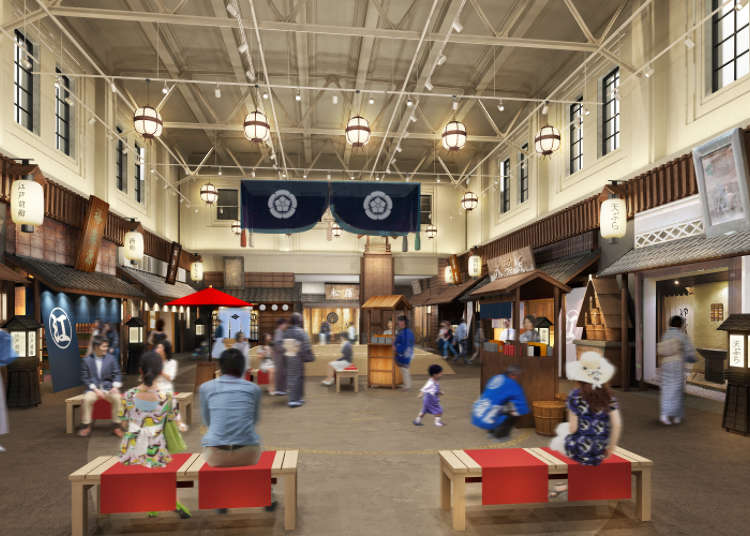 Travel back in time to the Edo Period with Ryogoku Station! In late November, the Old JR (Japan Railway) Ryogoku Station is scheduled to reveal its complete renewal, inspired by the area’s historical Edo culture. The station’s old style will bring with it the opening of new business under the name of “Ryogoku Edo NOREN,” based around the concept of “Enjoying the sophisticated Edo food culture,” particularly the themes of “taste,” “materials,” and “chefs.” The idea will extend beyond simply eating to include events focusing on traditional food culture.

Ryogoku and Japanese Cuisine: A Connection with Edo Period Roots 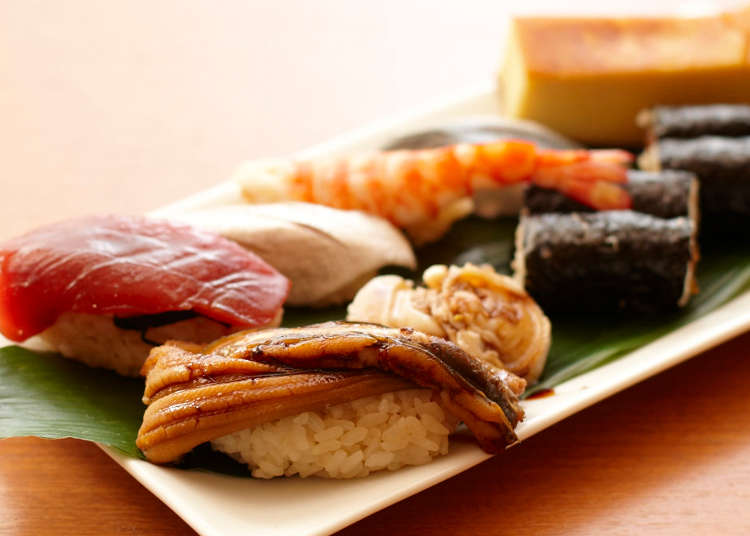 During the Edo Period, Ryogoku was home to the most flourishing population of merchants of that time. Ryogoku overflowed with the lively energy of the Edo people, and is said to be the place where nigari (hand-rolled) sushi first became popular. During the course of the Edo Period, certain themes ripened: Liveliness, sophistication, playfulness, along with various food culture. Ryogoku Edo NOREN aims to share the charm and fascination of Japanese cuisine with all who visit.

Ryogoku Edo NOREN will feature 12 shops, such as tempura, sushi, soba, and other Japanese restaurants, as well as special events relating to Edo food culture. The shops will also provide interaction with visitors to Japan and tour groups.

The Renewed Station With a Nostalgic Feel 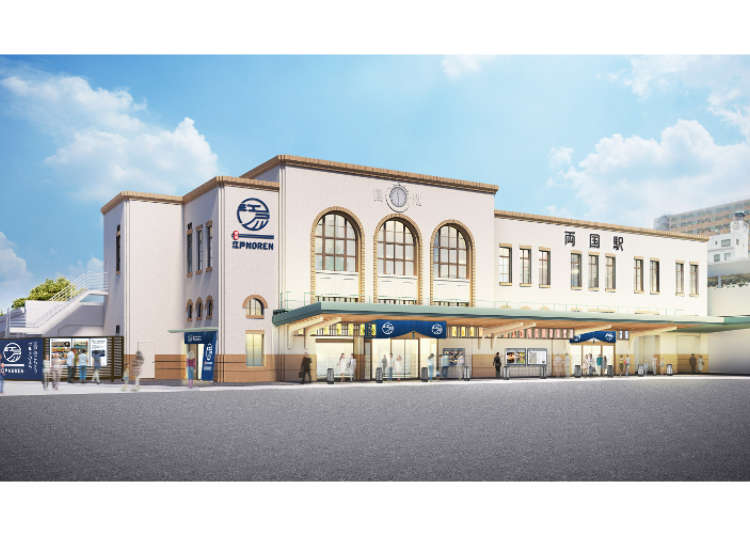 The new building will resemble historic 1929 Old Ryogoku Station. A vaulted design, three large windows, and a station clock in the center will give the building a nostalgic feel for days past, while being reborn as a brand new facility. The station atrium brings to mind the old Edo houses and sumo wrestling that helped shape the culture of the city.

Ryogoku as a Tourist Hotspot 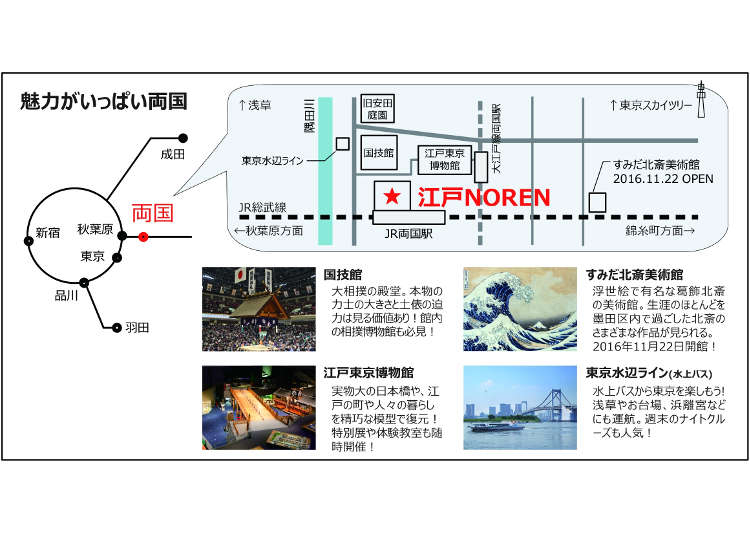 Ryogoku features a tourist information center within Edo NOREN, the Edo Tokyo Museum, Ryogoku Kokugikan (sumo hall), and the newly established Sumida Hokusai Museum. With all that Ryogoku has to offer, the area is sure to become even more popular with the new renovations.

East Japan Railway Company
*This information is from the time of this article's publication.
*Prices and options mentioned are subject to change.
*Unless stated otherwise, all prices include tax.