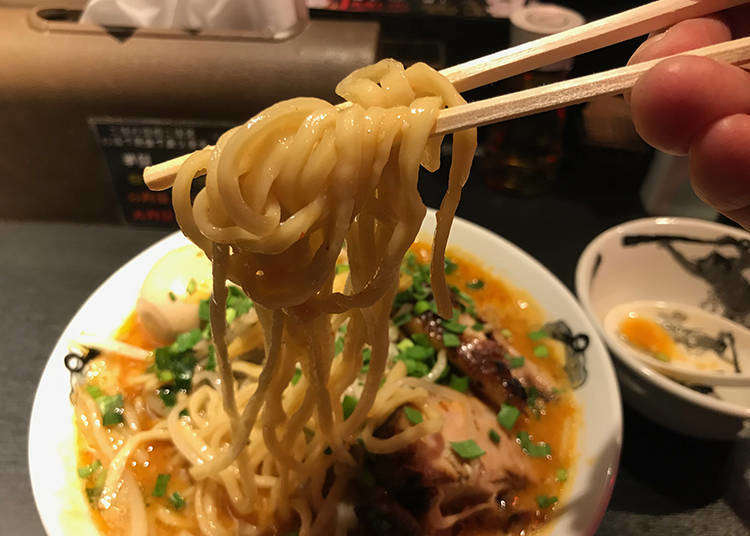 Ikebukuro is known as one of the best downtown areas in Tokyo. Once the tallest skyscraper in Japan, Sunshine 60 is a landmark and a lively gathering of commercial and leisure facilities.

Ikebukuro is also a student district with many universities and vocational schools. To satisfy their appetites, ramen shops need to be reasonably priced and offer delicious noodles. That's why Ikebukuro's ramen shops are high-level, and only the most competitive restaurants can survive.

Here are three of Ikebukuro's most popular ramen shops.

1. Karashibi Miso Ramen Kikanbo: A spicy taste that you can only find here! 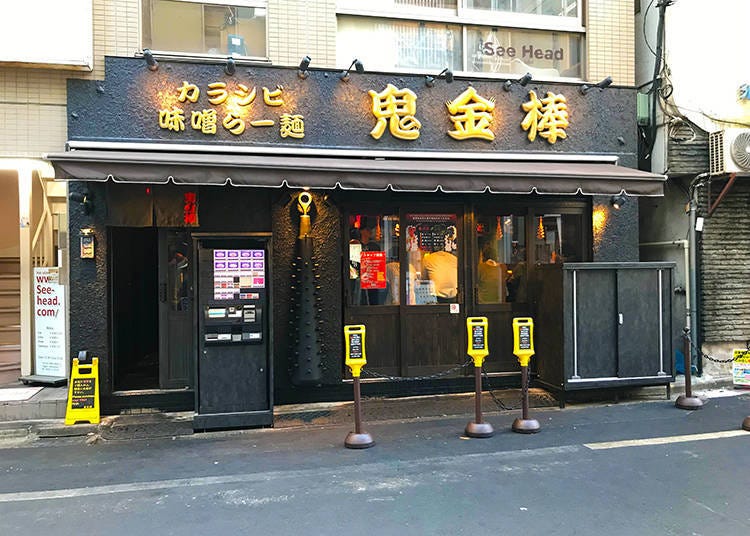 Karashibi Miso Ramen Kikanbo is a 5-minute walk from Ikebukuro Station. “Karashibi” is a coined by the shop and means “you can taste the sensation of tingling and numbness on your tongue at the same time.”

The secret is in the chili and spices used. “Kara” is an original blended of six carefully selected peppers and spices. “Shibi” is a fragrant oil made by adding flavored vegetables to Wakayama grapes and Sichuan pepper and then heating them at low temperature. Spicy miso ramen noodles have reportedly become less common, but are now popular among foreign tourists. Since the opening of the first store in 2009, there are now six stores – three in Tokyo and three in Taipei.

“Kara” and “Shibi” can be ordered in 5 levels of spiciness. If you like spicy foods, please try the hottest level! 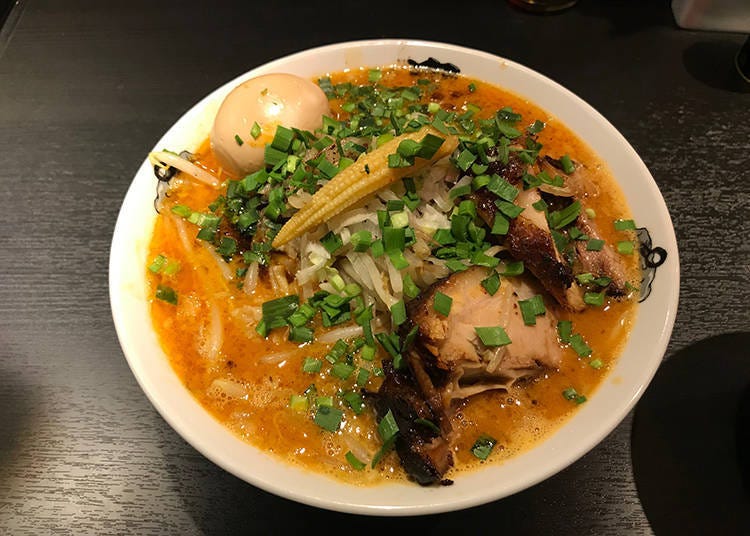 One of the popular menu items, “Special Karashibi miso ramen” (1,100 yen including tax) includes pork chashu, bean sprouts, and eggs. For the first try, both “Kara” and “Shibi” were ordered at “Normal” levels. Both can be ordered by selecting from 5 levels: “Without,” “Less,” “Normal,” “Increase,” and “Oni increase (plus 100 yen).”

There are also combinations such as “Uncolored” and “Shibi Oni Increase” – 25 combinations in all – and repeat visitors have plenty of options to find what suits them. The soup is available with meat or seafood stock, and then miso (seasoned Japanese fermented soybean) and spices are added.

The process is handled carefully to make the soup spicy, but without sacrificing taste. For meat stock, the main Kanda shop offers pork bone and chicken, while the Ikebukuro store uses only pork bone. 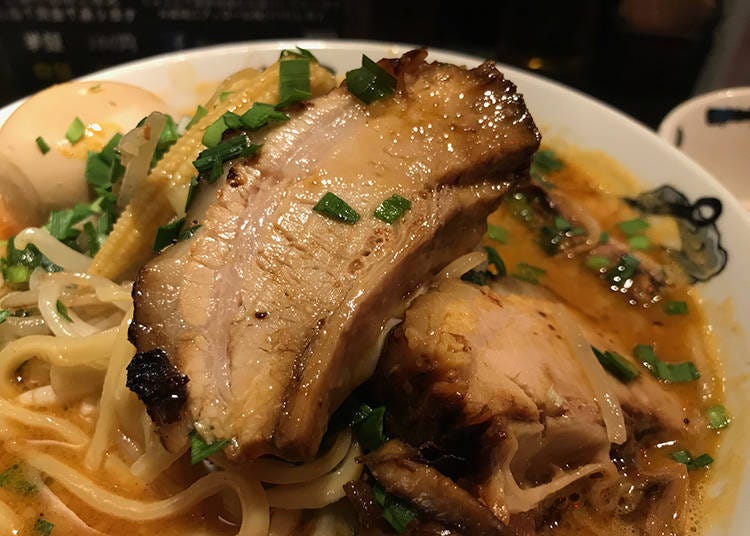 The curly noodles are medium-thin noodles made to compliments the soup. The famous simmered noodles are so soft that they can be easily cut with chopsticks 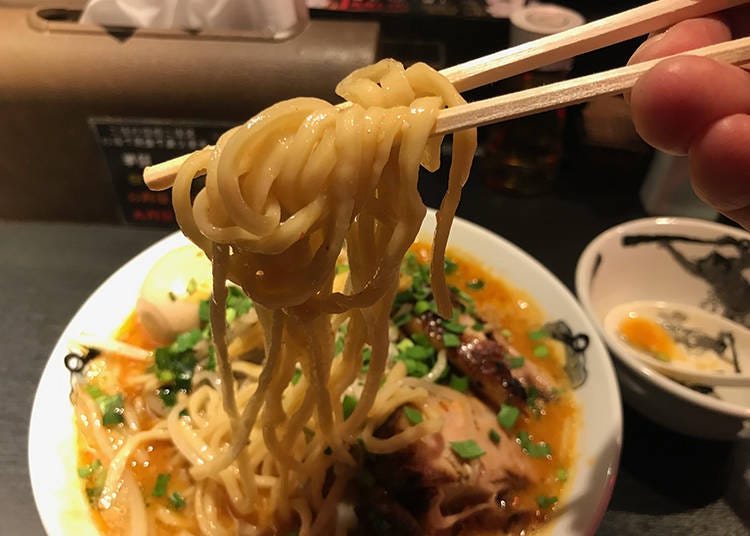 Another notable feature is the mixed noodles. In general, ramen is prepared using one thickness of noodles, so there is no unevenness when boiling them. Kikanbo mixes medium-thick, medium-thin, and thin noodles, so you can enjoy different textures with each bite. The different firmness of each kind of noodles and how they intermingle with the soup and spices create an amazing taste from the first bit to the last. 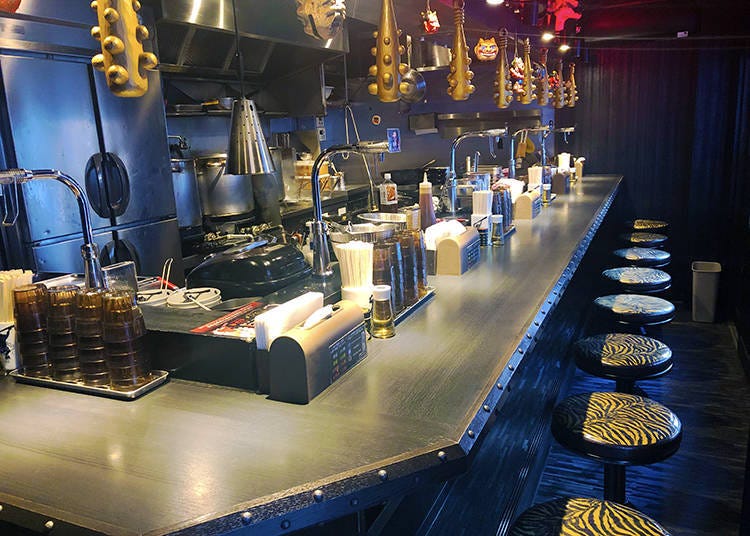 The name “Kikanbo” means “demon gold rod.” The demon is a monster with body like a human, but with horns and wears a tiger skin loincloth. Symbolizing strength and fear, they are said to become even stronger when carrying a golden rod. One available topping, “Young Corn” is meant to resemble a golden rod. The shop is also decorated in a fun demon motif with Japanese drums for background music. 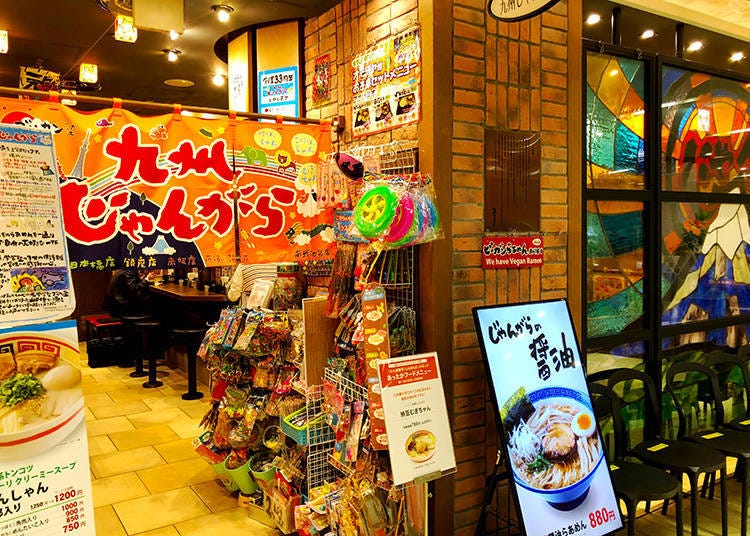 While the Ikebukuro branch opened in 2011, the first Tokyo store opened in 1984 in Akihabara. At that time, familiar soy sauce ramen with a light chicken base was familiar in Tokyo, and few Kyushu pork bone ramen shops were available.

Pork bone ramen has a unique is characterized by a richness not found in soy sauce ramen, and the cloudy soup is made by simmering pork bones for a long time. Kyushu Jangara Ramen quickly became very popular, and it has long been a leader in the ramen industry as become synonymous with “ramen you’ll line up for.” 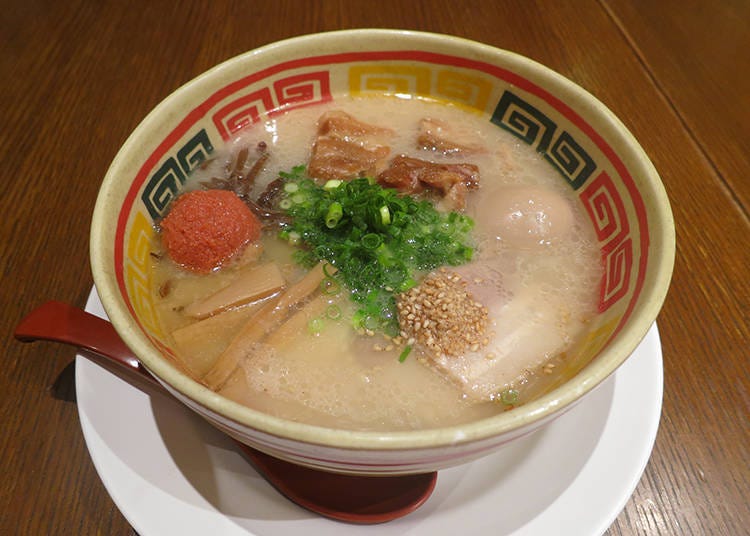 Their signature dish is “All In” (1100 yen including tax). “All in” is a unique expression of Jangara Ramen which means all toppings are added to the ramen. It includes three slices of simmered pork, seasoned boiled egg, seasoned bamboo shoots, mentaiko, chashu pork, kikurage, leeks, and sesame. 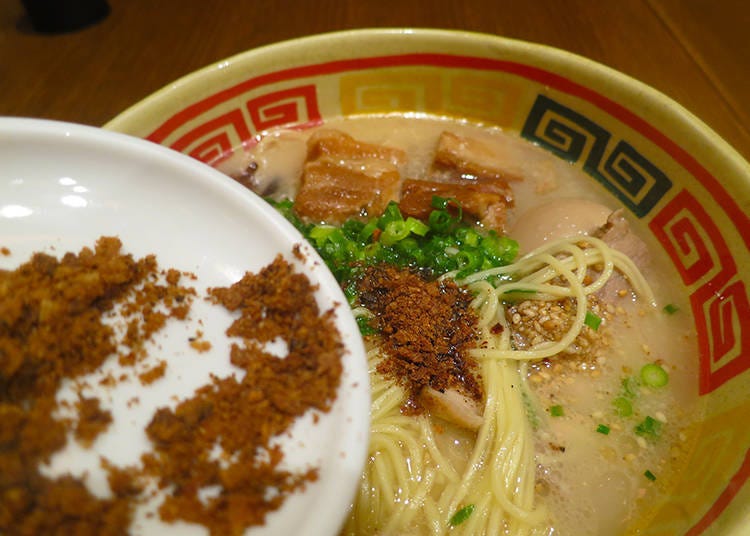 Another menu item, “Kapitan garlic” (60 yen including tax), is fried garlic served as an additional condiment not included in “All In.” The term “kapitan” finds its origins in the era when Japan was till closed to most of the world, aside from trade with the Netherlands. Dutch leaders in Nagasaki’s “Dejima” area were referred to as “captain.” Kyushu Jangara Ramen is characterized by the the incorporation of elements of foreign culture everywhere.

The culture of Nagasaki, is further represented in the menu’s combination of Chinese and Western cuisine and toppings like, “kakuni,” which is often called Nagasaki’s traditional “table dish.” Nagasaki was once the stage of intense Christian repression, that aspect of Nagasaki’s cultural history is reflected with the restaurant’s use of stained glass décor. 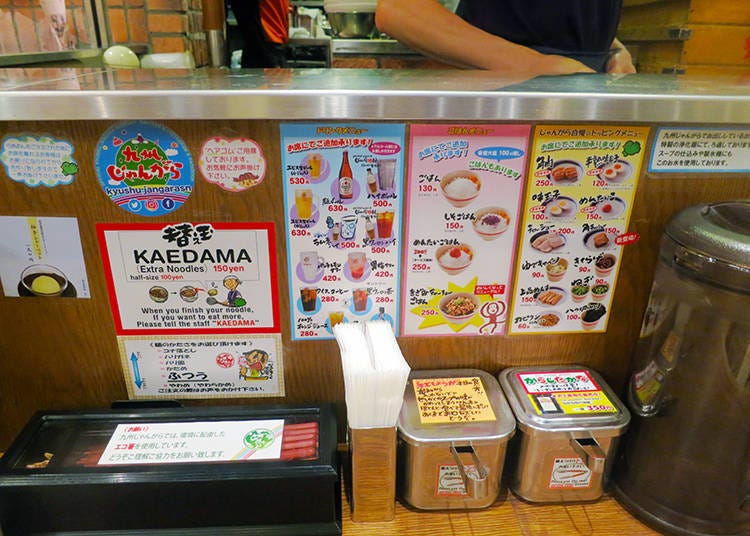 Tonkotsu ramen has its own unique culture called “kaedama,” which means you can order a second serving of noodles to add to your leftover soup. In addition to an English explanation of “kaedama” for foreign patrons, menus are available in English, Chinese, Korean, and Thai. For vegans “Japanese-style Yuzu Shio Vegan Ramen” (1000 yen including tax) is a suitable menu item

3. Chisoumen Mamiana: Open for 10 years in a competitive area - A shop where you’ll not mind lining up for the rich pork bone noodles 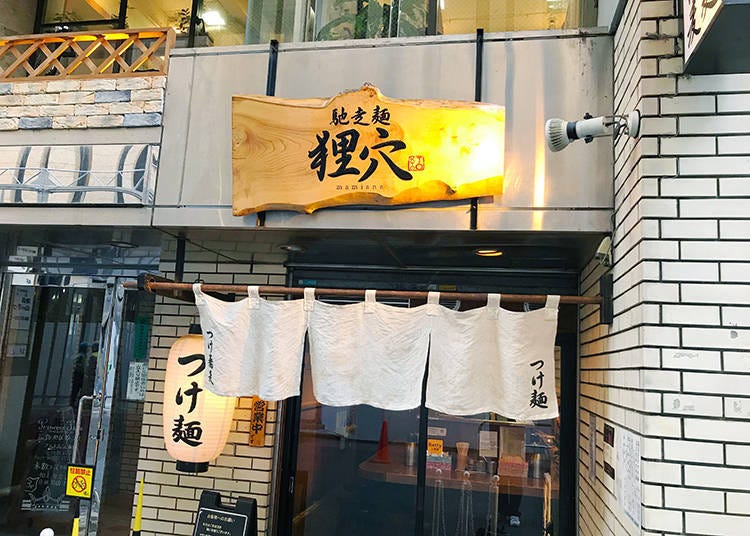 The area outside Ikebukuro Station’s East Exit is known as a ramen battlefield. In particular, many popular shops can be found in the area near Toshima Ward Office. Chisomen Mamiana opened in 2009 and always has a line of customers outside waiting to enter. Their specialty is “tsukemen,” which has separate soup and cold noodles. The noodles’ flavor is similar to standard ramen, but since they’re cold, they’re refreshing to eat even on hot summer days. 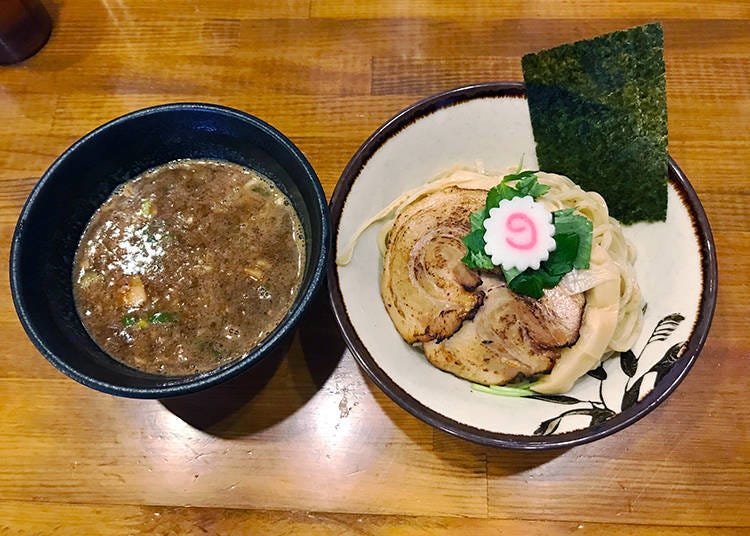 The signature dish is “rich seafood noodles,” with a rich soup base made with pork bones, chicken breasts, and seafood dashi. While boiled bonito is the typical main ingredient dashi, Chisomen Mamiana uses niboshi (dried sardines) dashi. Niboshi is more popular among Japanese ramen fans because it has a more stronger fish flavor than bonito dashi. However, it can be slightly bitter, so it may not be to the liking of overseas visitors. The pork fragrant, and two large pieces are included. 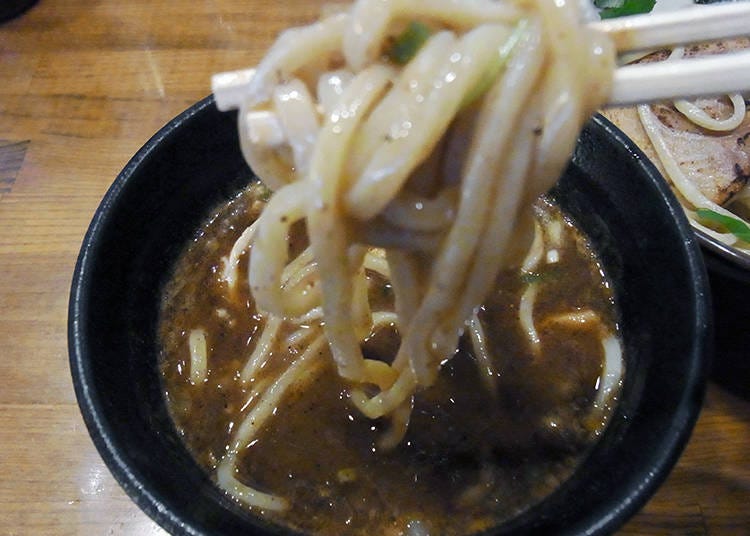 The noodles here are a must-eat. As thick as udon noodles, they take 10 minutes to boil. If you look closely, you can see some of the brown whole grain flour from which they are made. Whole grain flour is characterized by the fact that both skin and germ are used when wheat is ground. Chisomen Mamiana uses whole wheat flour made from 100% Hokkaido wheat. Standard portions are about 220 grams of noodles, but larger 330g and 440g servings can be ordered. 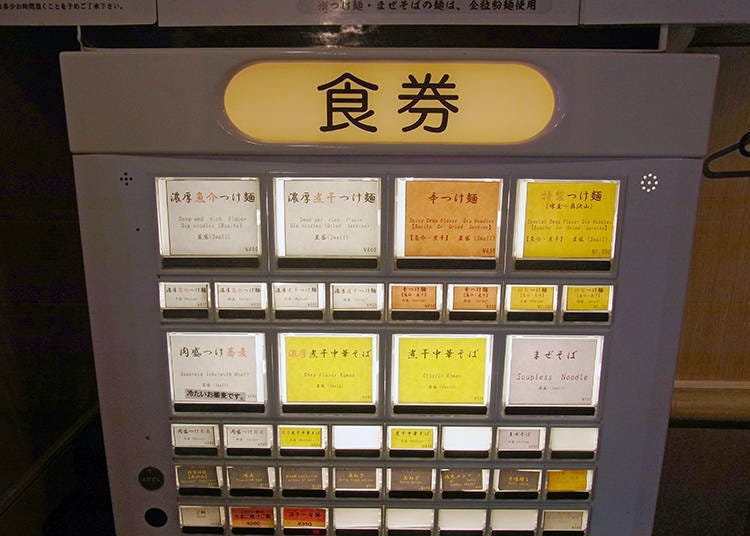 The shop uses the ticket system, by which you purchase a ticket for the menu item you want and then hand it to your server. The English is conveniently printed on the ticket machine's buttons.