When it debuted in Nakameguro in 2014, the Blue Grotto Illumination attracted a large number of visitors.
Since 2016, this winter illumination event, in which trees and surroundings are bathed in quiet beauty by some 550,000 blue LED lights, has been held in Shibuya.
Around 800 meters long, it can be experienced along the way from Shibuya Koen Street to Yoyogi Park. 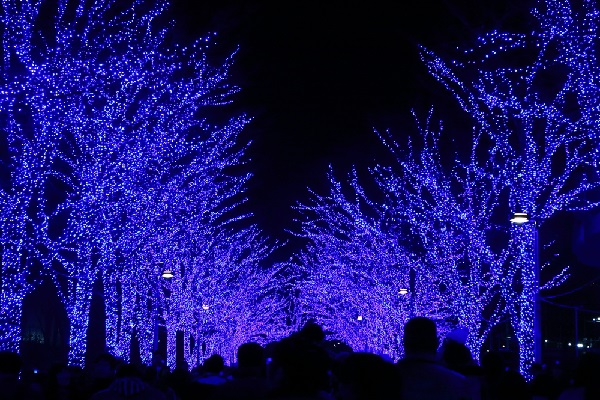 Usually held in front of the Tokyo International Forum in Yurakucho, the Oedo Antique Market also makes its way over to Tokyo’s west side on specific dates.
With around 180 dealers, a variety of antiques can be found: from handmade Japanese ceramics and paintings, to specialized utensils used in the tea ceremony, and even Showa era (1926-1989) tin toys.
Beyond this, there are also usually a fair variety of anime and manga collectables for sale as well.

Currently one of the largest parks in Tokyo, the area Yoyogi Park comprises was once a training field for the Imperial Japanese Army (1871 - 1945).

In 1910, it was also where the airplane flew for the first time in Japan, and you can even see a monument commemorating the occasion in the park.

After Japan’s defeat in World War II, the area became known as Washington Heights and home to US military facilities.

When the Tokyo Olympic Games were held in 1964, facilities were built in Yoyogi Park to house athletes from abroad.

After the Olympics came to a close, Yoyogi Park was reopened in its present arrangement in 1967.

Here in the open space, many people come to practice musical instruments, theatrical performances, dance—and even flair bartending tricks.
Occasionally, music street performances are also conducted.
There are three fountains in the central pond, and it is lit up at night. 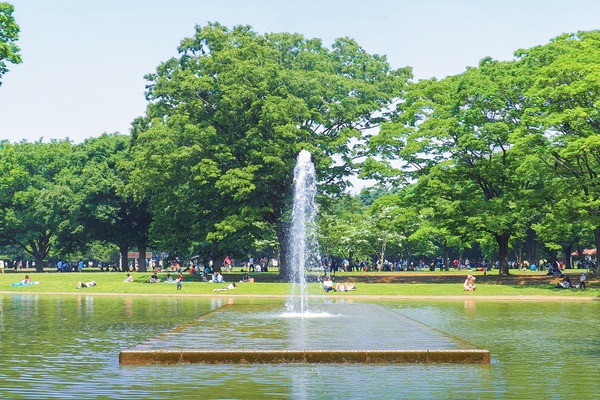 There is a wooden pedestrian deck overlooking the park. 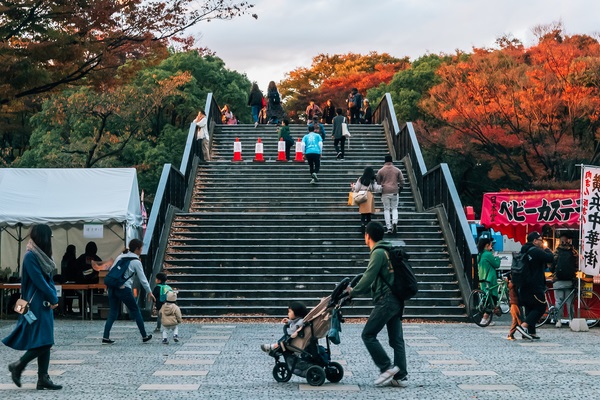 A number of keyaki trees (a kind of Japanese elm) are planted along the main street, letting you experience a typical Japanese landscape. 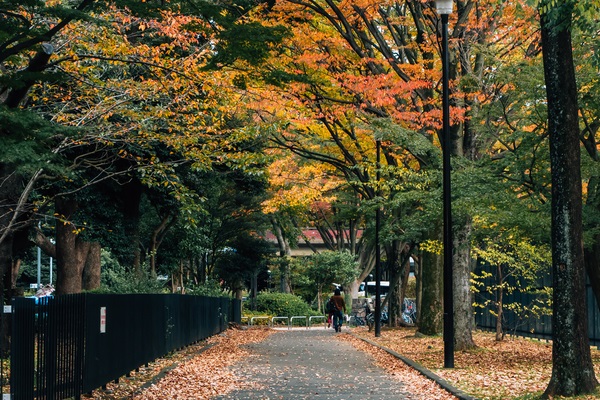 Also in Yoyogi Park there is an area set aside for use as a dog run.
This is divided into three zones: one for ultra-small dogs, one for small and medium dogs, and one for medium and large dogs. 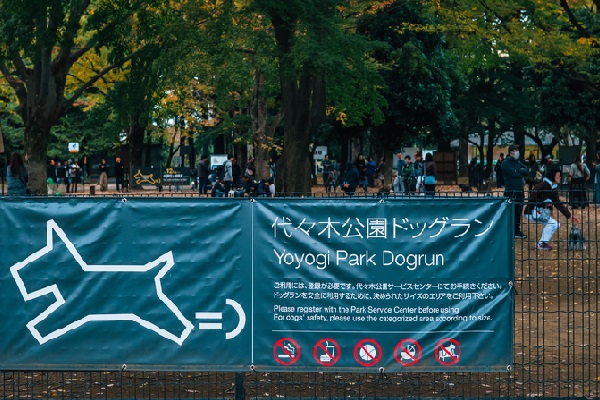 There are bird sanctuaries where a variety of birds can be observed. 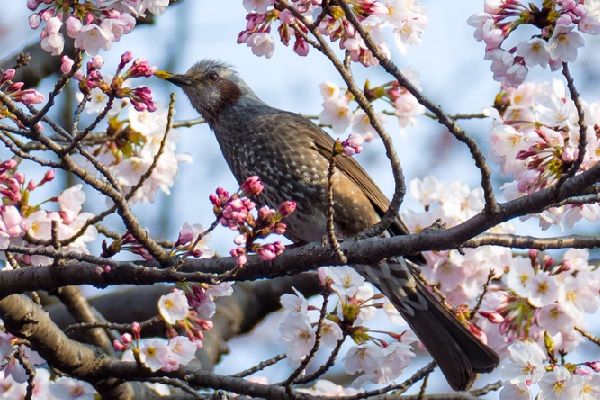 Also winding through an area of the park is a cycling course.
You can bring your own bicycle or rent one at the cycle center.
Tandem bicycles are also available.
A separate cycling course for infants is also available.
Business hours: 9:00-16:30 / Closed: Monday
Price: from 210 yen per hour 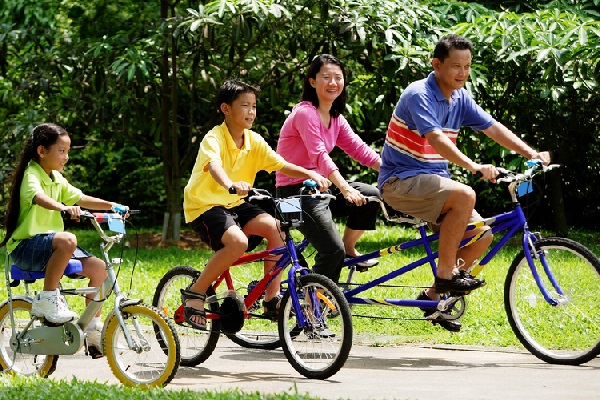 There is an outdoor basketball court between the soccer field and the athletic field which was donated by Nike.
The court is popular especially with younger people, irrespective of nationality. 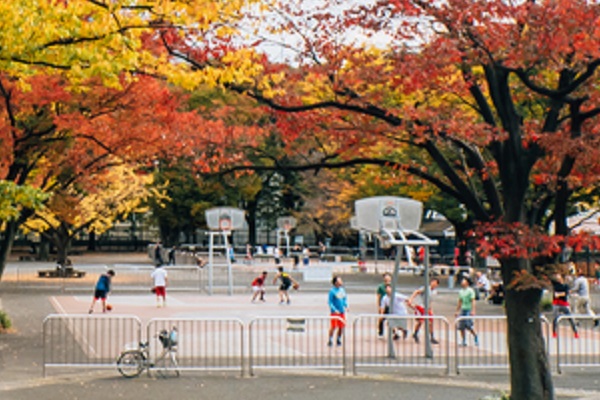 In case of major disaster or emergency, access to clean water is maintained at the park.
Clean tap water would be offered free of charge in time of disaster.

As evident from the sound emanating from ventilation openings around the park, the Tokyo Metro Chiyoda Line runs beneath Yoyogi Park.
There is also a train garage here, which stores up to eight trains at a time.
Since Japan is a small country, we are making effective use of the underground.

Aiming to boost Japan’s position as a competitive nation in the sport of soccer, the Tokyo metropolitan government plans to construct a soccer stadium in the area where there is currently a track stadium, soccer / hockey field and outdoor stage in the south of Yoyogi Park, with completion expected by 2025.

* The following contents were edited by LIVE JAPAN by researching information disclosed on websites. Please use them for your reference.

Yoyogi Park is the fifth largest among the Tokyo municipal parks within the 23 wards of central Tokyo, and many families and couples, regardless of age, visit the place during the weekends. The trees that were still young when the park opened have grown fully today, and a third of the park grounds is now covered with a dense green forest. The central field is wide open and covered with green grass. The three large and small fountains provide a wonderful water attraction too. A bird sanctuary (a natural reserve for wild birds) where visitors can watch various wild birds, as well as an observation deck, are also situated within the park. At the cycling center, bicycles are available for rent, and visitors can go around the cycling course in the park. The bicycles are not just for adults and children as there are tandem bicycles for two people, such as couples and families. The park is a three-minute walk from the JR Harajuku station.

※ The above information was correct at the time of updating, but there may be changes to actual prices. Please confirm the current prices when visiting.

How To Information
See More