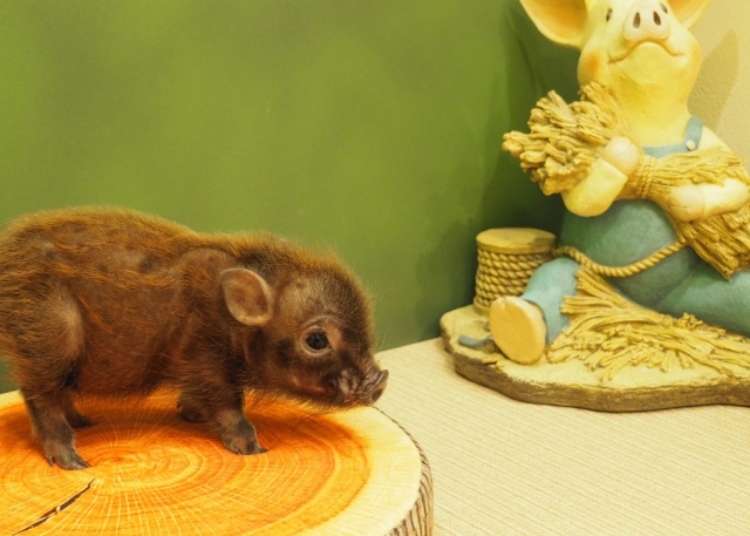 Mipig takes its design inspiration from the story of The Three Little Pigs.
Japan is well known for its cat, rabbit and hedgehog cafes, but last year, Tokyo’s first-ever micro pig cafe opened in the city’s Meguro neighbourhood. Called Mipig, the cafe proved to be such a hit that they’ve now opened up a second branch in a more central location in Shibuya’s Harajuku district, and we were lucky enough to stop by before the 8 November grand opening to see what the brand new premises looked like.

Located just behind the Alta complex on Takeshita Street, the new cafe is easy to find, especially with its eye-catching wood-like appearance. When we arrived outside, we walked through the hollowed out stump of a tree, and as we stepped inside and took off our shoes, there was a sense that we had now entered the world of the pig. 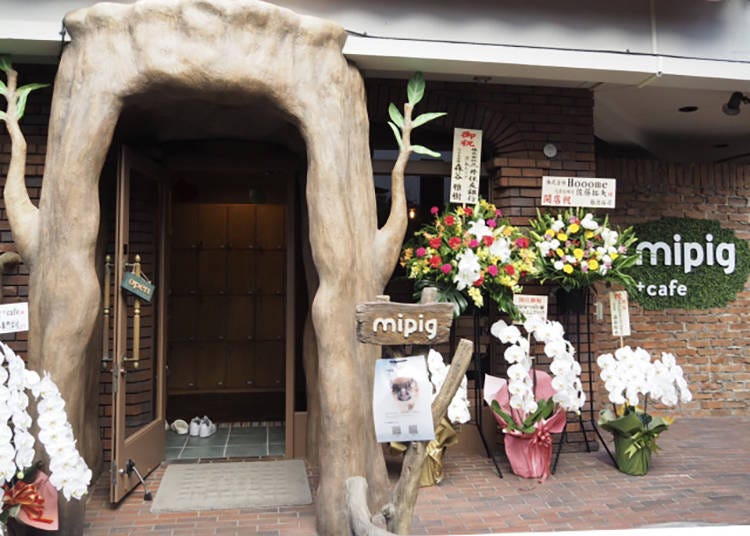 ▼ After putting our bag and shoes in a shoe locker… 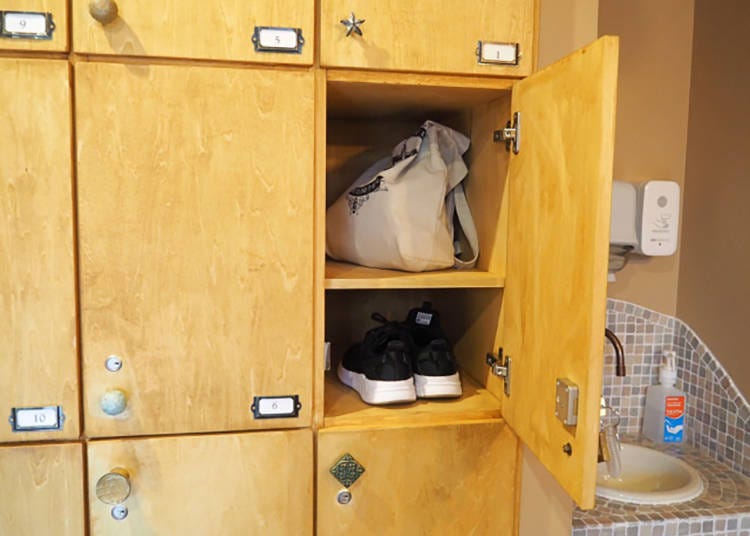 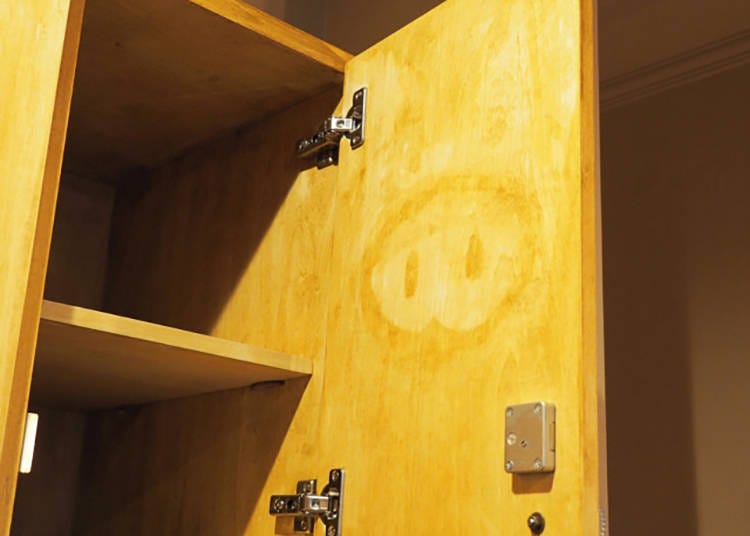 ▼ And disinfecting our hands… 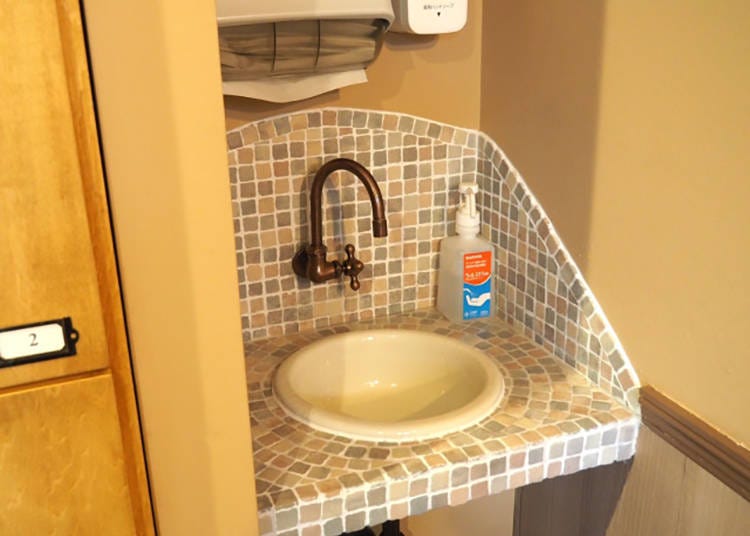 We were given a rundown on the rules, which included points like cash-only payments accepted, no flash photography, and a one-drink order minimum requirement for each guest. 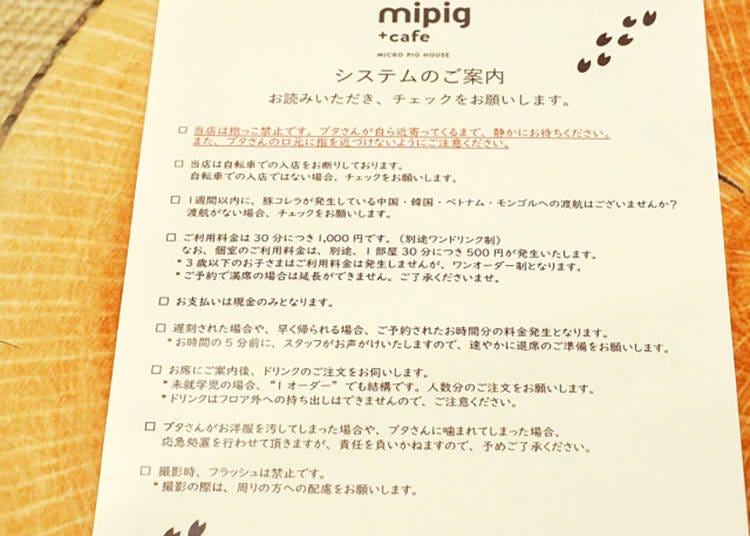 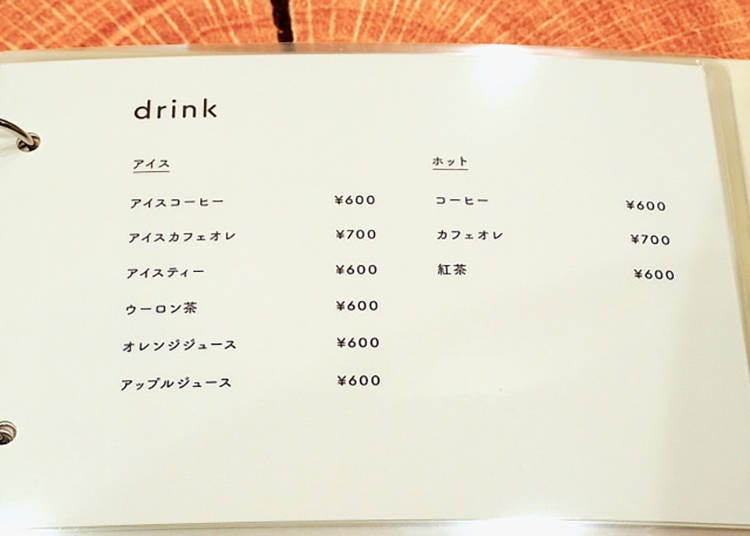 ▼ Sweets include a roll cake, a chiffon cake, and a special “Pig Cake”, which is limited to 10 people on weekdays only. 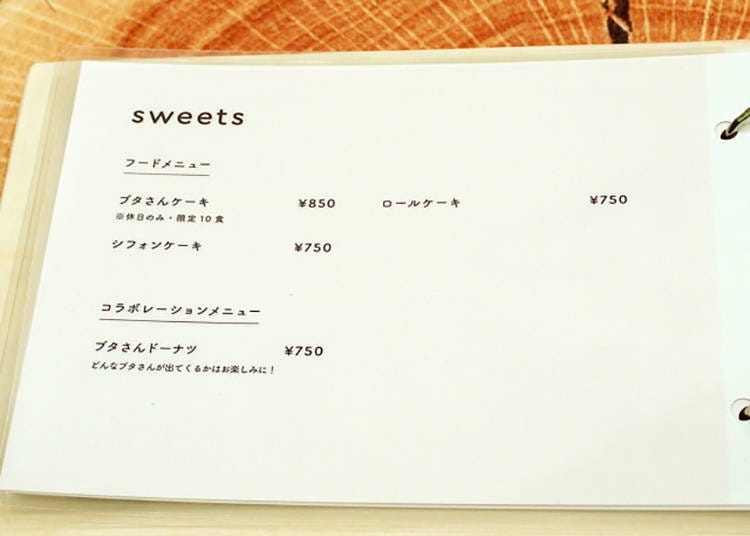 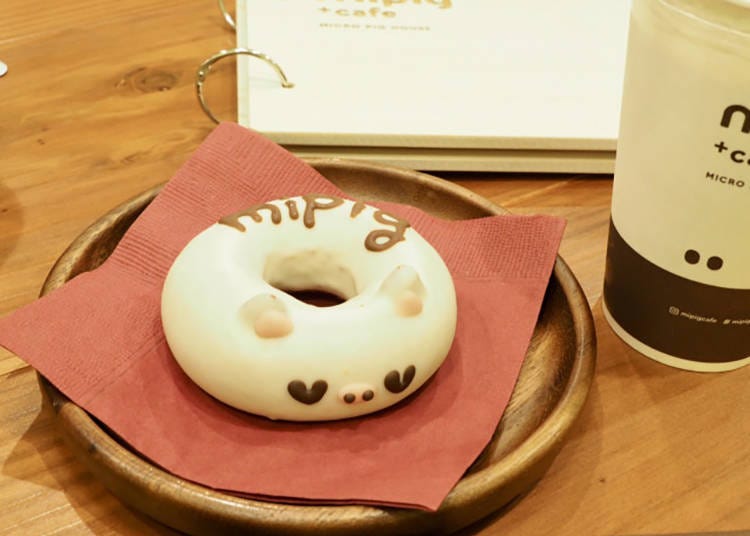 The main feature of the Harajuku store is the two different types of spaces available for visitors: an open-plan area and a selection of semi-private rooms. When you first walk in, you’re greeted by the large, open area, which has a huge tree seemingly growing through the ground and ceiling in the middle of the floor.

▼ This space looks like something out of a picture book. 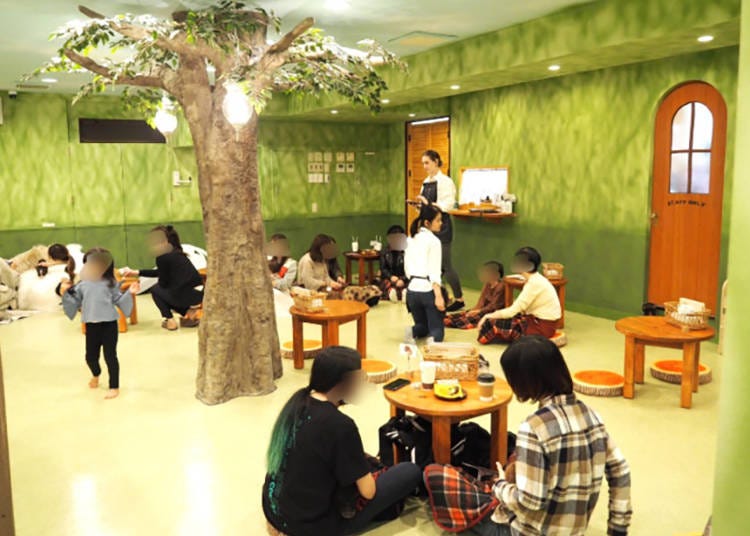 There are three semi-private rooms, each inspired by the Three Little Pigs fable, with one decked out with a wood entryway, one featuring a brick facade, and the other resembling straw. 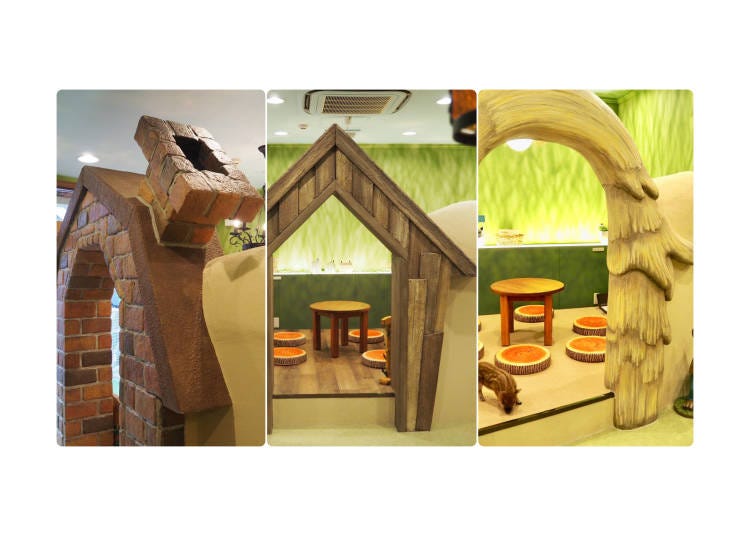 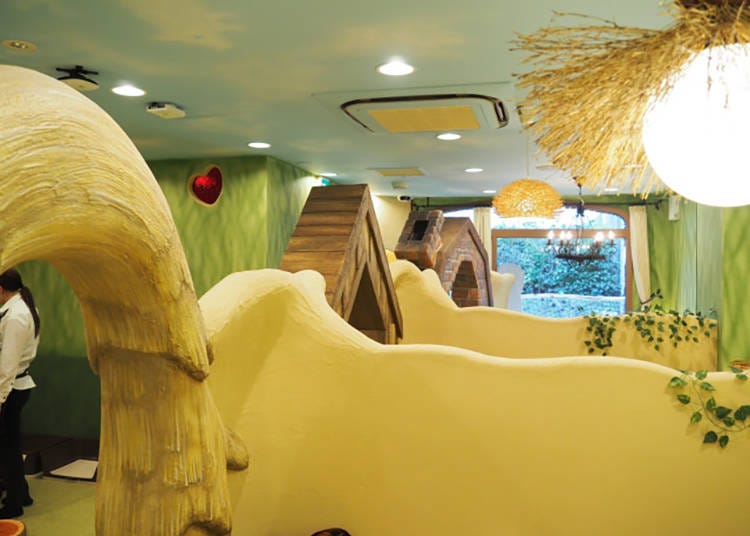 ▼ The brick room has a view of the outdoor area. 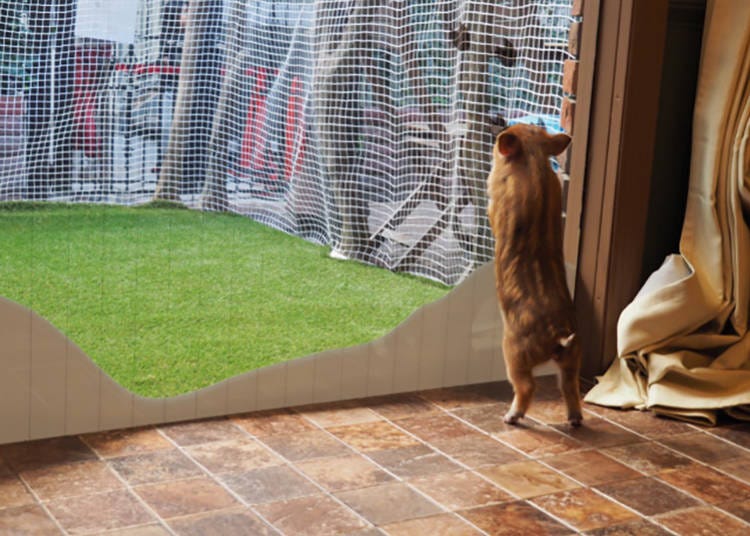 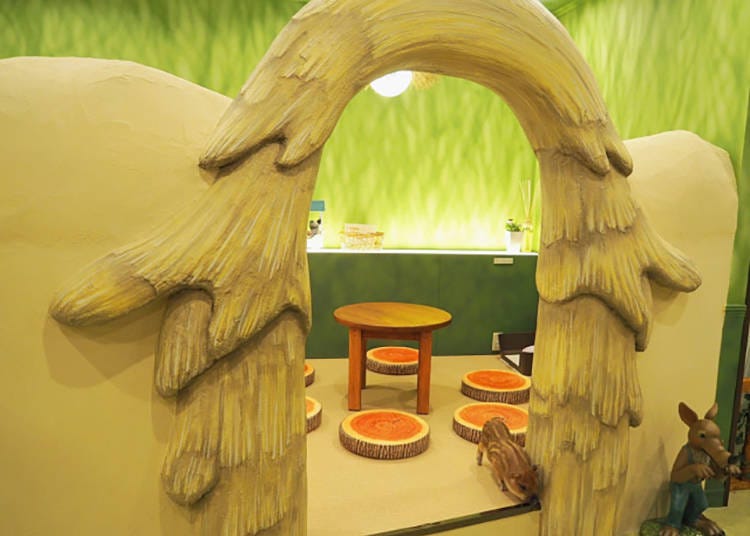 The pigs tend to gather in one place together, but they’re also smart and curious, so you’ll often see them scurrying about, exploring their surroundings. And while you’re not allowed to pick any of the pigs up off the floor and carry them wherever you like, the staff are able to entice them over to where you’re sitting so even if you’re in one of the semi-private rooms you’re guaranteed to have a piggy encounter. 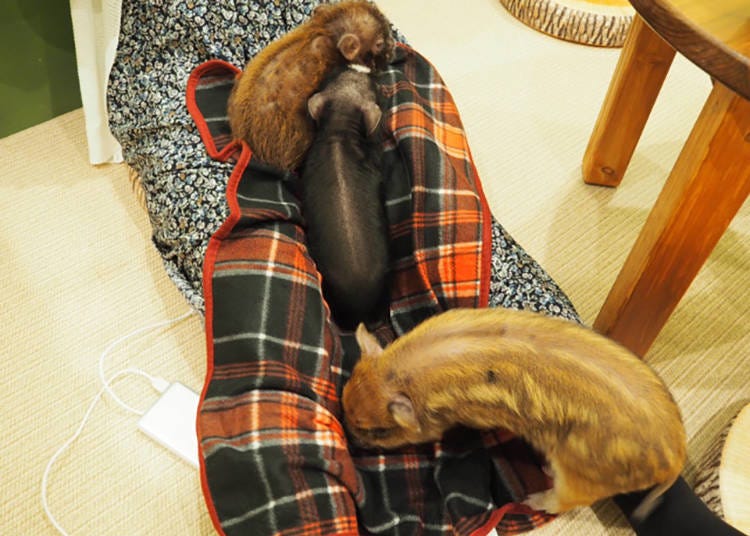 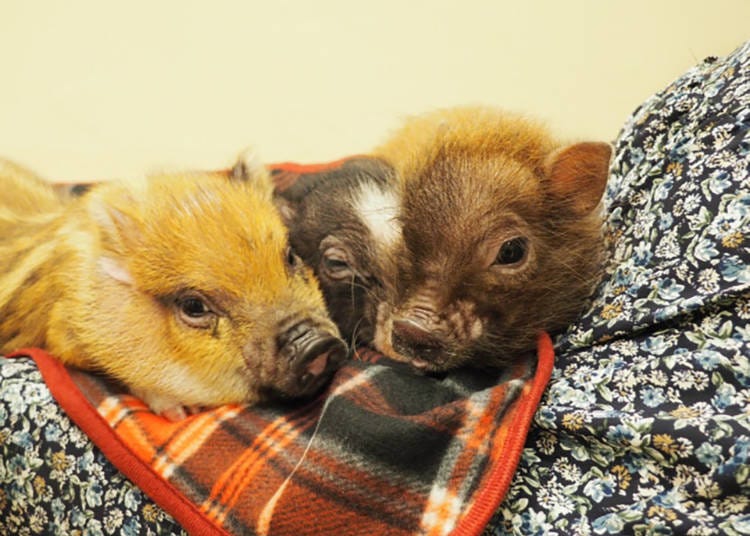 One of the most surprising things about this new location is the fact that they have a special photo spot set up, with a bed and sofa that’s perfectly sized for little pigs. 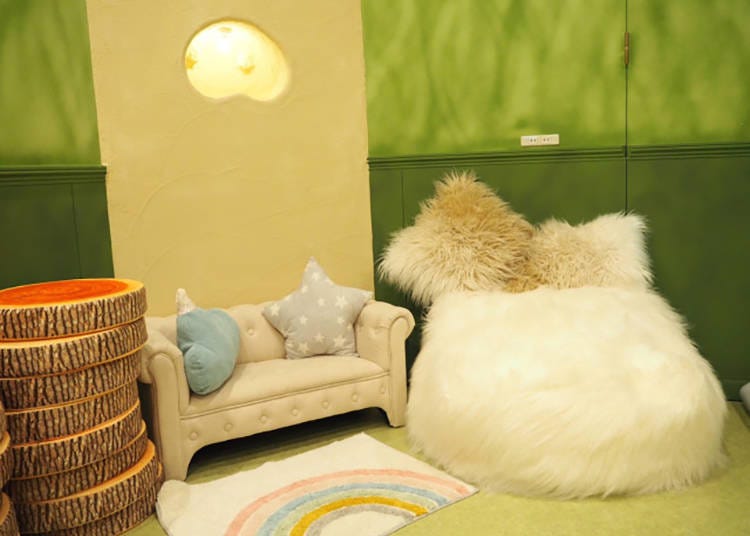 ▼ Just a pig posing for the ‘Gram. 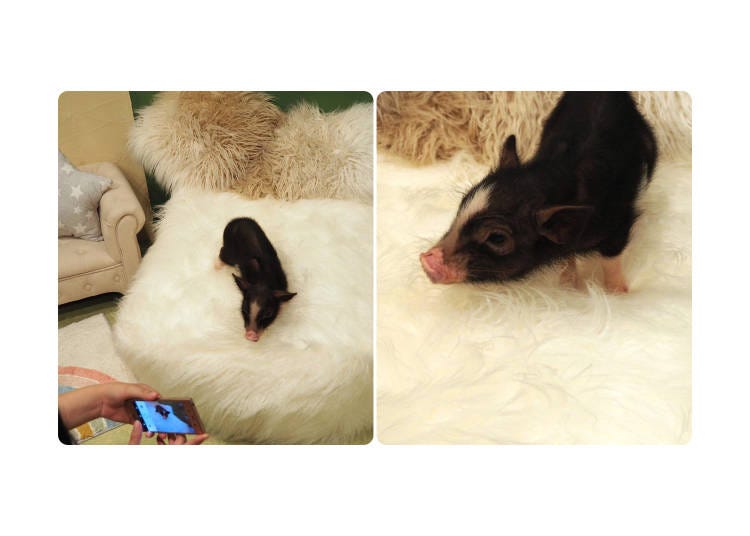 The photo spot area is incredibly cute, but it’s not the only place where you can snap a good picture of the piggies, as the whole cafe is decked out in photo-pleasing woodland-esque decor. 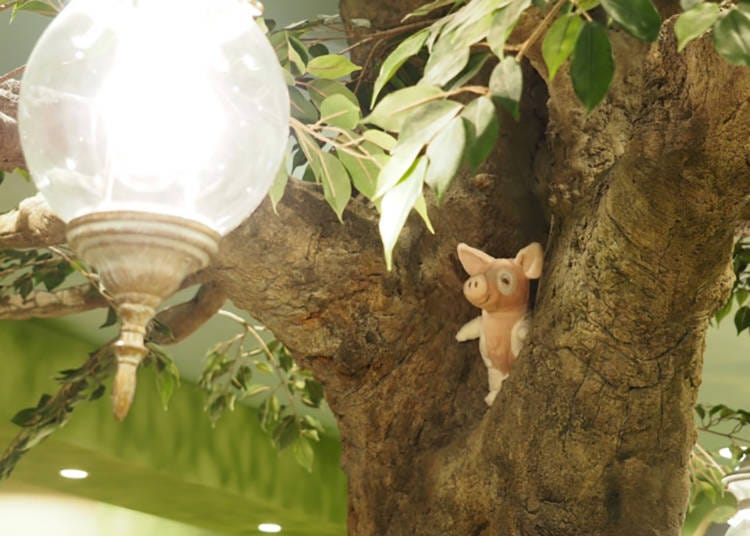 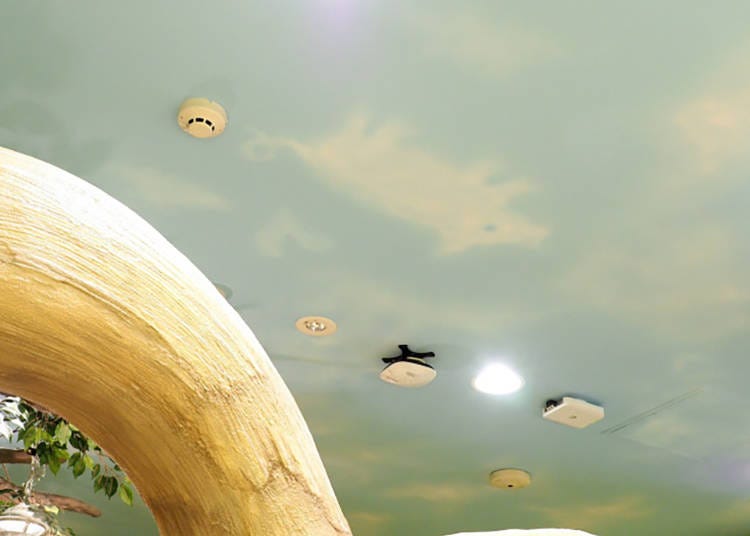 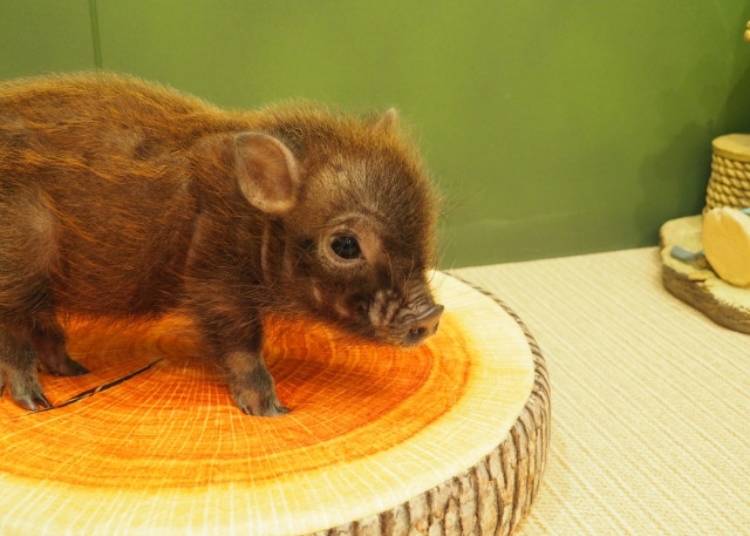 Each guest pays a fee depending on how long they stay, with Mipig charging 1,000 yen per 30 minutes. Snacks for the animals can be purchased separately for an additional fee.

Reservations are required and can be made in English here, or here for the semi-private rooms, which cost an additional 500 yen per 30 minutes. Mipig Cafe Harajuku looks set to be incredibly popular with locals and tourists alike, so be sure to book early to avoid missing out, or else you’ll have to try your luck at the Meguro branch, which is just a short train ride away.

Japan’s first-ever micro pig cafe opens in Tokyo 【Pics & Video】
Have coffee with adorable piggies at Tokyo’s brand-new micro pig cafe in trendy Harajuku
Disney Store is all grown up with new branch designed for adult women opening in Tokyo
Japanese Internet cafe chain evolves into Internet hotel great for backpackers, budget travelers
Steamy Heinz Japan commercials urge married women to have affairs with handsome pig【Videos】
*This information is from the time of this article's publication.
*Prices and options mentioned are subject to change.
*Unless stated otherwise, all prices include tax.