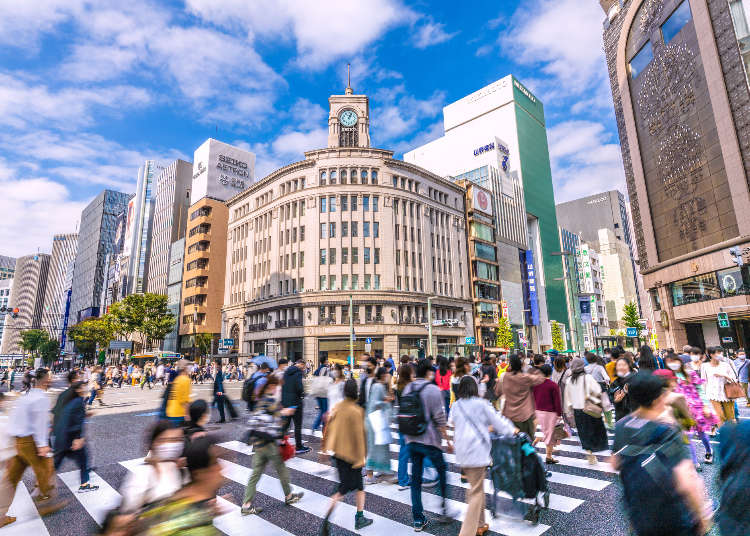 Japan's good record of public security and excellent customer service has made it a top destination among many tourists. You might assume tourists only stick to sightseeing spots like Kyoto and traditional temples because of the uniquely Japanese experience they provide. Still, the truth is, ultra-modern areas like Ginza in Tokyo are pretty popular among visitors from overseas as well!

Here, we'll dig deeper into Ginza's popularity by interviewing a few of our international friends about what things to do in Ginza that they found interesting, and if they experienced any culture shock during their visit. (All statements are personal opinions.) 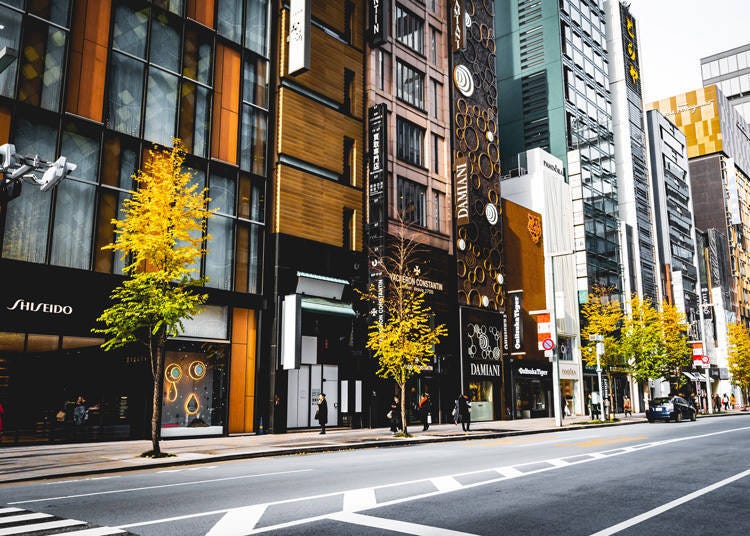 "I was really surprised by how clean the streets were," remarked a Canadian man. "There wasn't a single rubbish bin in sight, yet you can't see rubbish anywhere on the ground. That's just amazing! Another thing that surprised me was the Kabuki-za building's exterior, with its fantastic design and lovely color combination. Just wonderful!"

A British woman added, "The huge amount of high-end department stores and specialty shops lining the streets was a pretty moving sight for me!"

Our non-Japanese interviewees seemed to largely be surprised by how clean the area is. This certainly speaks well of the Japanese people's etiquette about cleanliness!

Another aspect of Ginza that moved many visitors was the majestic view of rows upon rows of classy boutique stores in beautiful and historical buildings. Even walking down the streets of Ginza can be a pleasure, and this activity is enjoyed by so many, it has earned itself the nickname, "ginbura", which means Ginza-stroll.

2. High End and Cheap Chains on the Same Street?! 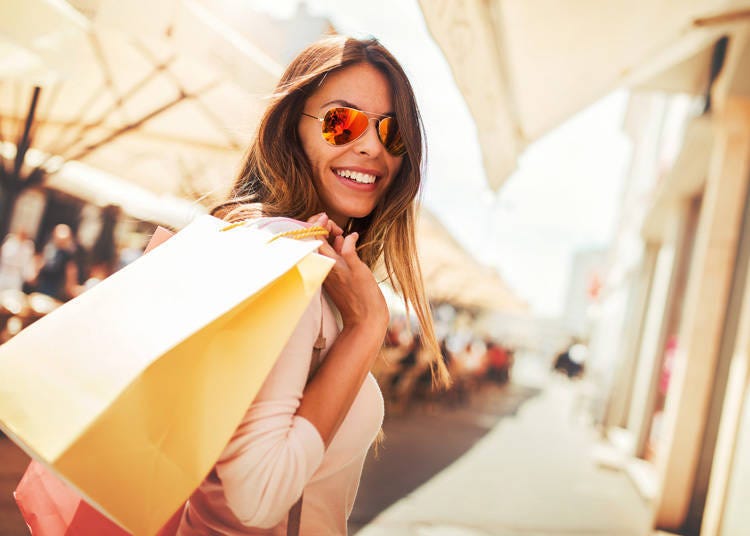 "The classiness of the place did surprise me at first, but I got tired of the glitz pretty quickly. My wife is an avid shopper and she loved it, though," said a Canadian man.

An American man remarked, "I knew about the high-end luxury boutiques, but I wasn't expecting to see value brands like Uniqlo and GU situated right next to them. That was something surprising for me."

The activity most commonly associated with Ginza is, needless to say, shopping! With so many department stores and branded boutiques to explore, one day simply wouldn't be enough to investigate everything that caught your eye!

On the other hand, if shopping isn't your kind of thing, Ginza may very well become a town that you will tire of quite quickly, as one of our interviewees mentioned. It's probably the same thing for local residents too.

Although Ginza is more well-known for its classy feel, it has its fair share of shops featuring products with more down-to-earth prices too, so shopping doesn't necessarily have to be costly here. Anyone who loves to shop will absolutely be able to find something within their budget in Ginza, despite appearances! 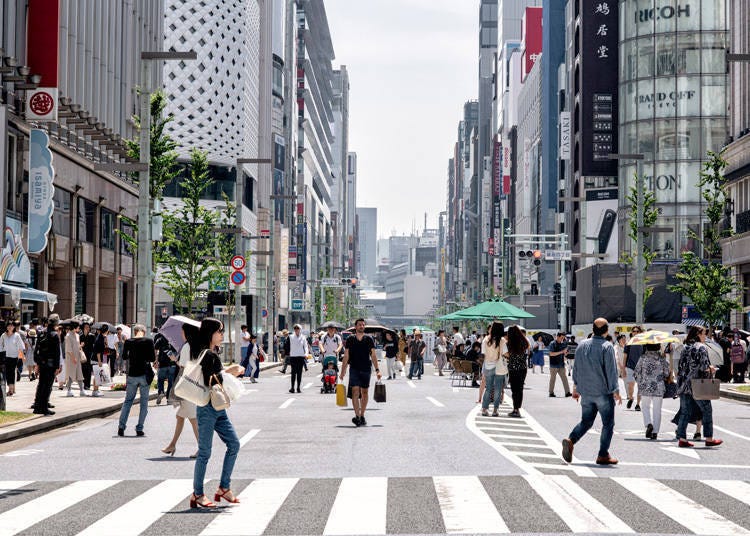 A British woman said, "There's an event called Pedestrian Paradise, where roads are closed to cars, and pedestrians get to walk around on them during certain times. It was pretty special!"

"This makes the pathway so much wider for pedestrians and easier to get to places," added a Canadian man.

"It's easy to walk around in Ginza - even the back streets are pretty spacious," said an American man.

The large-scale Pedestrian Paradise is a unique cultural aspect of Japanese city life, as roads are not typically closed to vehicles in Tokyo. Even local-born Japanese from other parts of the country get excited when they first see this activity in action!

As for the opinion that Ginza's streets are pretty broad, this writer was actually surprised to hear that! Japan is, after all, notorious for its narrow roads and small spaces. However, indeed, towns and areas with a culture of holding “pedestrian paradise” events often have main streets that are wider than usual. Back roads, though? Certainly an opinion this writer doesn't quite share... Nevertheless, one has to admit that different people will perceive things differently - even and perhaps especially the concept of space! 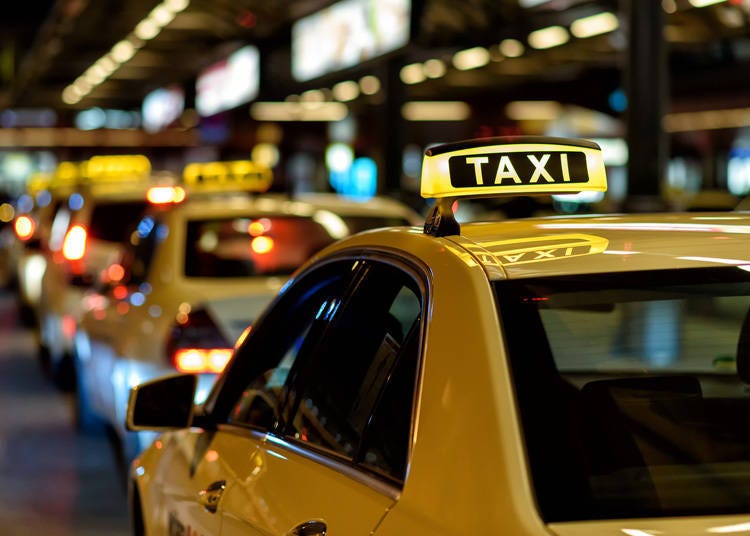 "I tried to flag a taxi, but nobody would stop for me! That was somewhat shocking. A friend later informed me that during certain time slots, taxis are only allowed to pick up passengers from designated taxi bays."

A British woman said, "What surprised me was how easy it was to get lost in the subway station. There were a lot of entrances, so getting into the station was a piece of cake, but trying to find the train I had to take was another matter altogether. I don't know why, but I just couldn't find the right platform and had to check the signage so many times."

These are problems even Japanese people struggle with - difficulty finding an appropriate place to flag down taxis, or not being able to get a taxi because every single one is occupied! So friends from overseas, please know that we feel your pain and frustration in times like these.

In many other countries, hailing a taxi is usually the most convenient way to move around. However, because cabs may be more expensive in Japan than they are in other Asian countries, many tourists do find it challenging to justify frequent usage of this mode of transportation during their trips.

In which case, that leaves many people with the train service, but we all know how convoluted the stations and routes can get! Even if you don't get lost, you may end up walking around awkwardly inside the station, looking for the correct platform or the right way out. Train stations in Japan aren't always the most intuitive, after all, especially for tourists.

If these transportation pain points are addressed and improved, perhaps even more tourists would find visiting Japan an attractive option for their next trip!

5. One mango costs how much again?! 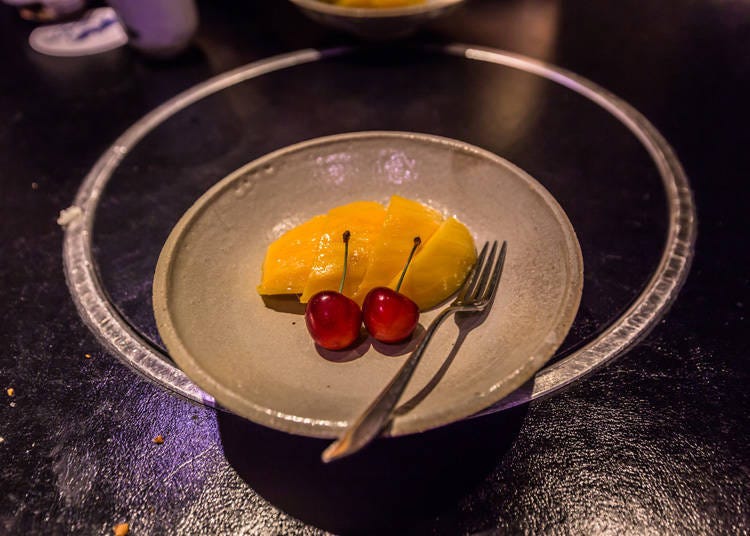 Finding food fuel in Ginza, a town that's well-known as a high-end shopping street, may seem like a recipe for budget disaster, but let's see what our international friends had to say about the food situation there.

According to an American man, "When you stroll along the back streets, you're bound to stumble upon old and historic buildings or small shops and restaurants, all lined up snugly alongside each other, which was a surprising sight for me. I have to say, one mango costing $55 really threw me for a loop! In my home country, I can get one for just $1! That was quite a culture shock."

Many of our international friends find that the restaurants in Ginza are much more approachable than they initially thought. Looks like Ginza gets a passing grade as a tourist attraction in terms of food and cuisine, then! Eateries are easily found in department stores, along main streets, and tucked away inside quaint back alleys, so finding one that suits your palate could very well be an adventure in itself!

The mango story definitely left an impression on this writer, too. A "mango branding" phase swept through Japan recently, and the mango he saw was most probably one such branded mango. This clearly highlights the different sense of values each country may have and is truly something that can only be experienced when going on a trip to another country!

6. Union of things old and new! 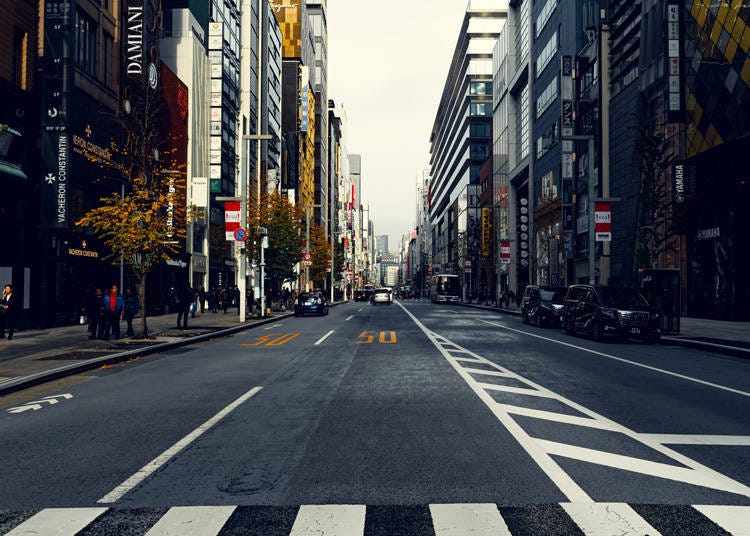 We've gone into quite a bit of detail about what foreign visitors liked about Ginza, but now let's hear their general thoughts about the thriving town itself.

"Lots of luxury shops from well-known international brands here. It feels a lot like New York's 5th Avenue or London's Bond Street, down to the high-end hotels and vibrancy! That was something pretty surprising to me, you could say. Somehow, though, Ginza feels like a newer town than those places," said an American man.

Our American friend mentioned the newness of Ginza. This writer has never been to New York or London, so it's challenging to make a comparison in my mind. Still, I believe what he meant is how Ginza is quick to absorb new trends and cultures, giving it an ever-changing appearance.

From old and historic buildings like Kabuki-za to ultra-trendy shopping streets, discount shops, and cozy back street restaurants, because the locals here are not caught up in pursuing the fixed concept of "nothing but branded goods," Ginza has been allowed to develop freely in organic ways.

The result? A multifaceted town that continually reinvents itself and keeps its shine by subtly and harmoniously combining the old and the new.

Ginza - a town to be enjoyed now and into the future 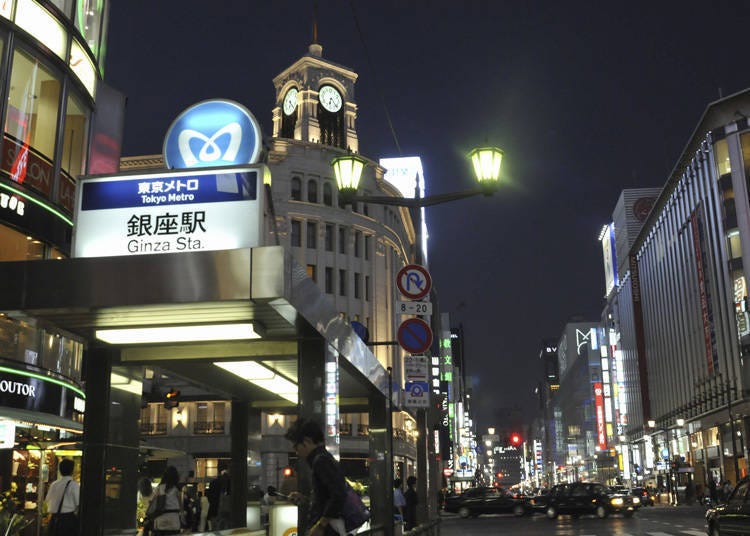 Although Ginza certainly does have room for improvement in terms of giving visitors better support, such as its taxi and subway system, we are confident you'll still be able to enjoy the unique atmosphere in this town that continues to grow and expand quickly now and into the future.

Asakusa VS Ginza: Why Do You Live Here? Foreign Residents Compare!
Ginza Station Guide: How to Get There & Recommended Sightseeing Spots Nearby

Recommended restaurants in the Ginza area