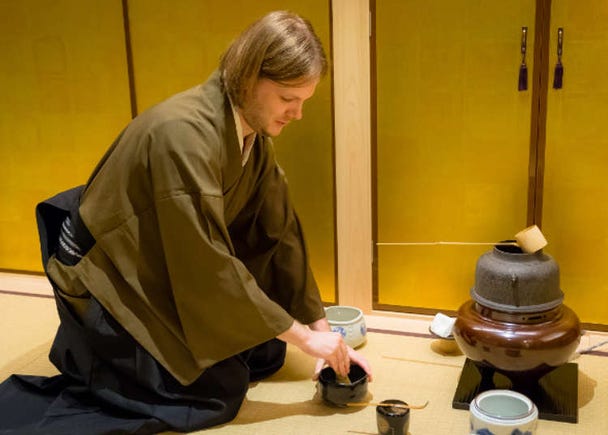 [MOVIE] A Glimpse into the World of Sado

The tea ceremony undoubtedly is one of the most famous Japanese traditional arts. I already had a chance to participate in one, a few years ago. But, quite frankly, this was at another level.

Entering the Teahouse via the Nijiriguchi 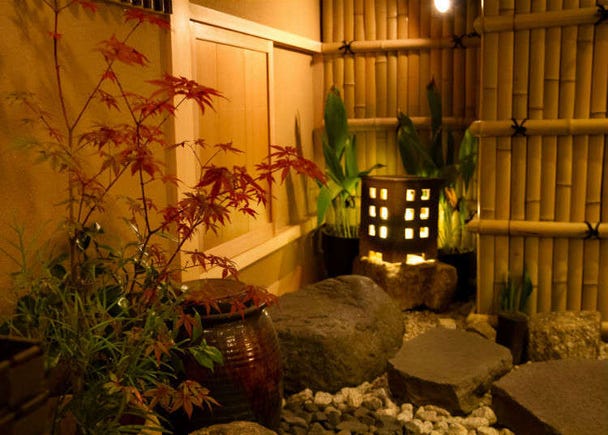 Traditionally, the guests wear a kimono or dark formal clothes, so the first thing I had to do was to change clothes. Putting on a kimono is not something that is easy to do alone, so the help of the staff was most welcome. Once dressed, I got a short introduction on how to enter Hisui’s teahouse, Suian. Modeled after teahouses in the late 16th century, it has what has become a rare feature in Tokyo: a nijiriguchi entrance, or "crawl-in entrance". It is used as a symbolic way to separate the outside world from the simple and quiet area that is the teahouse, and the guest has no choice but to bend when going in. 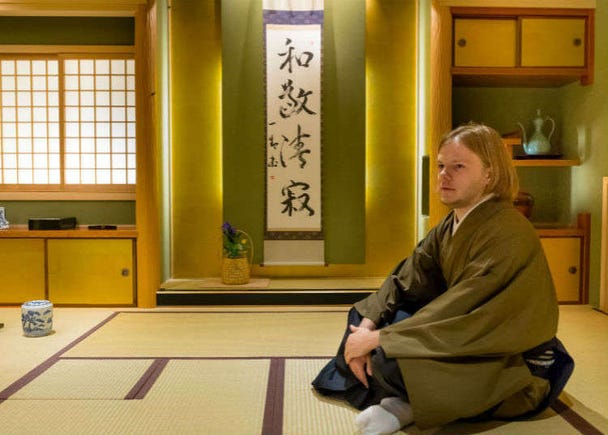 Once I am in, my first observation is that the teahouse is decorated soberly. It doesn’t seem to be very large, even if some teahouses tend to be much smaller. Before starting the ceremony itself, Suiko Ajima explains the different parts that make up a traditional tea room to me, an essential part of this art. In the small alcove, the hanging scroll, or kakejiku, is the most visible. Below it, slightly on the left, a chabana can be seen, a simple flower arrangement. Its composition changes depending on the season, explained my teacher. Together, they set the spiritual mood for the ceremony and were carefully chosen by my host to accompany my first real introduction to the tea ceremony.

The Beauty of Candy 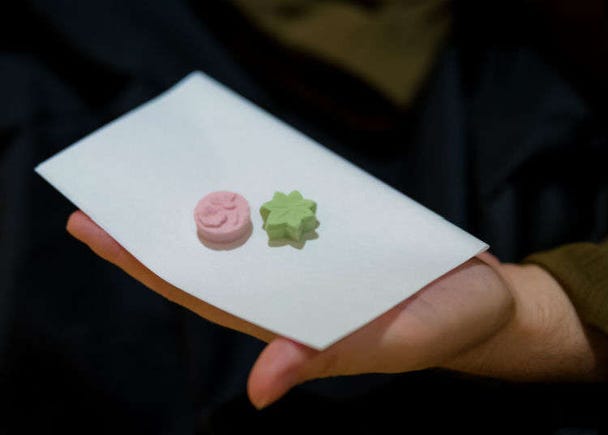 Before moving on to the tea preparation itself, my host and teacher gives me two small treats, bright green and pink, that are placed on a special paper called kaishi. Once those are eaten, she instructs me to fold the paper in half and keep it on my right side, as it will be used again later.

The Elegance of Tea 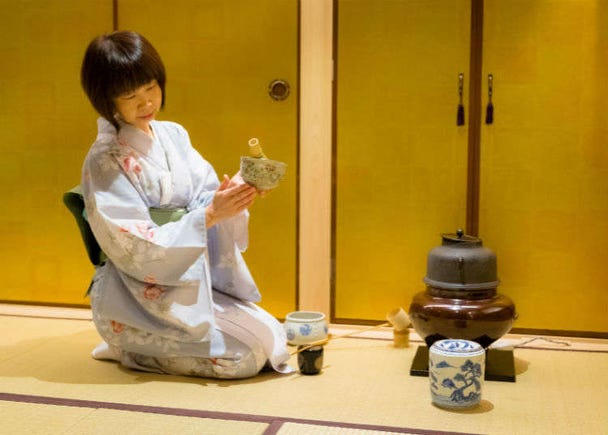 When she started to prepare the tea, Suiko Ajima’s gestures, focus, and movements were, quite frankly, mesmerizing. It is done in such a harmonious manner that it is like watching a meditation in movement. The bowl in which the tea is served is beautiful. An extraordinary insight into wabi-sabi, the Japanese concept of aesthetic that focuses on the acceptance of transience and imperfection.

The Rituals of Drinking 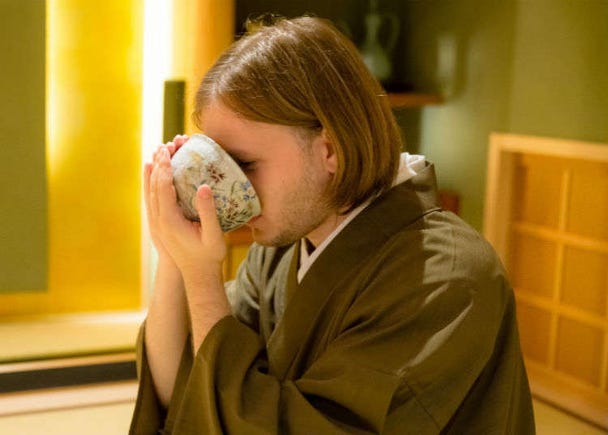 When the bowl is presented to the guest, it is important to take it with the right hand and place it gently on the palm of the left one, my host explains to me. Then, before drinking, I take the time to take a closer look at the beautiful yet simple design on it. After that comes the time to drink the tea. The bowl needs to be turned clockwise two times so that the image on the cup is not facing me anymore. One sip, then I must thank my host for her delicious preparation. After that, I can finish drinking without forgetting to make some sound with the last sip, showing my appreciation. It’s at that moment that the little paper, kaishi, which I folded at the beginning comes to use: in fact, it should be used to wipe the rim of the bowl lightly, where I just drank from. 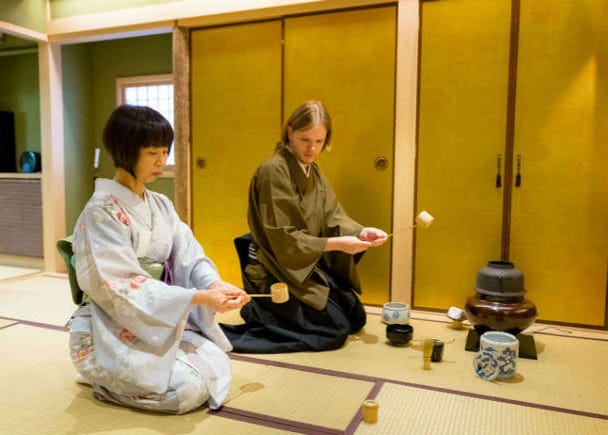 The sequence, known as temae, is, in itself, not very difficult to remember. It consists of putting the green tea from the caddy in the bowl, pouring hot water into the bowl using the ladle, stir it with the whisk and presenting it to the guest. However, doing it right and in a fluid and continuous motion is obviously much harder. Practitioners usually train for several years before being able to host a tea ceremony from the beginning to the end by themselves. So many details but also such a specific mindset for doing it need to be taken into account, it is no wonder why becoming a true master is a lifetime’s work, and is never really over. In the end, I felt like I just had a small glimpse of a whole new world. The tea ceremony is clearly something that is hard to describe with words, and something that should be experienced during a trip to Japan.

A Unique Opportunity to Try Sado

HiSUi TOKYO is located in the heart of Tokyo, only a few minutes away from Ginza Station. For short-term visitors, an “Experience Plan” is available in which you can try between one and four art forms. This includes battō, sadō (tea ceremony), shodō (calligraphy) and wasō (kimono). Price start from 10,000 yen per person. Maximum of 20 people per booking. Reservation by email or phone.