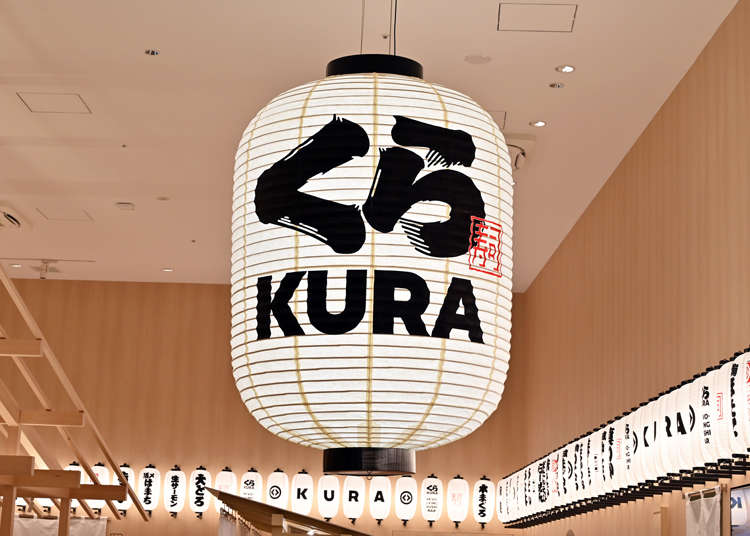 If you’ve never been to Japan before, you may not have heard of “Kura Sushi”, but this is one of the biggest players in the revolving sushi game in Japan. And they’ve just made everything bigger.

Introducing “Kura Sushi Kura Shitsu”. This restaurant is not just about the sushi, it’s about the intrigue, it’s about Japan, it’s about the experience. Having just opened on January 22, it’s the largest in Japan of its kind, and is truly a sight to behold, so let’s take a look. 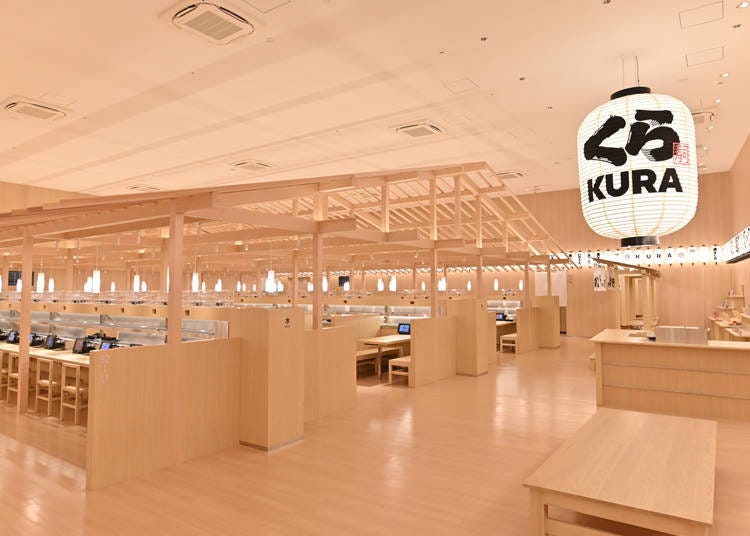 The new store is called “Kura Sushi Asakusa ROX.” A fairly easy-to-understand name, as it is located on the 4th floor of Asakusa ROX, just a 1-minute walk from Tsukuba Express Asakusa Station. The biggest feature of this spot is its new concept of "SightEating", an amalgamation of “sightseeing” and, well, eating.

But what exactly does that entail? 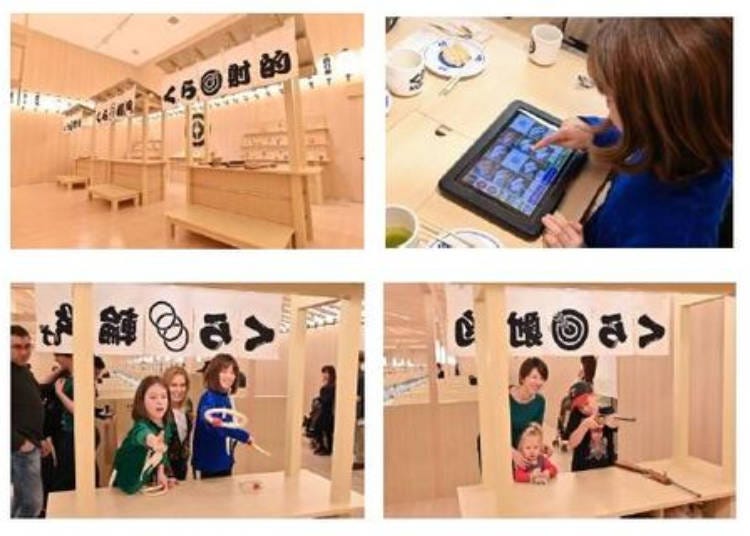 Sighteating at Kura Sushi involves a whole host of activities!

Well, in addition to being able to chow down on Kura Sushi’s signature sushi rolls starting at a mere 100 yen per dish, you can also enjoy a number of activities, all in a modern take on the traditional Japanese setting. In one corner, you can do your target practice, or even try your hand at the ring toss. 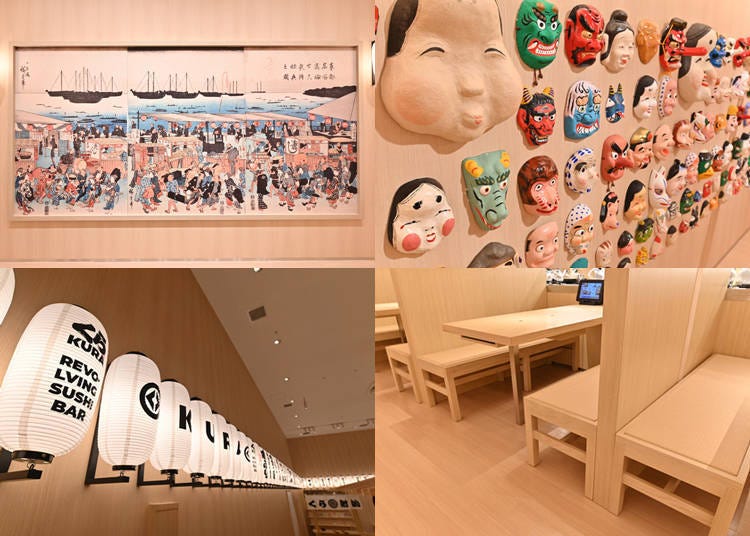 Ukiyo-e and lanterns adorn the walls, creating a space that reminiscent of the Japanese style of the Edo period, but with a modern twist. They use a minimalist design, with pristine wooden tables and gorgeous tatami mats. 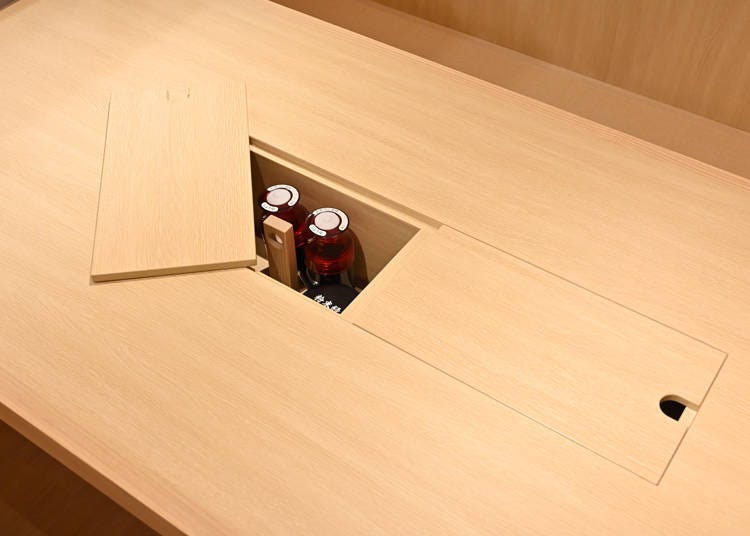 To order your food, you can simply use the touch panel menu. This service is available in 4 different languages – English, Korean, Simplified Chinese, and Japanese. But in addition, they have now introduced the "Langogo Genesis" – an incredible AI speech translator in 104 languages.

But, to have the best experience possible, the human staff also wear badges that show whether they can speak another language or not. 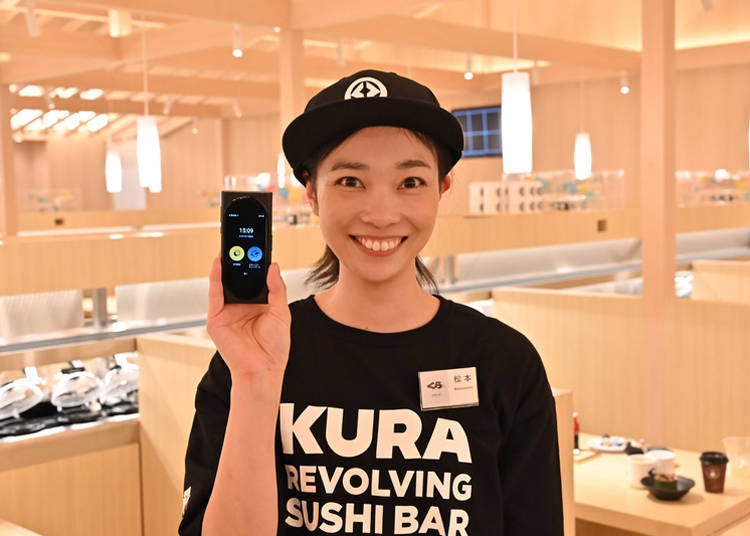 (Almost) everything is automated

On top of this, the Kura Sushi Asakusa ROX store has introduced an automatic “guidance system” and an automatic cash register system. This works with another touch panel which checks which seats are available, and shows you a map guiding you to your assigned seat.

The automatic accounting system scheduled to be introduced after March uses a camera attached to each seat and a QR code on the plate to manage it using AI. This automatically counts the number of dishes you’ve had. You can then go directly to the cash register without calling the waiter over for your bill. It can also be used in conjunction with "Smartphone de Kura", which allows you to make advanced reservations and use your smartphone instead of the touch panel.

To commemorate the opening of the Kura Sushi Asakusa ROX store, at a limited number of Kura Sushi stores around Japan, a total of 10,000 dishes of "Celebratory Shrimp" (110 yen including tax) will be available until January 28. 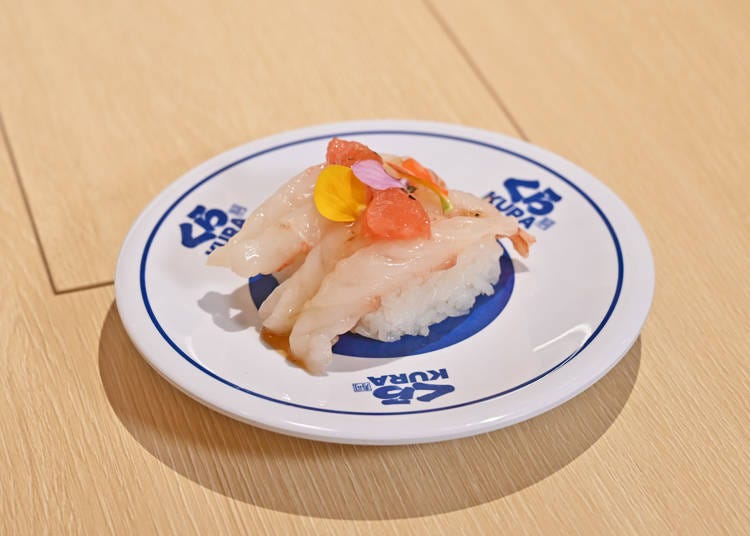 The “Celebratory Shrimp” features a crisp red shrimp, grapefruit and Ishizawa dressing with a flavorful and refreshing aftertaste. 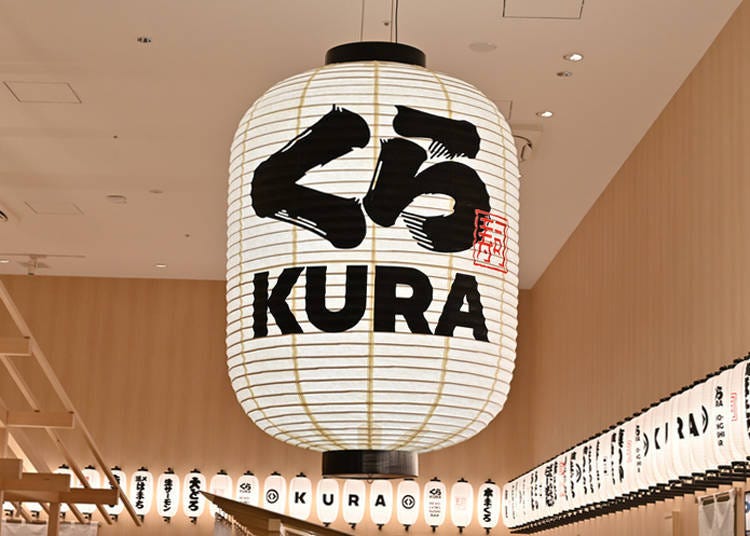 Lantern with new logo at the entrance

Kura Sushi has recently renewed its logo to unify the recognition of the Kura Sushi brand around the world. The new logo is designed by Kashiwa Sato, known for his creative direction of the UNIQLO and the Rakuten Group, and has now made his debut at Kura Sushi Asakusa ROX. 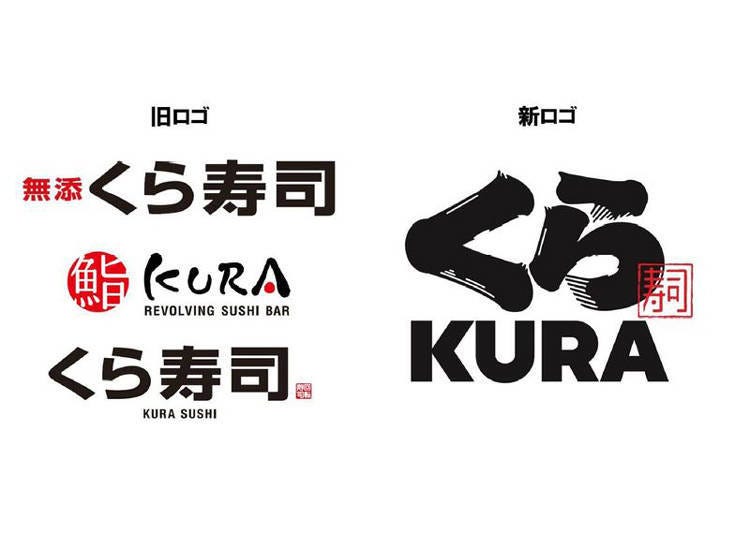 "Kura Sushi" comparison of old and new logos. The new logo is modernly designed based on Japanese traditional Edo characters and combined with the English reading, "KURA”

At the Kura Sushi Asakusa ROX store, new logos are also used on the lanterns, tableware, and staff uniforms, and will be used in stores in Japan and overseas (US and Taiwan) in the future. 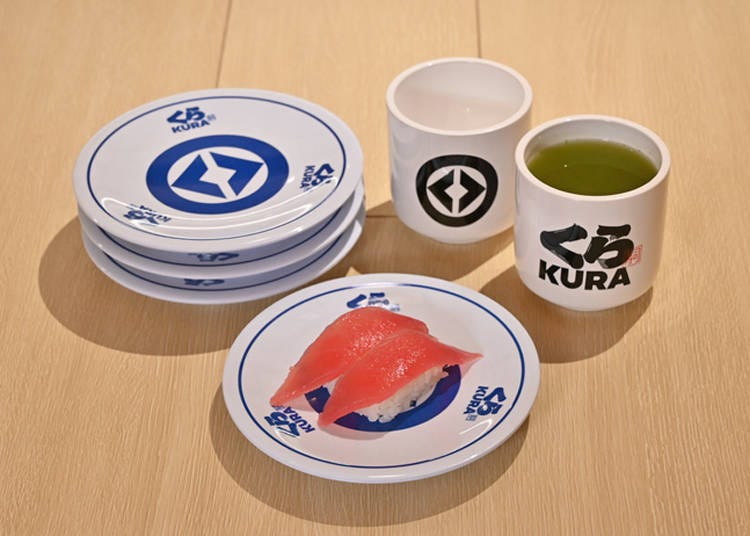 Kura Sushi has positioned 2020 as its "second founding period" and plans to accelerate expansion not only in Japan but also overseas. In 2020, as the number of foreign tourists visiting Japan is expected to further increase, the opening of the global flagship store in Asakusa, one of Japan's leading tourist destinations, shows a renewal of the face of conveyor belt sushi.

Although abroad sushi tends to conjure up images of wealth and luxury, "Kura Sushi Asakusa ROX shop" harks back to the Edo period, where the original charm of sushi was that it was a cheap and delicious form of fast food. If you’re in Tokyo, this is a must see sighteating spot.

Go-Around Sushi in Japan: Check Out the No. 1 Side-Dish That's Got Us Completely Hooked!
*This information is from the time of this article's publication.
*Prices and options mentioned are subject to change.
*Unless stated otherwise, all prices include tax.