HOME Tohoku Miyagi Sendai And Matsushima Flights to Tohoku: Just an Hour Away from Kansai by Domestic Flight! 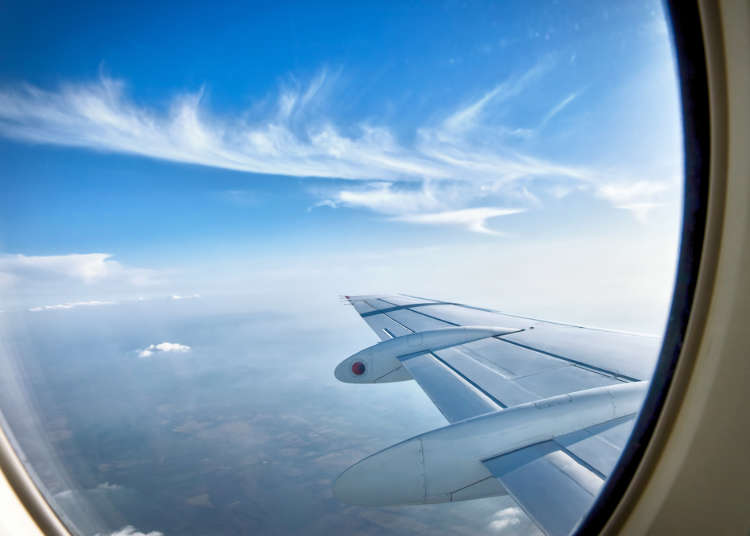 Flights to Tohoku: Just an Hour Away from Kansai by Domestic Flight!

Cheap flights to Tohoku are the way to go - especially if you are heading there from Kansai! The Tohoku region, with its abundance of nature and numerous hot springs, is a place for you to kick back and relax.

A holiday featuring the vastly different Kansai and Tohoku areas is sure to leave you with many unique and special memories.

Here, we’ll walk you through the recommended sightseeing spots when heading from Kansai to Tohoku, and the ins and outs of getting domestic flights to Tohoku.

How long are flights to Tohoku from Kansai? 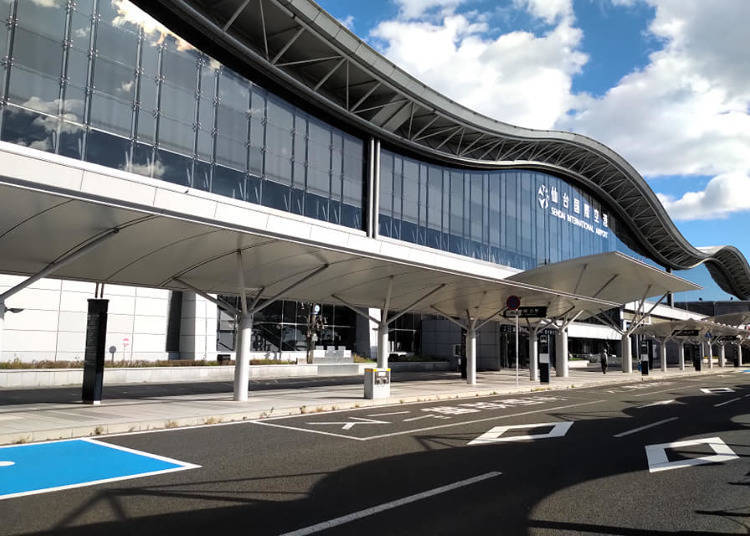 Flights to Tohoku from Kansai take considerably less time than the bullet train, giving you more time to enjoy your holiday. We’ve summarized the flights to each airport, as well as the time needed and fare for each route.

● Aomori Prefecture – Osaka International (Itami) Airport to Aomori Airport
・Time needed: One and a half to two hours
・Fare: About 30,000 yen

● Yamagata Prefecture – Osaka International (Itami) Airport to Shonai Airport, via Haneda Airport
・Time needed: Three and a half to four and a half hours (including airport transfer)
・Fare: About 40,000 yen

The fares we’ve provided are, at best, rough estimates. Depending on the airline and departure date, fares may vary significantly.

Besides this, there are early bird offers and cheaper options from low-cost carriers as well. The rates given above should only be used as an estimate while choosing your flights to Tohoku.

On top of this, flights to Odate-Noshiro Airport (Akita prefecture) and Naisho Airport (Yamagata prefecture) do not have direct flights, but require transfers at Haneda Airport, in Tokyo.

For more details, please refer to each airline’s official websites below.

6 must-see sightseeing spots in Tohoku: Travelling is quick and easy by plane!

After booking flights to Tohoku, where to go? Here are six places you absolutely have to visit. 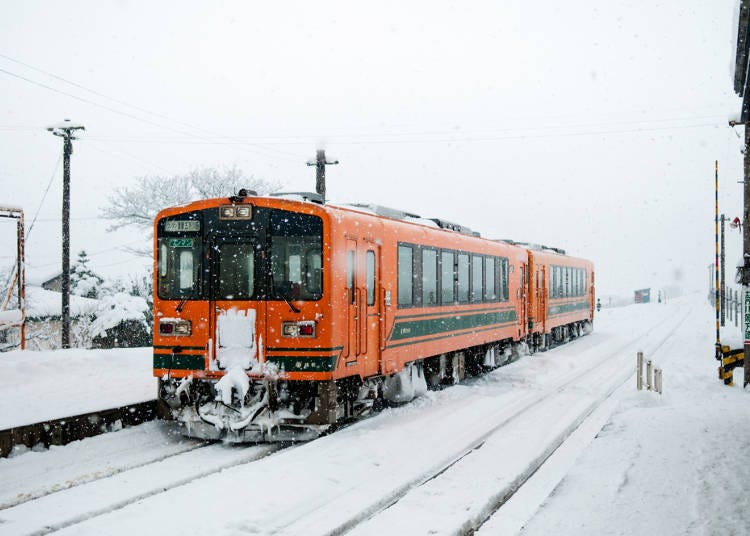 Famous for their popular “stove trains”, Tsugaru-Goshogawara Station is the first station on the Tsugaru Railway and acts as a train depot as well. The stove trains chug their way down to each station, including many with famous tourist attractions. Nearby, you can find a sign to a local museum, the Tachineputa Museum, which showcases exhibits from local festivals.

You can access the area by taking a plane from Itami Airport to Aomori Airport, then heading to Hirosaki Station via limousine bus. From there, take the JR Ōu main line to Goshogawara station, which is right next to Tsugaru-Goshogawara Station. From Itami Airport to the station, it takes roughly four and a half to five hours, including the plane ride, and costs roughly 32,000 yen.

If you were to take a bullet train over from the Kansai area, it can take almost 15 hours, and heading over by plane can significantly shorten your travel time, giving you more time to enjoy your holiday. 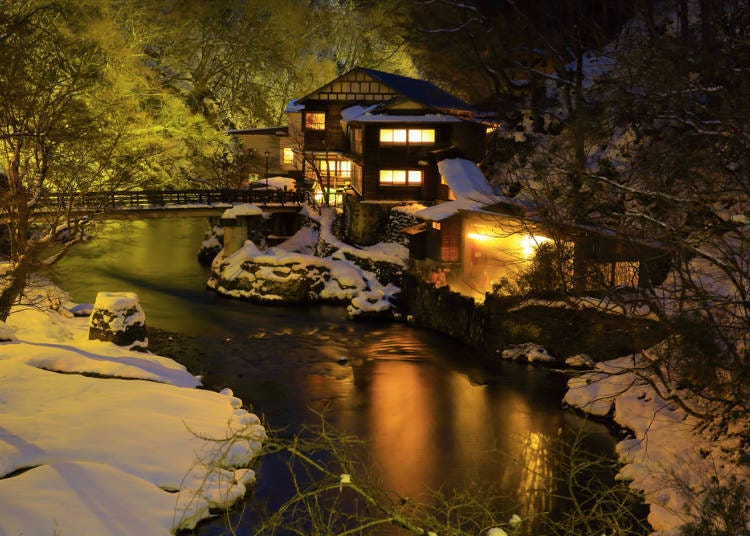 One of the great literary giants of Japan, Miyazawa Kenji, was born in Hanamaki City of Iwate Prefecture, and he loved Ōsawa Onsen, one of the hot springs in the prefecture.

To reach Sansuikaku, one of the celebrated ryokan inns there, you can take a bus from Hanamaki station. It’s most convenient to take a limited express bus to reach Hanamaki Airport Station from the airport, and transfer onto the JR Tohoku main line. You can take a flight from Itami Airport to Iwate Hanamaki Airport, and the total journey costs 35,000 yen, and takes a little less than two hours, including all the necessary transfers.

As there is also a free shuttle bus service heading towards Hanamaki station and Hanamaki Airport station, you can head over to the onsen via taxi, and take the shuttle bus for the return trip to tour around the city, making for a very convenient journey indeed. 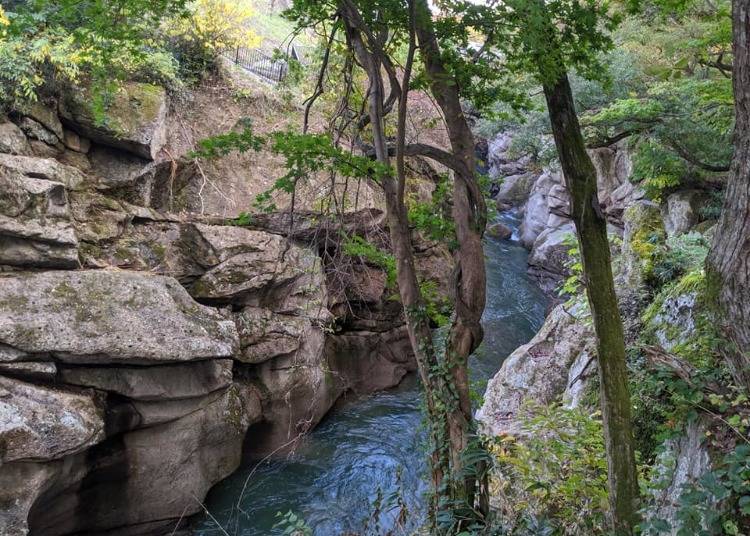 With over 1,500 years of history, Akiu Onsen is one of the three great hot springs of Japan. And there are not just hot springs in the area, but a vast expanse of beautiful greenery and nature too.

The bus ride costs 1,000 yen one way, and the flight can cost as little as 8,000 yen from Kansai International Airport if you use low-cost carriers such as Peach. 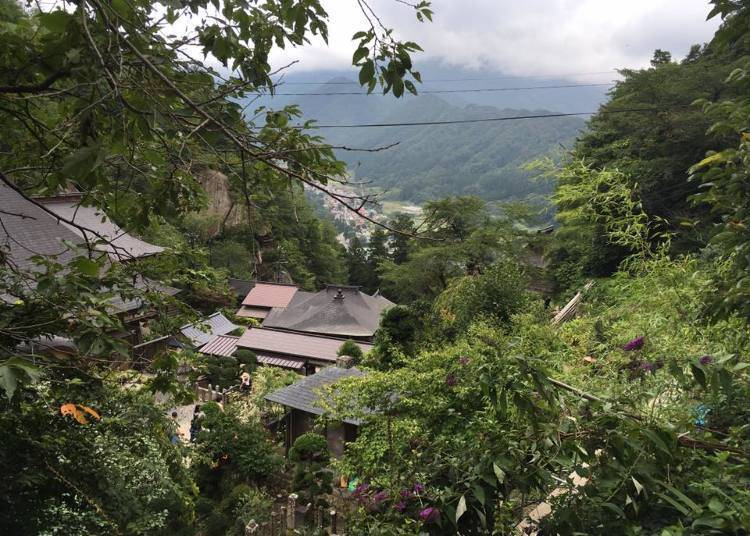 Also known as Yamadera temple, Risshakuji Temple in Yamagata is highly popular amongst both local and foreign tourists. Scaling the 1,070-step staircase to the temple, surrounded by nature and greenery, rewards you with breathtaking scenery of the landscape below.

From Yamagata Airport, take a bus to Yamagata Station, and take the JR line for five stations (three stations on the rapid train) to the nearest station, Yamadera station. Yamagata station itself has many restaurants and eateries in the surrounding area, so be sure to enjoy the local cuisine of Yamagata as well. 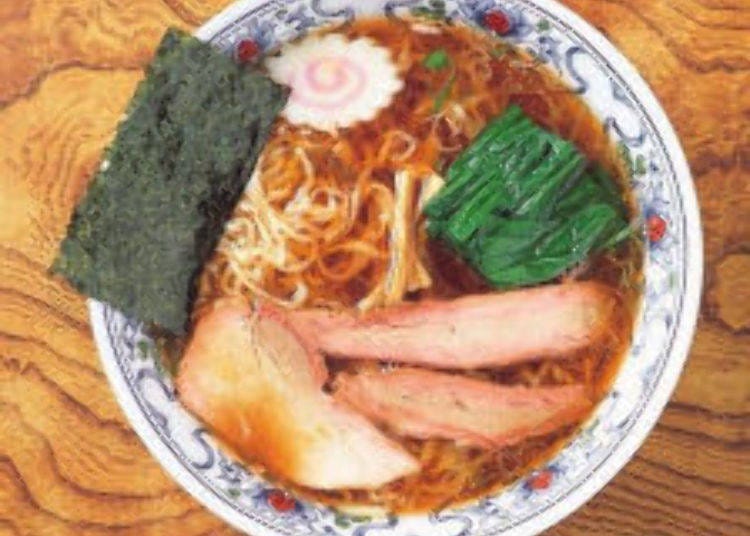 When speaking of Fukushima Prefecture, one of the first places to come to mind is Shirakawa Ramen, one of the famous gourmet foods lining the streets of Kitakata. The origins of this legendary type of ramen in Japan go back to a shop called Tora Shokudo.

As Tora Shokudo is quite far from the nearest station, a car is needed to reach the place, so it’s best to get a rental at the airport. Besides satisfying your appetite with Shirakawa Ramen, you can cruise the prefecture and its sightseeing spots via car too.

It takes 30 minutes to reach the place by car from Fukushima Airport, and the total journey is one hour and 45 minutes in total from Itami Airport. Including the car rental, the fare for the journey costs approximately 37,000 yen for a half-day car rental, and 42,000 yen for the full day.

Though it’s possible to reach the Tohoku area via bullet train or local train lines, due to the long distance, it’s most convenient to get there from Kansai via plane.

On top of that, as many sightseeing spots are relatively far from train stations, it’s easier to rent a car from the airport as well. While driving to your destination, you can also soak in the sights of the amazing greenery and landscapes of the Tohoku region.

From Kansai to Tohoku, be sure to fully enjoy these two facets of Japan!

Tohoku Fall Foliage: 10 Best Places for Autumn Colors in Miyagi and the Best Times to Do So!
*This information is from the time of this article's publication.
*Prices and options mentioned are subject to change.
*Unless stated otherwise, all prices include tax.