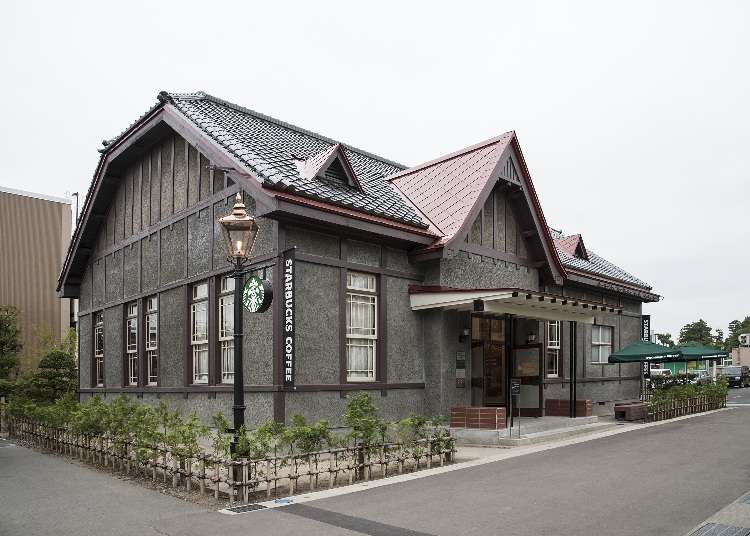 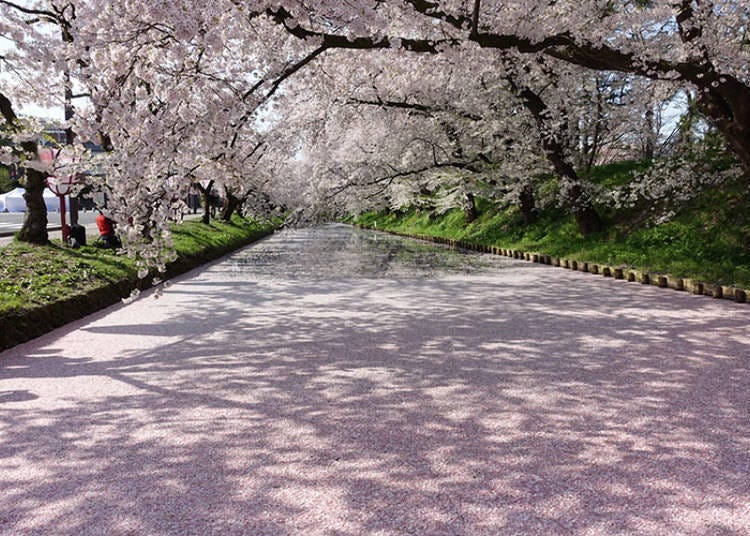 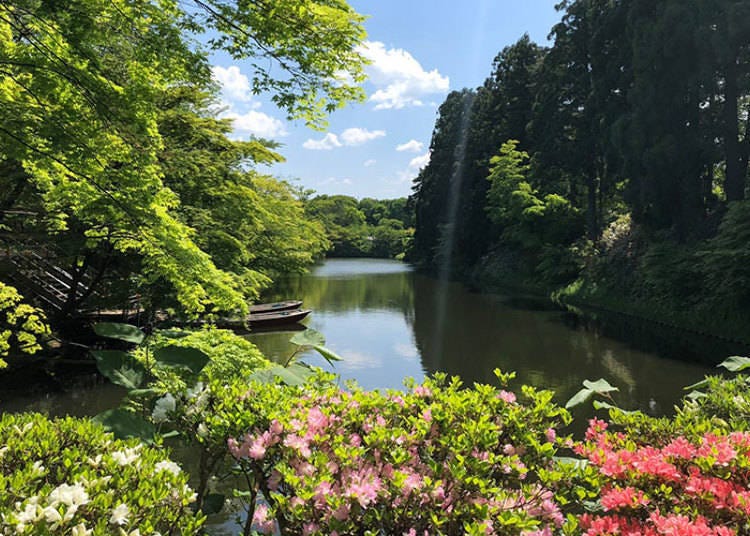 We recommend stopping by while checking out the cityscape and moat! (Photo courtesy of Hirosakipark.jp)

If traveling by Shinkansen, you can catch the JR line from Shin-Aomori Station to Hirosaki Station.

By bus, ride the Dotemachi 100-Yen Loop Bus, which runs every 10 minutes from Rotary Platform 2 in front of Hirosaki Station. Get off at Shiyakusho-mae (City Hall), and Starbucks Coffee Hirosaki Koen-mae is only about 1 minute away on foot. 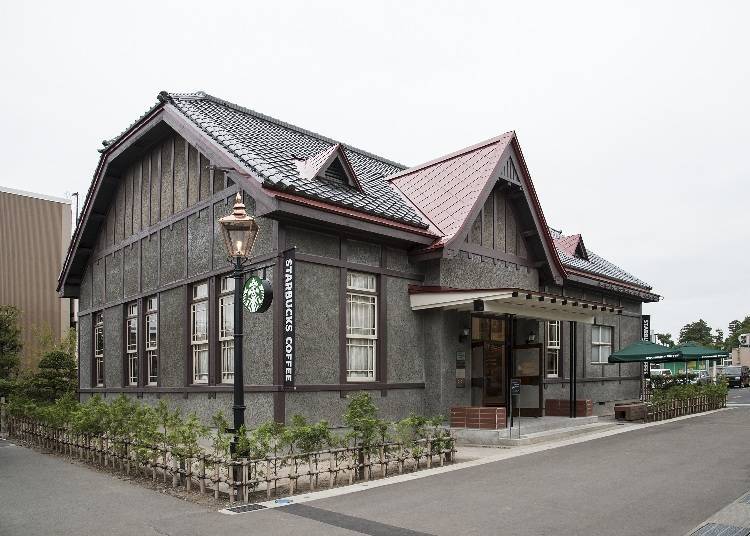 The building that is now Starbucks Coffee Hirosaki Koen-mae was once the official residence of the Commander of the 8th Division, built in 1917.

The entrance has the same triangular roof seen in shrines, called kirizuma-hafu (gabled roof). This building is a mix of Western-style and Japanese architecture and is currently designated as a Registered Tangible Cultural Property of Japan.

It is also the second Starbucks branch to open in a Registered Tangible Cultural Property. The first was the Kobe Kitano Ijinkan branch in Kobe City, Hyogo Prefecture.

For those who want to spend some time in a historic building, these are the shops to check out!

An Exterior Architecture Brimming with Craftsmanship 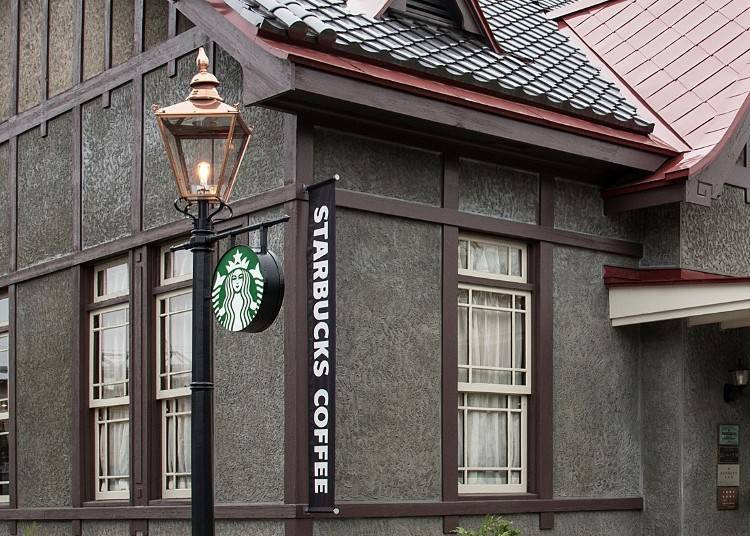 With its uniquely edged roof and vertically long windows, this unique building maintains its traditional Japanese vibe while staying true to the Western style.

It is the handiwork of Hikosaburo Horie, eldest son of Sakichi Horie, an experienced carpenter regarded as a 'god of construction,' having worked on many Western-style buildings in the Tsugaru Region during the Meiji Period (1868-1912).

His inherited craftsmanship is clear in the design. Even the Starbucks signboard complements the atmosphere, reminiscent of a Western-style luxury home from the Taisho Period (1912-1926). 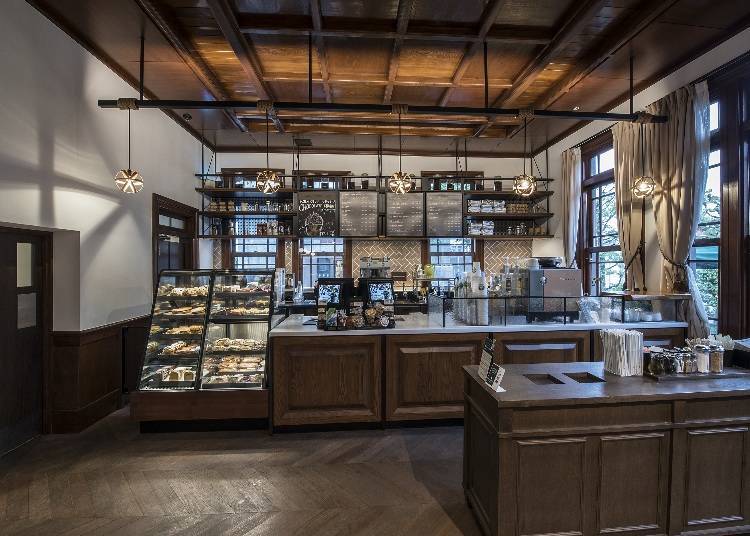 This room, which once was used as a conference hall, is now a sunny, open space with large windows. The design incorporates local materials and traditional crafts, including Japanese beech from Aomori, which is used for the hanging lights at the order counter. 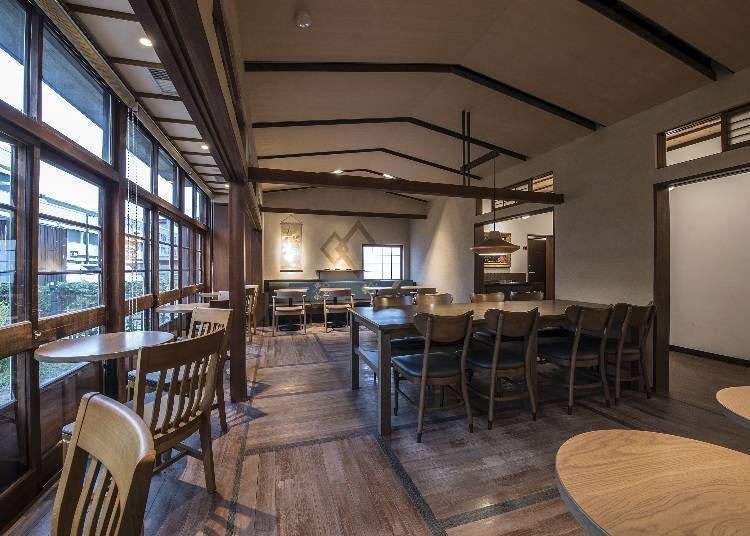 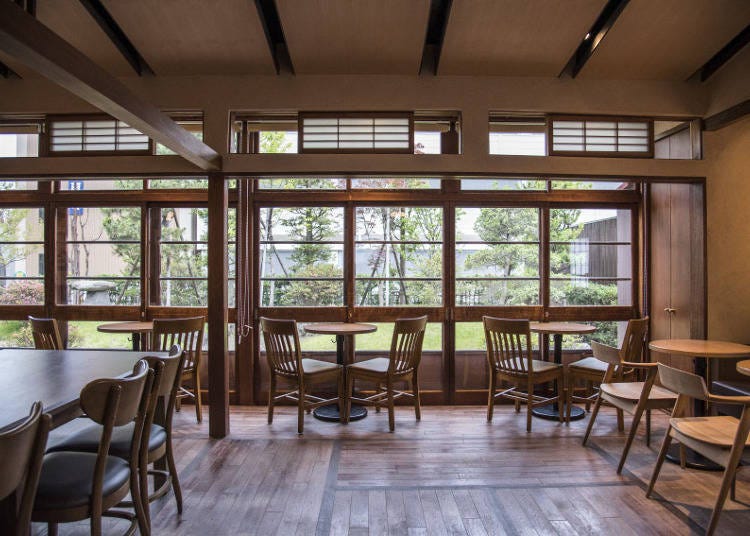 Relax as you look out over the garden in this former Japanese-style room. (Photo courtesy of Starbucks)

This space, which used to be a Japanese-style room, is now a seating area where you can spend time relaxing and looking out at the Japanese garden. The wooden interiors and the light coming through the shoji screens feel so homey and comfortable, you might not want to leave!

The sofa's backrest is designed using Tsugaru kogin-zashi, a traditional embroidery technique from the Tsugaru Region of Aomori. Even the finest details include a local touch!

A Beautiful View of Hirosaki Park from this Former Waiting Room 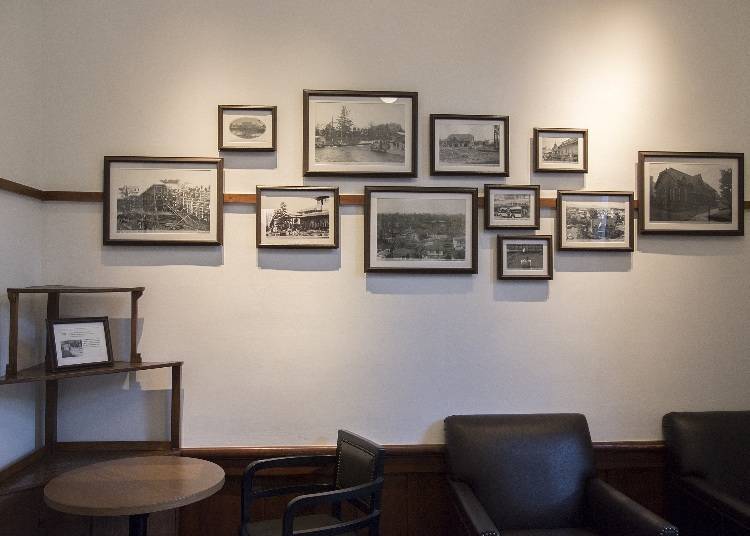 In this former waiting room, you can see a history of more than 100 years in a single glance (Photo courtesy of Starbucks)

This space, formerly a waiting room, now overlooks Hirosaki Park. Hirosaki Castle, located in the park, was built over 400 years ago!

The castle tower, three turrets, and five gates that still remain are designated as Important Cultural Properties of Japan.

Hirosaki Park is also famous for its cherry blossoms, as well as beautiful autumn foliage, and the Snow Lantern Festival held every February.

As you can see, this place has a view for every season! Photos of the building's development are also displayed in the rooms. Get a glimpse of this 100-year long history that has spanned from the Taisho Era to today's Reiwa Era. 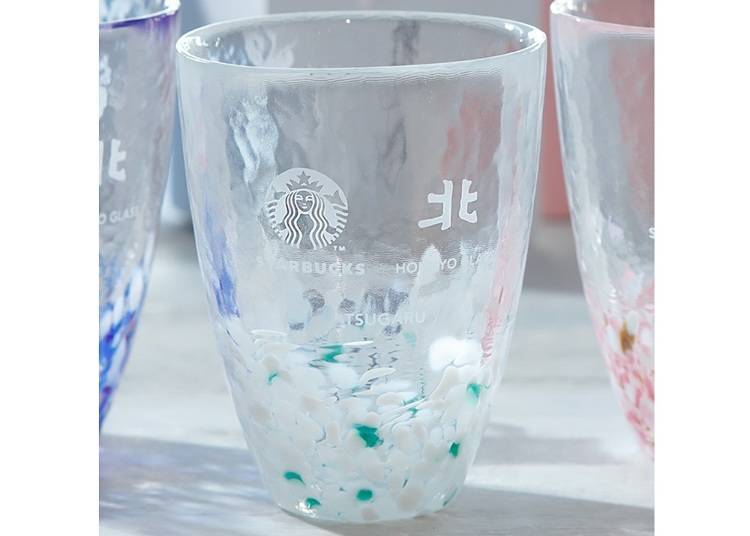 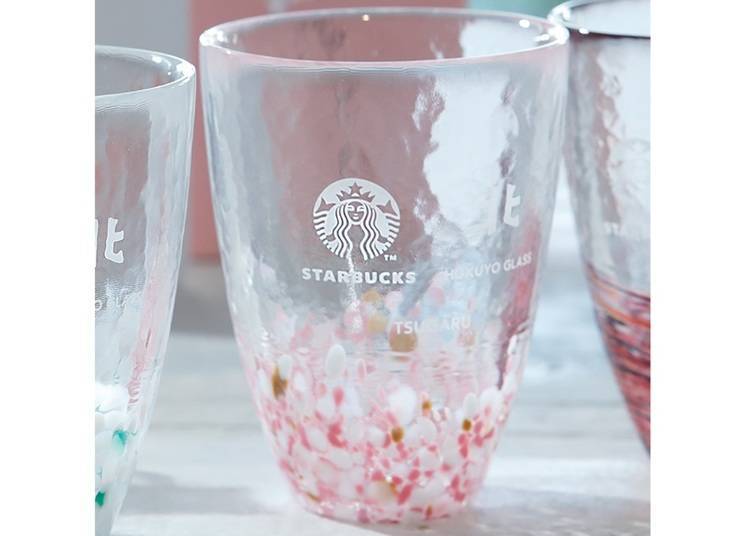 Starbucks Coffee Hirosaki Koen-mae sells limited-edition Tsugaru Vidro glasses. There are two types: TSUGARU and HIROSAKI (3,024 yen each, including tax). They are hand-crafted by Hokuyo Glass artisans, known for their glass crafts.

Joining the Ranks as a New Tourist Attraction 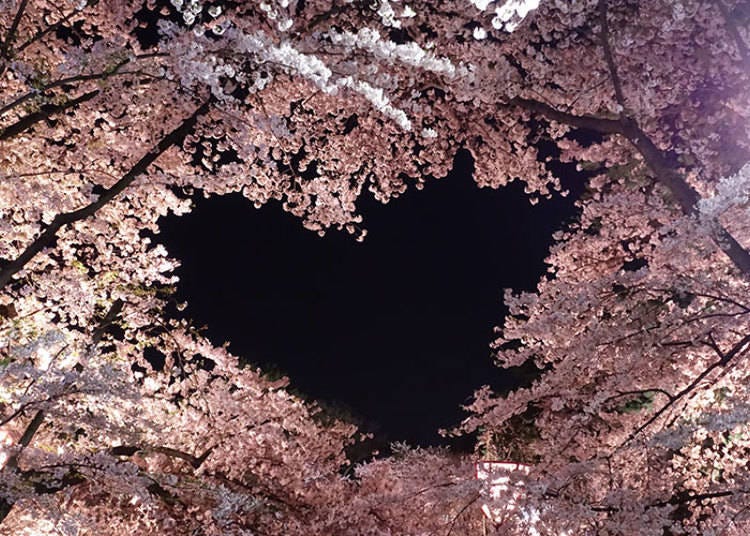 It may be surprising to see Starbucks, a product of the United States, paying homage to Japan's local culture and traditions.

But here, not only will you enjoy the pleasant atmosphere, you will also contribute to the preservation of Important Cultural Properties. And because it's so close to Hirosaki Park, it just might become your new favorite tourist spot!

Text by: Masakazu
Information in this article as of June 2021. Please see official site for the latest updates.

Hirosaki Park and Hirosaki Castle Guide: Stunning Cherry Blossoms, Autumn Colors, and Other Seasonal Highlights!
Aomori Bucket List: Top 10 Things to Do in Aomori, Japan's Northern Nature Paradise!
Ever Seen A Starbucks Like This? 3 Uniquely Japanese Starbucks Redefining Modern Cafes
*This information is from the time of this article's publication.
*Prices and options mentioned are subject to change.
*Unless stated otherwise, all prices include tax.