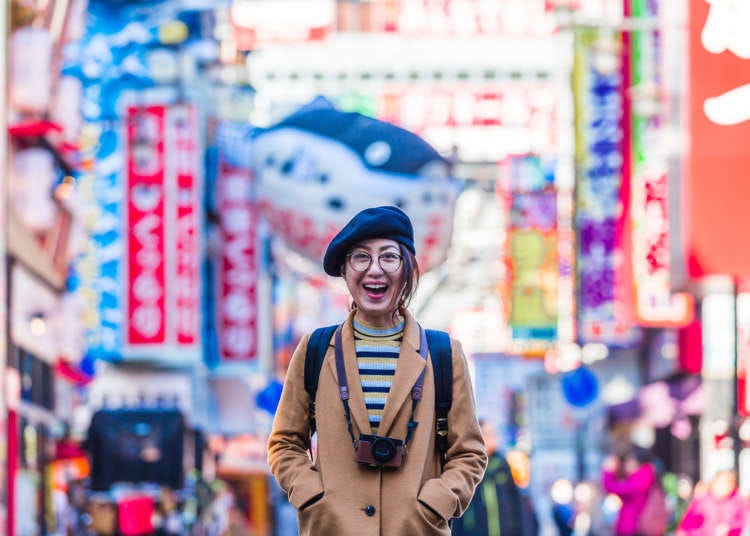 More and more overseas visitors from Asia, Europe, the Americas, and Africa have been setting foot into the Kansai area in recent years, and it's really no wonder. The region is known for its cheap but delicious local food, historical shrines and temples, and rustic rural villages that are only a stone's throw away from city centers. The appeal of having plenty of tourist hotspots easily accessible from one central hub is doubtlessly a major reason behind Osaka's recent popularity surge.

For all of Kansai's charms, however, the region has its share of quirky habits as well, and many foreign friends have been hit with a bit of culture shock by some of them! What are some things that surprised foreign residents staying in Osaka, and why? We find out!

*The following information contains personal opinions collected from a survey of willing participants.

Am I being scolded...?! Shocked by the unique Osaka intonation! 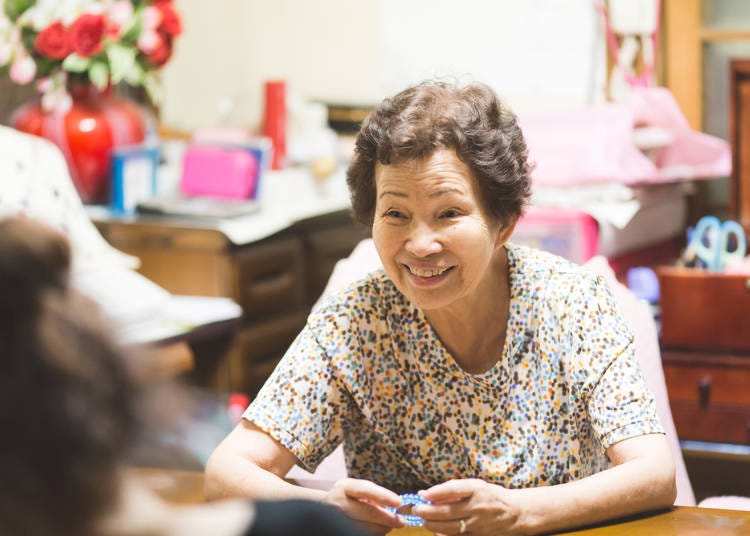 Different regions of Japan often have what is known as a local dialect, which is a localized and characteristic way of Japanese speech. The Kansai dialect, known locally as the Kansai-ben, can be said to possess one of the most distinct and recognizable intonations among all of Japan's regional dialects.

Compared to the standard Japanese that is being used in Tokyo and the Kanto region, which has lesser inflections and focuses on smooth and fluid speech, Kansai-ben is known for being more rhythmic and having tighter-sounding inflections.

Since standard Japanese is what's taught being in Japanese schools nowadays, when an Indonesian man started living in Kansai and heard people speaking Kansai-ben for the first time, he admitted with a laugh, "I thought they were scolding me at first!" That must have been quite a shock indeed! "When a Kansai lady says things like, 'Can you do this?!', or 'Hurry up and do it!' in rapid-fire Kansai-ben, it can sound really scary to someone who's never heard the dialect before. After I found out this was just the unique way people spoke in the Kansai region, it was a huge weight off my shoulders, that's for sure!"

So if someone comes at you with a seemingly strong and forceful tone of voice in Kansai, it doesn't necessarily mean they're angry with you! Most of the time, it may even be because they're trying to crack a friendly joke to put you at ease, so don't worry and just communicate with them as you normally would! 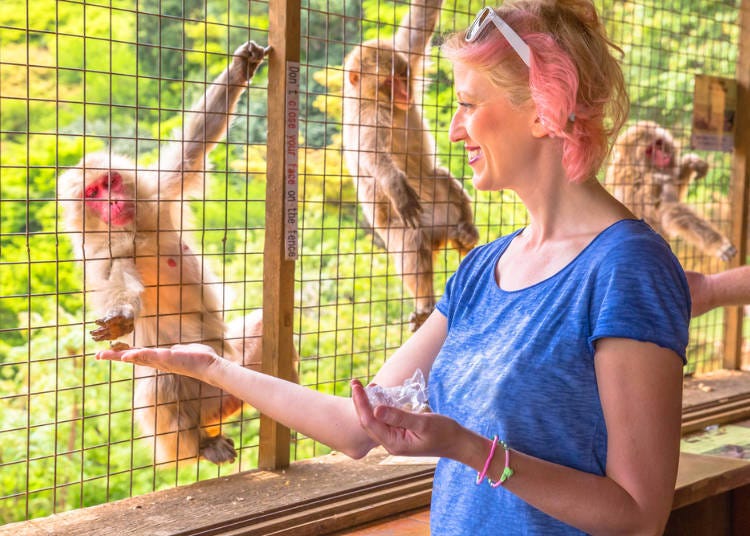 Arashiyama's Monkey Park Iwatayama is one of Kyoto's foremost tourist hotspots. Along the 20-minutes long hiking route, you'll get to see about 120 wild Japanese macaque, or snow monkeys hanging out at their usual resting places. This is an excellent way to admire the scenic seasonal landscapes of Arashiyama while having close contact with the loveable wildlife of the region.

An Indian man who visited Monkey Park Iwatayama had this to say about his culture shock: "Humans had to enter into a cage in order to see the monkeys..."

So here's the thing. In Arashiyama's Monkey Park Iwatayama, for the safety of both humans and monkeys, when someone wants to feed the monkeys, they have to do so from a protective cage.

"Because we have so many wild animals in India, many don't feel anything in particular for them," the Indian man adds. That's why he finds it unbelievable that people in Japan would willingly cage themselves up just to come into contact with wild monkeys. Though this is more of a safety measure than anything else, it's certainly understandable why many foreigners would go, "That's a thing?!" about this activity!

Shocked when walking with her own child...?! 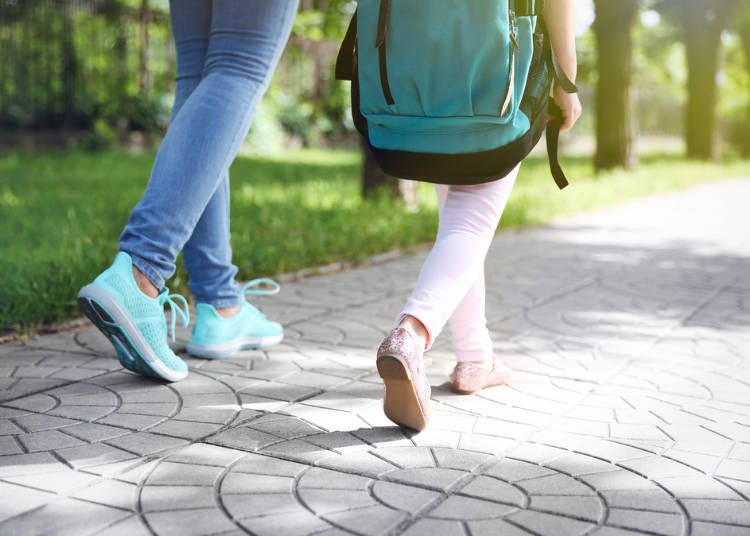 Here's an observation from a Thai lady married to a Japanese man. She was on the thin side and sported short hair back when this incident happened. One day, she took her child out to the local park for a walk, and thus hadn't put on much makeup, making her look rather boyish.

A local Osaka lady saw her walking the child and pat her on the shoulder before asking, "You're not kidnapping this child, are you?"

The lady had mistaken her for a young man and thought "he" was kidnapping the child!

"I corrected her in a fluster and told her I'm a woman and this is my child!" recalls the Thai lady with a laugh. This is one of the idiosyncrasies of the people of Osaka - a friendly disposition that makes them unafraid of approaching strangers. No one has ever spoken to me like this in Tokyo before."

After explaining the situation properly, the Osaka lady left them be with a smile on her face. This slightly aggressive approach to speaking with people can sometimes cause a bit of hassle in human relationships, but this also means the local people are always keeping a lookout for neighbors on the streets. This in turn ensures the safety and security of the town, giving it a heartwarming touch of humanity. If you stay in Kansai, therefore, get ready to cultivate some strong relationships with the lovely and wonderful people in town, despite the slightly higher maintenance you may have to put into the bond. It's not a bad thing at all, all things considered!

Shocked that Osaka's streets are so clean...until they're not! 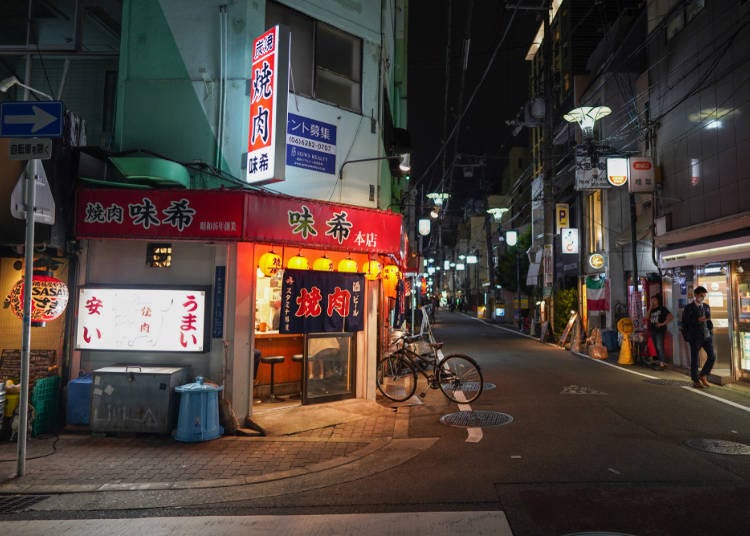 Many foreigners have the impression of Japan as a clean country where no litter can be found anywhere on the streets, and perhaps you do too! In large cities like Tokyo, especially the central areas, this is indeed true. The streets are beautifully maintained, giving them a slick, cosmopolitan feel.

According to an Indonesian man, however, he was shocked to see litter being strewn about almost everywhere along the streets of Osaka. In major tourist hotspots like Dōtonbori or Shinsekai, where there are many street stalls selling food, some tourists simply chuck their litter onto the floor along the way to their next destination.

Shinsaibashi or America Village, both hip and trendy meeting places for youths to hang out in, are jam-packed with busy shops along narrow alleyways and the occasional graffiti can be seen peeking out at you from here and there as well. Whatever it is, this is hardly the "super clean country" image of Japan that you may have had for a while, is it?

But a lively and bustling atmosphere is also one of the hallmarks of Osaka, so just sit back and let the city's haphazard vibe take you through brand-new experiences. This is the sort of attitude that will enhance your Osaka trip!

Shocked by Osaka's local food despite the great taste!

Takoyaki (octopus balls) and okonomiyaki (Japanese pancakes) are what usually come to mind when foreigners think about Osaka food, and if you walk down the streets of this city, you do indeed see many foreign visitors happily relishing their takoyaki or okonomiyaki. Nevertheless, an Indonesian man remarks, "I wish they had something more spicy as well."

The food in Southeast Asia, where Indonesia is, makes use of plenty of spicy condiments like chili pepper for their cooking, but in terms of adding spice to food like takoyaki or okonomiyaki, the closest thing you might find is probably pickled ginger. This is unlikely to be strong enough for someone brought up in spice-loving Southeast Asia, though!

"That's why I always bring my own chili pepper around," the Indonesia man continues. "It's not just for Osaka - even if I go to an Indonesian restaurant in Japan, the food there isn't spicy at all! When my relatives and friends come over to Japan to visit me, I'll always tell them to bring their own spices, just in case. I think you'd definitely understand why if you were brought up in Southeast Asia like me!"

Staying in Japan for a long time sometimes makes people nostalgic for the home food they grew up with. Bringing along the seasonings that you're familiar with on your trip to Japan, therefore, is as good a way to enjoy Japanese food as any!

As you can see, Kansai is a region with very strong mannerisms that may seem overly aggressive to those not in the know. Nevertheless, much of the people's conduct is rooted in a friendly nature. If you befriend someone from Kansai, you'll have a friend for life! This unique and charming Kansai culture is best experienced personally, whether on a long-term stay or short-term visit, so be sure to plan a Kansai town into your itinerary on your next trip to Japan!