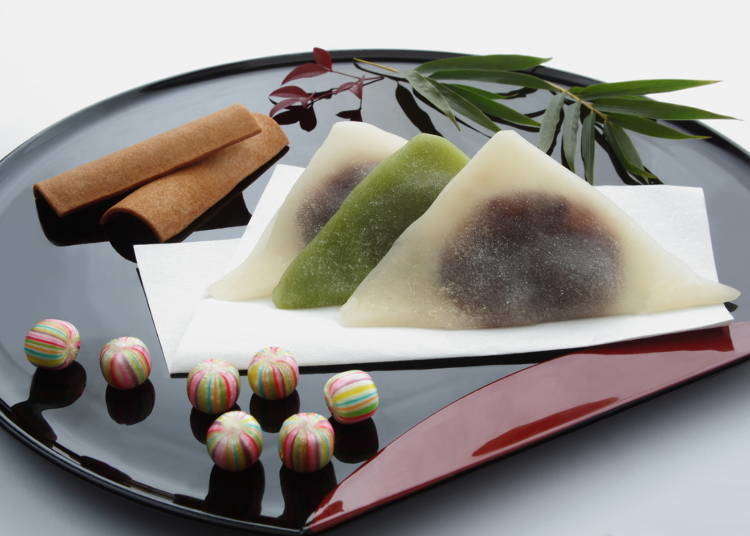 It's no exaggeration to say that Kyoto is one of the most famous tourist spots in Japan. Every year, tons of tourists flock to famous places such as Kiyomizu-dera and Gion. Amidst the excitement of sightseeing around Kyoto, many tourists are pretty surprised when they go shopping for souvenirs to bring back home! Today, we interview tourists from Canada who were surprised themselves.

*The following article reflects the personal opinions and impressions of the interviewees based on their past trips to Kyoto. 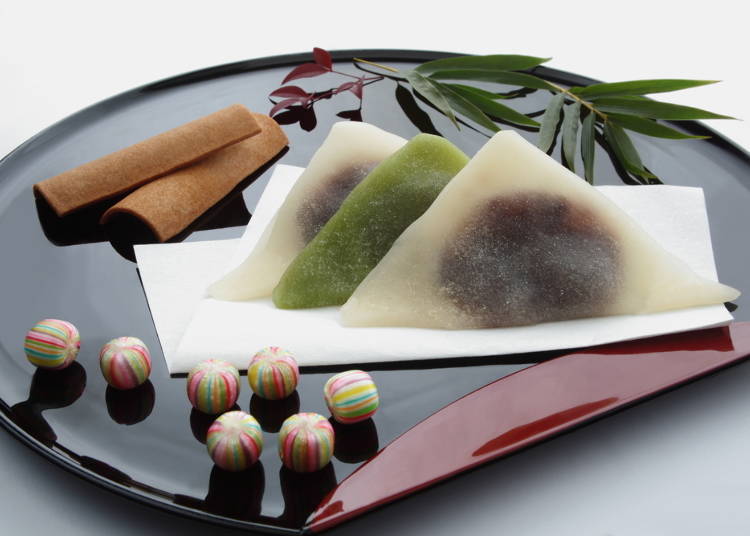 "Yatsuhashi has a unique taste. They're sold as souvenirs in Kyoto, but I didn't really like the soft texture or the scent of the spices used. It's called 'nikki' (cinnamon), but there's something about the way it smells. I did try it several times, but I just couldn't enjoy it. I tried a similar snack that was mint flavored that I liked more. The chocolate banana flavor was also pretty good." (Male, Canada)

Yatsuhashi is one of Kyoto's most popular souvenirs. I believe most tourists who have ever visited Kyoto, whether from within Japan and abroad, must have tried it at least once.

Despite being loved by so many tourists, it seems yatsuhashi doesn't necessarily appeal to everyone. As our interviewee from Canada shared, the texture and 'nikki' flavor just didn't suit his taste.

Nikki is a spice made from the evergreen trees, Cinnamomum Camphora. The spice is often compared to cinnamon, however nikki is said to be a bit more mild. It has a bit of a kick and a unique flavor, but some may say it is an acquired taste.

However, there are plenty of yatsuhashi that do not use nikki that you can buy. If you are not a fan of nikki, you can ask before buying whether your yatsuhashi uses it or not.

There are many varieties of yatsuhashi. Especially famous are nama-yatsuhashi (raw) and yaki-yatsuhashi (baked). There is also a variety of flavors such as chocolate, strawberry, and orange. All of them taste even better when enjoyed with tea, so why not give it a try for yourself? 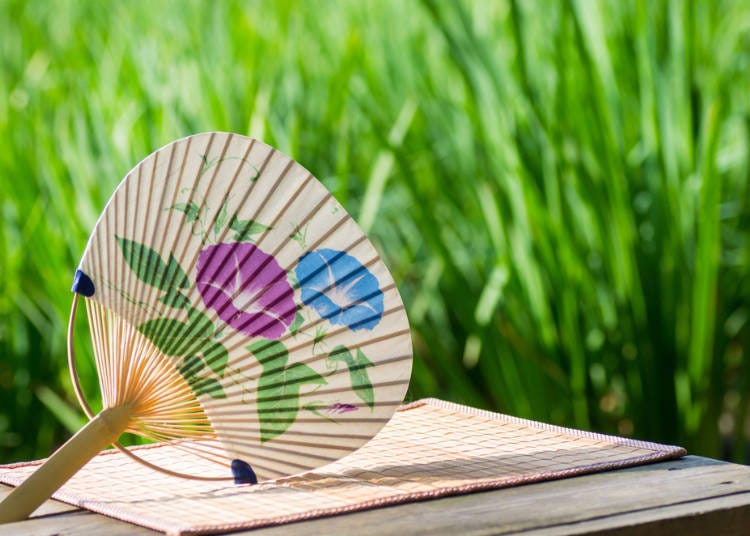 "Uchiwa fans are wonderful. The details of the drawings on the paper of the fan are gorgeous. I was also very surprised with the technique used to divide the bamboo into thin, even pieces to make the skeleton of the fan. I know they are meant to be used to cool off, but these fans are also a work of art." (Male, Canada)

Uchiwa are a summer tradition of Japan. When it gets hot, uchiwa are often distributed for free in shops and along the streets. These fans are also very popular as souvenirs for tourists as an item that expresses the history of Japan. The round, bamboo fans tend to be more popular than the plastic ones.

At the famous uchiwa shops in Kyoto, each bamboo rod is exquisitely made. It is a gift that displays true craftsmanship. Nowadays, there are many fans made specifically geared towards tourists as souvenirs, so if you are visiting Kyoto, be sure to take a look for yourself. 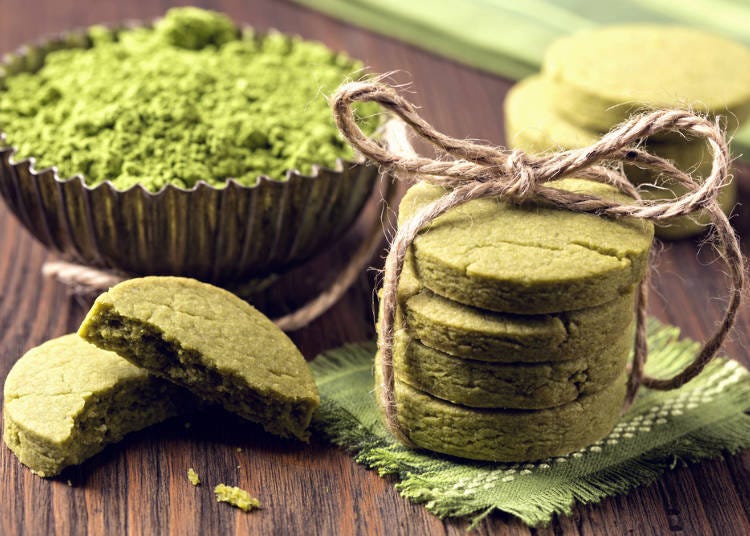 "I saw a lot of matcha-flavored sweets. I love matcha, but I was shocked that the matcha corner in some souvenir shops were so green with such a wealth of products! I had no idea there were so many types." (Male, Canada)

Matcha-flavored sweets and beverages have recently become a trending topic overseas, and have gained more and more popularity. Especially in Kyoto, these matcha sweets seem to be well-loved by overseas tourists, and many people buy them in bulk. So, it's no wonder why some Kyoto shops, as our interviewee from Canada observed, include a green matcha corner, entirely dedicated to matcha goods.

In Kyoto, you can even try out a tea ceremony experience, where you can enjoy not only sweets but authentic matcha. There are always English-speaking staff at these experiences, so foreign tourists can feel comfortable participating. They are held several times a day at a reasonable price. Tea ceremonies are a recommended experience to make great memories of your trip. 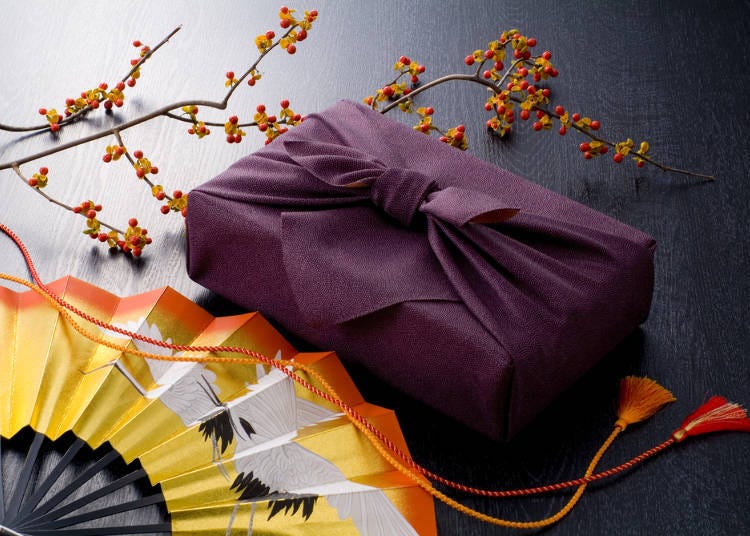 "I bought furoshiki cloths as souvenirs. Not only were there traditional Japanese patterns, but cute and colorful ones, too. I gave one to a friend in my home country, and I was surprised that they used it as a scarf. My mother thought it looked like a work of art, and had hers framed and hung as a decoration." (Male, Canada)
Furoshiki is a type of cloth for wrapping and carrying or storing things. They have been used in Japan since the Nara period. Furoshiki are just one item that is authentically Japanese, and often purchased as souvenirs by foreign tourists. Those with patterns and illustrations reminiscent of Japan, such as cherry blossoms, seem to be the most popular.

However, if you gift someone a furoshiki as is, the receiver might not understand its intended use, like our Canadian interviewee's friend and mother. Therefore, it is a good idea to explain how to use it when giving it to someone. There are videos online that explain how to use them. Many foreigners have even watched and commented, "Furoshiki are amazing!" "What a great idea!" It may be helpful to check it out.

Furoshiki are not so commonly used anymore, even by Japanese people, so they are not seen as often. However, with the use of furoshiki as souvenirs by tourists, they just might experience another boom in Japan. 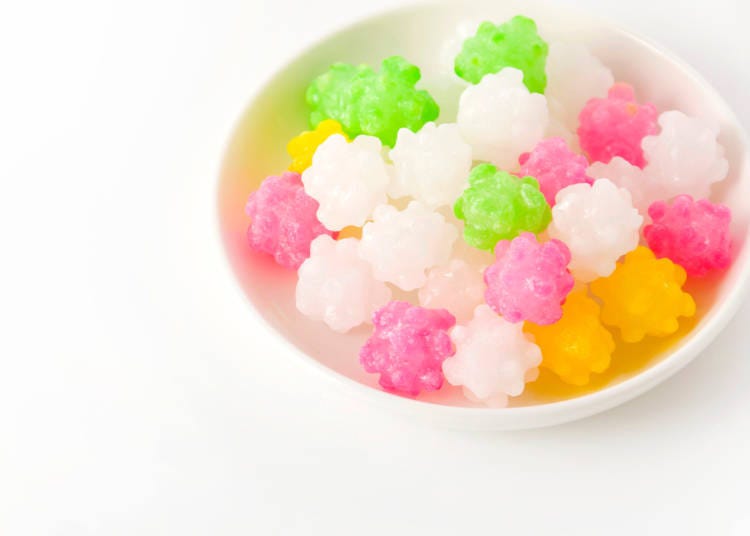 "I really like kompeito. I was surprised at how hard they were at first, but they're delicious. The taste is similar to rock candies, but these are more cute and colorful." (Male, Canada)

Kompeito are a well-known souvenir from Kyoto. They have a good reputation amongst foreign tourists because of their cute appearance and taste. Nowadays, it is considered a traditional Japanese confectionary, however it is said that they were originally brought to Japan from Portugal. Originally called 'confeito' (the Portuguese word for 'confection'), it seems even its name, 'kompeito' is a remnant of that time.

Kompeito is popular amongst foreign tourists. People love how they look, and enjoy eating them, too. Because they are sugar candles, they are also popular with children. Another thing that makes them a great souvenir for tourists is that kompeito can be stored at room temperature, have a long shelf life, and are easy to carry.

Kyoto is the only place in Japan with shops that specialize in kompeito. You can buy a variety of types. Many people think of kompeito as sweets, like rock candies, but those are not the only kinds. Some varieties are less sweet, and there are even seasonal flavors such as soda, chestnut, and ripe mango. You can buy them in different amounts, from small to give as souvenirs to larger amounts to keep at home. Kompeito are great Kyoto souvenirs. They're easy to enjoy, and cute to look at. I highly recommend purchasing some on your next trip.

In addition to the Kyoto souvenirs introduced in this article, there are variety of other great options, from foods to miscellaneous goods, such as pickled items and hanafuda (Japanese playing cards). Either of these gifts will surely convey the history of Japan, which is so deeply loved by tourists from all over.

And if you're worried about what to choose as a souvenir on your first trip to Japan, many shops now have display boxes showing the inner contents of each item so you know what you're getting. Be sure to take a look!