HOME Hokkaido Hokkaido Sapporo / Chitose Visiting Hokkaido in Summer: What to Pack for Hokkaido in July and August 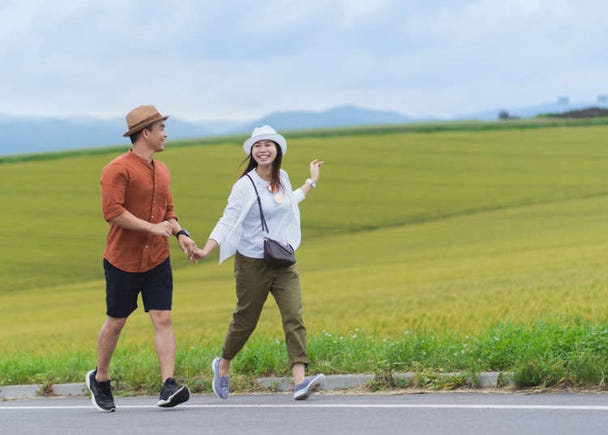 In July and August, Hokkaido is sunny and there are many summer days when the temperature is warm.

Hokkaido, Japan's northernmost island, is a great retreat for the summer. Depending on exactly where you are traveling to in the area, the clothing you need can vary greatly. It is good for you to be specific about travel plans so you can pack accordingly.

Hokkaido is vast and has a large temperature difference depending on the area! 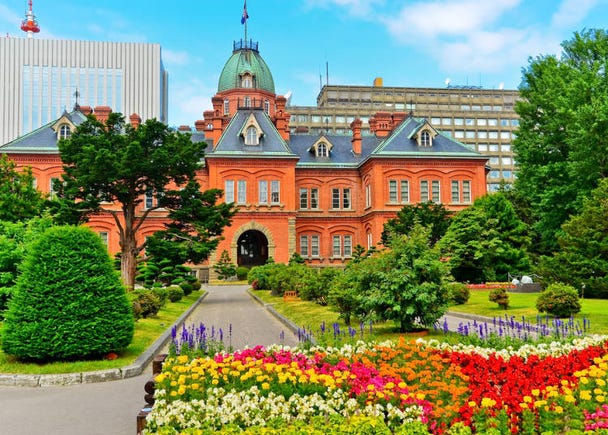 Hokkaido is 83,456 square kilometers, which is comparable to the size of Austria.

Mountains are to the east and to the west. Depending on where you are, the landscapes can be quite different.

In urban areas of Sapporo, the temperature is higher than it feels 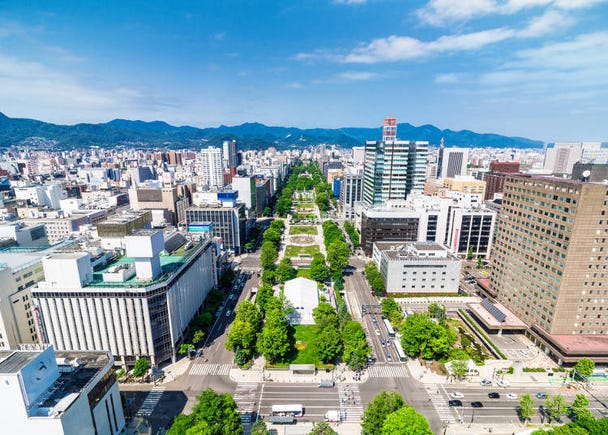 In Sapporo, the largest city in Hokkaido, the heat island effect has been occurring in recent years, and the average maximum daytime temperature is 24.9°C in July and 26.4°C in August (average values from 1981 to 2010 announced by the Japan Meteorological Agency. Same reference below).

In urban areas, the temperature feels higher than the ambient temperature due to the glare, so it would be good to wear short-sleeved, sleeveless, and breathable clothing to keep you cool.

Depending on the terrain, the temperature may be higher in some areas 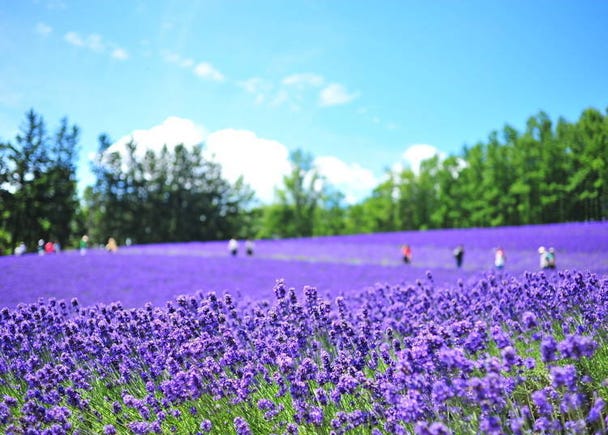 Even though overall Hokkaido has cooler temperatures, there are some areas that are prone to high temperatures. This is true in the Kamikawa basin, including Asahikawa and Furano. The average daytime maximum temperature in Asahikawa is 25.8°C in July and 26.3°C in August.

On the Sea of Okhotsk side, where the warm and dry winds over the mountains rapidly raise the temperature, the maximum temperature may exceed 30°C from May to June.

The southern part of the area, including Hakodate and Matsumae, has a climate close to Honshu. It tends to have many summer and midsummer days, so when going out, be sure to dress appropriately for the heat.

The Pacific Ocean side - where you can see the 'Sea of Clouds' - is cool! 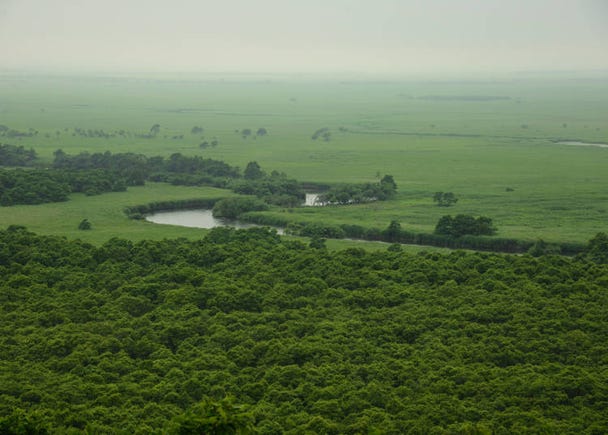 There are cool areas even in the summer. On the Pacific Ocean side, warm and moist air from the South Pacific overhanging the Pacific High is often covered by a sea of clouds that is generated by cooling the cold (Oyashio current) seawater.

Due to this effect, in Kushiro, which faces the Pacific Ocean in Eastern Hokkaido, the average maximum temperature reaches 18.6°C in July and 21.2°C in August.

The temperature in the Soya region north of Hokkaido, which is affected by the Okhotsk Sea high that carries cold air, does not rise much. Unless you tend to run hot, sandals and short sleeves and bare feet will be chilly even during the day.

Pay attention to the temperature difference between day and night in any area! 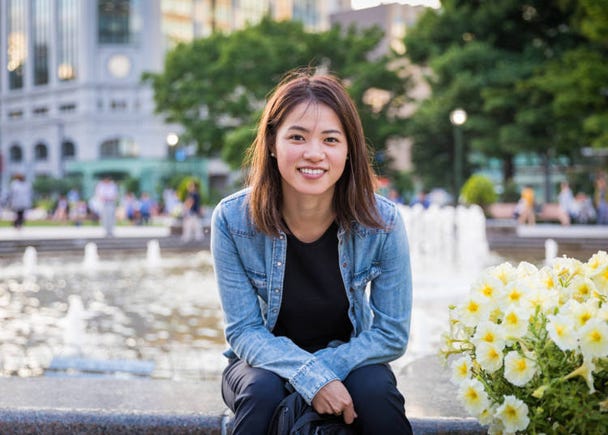 Even in Sapporo and Asahikawa where the temperature rises, be careful of the difference in temperature between day and night.

Even in Sapporo, where the temperature difference is not as severe as in Asahikawa, it can fluctuate by 6 - 7°C during the day, and the difference can become even greater depending on the weather. It is good to have clothing options such as a thin haori or light jacket to prep for temperature changes.

A light jacket also helps avoid strong sunlight on sunny days. It would be helpful to have a parasol. 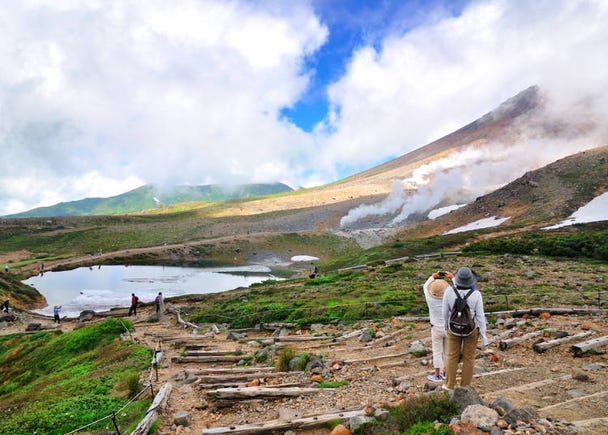 Many tourists in Hokkaido in the summer should be sure to enjoy the glorious nature that abounds here. The sun is directly shining on the vast land and there are so many amazing views, such as rural areas, ranches, and flower spots. Be sure to have a wide-brimmed hat and sunglasses to protect your eyes.

When participating in the above-mentioned sight-seeing activities on rivers and lakes, walking in the forest, etc., wear long sleeves and pants even in summer.

It is an iron rule that bare skin does not appear in natural spots because some plants may give a rash when touched. There are also ticks and caterpillars that may bite. Being covered up also helps prevent sunburn and other injuries. 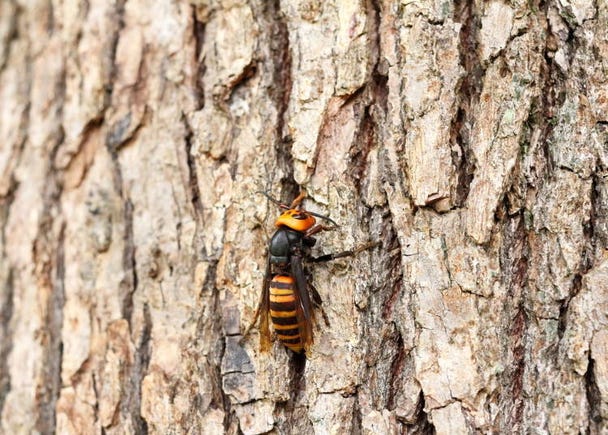 Another reason to avoid exposing your skin is to protect yourself from wasps. The peak is in autumn, but you will see them starting to fly around June.

Recently, more have been building nests in urban areas. Bees tend to attack darker colors due to their habit of being alert to foreign enemies such as brown bears. When you go to the mountains, be sure to not wear black outerwear.

Use proper gear when climbing mountains! 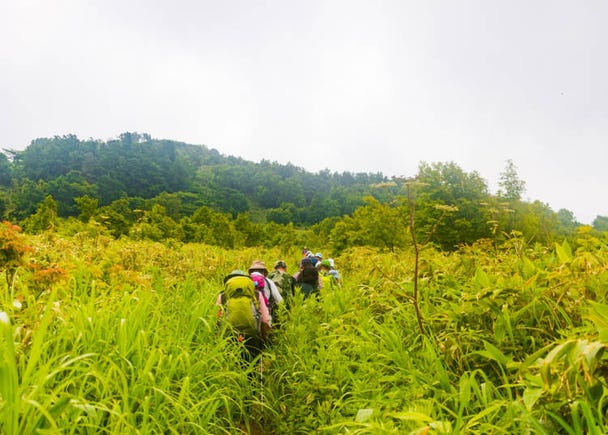 There may be snowy areas even in the summer, so be sure to have suitable mountaineering shoes. Since the weather in the mountains can change a lot and without warning, it is essential to pack not only rain gear but also warm clothes such as layers and fleece.

Keep a light jacket in your bag - just in case! 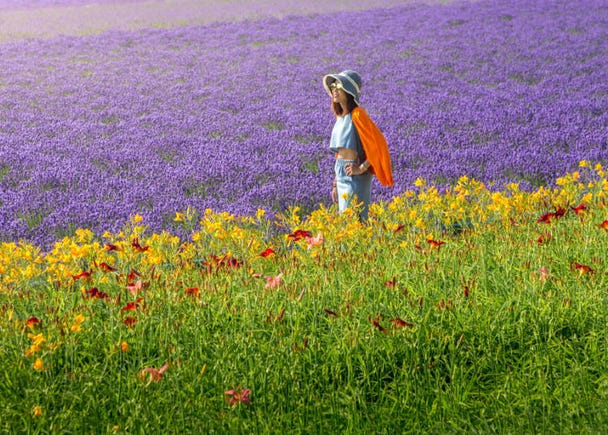 In recent years, the summer in Japan has tended to become extremely hot. Hokkaido, which should be cool, is no exception. Temperatures in northern Japan during the summer (June to August) have been above normal for the 10th consecutive year (see the Meteorological Agency announcement, Japan Regional Average Climate Table).

It is important to keep in mind heatstroke prevention measures such as wearing a hat when walking outside, paying attention to room temperature when staying at the hotel, and frequently consuming water and salt.

Summer in Hokkaido means the temperature changes drastically by day or night or depending on the destination. Even if it seems like you don’t need it when you go out, just to be on the safe side, you should carry a light jacket to enjoy your trip to the fullest while maintaining your energy and being at a comfortable temperature.