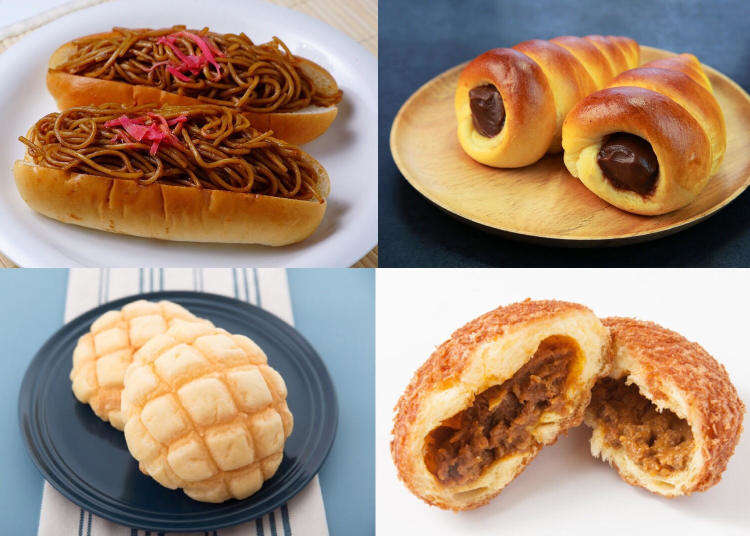 When it comes to food, some of the most unique culinary creations found in Japan are not limited to high-class restaurants, but can be found at the humble convenience store or supermarket. Often they no longer resemble the original inspiration in terms of appearance, but are distinguished by their rich and interesting flavor combinations as well.

When most people think about “bread,” usually a vision of baguettes, rolls or sandwiches comes to mind. In Japan, these common varieties are joined by a unique genre known as souzai pan (“pan” being the word for bread in Japanese). Despite their being found practically everywhere in Japan, since souzai pan blend in with their common counterparts so well, most are not immediately recognized by foreign visitors. But if you know what you’re looking for, you’ll find just to what extent bread is as much a food as it is an artistic medium. 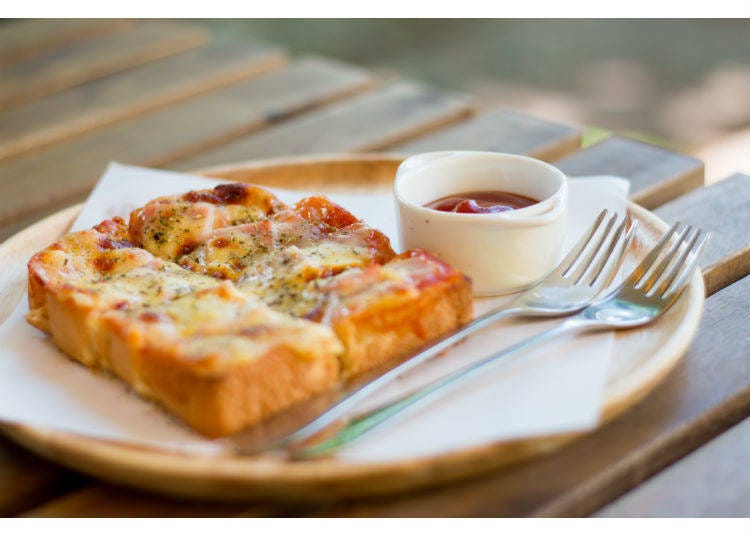 Imagine a handy sized pizza just for 100 yen, but without the messy sauce or drippy cheese – that’s the concept behind pizza bread in Japan! It tastes almost perfectly like a pizza and since it’s wrapped in a pouch, it’s a highly portable snack for when you’re on the go. Occasionally, you may even see a delectable homemade version of this – pizza toast – at local cafes and eateries. Eaten cold or toasted hot, pizza bread can really hit the spot. Varieties can range from the standard tomato sauce with cheese to a more unique tuna and mayonnaise mix. 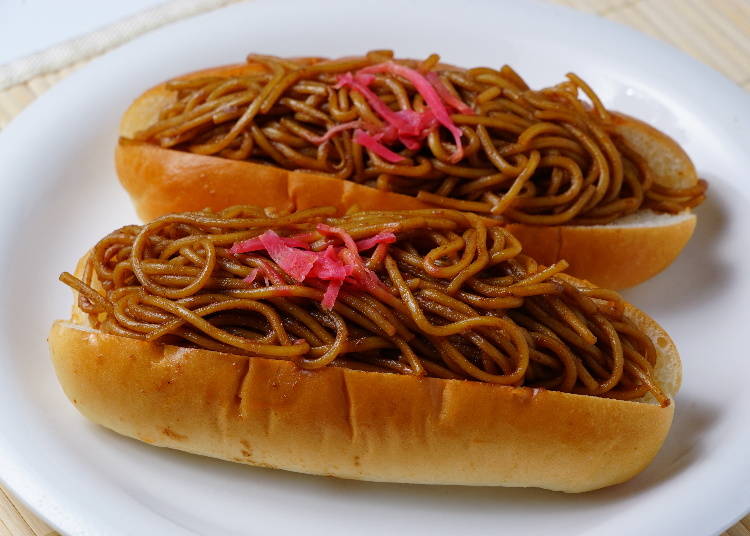 Stir-fried noodles in a hot dog bun! When traveling around Japan, you may notice people munching on these at lunchtime, particularly in parks or outside convenience stores. Although the taste of noodle sandwiches may be a little difficult to imagine, there’s definitely some magic happening between the savory yakisoba and light sweetness of the bread that makes them taste unexpectedly great!
Not only will you find yakisoba sandwiches in Japan, but also Naporitan – a version containing spaghetti, tomato ketchup or sauce, plus onions, mushrooms and other vegetables. 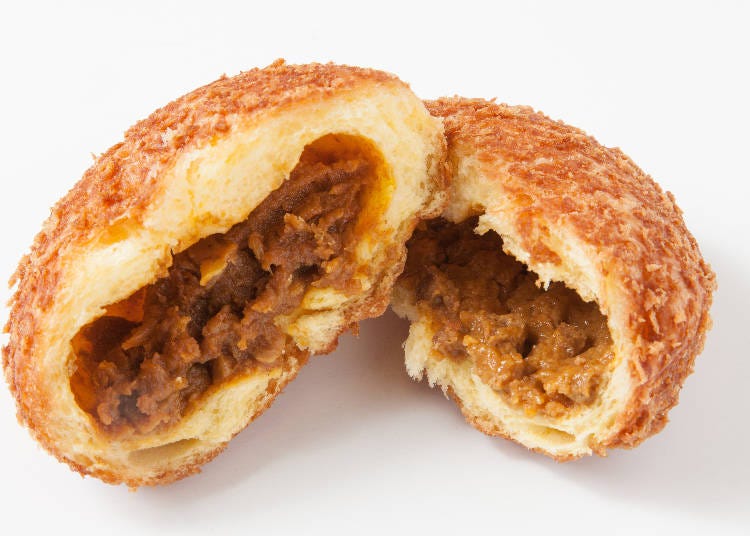 Visitors to Japan are often surprised by the extent to which Japanese love curry. It is possibly one of the all-time favorite foods for Japanese kids and a number of varieties have developed over the decades – including the curry donut. People outside of Japan would probably wonder why Japanese would take a spicy dish and place it inside a sugary pastry. That’s precisely where culinary creativity meets innovation: the curry filling tends to be on the milder side, while the deep-fried shells tend to be savory, resulting in a marvelous marriage of flavor and texture. Once you taste one you’ll love it too! 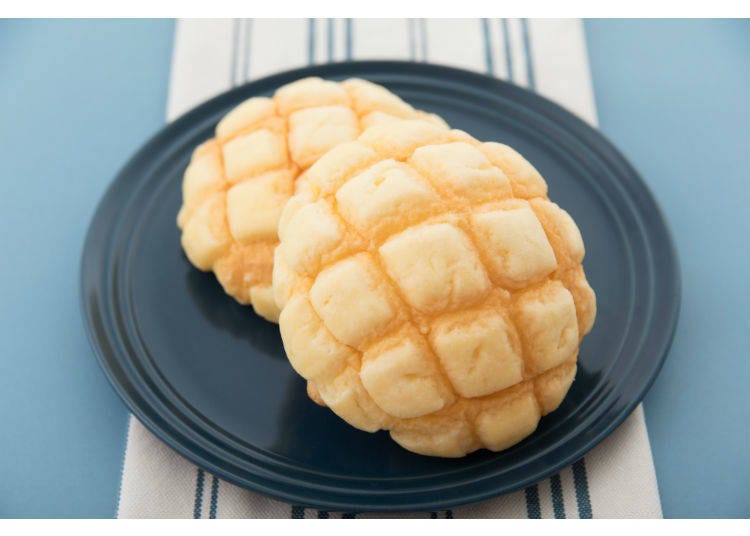 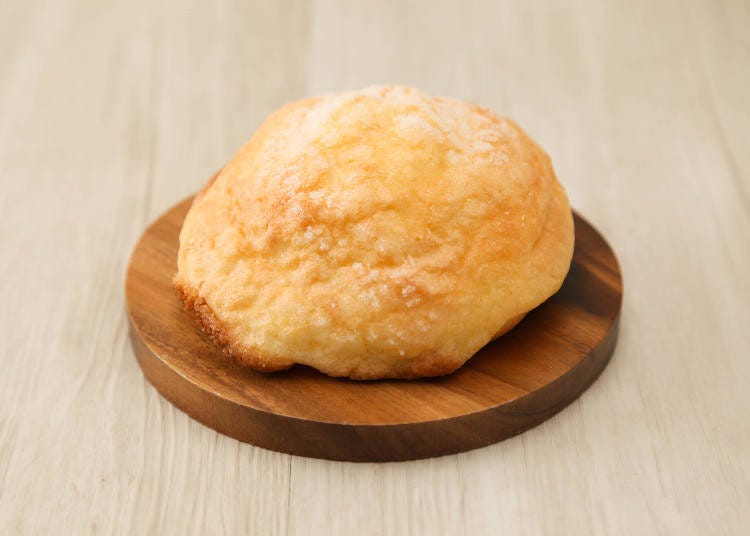 When you wander about a convenience store, supermarket or shopping street, you’ll undoubtedly come across a bread with an outer texture reminiscent of a pineapple, often coated with sugar granules. This is the almighty melon bread that’s very popular as a treat for kids and adults alike. Not only does it have a light honeydew melon flavor, but it has a somewhat crispy crust and tender inside. These days there are varieties made using maple syrup or whipped cream which are especially popular with kids. Particularly in the cooler months, shops may even serve these delectable rolls hot – a recommended indulgence indeed. 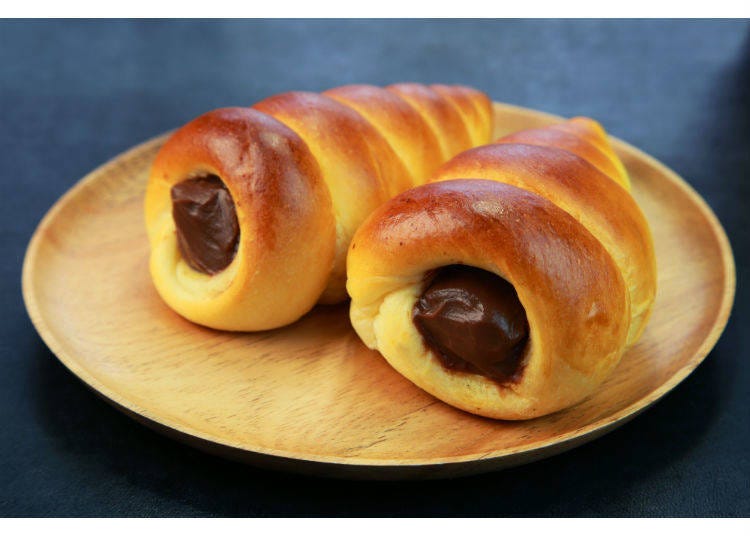 Many dessert breads in Japan resemble their namesake, and the chocolate cornet is no different. A simple smooth, lightly sweet bread that’s filled with thick nutty chocolate custard, chocolate coronets are popular as a breakfast item or as a mid-afternoon sweet at work. These yummy treats are equally enjoyed for dessert or as an evening snack.