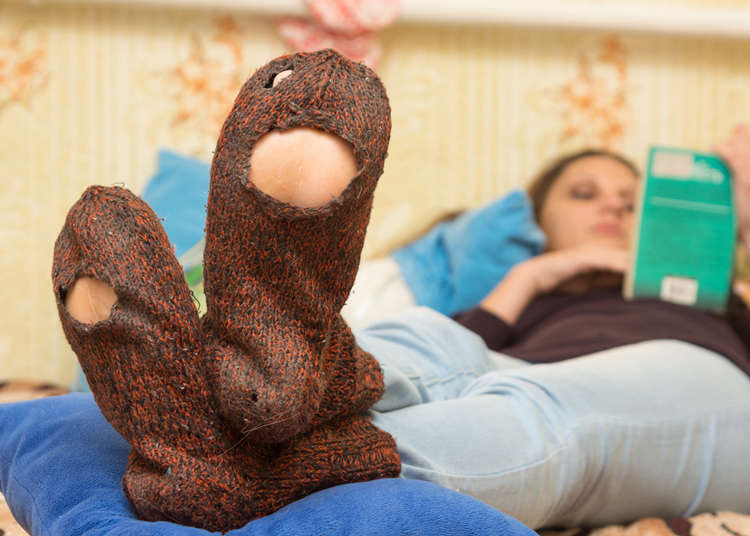 Before visiting a country for the first time, many people buy a guidebook. You need to know a bit about the country in advance, like “how to tip in the US” or “don’t flush toilet paper in South Korea.”

Of course, tourists who visit Japan for the first time also learn from guidebooks.

But how is Japan depicted in international guidebooks and websites? In what ways is Japan viewed that Japanese may not know about? Here are some surprising “Instructions for Japan.”

“Saying ‘Excuse me’ is no good!” When asked for directions in English, the Japanese run away 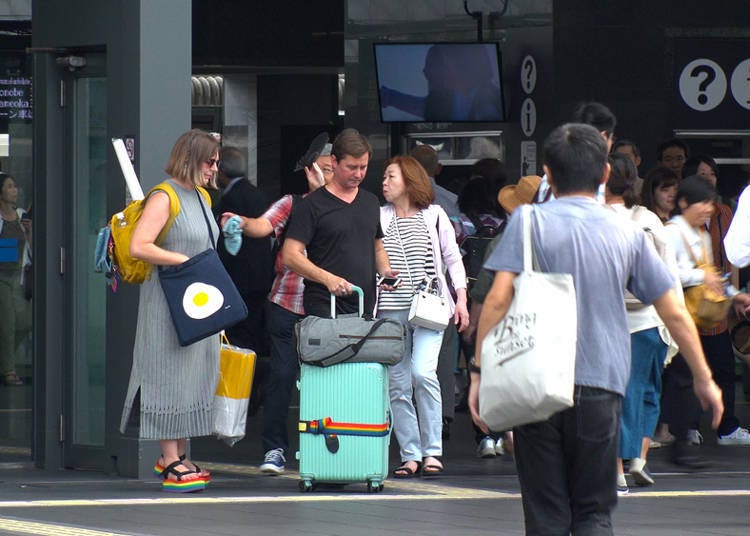 One guidebook published in China states that “Japanese people always run away when foreigners ask for directions in English.”

Whether or not they literally “run away” is a different matter, but, certainly, people will often be surprised if suddenly addressed in English.

In Japan, English is often seen on signs and in store names, so it’s no wonder that tourists might think they can speak English to anyone on the street.

Japanese learn English starting from elementary school (formerly junior high), so many people can probably read and write a little. However, since opportunities to actually speak English are limited, it’s not uncommon to feel unprepared and “reject” a sudden English conversation.

Actually, since simple English words are often understood, using a single word or short phrases like “excuse me” or “I’m sorry” along with simple Japanese, may lead to smoother exchanges.

“It’s OK to take them!” Free tissues handed out on the street 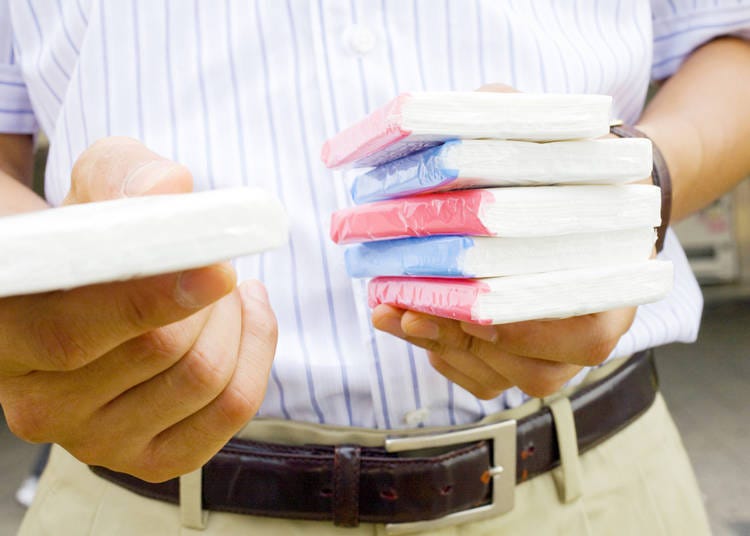 An American guidebook advises: “There’s no harm in accepting the tissues distributed on the street.”

Of course not! “Gift tissue” is commonplace in Japan. So... why is it listed in the guidebook?

It seems that giving away tissue is surprising because paper can be very expensive in some countries. Free tissue is rare since the price of paper makes it impossible to distribute as easily as it is in Japan.

We spoke to a Japanese person handing out tissue and they said there are many people who are hesitant to take it, but that there are also many who gladly accept it. Some tourists accepted it just as casually as the Japanese and since the packets include interesting advertisements and illustrations, some like to take them as souvenirs.

It’s a surprising point of interest, since it’s such a part of everyday life for residents of Japan.

“Talking is OK! But NOT on the phone!” Phone manners on the train 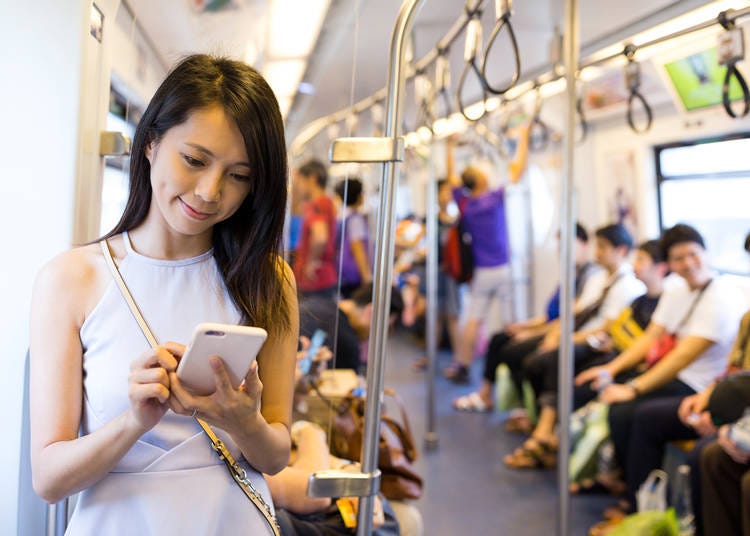 When friends visit from overseas, they’re often surprised to learn that “No one talks on the phone on the train.” Although it’s included in Japan guidebooks from many countries, the rule seems to be a “Galapagos rule” unique to Japan.

From the perspective of the Japanese, it’s common sense, but for non-Japanese, the question arises, “Why is talking on a train OK, but phone calls aren’t?” Good point: Why is a conversation between two or more people acceptable, while a conversation with only one person isn’t, despite being the same activity?

That being said, it’s a major factor to be aware of when riding a train in Japan.

Many Japanese people maintain etiquette by not speaking loudly on trains or in public places, so even when talking on a train, only a minority of people speak loudly. On the other hand, in the case of a phone call, it’s easy to forget you’re on a train when concentrating on speaking with the other party. Additionally, calls tend, inevitably, to be louder in order to be heard over the noise of the train.

To tourists, it may seem strange to see most train passengers quietly using smartphones, but it’s an important rule in Japan – a country known for its manners.

“Be aware that some money cannot be used!” Japan, the vending machine powerhouse 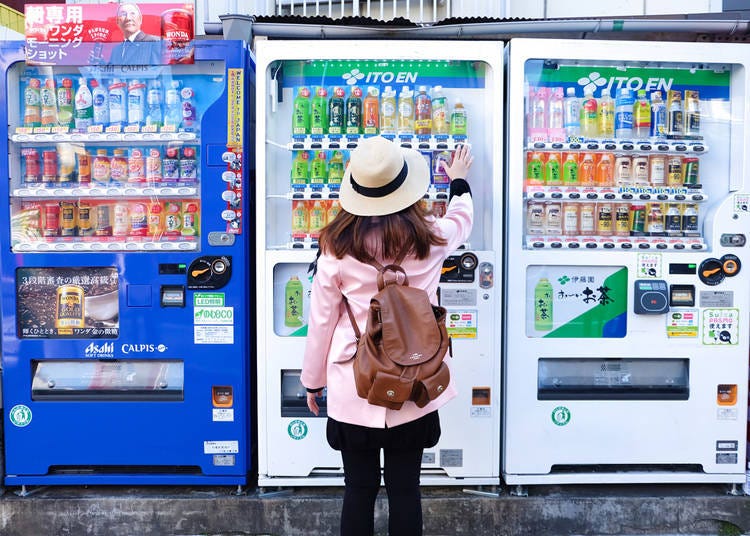 Another thing that surprises tourists as they walk around Japanese cities is the large number of vending machines.

Currently, there are reportedly more than 4 million vending machines in Japan (Source: Japan Vending System Manufacturers Association). For such a vending machine hotbed as Japan, the “Things travelers should be careful about!” list includes “Vending machines don’t accept 1- and 5-yen coins!”

There are four types of coins accepted by vending machines: 10-, 50-, 100-, and 500-yen coins. Only 1- and 5-yen coins cannot be used. Furthermore, with some exceptions, only 1,000-yen bills can be used. This is normal to Japanese people, but could cause complications for some travelers.

So why can’t we use smaller denomination coins? It seems the reason is “to save space.” If lower-value coins were accepted, vending machines would require more internal space to store large amounts of those coins.

On a related note, the 5-yen coin is the only Japanese coin that does not have Arabic numerals. Unlike other coins or bills, it bears only the kanji for “5-yen” so it might seem like a “mysterious coin” to some.

However, it’s also a beautiful golden color and has a hole in the middle, a rare design overseas, so some tourists like to keep 5-yen coins as souvenirs.

Come to think of it, it’s a valuable warning!

“Avoid having holes in your socks!” Taking your shoes off whenever you enter a house 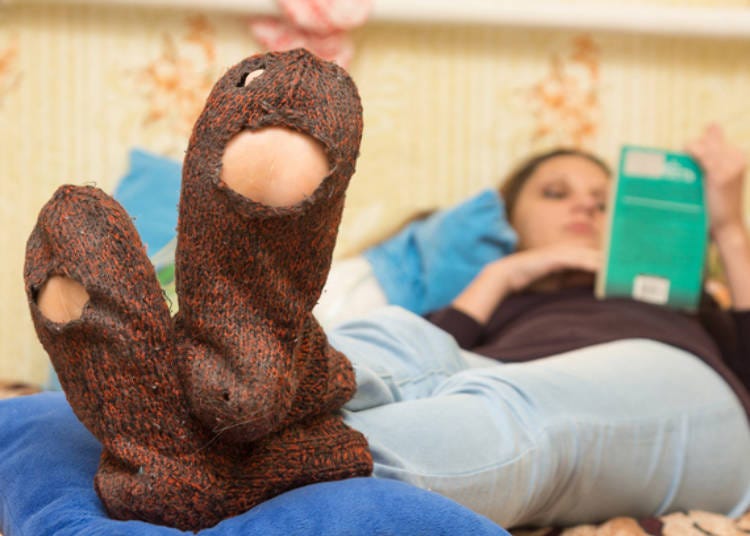 One of Japan’s most well-known cultural rules is “take off your shoes indoors.” It seems that many tourists have a tendency to overlook this point, so guidebooks are careful to include cautionary instructions.

In addition to the classic mistake of “I walked in with my shoes on,” there’s the equally common “I wore socks with holes.” Since they don’t have to take off their shoes as often, non-Japanese are often unprepared and end up being embarrassed by their worn-out socks.

A culture of keeping indoor areas clean by taking off shoes at the entrance has developed in hot, humid Japan. To make visiting Japan more enjoyable, wearing easily removable shoes and clean socks is highly recommended. 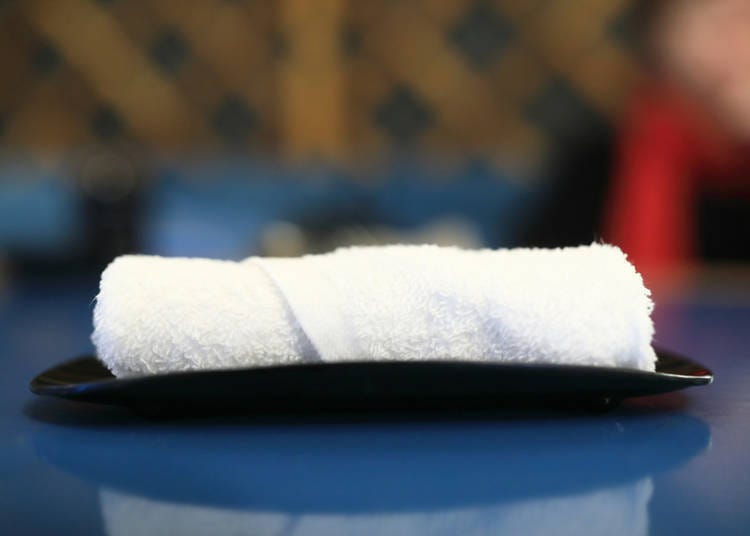 Also on the list of things too commonplace for Japanese to pay any special attention to: “oshibori.” These damp hand towels are typically given to customers upon being seated at most restaurants.

Paper napkins are common overseas, and hand washing may be less frequent than it is in Japan, so the custom may seem like surprisingly high-class hospitality more often expected “when traveling business class.”

What might be even more surprising to tourists is when middle-aged men wipe their faces with their hand towels – a scene that is rarely seen overseas.

“Warm in winter and cold in summer” hand towel service may be taken for granted by the Japanese, but it’s a custom born from a true sense of hospitality.

Some of these points of interest about Japan may not always stand out to the Japanese themselves and are often a manifestation of their manners and hospitality. When visitors come from overseas, we hope each of these cultural norms only adds to their positive impression of Japan!

From Aomori Prefecture. Lives in Osaka Prefecture. After working as a screenwriter, scenario writer, and YouTuber, is currently active as a broadcast writer.