HOME How To Get Mad in Japanese: 30 Angry Japanese Phrases for When You Just Can't Take it! 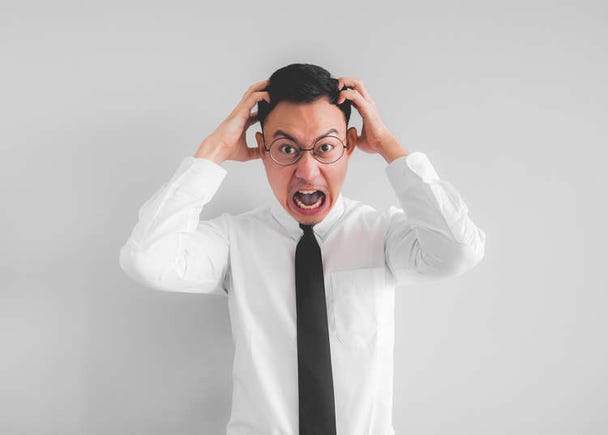 How To Get Mad in Japanese: 30 Angry Japanese Phrases for When You Just Can't Take it!

Japanese people are often described as very polite and reserved. In fact, many of them don't show an expressive personality in public and rather keep their feelings inside than spitting it all out.

But that doesn't mean there are no words to express your emotions!

In this article, we'll have a look at rude Japanese phrases for those times you just want to tell someone off.

How older people get mad in Japanese 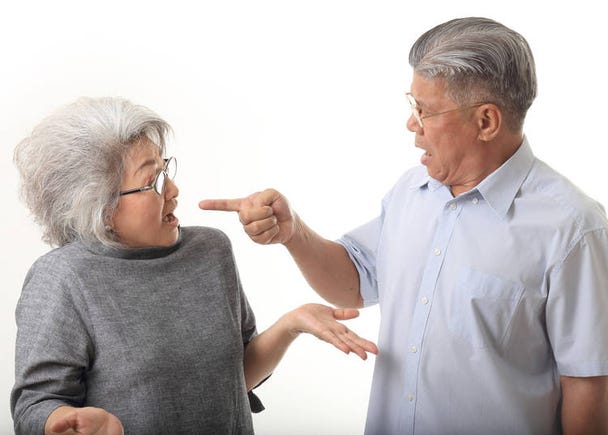 1. “Hara ga tatsu.”= I’m irritated. / I’m angry.
This is one of the most common phrases that is used to describe general anger. It can range from being irritated to absolutely pissed off depending on how you say it.
・Example: Ughh, hara ga tatsu! He's parking the car in front of our place again!

3. "Atama ni kuru." = I'm losing my temper.
"Atama ni kita." = I lost my temper.
This phrase is used when you express your anger to yourself or somebody else who is not the one who provoked you.
・Example: Ahhh, atama ni kuru. My colleague just left his task on my desk and has gone home while I was in a meeting. He always does this.
These three phrases above all contain the words of body parts such as 'hara' (stomach), 'shinto' (heart), and 'atama' (head). In fact, Japanese idioms often use a part of the body.

5. "Yamero!" (Male phrase) = Stop it!
"Yamete!" (Female phrase) = Stop it, please!
"Oyame nasai!" (Very formal, polite phrase but also implies an order) = Would you stop it, darling, right now.
"Yame nasai!" (Less formal, but still polite, also implies an order. Usually used when a speaker is in a higher position than the one who is told. For example, a boss to an employee, a parent to their kid, or an owner to their pet) = Stop it!
・Example: Yamete! I said I don't want to listen to a ghost story! Don't you dare start.
*Don't stop in Japanese would be "Yamenaide."

6. "Omae no sei daro!" (Male phrase) = It is your fault! = It must be your fault!
"Anata no sei desho!" (Female phrase) = It is your fault! = It is your fault, isn't it?
In current Japan, ‘omae’ is a very rude way to call somebody, so many Japanese get a similar impression as when English speakers are called like ‘oi, you!’ Whereas 'anata' is a very formal and polite word which also means 'you', that would be 'sir/madam', or 'darling' when it's said with a friendly tone, in English.
There is also another difference between these two phrases if you see the end of each phrase. 'Daro' here is quite judging while 'desho' here is more like asking. This gap makes the actual meanings of these phrases significantly different even though their definitions seem the same.
In Japanese, it used to be believed that women must use 'female language' which always contains the meaning of 'please'. As you see in the phrases shown above, they mostly share the words except for the very last sound of the sentences. In many cases, 'te' at the end of a sentence makes it into a more pleading phrase.
Many older ladies still speak this different language, while younger ones tend not to follow this old hat lingo.

7. "Mattaku." = Damn it. / Oh well. / etc.
This phrase shows a slight irritation, especially when you give up fighting against something that annoys you.
・Example: Mattaku... How many times should I tell my colleague that she's taking the wrong procedure? I'm fed up with covering her...

8. "Baka baka shii." = Nonsense. / Bollocks. / Stupid. / etc.
This phrase shows irritation and a slight contempt.
・Example: Baka baka shii. What kind of myth does that politician believe? All he speaks is nonsense.

How adults get angry in Japanese 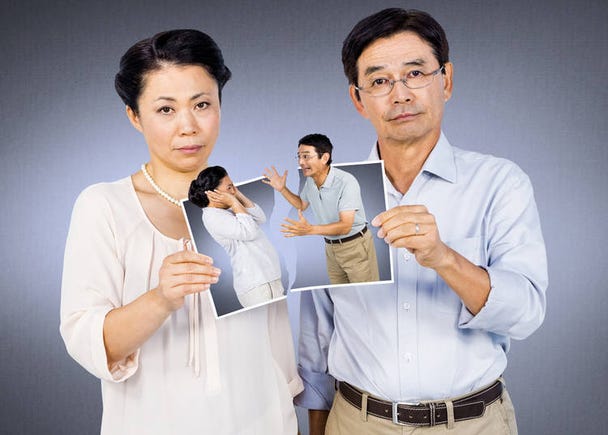 9. "Chikusho!" = Damn! / Damn it!
This phrase comes from Buddhism. Chikusho means animals, sometimes specifically domestic animals, or beast/brute. In Buddhism, the animal doesn't include human-beings, and it is believed that it states inferiority to humans. Stemming from this, the Japanese used to call a person who does what is not acceptable as a human 'chikusho'.
Unlike the English word "damn!", this Japanese word is not so commonly used by younger people today as it sounds a bit too dramatic to say in the real world. However, some older ones still say it when they are irritated.
・Example: Chikusho! We were ripped off!

10. "Huzakeruna." = Stop fooling around. / Come on. / What the hell? / etc.
"Huzakenaide." (Female phrase. Almost the same meaning but this one has a pleading tone.)
The literal meaning of this phrase is 'stop fooling around.' But it can also describe your irritation or unpleasant surprise such as 'come on!' or 'what the hell?'
Again, there is a female version. In younger generations, women generally don't speak the female language as much as older people do, but some specific phrases are still used.
・Example: Huzakeruna! You said everything on the menu was 500 yen! I'm not gonna pay 10,000 yen just for three glasses of beer and sashimi. This is a scam!
・Example 2: Huzakenaide! You must've been told we'd charge you for service and the venue fee. This is not a scam!

11. "Kanben shite." "Kanben shitekure." = For goodness' sake!
This phrase does not always illustrate anger as it originally means 'Please, stop it now for me. I've had/done/tried enough.' So, you might hear it at a market, for example, a friendly seller might say it to a customer who is haggling too much.
・Example: Kanben shitekure. We've waited for 2 hours, and you say we were in the wrong queue? Have mercy, please!

12. "Iraira suru." "Iratsuku."= I'm irritated.
'Iraira' describes the statement of being irritated. So, you can also use this phrase like 'iraira shiteru ne.' = You are irritated (aren't you)? when you worry about somebody who seems quite upset.
・Example:Ughh, iraira suru! The car before us is too slow!

13. "Nametenja ne zo." "Namen na./Nameru na."= Don't mess with me. / Don't take me for granted.
This phrase is to use when you are treated badly. It may scare people depending on the tone of voice, so you should be careful when using it.
However, the literal meaning of 'nameru na' is 'don't lick.' So, you may also hear, for example, a parent says to their kid 'Nameru na.' or 'Namenai de.'(softer version) to stop them licking something dirty, for example.
・Example: You think I can do nothing? Namen na. You'll see.

19. "Oi! "= Oi!
It’s pronounced nearly the same as the English version, but if the Japanese cry out “oi!”, it means he/she is furious. (Or, in some cases, they are not angry but just extremely rude.)
・Example: Oi! Are you listening to me? I said you scratched my car!

20. "Hai hai." = Yes, yes. / Okay, okay.
In Japan, saying yes twice is often considered rude behavior. In fact, many parents tell their kids off for it. So, when the Japanese dare speaks like this, it 99% surely means that they are quite annoyed and want to let another person realize it, or might be even trying to provoke them. Imagine how you’d feel if somebody says “I know, I know.” before you finish. It is a similar situation to how the Japanese feel when somebody says “Hai hai.”
・Example:
A: Are you listening to me? I’m saying I asked you 2 hours ago to do the dishes, and you are still sitting on a sofa, watching the DVD! How dare you!
B: Hai hai. By the way, do you know who’s doing all the housework every day? 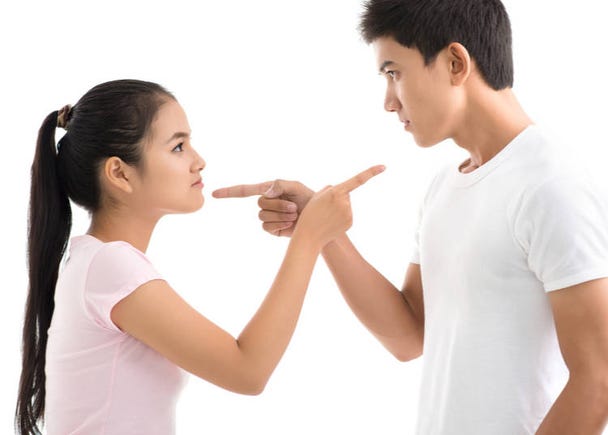 Younger Japanese are often called "satori generation" (Satori=Enlightenment), which means they are realistic, likely to aim at only an attainable goal, and having little eagerness. It also caused them to be hesitant or even tend to avoid clashing with others. Hence, the angry words they use are often less aggressive compared to the other generations.
Also, as many of them are aware of unfairness between male language and female language, they tend not to use it themselves, and not to expect others to use it as well.

21. "Mukatsuku." = I'm angry. / I don't like it. / etc.
Mukatsuku originally indicates the condition of your belly being funny like after you overate oily food. So, you can also use this phrase when you feel a bit sick to your stomach, 'I ga mukatsuku.' (i = stomach)
And, because when it can also happen when you are upset, this phrase is used to express anger as well.
・Example: Mukatsuku! He saw me tripped, and laughed!

22. "Uzai" = It's annoying. / I'm annoyed.
This is kind of slang, which the original word was "Uzattai."
Uzai, uzattai both are used when something (often persistently) annoys you.
・Example: Ahhh, uzai! Stop following me. I said I wouldn't go out with you!

25. "Moh ii." = I had enough. / I don't expect anything from you anymore.
These phrases show that a speaker no longer has any interest in others because they are offended/angry/fed up/ etc. In Japan, many people think indifference is worth than hate. Hence, you might be in a serious situation when you hear these phrases.

26. "Ha?" = What the hell?
This sounds often indicates a slight irritation or unpleasant surprise. (And some younger people also use it when they are overwhelmed because something too good happens.)
Unlike the English phrase 'what the hell?' or any related variation, this is often considered as a rude, cheeky phrase by older people. Hence, I recommend you to consider it well before you try the word.

27. "Shine." = Die.
Younger people often use this word as a similar nuance of 'f*ck!' in English, to show their anger/irritation. So, although the literal meaning of this phrase is 'die' or 'you die', it can be said to objects as well.
Note: As you see its meaning, this is not a very good word. I suggest, if you feel like to try it, to just use it within friends or family, and not to humans/animals.
・Example: So, here’s yet another error! You, useless computer, shine! 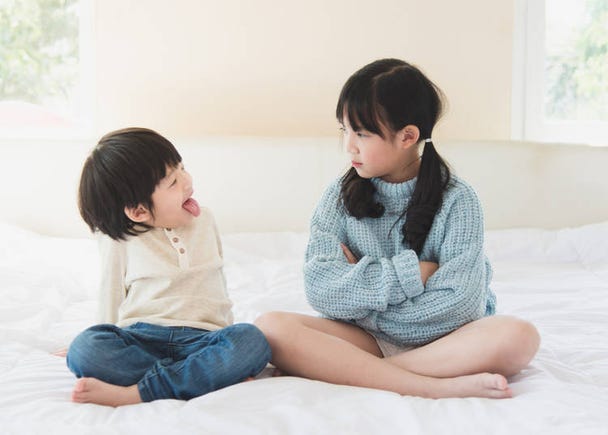 28. "Moh!" = Ughh!
This shows a frustrating feeling when a thing doesn't go as you expect. Grown-ups also use it when they are alone or with their friends/family.
・Example 1: Kid: Moh! My sister broke my sandcastle!
・Example 2: Adult: Moh! This laptop has a mind of its own!

...And the most powerful Japanese expression of all! 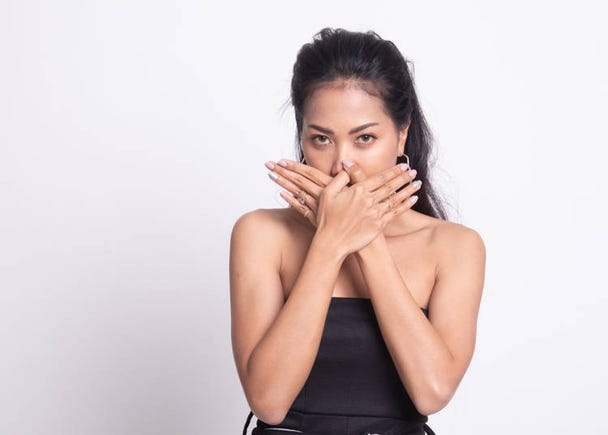 Now you know 29 typical expressions of anger in Japanese! You'll definitely hear them on TV, or you might even have a chance to catch some in public during your stay.

And, here is the most common one across all generations, that is to say, 'silence.'

After all, most Japanese people remain quiet when they are completely furious, letting the absence of sound speak louder than any shout could. It might be because they lose for words when they are agitated as they are not used to expressing their feelings but to holding it. Or, it might be because they feel it's embarrassing to spit out how they're offended by others. (You might have an experience where a Japanese person asked, 'Are you angry?' when you were just quiet. Well, this is the reason why they asked.)