HOME What Kind of Natural Disasters Happen in Japan? Learn the Basics To Be Prepared! 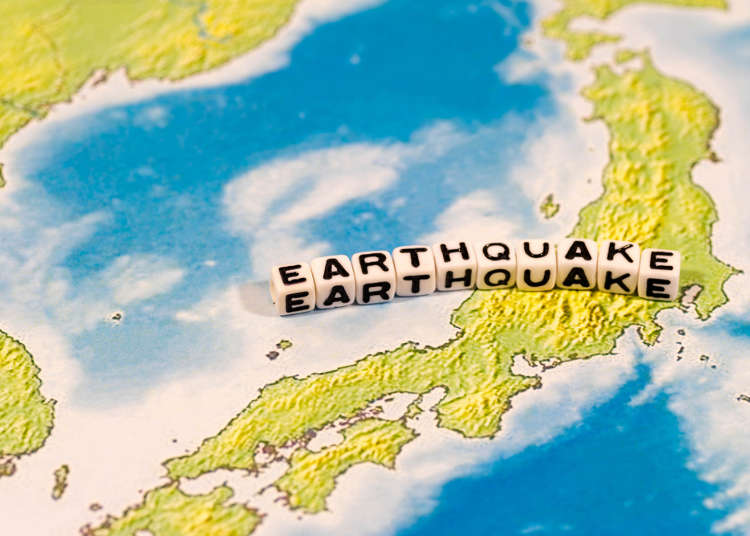 What Kind of Natural Disasters Happen in Japan? Learn the Basics To Be Prepared!

Earthquakes, tsunamis, typhoons, and other severe weather cause major damage to human life and society, Japan is considered one of the world's leading disaster areas. Due to the country’s location, topography, geology, and overall weather conditions, earthquakes, tsunamis, volcanic eruptions, typhoons, and heavy rains are likely to occur there, and the impact of abnormal weather worldwide is increasing.

This time, we’ll explain why natural disasters are so frequent in Japan, and what kinds may be experienced by those planning to travel to or are currently traveling in Japan.

1. Why Japan is called a “disaster powerhouse”? 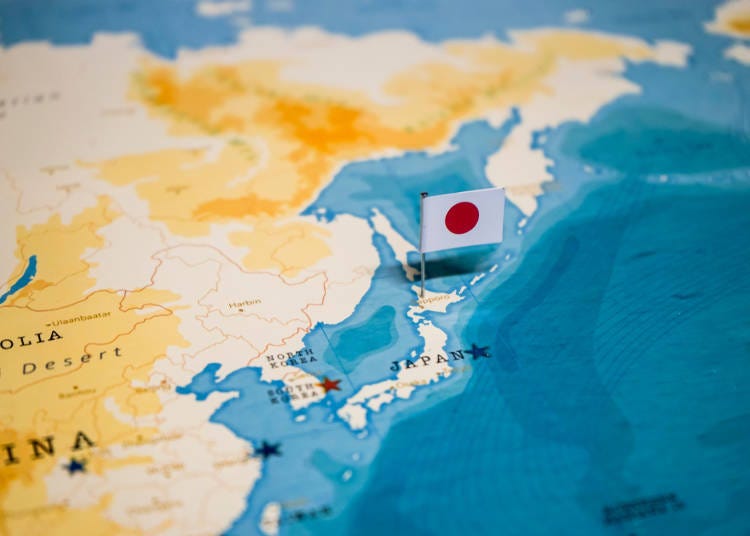 There are four reasons why there are so many natural disasters in Japan.

・Location
The earth has twelve major tectonic plates, of which four converge in the Japanese archipelago. This means that the likelihood of earthquakes and volcanic activity due to the plates’ movement is dramatically increased.
In fact, 20.8% of earthquakes of magnitude 6.0 or higher that occurred between 1996 and 2005 occurred in Japan. Considering that Japan accounts only 0.25% of the world’s land mass, this is a very high occurrence of quakes.

・Weather
Japan belongs to the Asian monsoon climate region. While monsoons bring abundant water and benefits to the agriculture industry, heavy rains often cause flooding.
Additionally, there are increasing concerns about the impact of recent global warming on the Asian monsoon climate. According to the Japan Meteorological Agency’s AMeDAS's (Automated Meteorological Data Acquisition System) data gathered from approximately 1,000 locations throughout Japan, the number of annual heavy rains has been increasing over the past 30 years, and the trend is expected to continue.

・Terrain
About 70% of Japan’s land mass is covered by mountains or hills, creating beautiful scenery. However, because of the small land area, the mountain slopes are steep, fragile and prone to collapse. Since the rivers flowing out of the mountains experience dramatic declines, flooding is more likely to occur.

・Urban Development
Due to population growth and urbanization, the non-mountainous areas are expanded by reclaiming the coast and the creation of artificial hills. As a result, cities and houses are often built dangerously near rivers and coasts, and volcanoes, landslides, and flooding risks have increased. It’s often said that people are “living next to a disaster.” 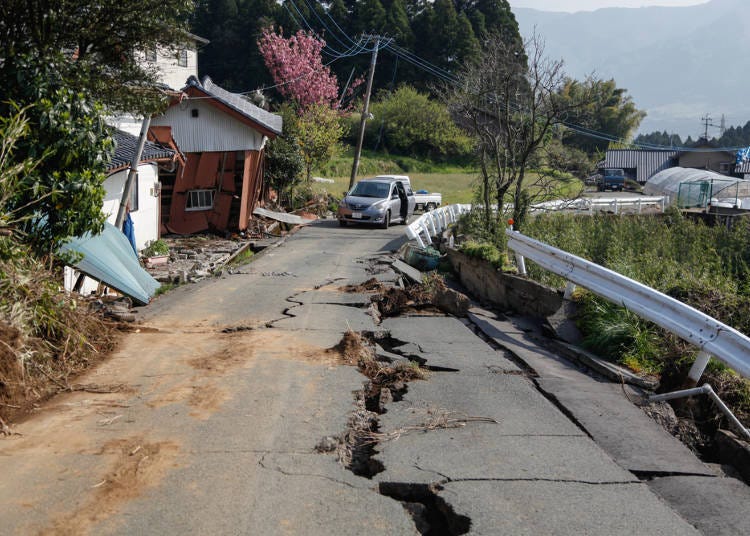 At two points just off the coast of Japan’s highly populated Kanto region, three of the four tectonic plates on which country rests intersect with a force unparalleled in the rest of world. Earthquakes can result in tsunamis, collapsed buildings, fires, and landslides. In urban areas, objects falling from buildings may cause injury, gas, electricity, and water service may be interrupted, transportation disrupted, and telephone connections can be affected. 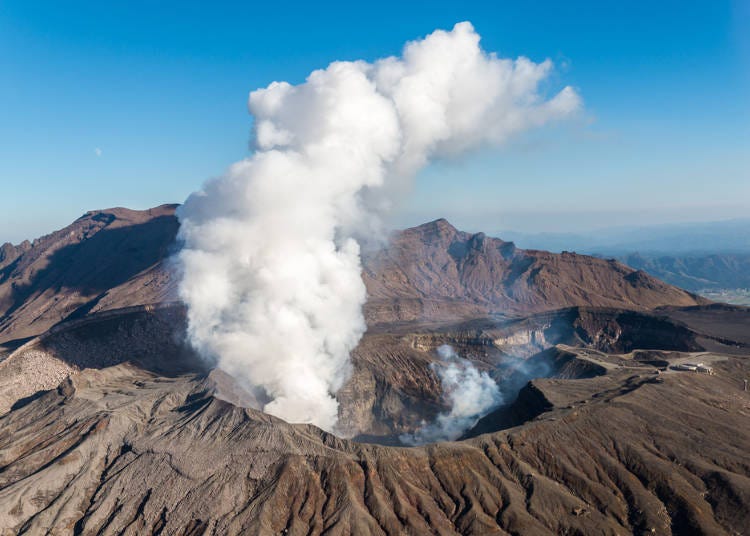 There are currently 111 active volcanoes in Japan, accounting for 7% of the world’s total. Volcanoes are created by erupted magma after the material that entered with the plate under the Japanese archipelago becomes magma in the ground, rises and is temporarily stored in the magma chamber. Therefore, the plates are scattered along the trench where pressure is applied to each other.

In particular, volcanic ash is transported from tens to hundreds of kilometers and can, damage crops, affect airline travel, and stop traffic. Inhalation of volcanic ash leads to breathing difficulties, and can irritate the skin. 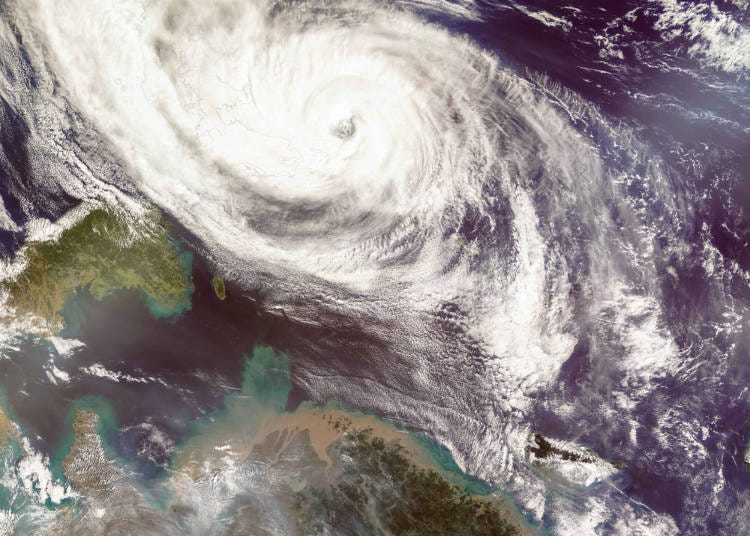 Typhoons are tropical cyclones that begin as storms a sea and can have reach wind speeds of 17.2 meters per second or more. Japan’s typhoon season lasts from July to October, and when making landfall, cause heavy rains, flooding, and storm surges. Other effects along coastal areas include broken riverbanks and levies, collapse of houses, grounding of ships, and injuries caused by flying objects or falls from wind gusts.

Further inland in mountainous regions the heavy rains caused by typhoons can result in landslides and flooded rivers.

5. What is the difference between "weather warning" and "weather advisory"? 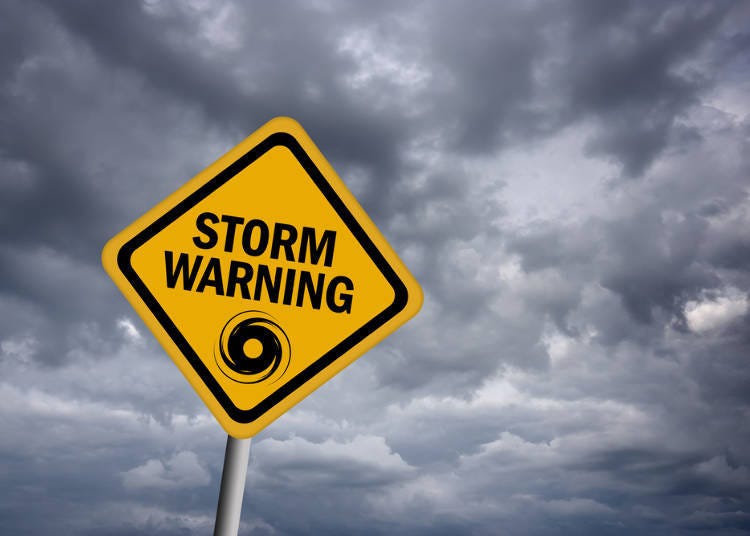 If there is a risk of serious disasters caused by weather, such as typhoons, heavy rain, and wind gusts, the Japan Meteorological Agency will issue a “weather warning.” For example, a heavy rain warning, storm warning, or heavy snow warning may be issued.

For example, as a typhoon approaches, a weather advisory may be changed to a weather warning. As the typhoon subsides, the warning will be reduced to an advisory. Depending on the magnitude and expected damage, weather classifications will proceed from advisories, to warnings, and then to emergencies.

In addition, weather bulletins such as “high temperature warning” or “tornado warning.” These considered part of the typical weather forecast and are different from the aforementioned warnings.

For example, in midsummer, high temperature warnings may be issued every day, to varying degrees. In these circumstance the warnings are simply meant to advise caution. 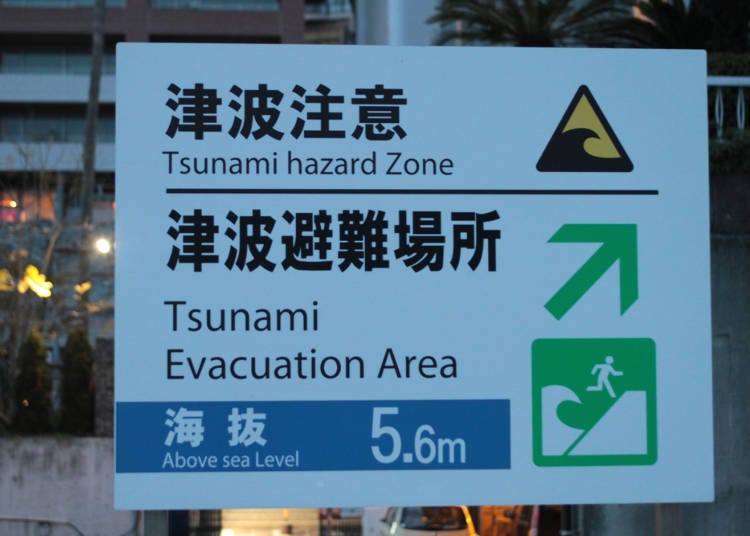 Japan’s long eastern and western coastlines are complex, and susceptible to tsunami damage. Tsunamis are most often caused earthquakes, so other island nations, like the U.K. do not experience tsunami damage due to the lack of earthquakes.

At present, it is not possible to accurately predict the occurrence of a tsunami, so it is important to evacuate as far and as high from a coastal quake area as possible. Tsunamis may also continue with second and third waves, so it’s important to maintain evacuations even after the initial wave. 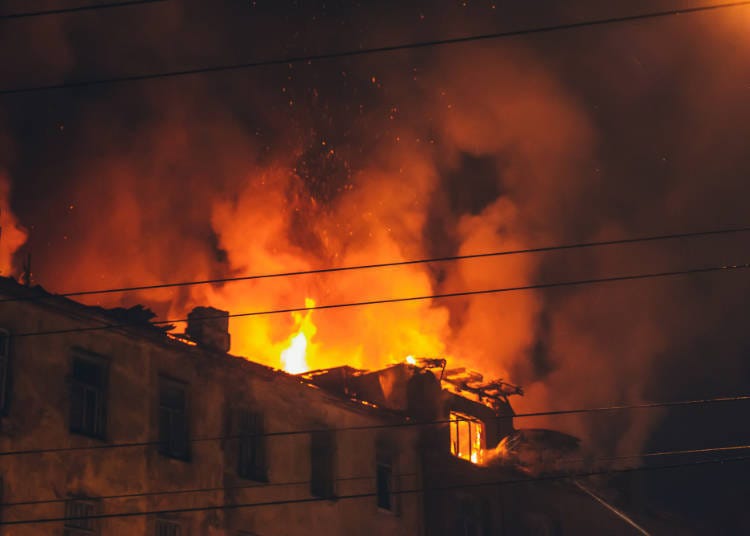 After a natural disasters occur, other secondary disasters may follow. Examples include fires after an earthquake or complications from collapsed buildings, injuries to disaster relief personnel, or the spread of infectious diseases after flooding.

Rescue efforts may be delayed by secondary disasters. For this reason, it is important that precautionary measures be taken. As countermeasure, electrical breakers should be switched off before evacuation, and warning signs and stickers are posted to warn of potential collapse of at-risk buildings. 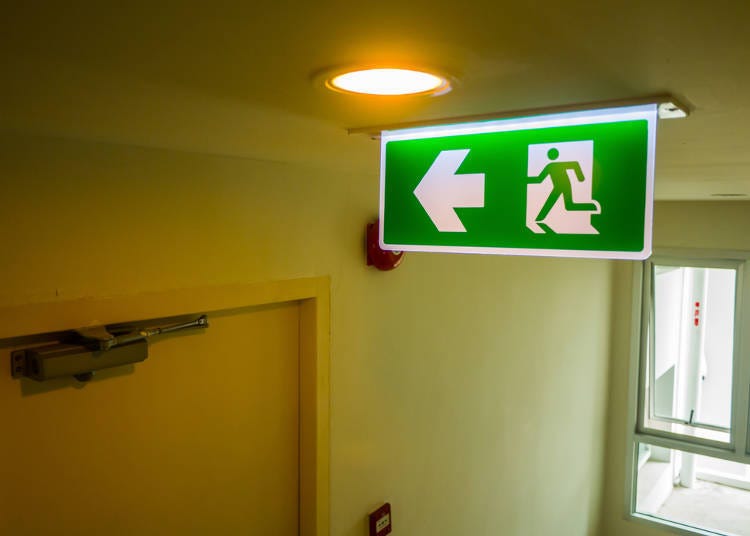 In Japan, natural disasters occur due to heavy rains, typhoons, and earthquakes every year. Sometimes, even Japanese people may not recognize how dangerous a situation is when reading advisories and warnings, which can lead to tragedy. It’s important to be informed and prepared in case of emergency.

Live Japan: Live Updates Page - In case of emergency or disaster
*This information is from the time of this article's publication.
*Prices and options mentioned are subject to change.
*Unless stated otherwise, all prices include tax.