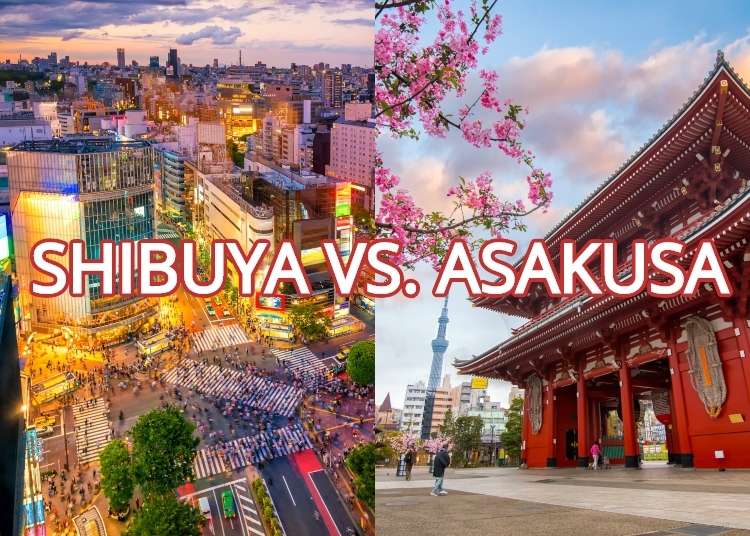 Visiting Shibuya and Asakusa - Two Popular Areas of Tokyo That Are Complete Opposites!

Shibuya and Asakusa are two of Tokyo’s most-visited areas. Even if you’ve never set foot in Tokyo, it’s very likely that you can easily identify the parade of people at Shibuya Scramble Crossing and the grand crimson lantern suspended above the Kaminarimon Gate of Sensoji Temple.

Yet, for all their popularity, Shibuya and Asakusa are complete opposites; one represents modernity and the other represents tradition. Shibuya is Tokyo’s trendsetting district that is at the forefront of Japanese pop culture and fashion. On the other hand, a day in Asakusa seems like a step back in time.

Let’s dive in and take a deeper look at what makes these two areas of Tokyo so popular among visitors! 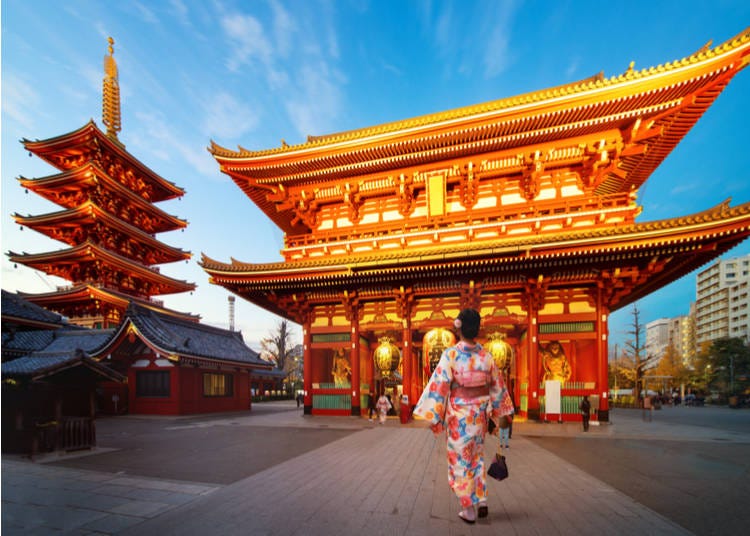 To many, Japan’s capital is synonymous with futuristic cutting edge-technology. But, Asakusa, the heart of Tokyo’s shitamachi (old downtown areas) has a distinctly old-school cool charm about it.

Asakusa was once Tokyo’s foremost entertainment district for centuries, a distinction it held until the air raids of World War Two. Large sections of the area was destroyed, including one of Tokyo’s oldest Buddhist temples, Sensoji Temple.

Although much of Tokyo transformed into bustling districts, Asakusa retained its retro charm. Adding to the atmosphere are the yearly matsuri (festivals) complete with floats and participants dressed in traditional clothing.

It’s easy to navigate Asakusa on foot, or you can take a ride on one of the many jinrikisha (rickshaw) that whizz through its congested streets. Better yet, hop on board a yakatabune, a riverboat that cruises along the Sumida River.

Things to Do in Asakusa 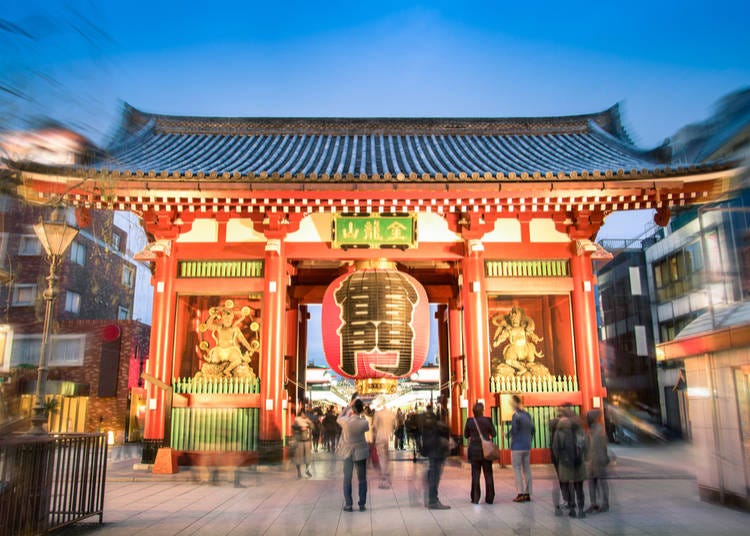 1. Explore the Grounds of Sensoji Temple
A Buddhist temple built in the 7th century, Sensoji is no doubt the symbol of Asakusa. It’s immediately recognizable to even first-time visitors to Japan, thanks to its grand entrance gate Kaminarimon and its five storey pagoda. Beat the crowds and visit at night when it’s lit up to see the artwork on store shutters. 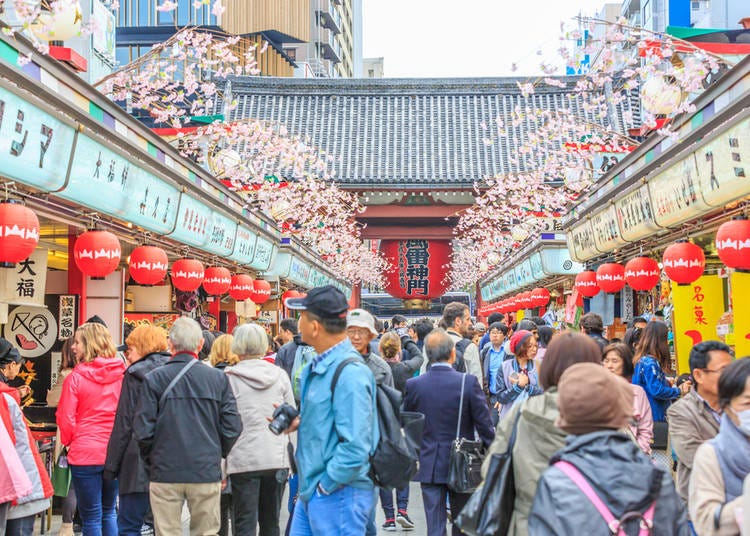 2. Snack Your Way Through Nakamise
The path leading from Kaminarimon to the main prayer hall of Sensoji is Nakamise, shopping street lined with vendors. You’ll find traditional Japanese handicrafts, clothing, housewares, and classic snacks. Be sure to go on an empty stomach so you can sample all the senbei (rice crackers), and ningyo yaki (sponge cakes filled with red bean paste and shaped like various sights of Asakusa).

#3. Imagine Edo Japan From the Top of Tokyo Skytree
A modern marvel that’s only a 20-minute walk from Asakusa, Tokyo Skytree is the world’s tallest tower. Complete with two observation decks, dining floors, a shopping complex, and an aquarium, Tokyo Skytree is a symbol that has transformed Asakusa’s skyline and adds balance to the glintzy headquarters of Asahi Breweries and the golden Flamme d'Or.

Tokyo Solamachi: The Shopping & Gourmet Paradise at the Foot of Tokyo Skytree 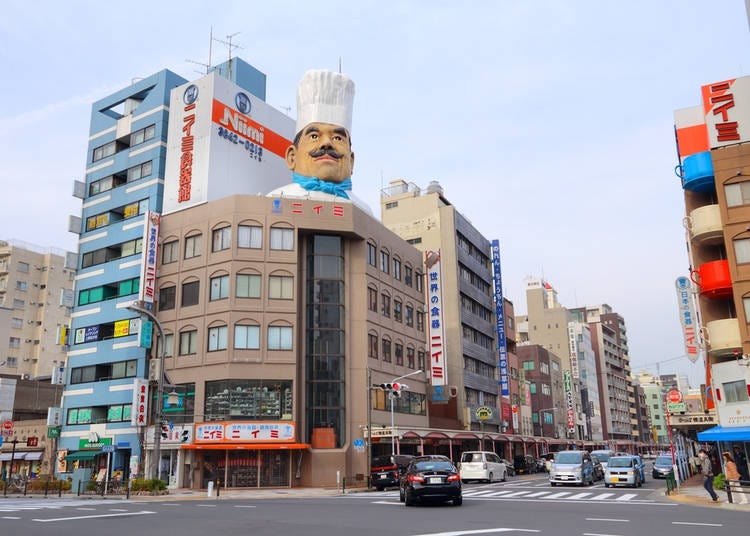 How to Get to Asakusa:
Asakusa is served by the Ginza Subway Line, Asakusa Subway Line, Tsukuba Express and Tobu Railways. It can also be accessed by the Tokyo Water Bus.

Shibuya At A Glance 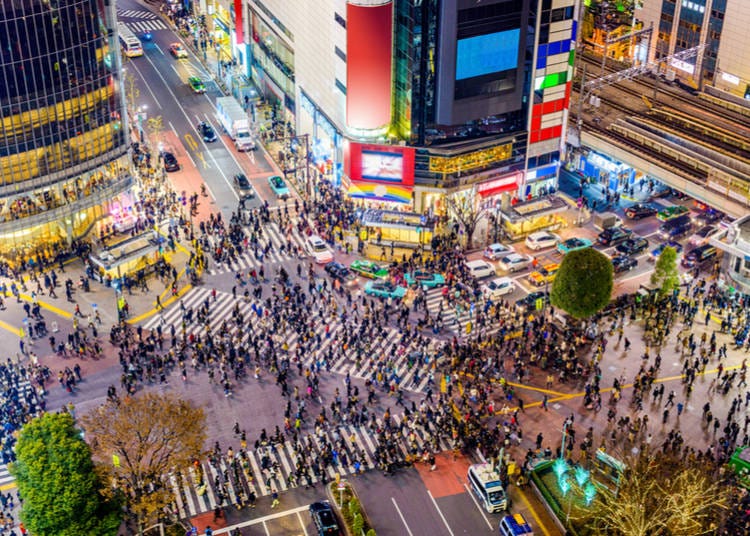 For decades, Shibuya has remained the center of Japanese pop culture, youth culture, and fashion. Its streets are lined with boutiques, fast fashion retailers, and department stores, making it a must-go destination for fashion-conscious individuals.

There are several main streets where you’ll find the latest fashion: Center Gai, where it seems all young people meet, draws crowds of people morning and night. Dogenzaka has plenty of nightclubs and boutique accommodations known as “love hotels.” Inokashira Dori has department stores like Marui, Seibu, and the MODI shopping complex.

But, there’s more than fashion in Shibuya. Disney fans should check out the appropriately named Disney Store for items that can be found only in Japan. There’s also a branch of Mandarake, the “otaku” shop and Tokyu Hands, a DIY home goods retailer that stocks niche Japanese goods and beauty products. For one-stop shopping for everyone on your list, you can’t go wrong with Bic Camera and Mega Don Quijote.

Things to Do in Shibuya 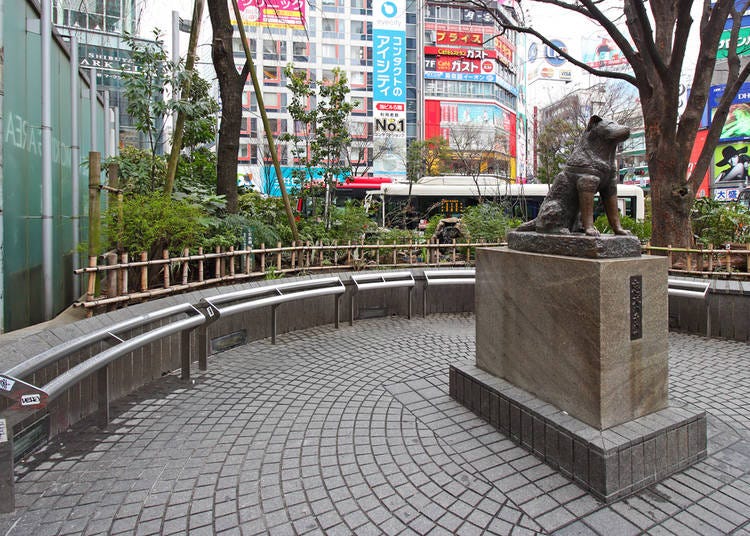 #1. Meet Hachi
Before you set off to explore Shibuya, be sure to greet Hachi, the loyal Akita Inu who waited faithfully for his master, Tokyo Imperial University professor Ueno Hidesaburō, every day at Shibuya Station from 1923 to 1935. He’s a pretty popular dog so be prepared to wait if you plan to take a photo together! 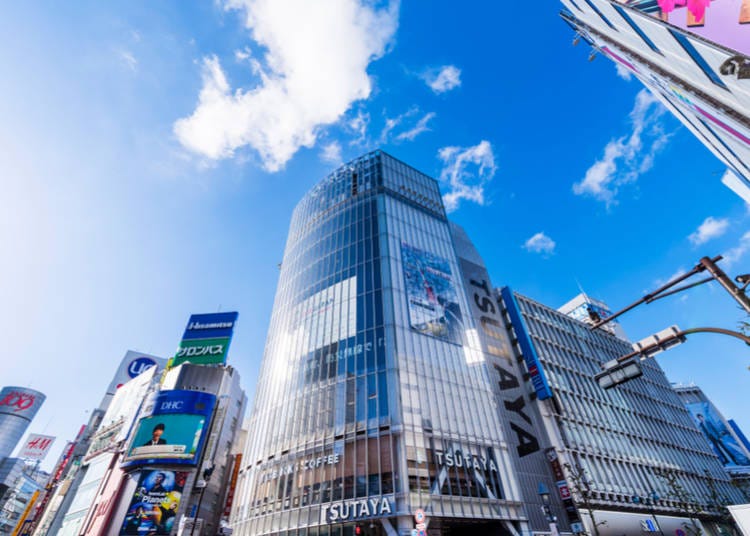 #2. Enjoy the View Around QFront
QFront stands directly opposite the Hachiko Exit of Shibuya Station, so you can’t miss its large LED screen. The cafes and restaurants inside are perfect for taking a break and watching people go by. Time your visit on a rainy day to see a mesmerizing synchronized parade of colorful umbrellas marching across Shibuya Scramble Crossing. 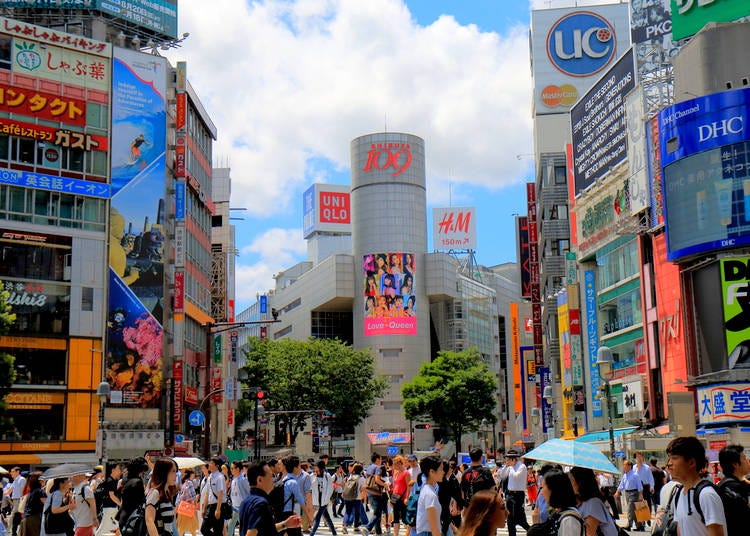 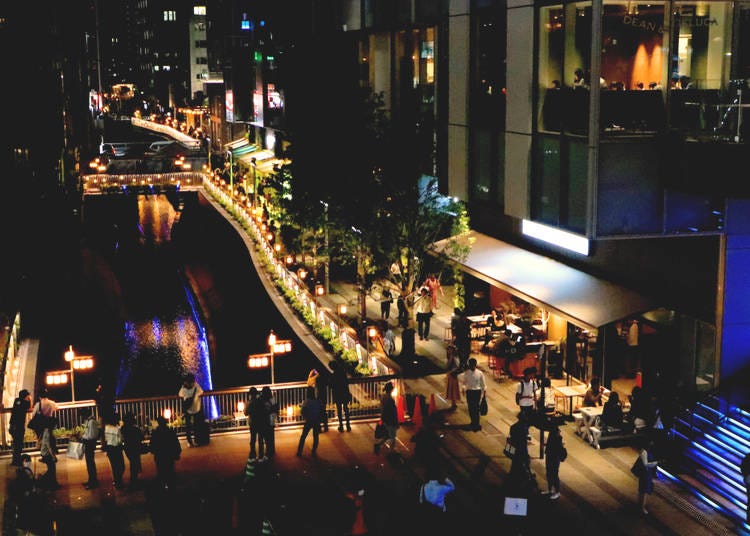 #4. Stroll Shibuya Stream
As part of the city’s beautification efforts, Shibuya Stream opened in fall 2018 with the aim of creating an urban “waterside oasis. “The area around Shibuya River was revitalized to include greenery, shops, and restaurant with plenty of terrace seating.

You Can Do That in Shibuya? 30 Fun and Interesting Things to Do in Tokyo’s Iconic Neighborhood