HOME What Not to do in Japan: 7 Tourist Habits that Surprise Japanese Locals 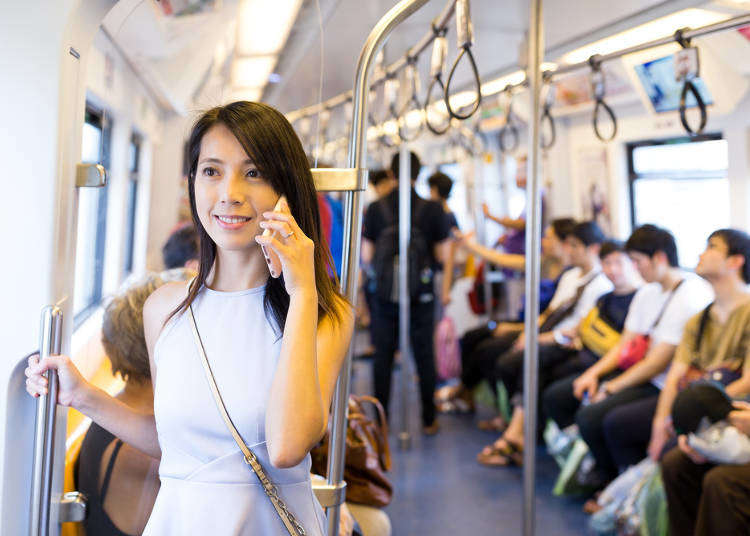 What Not to do in Japan: 7 Tourist Habits that Surprise Japanese Locals

In recent years, Japan has been slowly becoming a more globalized country. With international characters dotting the streets, and over 30,000,000 visitors recorded in 2018, the number of people visiting Japan only rises as the days go by. In the face of this prospective economic stimulus, the government is trying to move forward in its efforts to attract even more tourists by introducing more goods and services catered towards these visitors.

With so many non-Japanese roaming about, the culture shock the Japanese get seeing some of their habits has become a hot topic. Be it train etiquette, protesting at public spaces, littering... As more tourists visit, there are more rumors circulating about problems with them. While those habits may be normal in one’s home country, they may not apply in another’s. So, it is only polite to adhere to the customs and rules of whichever country one visits. Japan of course is no exception.

On that note, we'd like to introduce some social rules and customs of Japan that might not be as well known. Many of the circumstances here are things that could happen to anyone, so do take note! 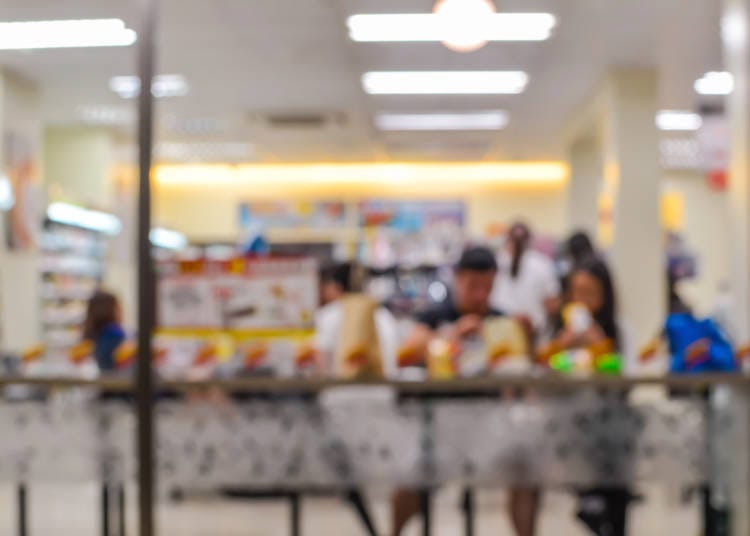 While it’s not exactly against the law, there’s an unspoken rule about not opening up what you bought in the store itself. Many foreign tourists have been spotted opening their products in convenience stores and other places, and while getting called out by the staff is dependent on the store, opening their goods near the register after buying it is seen as rather audacious, and should be avoided as much as possible. Nowadays there are more stores which have their own eat-in spaces, so depending on the situation it might be okay to do so.

In Japan, breaking the seal on your purchases within the store you bought it from is considered rude as Japan sees these spaces as a public space shared amongst every and any customer. Opening one’s own purchases in the shop makes one appear suspicious, drawing distrustful gazes from other customers and earning the suspicion as a shoplifter. Obviously foodstuffs are the exception, but nevertheless it will be prudent to be aware of this to enjoy your shopping.

2. Speaking loudly on the train?! 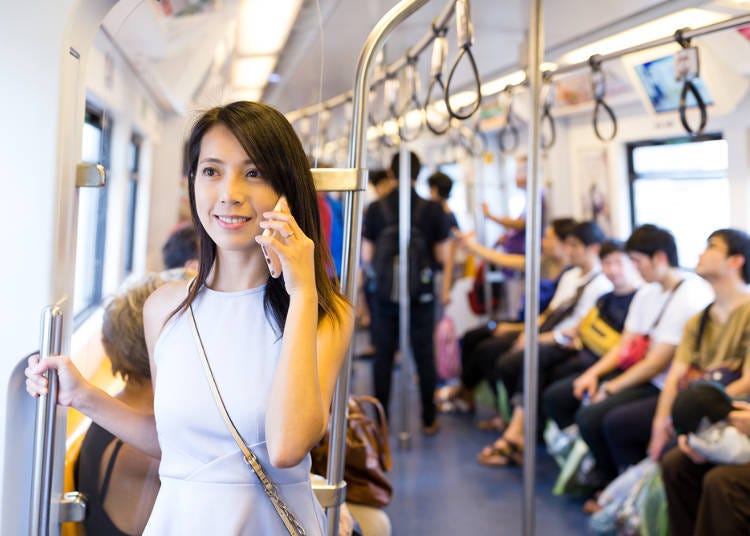 On train lines including the metro, and even the Shinkansen, one should watch their volume. It’s common courtesy in Japan to speak as quietly as possible when on the phone, too. Being considerate for others around you is essential, be it giving up your seat to the elderly or pregnant, or speaking in a low enough volume. Many tourists have been spotted acting like they were in their home country, so be careful.

Putting your phone on silent mode is the norm here. Since being on the phone is prohibited within the carriages, most people communicate with email or messaging apps, and if they need to take an urgent call they try to alight and board again when they’re done. Once again, even if you’re on the phone with your family and friends, try to be mindful of the other commuters and speak as quietly as possible.

This is not always just for phones, either. During the rush hour on trains in Japan, you'll likely get a bit of side-eye if you're chatting too loudly to someone you're riding the train with! But this is a bit more relaxed outside of rush hour.

3. Sitting on the floor in public spaces? Only if you want to be a public nuisance... 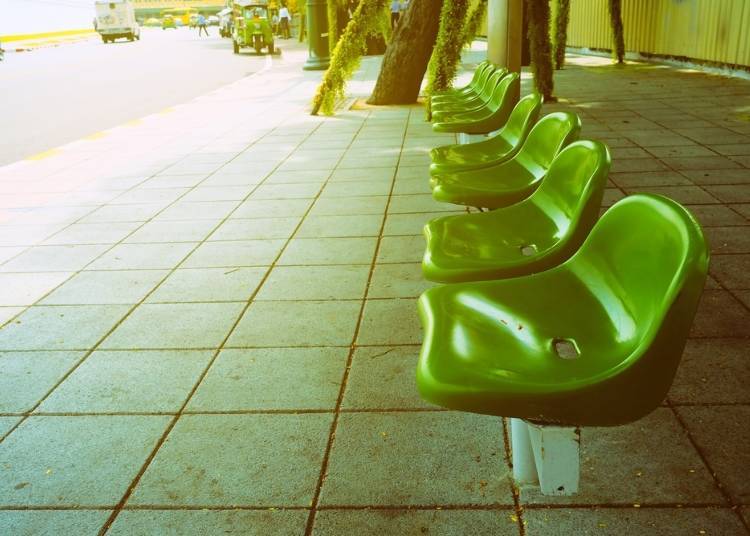 International visitors sitting on the floor in public spaces like stations have become a problem in recent years. An easy example would be a large family sitting around in the carriage or station. In particular, avoid sitting on the floor for an extended period of time.

Most Japanese see sitting on the floor of common spaces as “unnatural”, and as a result organisations such as JR in charge of these places receive complaints from the other commuters. When you need to take a rest, you should go to the nearest cafe, restaurant, or any other places that have seats such as parks. Basically, no sitting around on the ground in public.

4. Littering: Don’t do it just because that aren’t many trash cans around 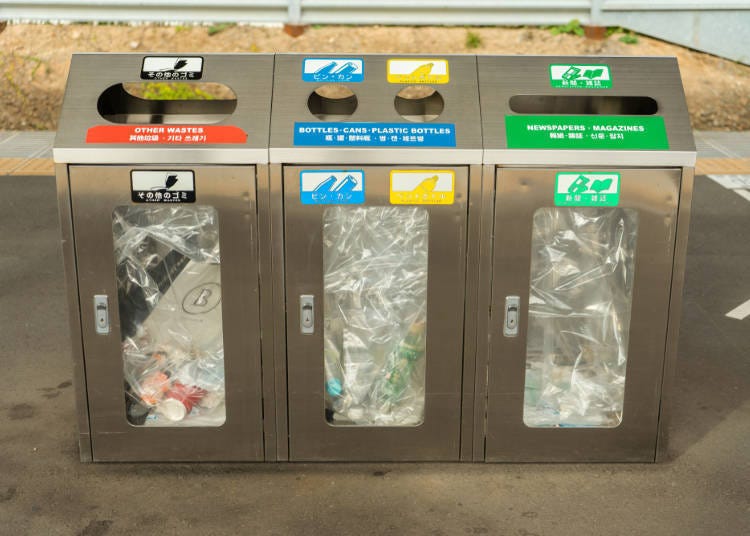 It is an offence to litter in Japan, be it garbage or cigarette butts, or anything else. No matter which country you’re from, trash belongs in the trash can. However, trash cans in Japanese towns are sparse, due to a terror incident in 1995 which involved the terrorists’ equipment being hidden in a trashcan. As a part of anti-terrorist measures most of the trash cans were withdrawn.

Japanese are taught from young in schools on how to handle their rubbish, such as keeping it in one’s bag until they find a dustbin or even until they reach home. However, it is understandable for foreigners to be unaware of this as such rules are not present in most other countries. As a result, there has been a rising trend of littering together with the rise of tourists. While it’s true that not all Japanese tend to be conscious of littering, everyone has to be aware of their actions in keeping their town clean, and visitors of Japan should bring their trash back to their hotel, or throw it away in trash cans under the relevant organisations like in convenience stores or stations. Don’t forget to separate the trash accordingly!

5. Bad toilet manners - Keeping it clean by using it right 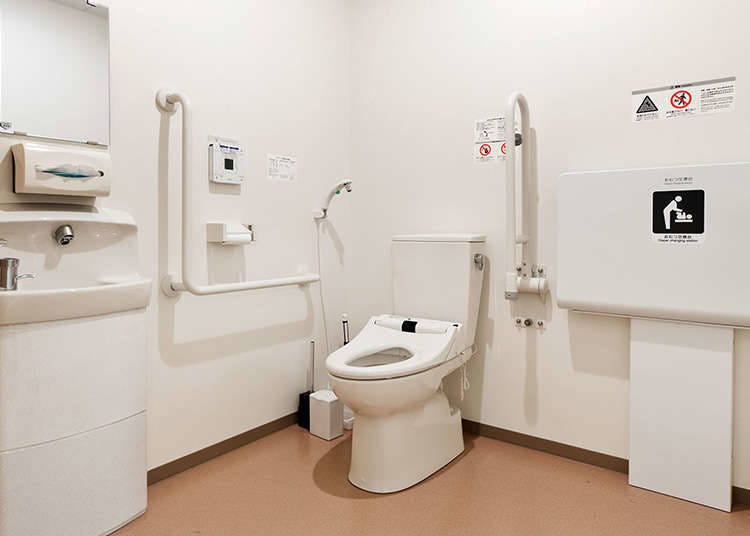 Many Japanese are often shocked when they learn of the toilet etiquette of foreigners. Things like taking toilet paper from public toilets or throwing used toilet paper into dustbins are not considered normal here, but many foreigners have been reportedly doing so. While this is a big problem, it’s not an irredeemable mistake either.

There are now more western-style flush toilets in Japan than before. On one hand, depending on the country you might not get western-style toilets or readily-available toilet paper. Some countries don’t use toilet paper at all. So while taking toilet paper rolls from public toilets is out of the question, how to use toilets and the proper etiquette regarding also depends on one’s home country. When all’s said and done, toilets are counted as communal space, and users should learn the proper etiquette to keep the toilets clean and sanitary. 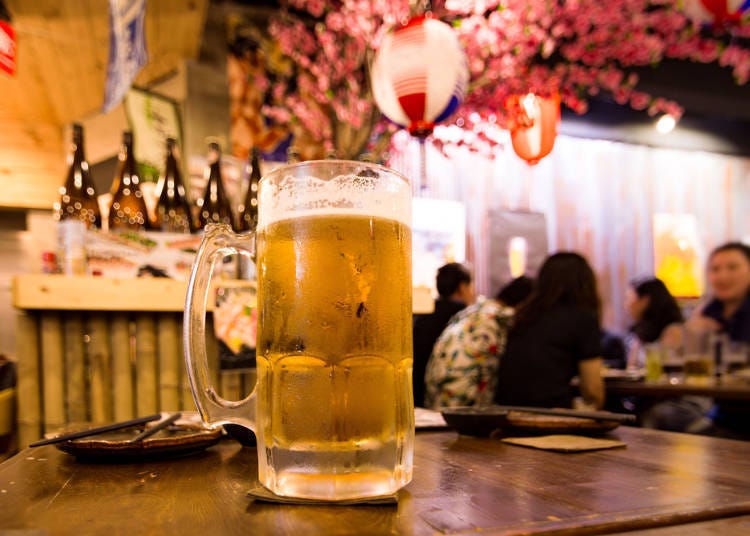 Different countries have different laws regarding the legal drinking age. In Japan, under the “Underage Drinking Law” only those 20 and above can drink. Obviously this includes buying alcohol as well. Naturally the law does not state that foreigners are an exception to it, so even if one is above the legal age in their own country, if they are not 20 or above here they will be violating the law, and will likely be penalized. Please follow the law and enjoy Japan in the proper way. 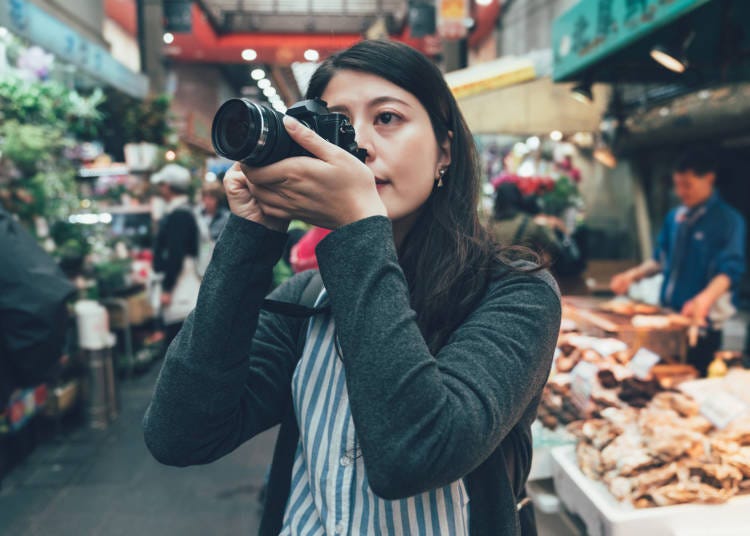 Many Japanese are shy and dislike having their shots taken. Thus, taking someone’s picture without their permission is considered rude to most people. While you may want to take a lot of pictures on your trip here, it is advisable to avoid taking pictures that show a person’s face. Even worse is to upload pictures with their face included onto social media.

Taking pictures without consent is a growing problem in Japan, evidenced by reports from the maiko dancers in Gion, Kyoto. Many girls have had their pictures taken without permission, some by suddenly having a selfie taken, some by getting themselves surrounded. There are even reports of being stalked by tourists.

While the maiko are certainly beautiful and are definitely worth taking a picture with, these girls also have their personal rights, and it is rude to suddenly call out to them in public or to obstruct them in whatever way. If you absolutely must take a picture with one, consider official channels such as photoshoot events or something similar.

Other than the above, other problems involving tourists taking pictures include taking pictures of important cultural property with the sign “no photography”, climbing cherry blossoms to take a picture, and using the flash in places where flash photography is forbidden. Japan is a country that heavily respects privacy and public rules, so one should keep it the above in mind while they conduct their photography.

Obeying rules, both social and official: Act like a local

After reading this article, some of you might be thinking “Isn’t Japan too strict?” or “Why is this not allowed?” As the saying goes, when in Rome do as the Romans do. It is only proper that one follows the customs and manners of whichever country you’re in, in this case Japan, and of course the reverse is true. Japanese who go overseas also learn to follow their rules. There are just some situations where “I didn’t know” simply will not suffice, so to avoid such scenarios it is prudent to be aware of these Japanese rules.

Uncensored: 4 Things Japanese want to let Foreigners know before they visit Japan
Japan’s Nuisance Ranking: What Annoys Japanese Most About People in Trains
How to Eat Sushi: the Complete Guide to Japan’s Most Famous Food
10 Situations to be Aware of When Visiting Japan
*This information is from the time of this article's publication.
*Prices and options mentioned are subject to change.
*Unless stated otherwise, all prices include tax.