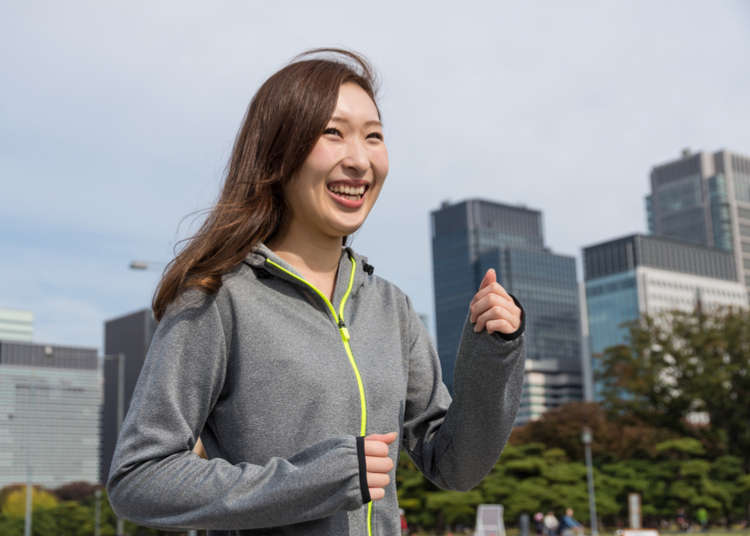 Jogging in Japan? 5 of the Best Running Routes in Tokyo!

From instagram-worthy color runs to the eco-minded trend of ‘plogging’, running is the popular choice of exercise around the world. And recently, this trend has really taken off in Japan. While Japan has quite a strong culture surrounding running, many Tokyo locals go to the track or the gym when they want to run. But don’t worry—if you were hoping to take a run and see more of Tokyo, you’re in luck. Lately, locals and visitors alike are hitting the streets to kick off their mornings. So here are five of the best running routes in Tokyo for you to check out while visiting the city. 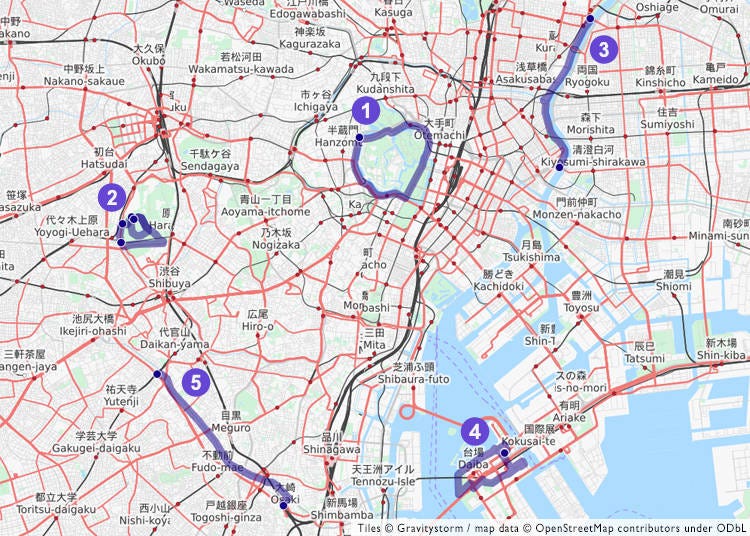 We've listed up popular jogging courses on both sides of the city to keep your feet happy! 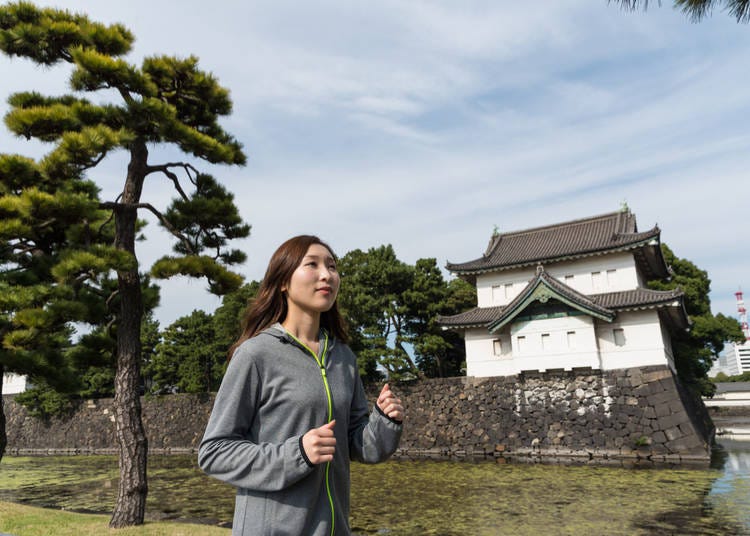 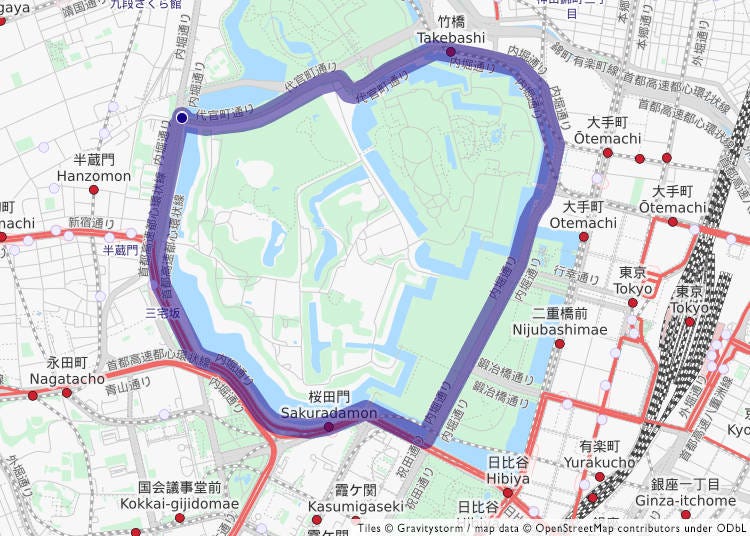 Nothing says running in Tokyo like a run around the Imperial Palace. Perhaps Tokyo’s most famous running trail, this course is enjoyable for all levels with 2.5 kilometer and 5 kilometer options. The area is mostly flat but the north side of the course is an uphill run for a few hundred meters. The sidewalks here are wide, allowing others to easily pass. Located near Tokyo’s business and financial district, the trail is popular among those working in the nearby offices and gets crowded in the early mornings and during lunch hours.

The view around the Imperial Palace is beautiful. You can see sections of old Edo castle walls, the National Museum of Modern Art, the National Diet building and the British Embassy. Make sure to go in spring when the cherry blossoms are in bloom, especially around the Chidorigafuchi area on the west side of the course.

You can get to the Imperial Palace running trail from plenty of stations including Hibiya Station, Otemachi Station and Tokyo Station. Nearby hotels include the Palace Hotel, the Aman Tokyo, The Shangri-La Hotel Tokyo and the Four Season Hotel Tokyo at Marunouchi.

8 Must-See Places for a Day Trip in Tokyo 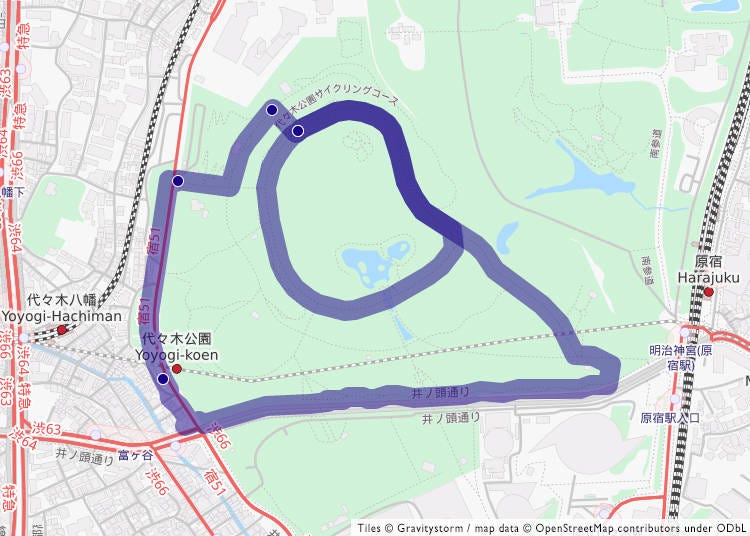 Enjoy a run at any hour in Yoyogi Park. Just a few minutes-walk away from Tokyo’s fashion hub, Yoyogi Park is open 24/7. This green space has countless paths so you can change up your routine. Yoyogi Park is the largest in the city, so you’ll have plenty of space and shade to go for a run anytime—day or night.

While on a run in Yoyogi Park you’ll see everything from cherry blossom trees to fountains to flowers. The area is a popular meeting place, and in the morning you might see groups of people doing yoga or locals taking their doggies for a walk. On the weekends, traffic really picks up and you can spot musicians, artists and dance groups. Nearby you can pay a visit to Meiji-jingu Shrine or go shopping along Takeshita Street. The closest stations are Meiji-jingu Mae, Harajuku and Yoyogi-koen Station. 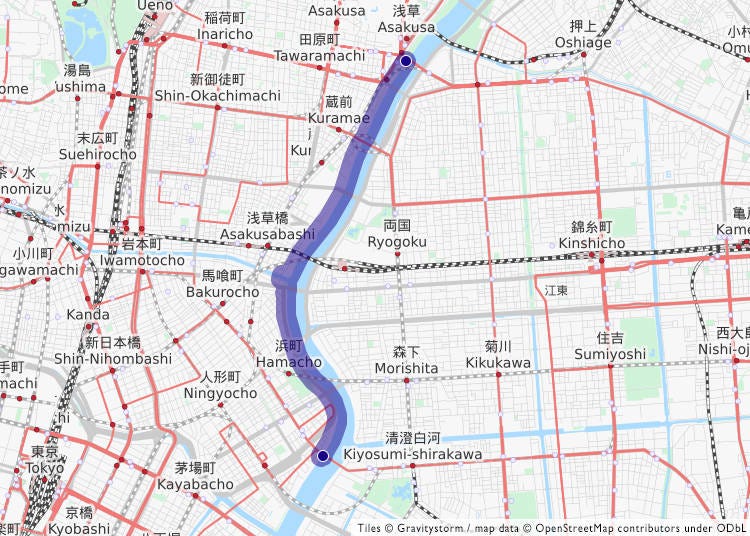 If you’re staying in Asakusa, take a run along the Sumida River Terrace. This riverside route is a gem, with relatively little traffic and great views. The flat path is clean and manicured and runs along both sides of the river. The path has little shade in the middle of the day, so run in the morning or at night to avoid getting overheated.

From Sumida River Terrace, you can get a beautiful look at the Tokyo cityscape with views of Asahi Beer Headquarters and Tokyo SkyTree. Cherry trees line the terrace, so visit in spring for some of eastern Tokyo’s best blossoms. Within walking distance is Sensoji Temple, Tokyo’s oldest temple and one of its most prominent. Stay nearby at the Gate Hotel Asakusa or Hotel Gracery Asakusa. You can also access Sumida River Terrace from Asakusa Station. 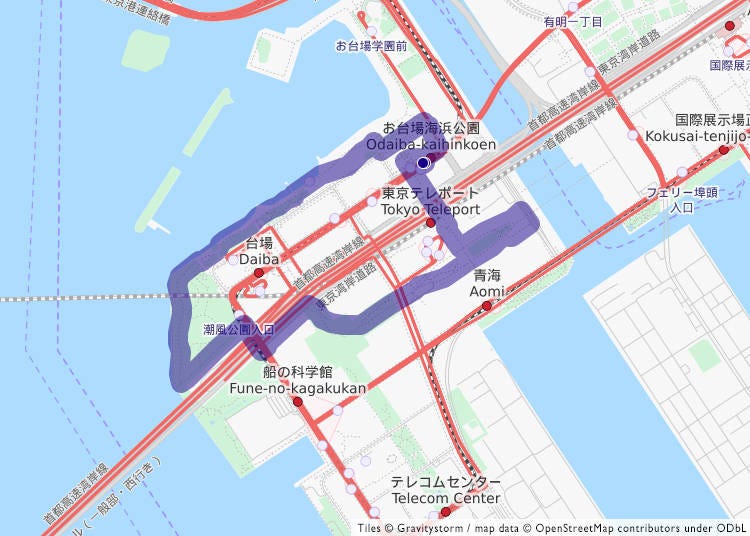 Feel the ocean breeze with a run around Odaiba. Located on a man-made island, the trails are wide and flat. Here, you can enjoy a range of terrain by running in the lush green parks or along the sandy beaches.

Running in Odaiba, you can spot monuments like Rainbow Bridge, the Odaiba Statue of Liberty, the Fuji Television Building, the Palette Town ferris wheel and the life-size Gundam. The area also has plenty of shops, restaurants and activities to keep you occupied long after your run like the onsen theme park Oedo Onsen Monogatari.

The Top 9 Things to Do in Odaiba (Daiba), Tokyo 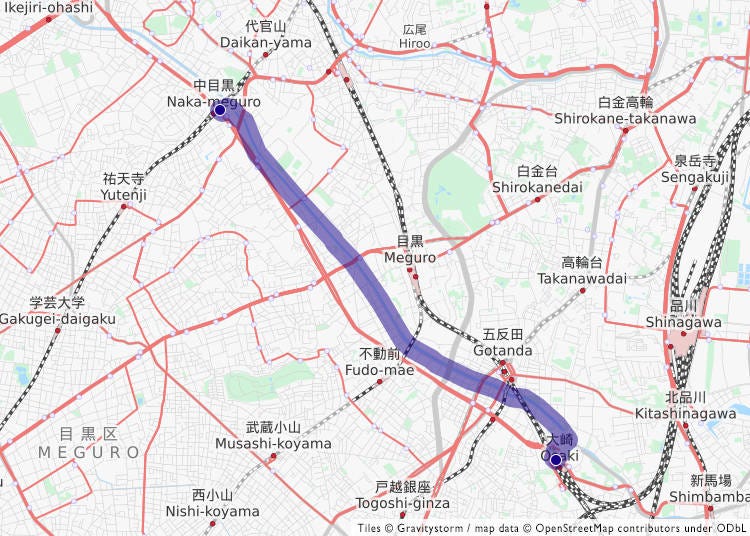 For a more relaxing atmosphere, take a run along the Meguro River. About four kilometers long, this tree-lined running trail spans Shinagawa, Setagaya and Meguro Wards. The course is mainly flat with a few small hills. Set in a more residential location, the path can be a bit narrow and you many need to move to the side for cyclists. Avoid this by running early in the morning or later at night. The Meguro River is also one of Tokyo’s top cherry blossom viewing spots. During this time, you may only be able to run along the river early in the morning.

The area near Nakameguro Station is dotted with small shops, cafes and eateries. Pop into one of these local favs for a cup of coffee before or after your run. You can access this trail from Meguro, Nakameguro, Ebisu, Gotanda and Osaki Stations.