HOME Celebrated for Centuries: The 5 Great Sakura Trees of Japan 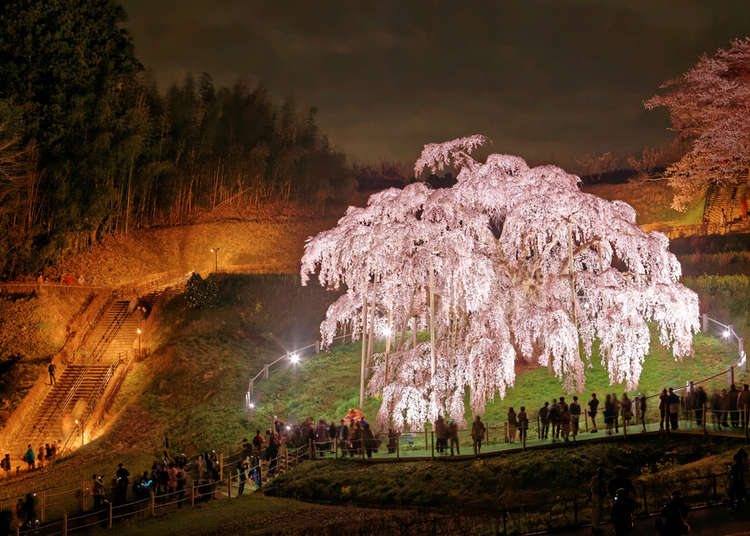 Celebrated for Centuries: The 5 Great Sakura Trees of Japan

On October 12, 1922, the Japanese government declared five specific cherry trees as National Natural Monuments. Collectively, these trees are known as “Nihon Godai Zakura,” the Five Great Sakura Trees of Japan. These trees have existed for centuries, each accompanied with its own unique history and significance within Japanese culture. Let’s take a look at these five fascinating cherry trees. 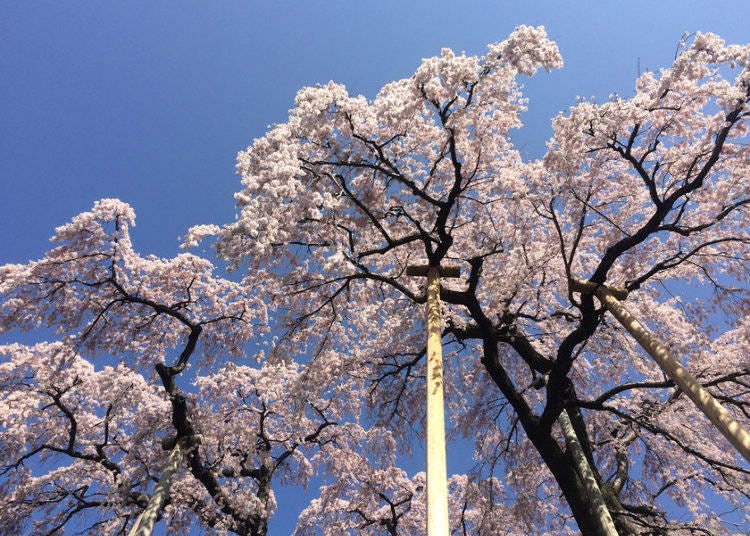 This Weeping Cherry tree (called ‘shidarezakura’ in Japanese) is over 1,000 years old. It has been designated as a National Treasure, and is considered by many to be the best tree in all of Japan. Each year, nearly half a million people visit this historic tree. Miharu Takizakura has withstood considerable trials throughout the duration of its long life. While there was some damage to the tree after a heavy snowfall in 2005, it managed to survive the 2011 Tohoku earthquake and tsunami unharmed. Miharu Takizakura's resilience has made it a symbol of hope in Japan. 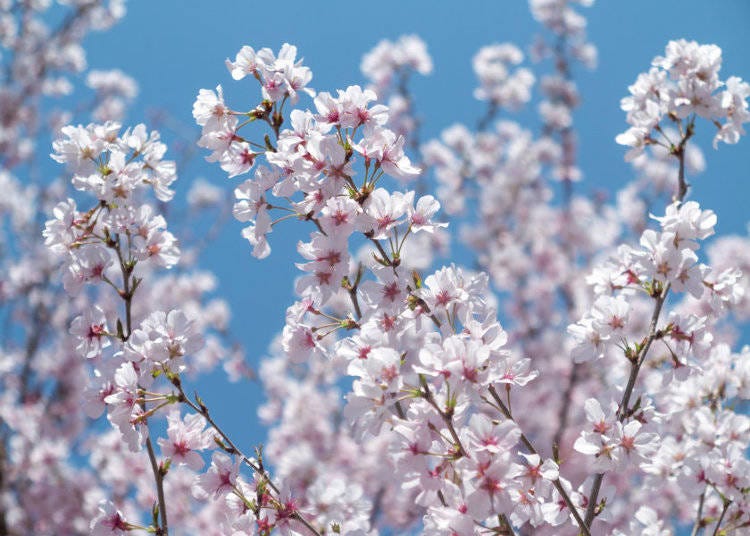 Ishitokaba Zakura has been standing tall for upwards of 800 years. In addition to its old age, Ishitokaba Zakura boasts another remarkable feature: it is believed to be the only natural Kabazakura tree in the world, a crossbreed between Edohigan and Yamazakura varieties. 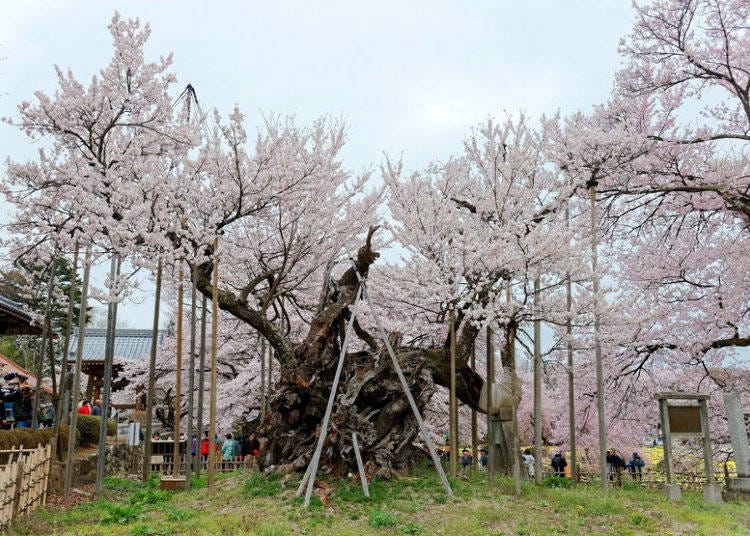 Believed to be somewhere in the range of 1800–2000 years old, Yamataka Jindai Zakura is one of the oldest trees in Japan. This Edohigan (double weeping rosebud cherry) tree has a root circumference of 44.3 feet (13.5 meters), and is a Natural Monument. According to legend, prominent Buddhist monk Nichiren saw Yamataka Jindai Zakura in a weakened state, and upon praying for it, was able to restore the tree back to health. 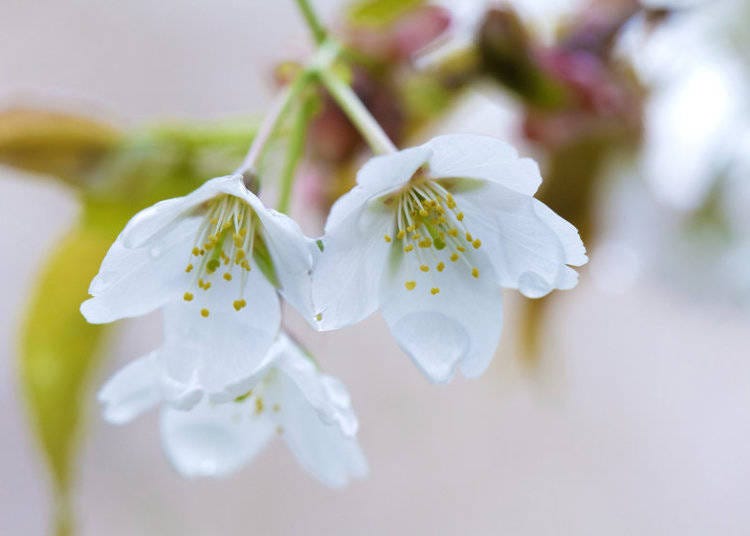 This 800 year-old Yamazakura (wild cherry) has been named as both a Natural Monument and a National Natural Treasure. At its peak, the tree reached a height of over 114 feet (35 meters) tall, but has since weakened after repeated typhoons. The tree is said to have inspired the following poem by Japan's 15th Edo shogunate Tokugawa Yoshinobu:

In English this translates to:
“Alas, does it not only hold horses but also the beholders’ hearts, this wild cherry tree.”

The poem references Minamoto no Yoritomo (the first shogun of the Kamakura shogunate) visiting the cherry tree. He is said to have strapped his horse to Kariyado no Gebazakura's trunk, and just like the animal was tied to the sakura, Tokugawa Yoshinobu felt that people’s hearts are tied to its magnificent beauty as well. 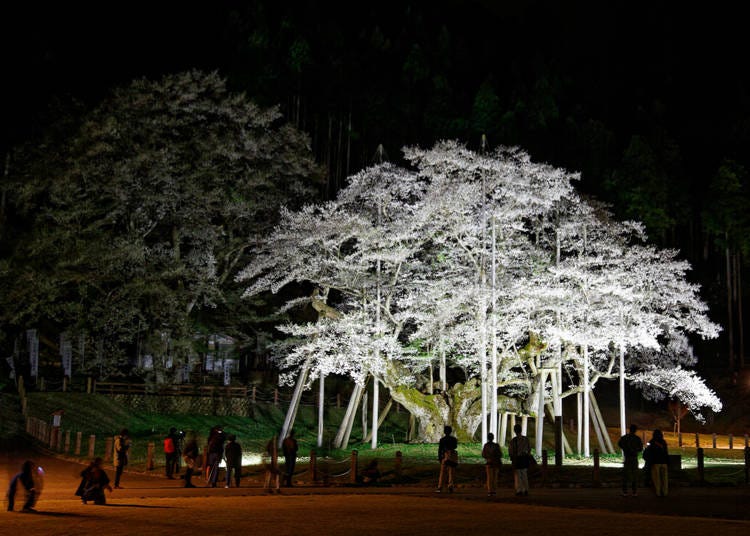 The characters for "usuzumi" translate to "pale ink," referring to a light grey color sometimes seen in Japanese calligraphy. Just after reaching full blossom, the flowers of Usuzumi-Zakura change to a subtle grey color, hence its name.

This Edohigan tree has over 1,500 years of history, beginning in the late 5th century, when it is rumored to have been planted by Emperor Keitai. In the 20th century, the tree began to wither. In 1949, after considering the plight of the famous tree, a Gifu dentist by the name of Toshiyuki Maeda began a month long project of root grafting in order to save it. The tree was fully revitalized, and has been able to withstand typhoons, among other trials. It is yet another cherry tree that has been designated as a National Monument of Japan, as well as being the subject of artwork, songs, and even a postage stamp. 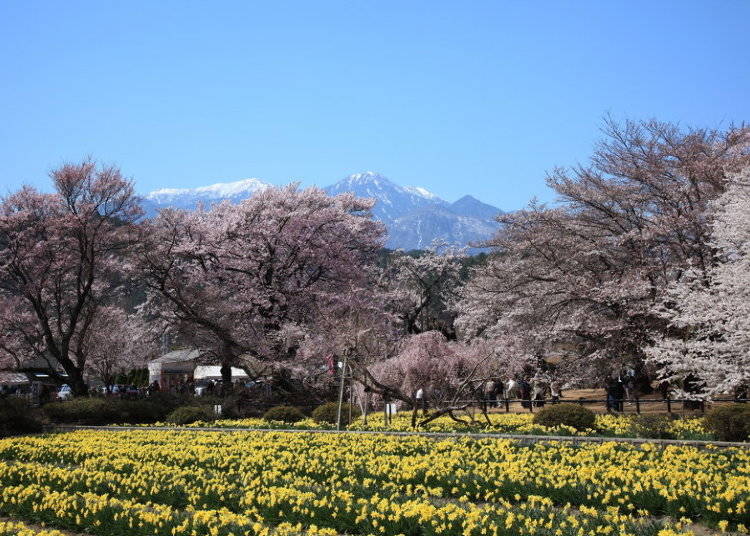 These Five Great Sakura Trees exemplify the exquisite nature of Japanese cherry blossoms, while their rich histories add an even deeper layer to their beauty. If you are able to visit even one of these incredible trees, it is highly recommended you do not pass up the chance to see a real living legend

Japan's Cherry Blossom Forecast
*This information is from the time of this article's publication.
*Prices and options mentioned are subject to change.
*Unless stated otherwise, all prices include tax.