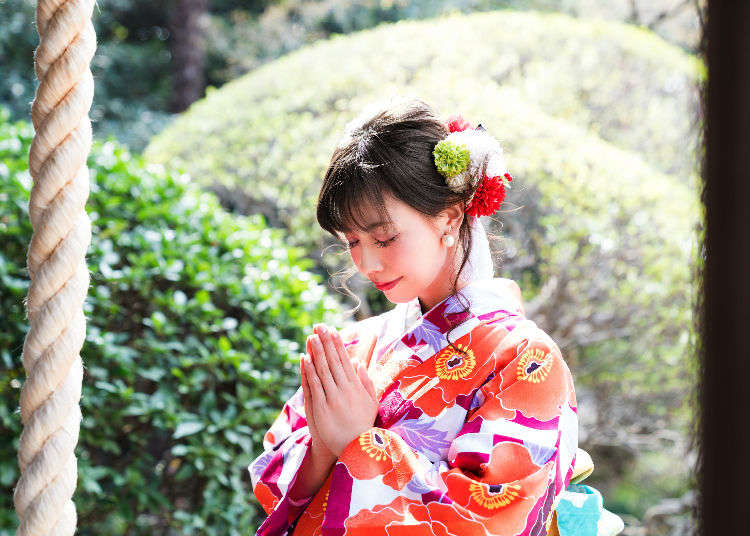 Hatsumode: Experiencing Your First Shrine Visit in the New Year

What does the word “New Year” mean to you? In some cultures, the first thoughts that come to mind might be watching fireworks, or going to a party. For others, the date means visiting family, or making a yearly resolution. For many Japanese, the New Year is synonymous with “hatsumode,” the first shrine visit of the year. For hatsumode, people in Japan visit shrines and temples during the first three days of the year, waiting patiently in long lines to begin their New Year with good fortune.

Where to Pray: A Shinto Shrine or Buddhist Temple? 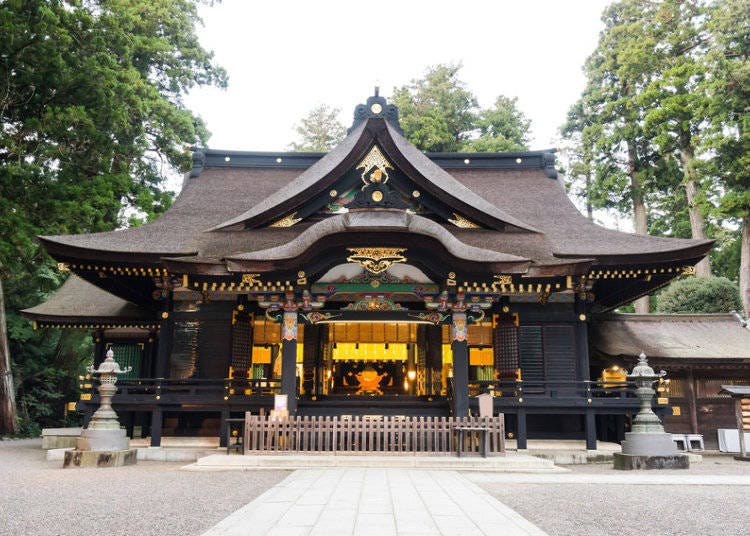 Shinto shrines are most commonly visited for this occasion, but Buddhist temples are popular as well. As Japanese cultural celebrations use elements of both Shinto and Buddhist traditions, both Shinto Shrines (“jinja”) and Buddhist temples (“otera”) are popular places to ring in the New Year. Both places of worship can get extremely crowded, especially on the evening of December 31st, starting from a few hours before the stroke of midnight – even more so at famous spots. It is customary to visit a shrine or temple for such New Year’s prayer within the period called “Matsunouchi,” ending on January the 7th. 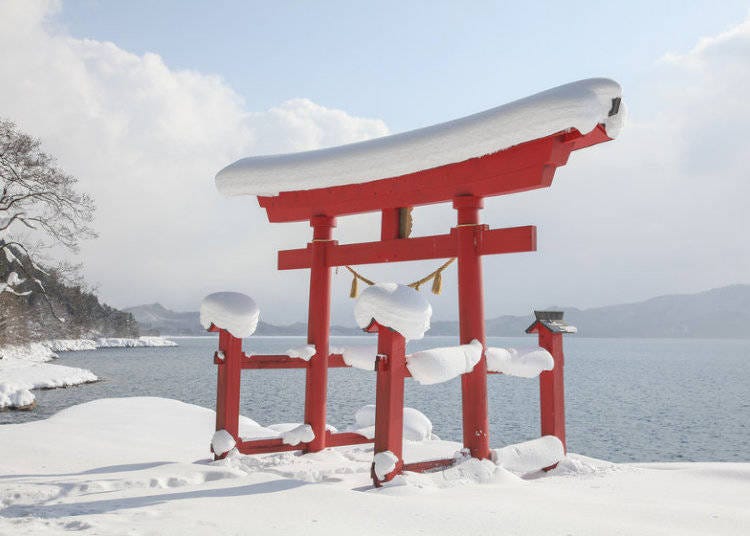 The Japanese did not always celebrate the New Year on January first. Long ago, they followed the Chinese lunar calendar, and as such, celebrated the start of the year a bit later in the season. In 1873, five years after the Meiji Restoration, Japan officially adopted the Gregorian calendar, from which time they began celebrating New Year’s Day on the first of January, known in Japanese as “ganjitsu” or “gantan.” However, some of the old traditions of the lunar calendar are still celebrated a bit later in the month, as part of an unofficial holiday called “koshogatsu,” Japan’s “little new year.”

Ringing in the New Year–Literally 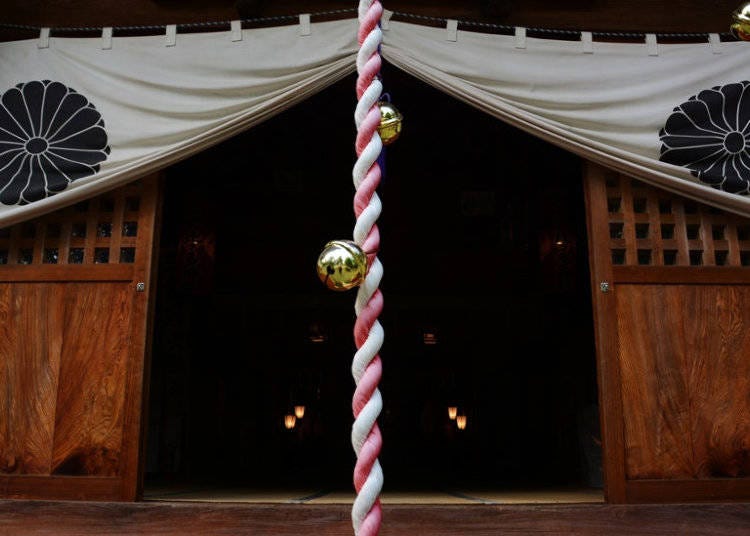 Visitors wait patiently in long lines at shrines and temples in order to ring the bell and offer a New Year’s prayer. While this act can be performed on any day throughout the year, hatsumode is considered to be a particularly important time to make a prayer - and depending on whether you visit a shrine or a temple, the procedure is slightly different. To pray at a shrine, you should first ring the bell if there is one, then put a coin into the offertory box. Next, follow the rule of "2 bows, 2 claps, prayer, 1 bow" to complete the ritual. In a temple, ring the bell after bowing one time before putting money in the offertory box. Then, pray with your hands pressed together in front of your chest. Mind that opposed to Shinto shrines, there’s no clapping at a Buddhist temple. 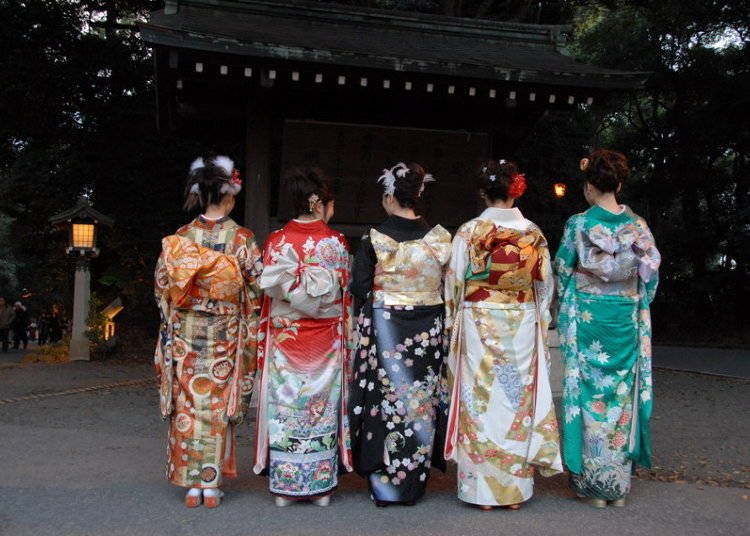 If Hatsumode falls on a sunny day, it is common to wear fine clothes for the New Year’s temple or shrine visit to pay your respect to the enshrined deity. Thus, it is a time when both women and men can be seen wearing kimono. New Year’s is a great occasion to step out in traditional Japanese clothing. However, it is by no means necessary. Daring international visitors may want to try wearing one for themselves, or they can simply enjoy viewing them on passers-by. 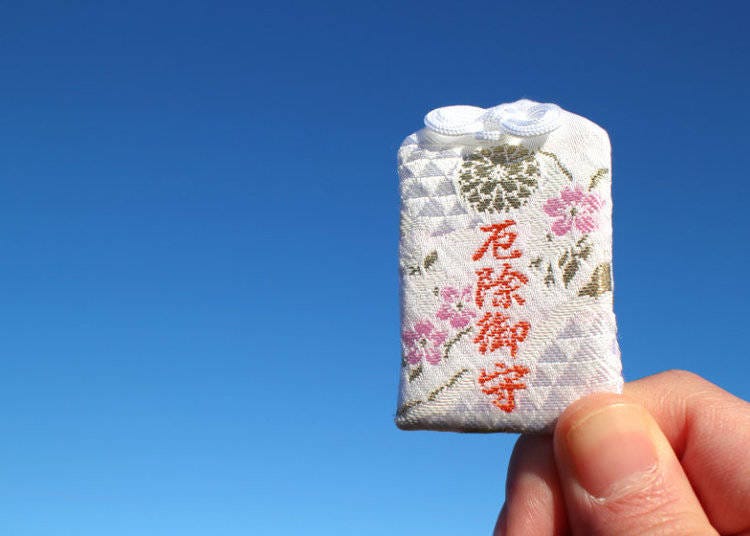 For many people in Japan, a trip to a shrine is not complete without purchasing one of the lucky charms available. This is especially recommended to visitors to Japan, for anyone interested in taking home a souvenir that is both culturally significant and very affordable.

This is great chance to buy “omamori,” a traditional Japanese lucky charm. It is a small pouch made out of cloth that contains a small object called a “naifu,” made from paper, wood, cloth, or metal, with a sacred text or sutra inscribed on it. Embroidered in the center of the charm is the name of the shrine. It is a customary to bring old omamori from the previous year back to the shrine to be ceremonially burned. The omamori usually come in a variety of different colors symbolizing the type of luck it will bring. Popular omamori include those for luck in wealth, health, and love.

Find Your Fortune with “Omikuji” 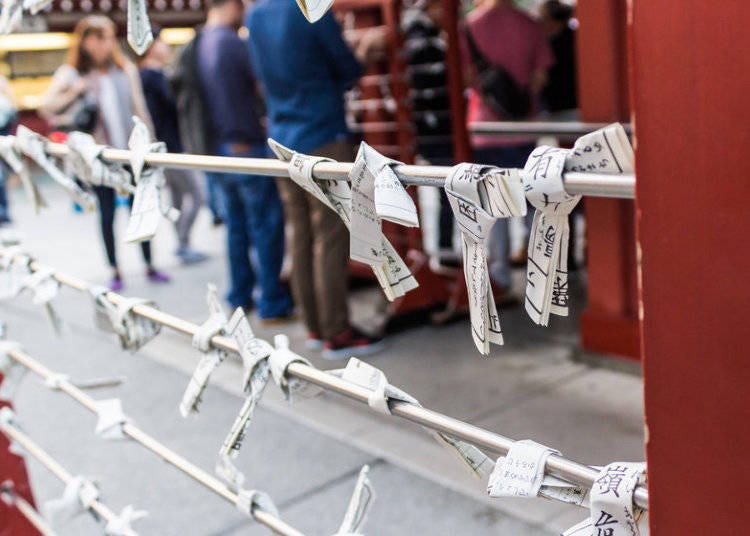 In addition to omamori, there are fortunes and good luck charms that can be purchased at shrines and temples. These fortunes are called “omikuji.” They come in the form of paper strips. Traditionally, fortunes of good luck fortunes are kept, as they describe in detail the recipient’s luck in the year to come. And fortunes reading bad luck can be tied to a tree branch or a designated area, so that any bad misfortune that has been predicted can be left at the shrine. The omikuji is not just supposed to act as a fortune telling paper, however. Moreover, it should be regarded as a piece of advice, much like a compass needle of fate, to give you small pointers in your day to day life.

If you are really adamant about ensuring your future success, you may want to purchase an “ema.” Ema are wooden plaques onto which you are meant to write your wish or hope for the upcoming year. Ema will often be decorated with auspicious Shinto symbols, and some will be unique to a particular shrine. Originally, the ema started out as a wooden plate with a picture of a horse, deriving from a custom that revolved around offering live horses to a deity. Once you have written your wish in your language of choice, you should hang it in the place provided at the shrine. 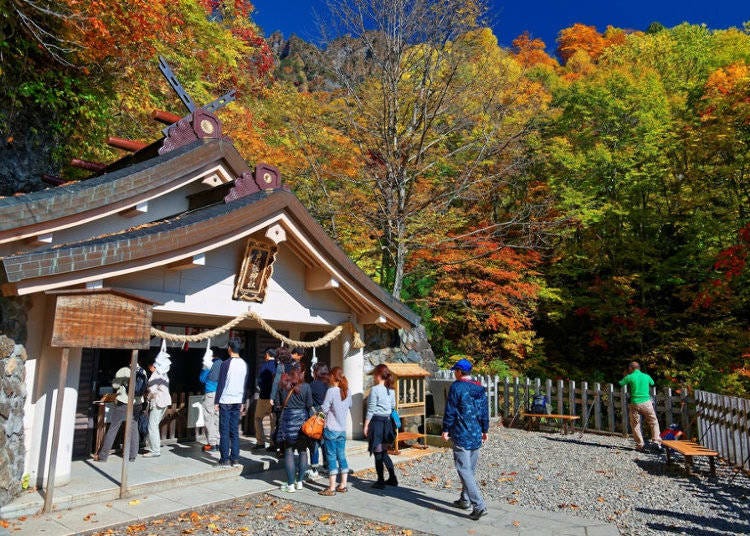 Hatsumode is one of the most exciting and meaningful New Year’s traditions in Japan. Whether you live in Japan or are just visiting for the first time, please take the chance to enjoy this unique and traditional Shogatsu custom for an experience you’ll never forget!