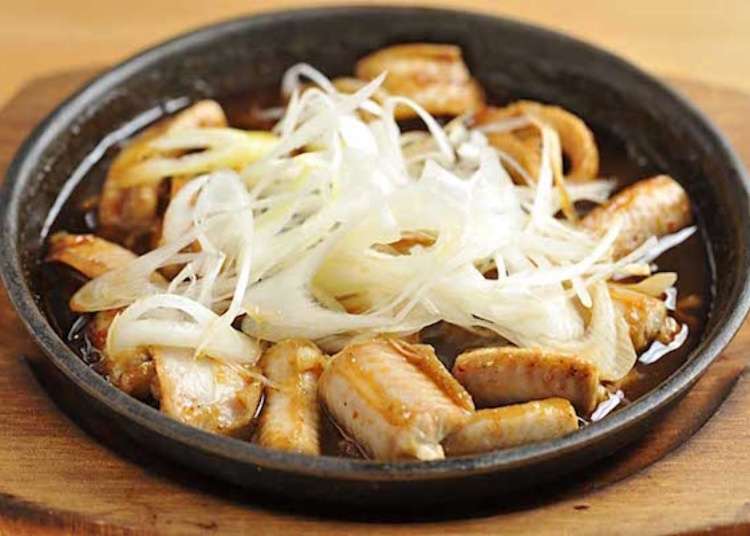 In the regional culinary landscape of Japan, certain rare and strange fish that most people probably haven't even heard of up until now are local delicacies throughout Japan. These sea creatures might often look weird or even scary, but when prepared right, they are actually incredibly delicious! Let's go on a hunt through Tokyo to find these rare fish delicacies!

The Mottainai Fish of Tsukiji 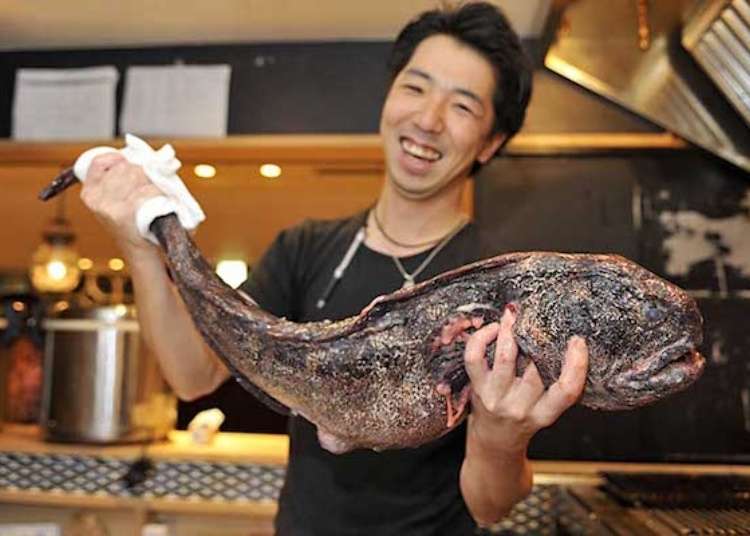 The fish auctions at Tokyo's markets are ruthless and if there's an issue with the size or the look of a catch, it won't sell - so it's usually not even put up for auction. In these instances, you'll hear Japanese auctioneers sigh, "Mottainai!" - a phrase with a lot of meanings but one of the most prominent ones is "What a waste!"

To combat this obvious waste of fish, an eatery called Uoharu takes care of all the rejected catches - and while it might not be the most prettiest sea creature on your plate, it'll certainly be a very delicious one! All kinds of strange and weird creatures can be savored at Uoharu, so why not take a bite out of the most curious fish you can find? The creature staring up at you in the most eerie manner possible is, by the way, a Bering wolffish, should that particular one have pique your interest.

The Weirder it Looks, the Better it Tastes 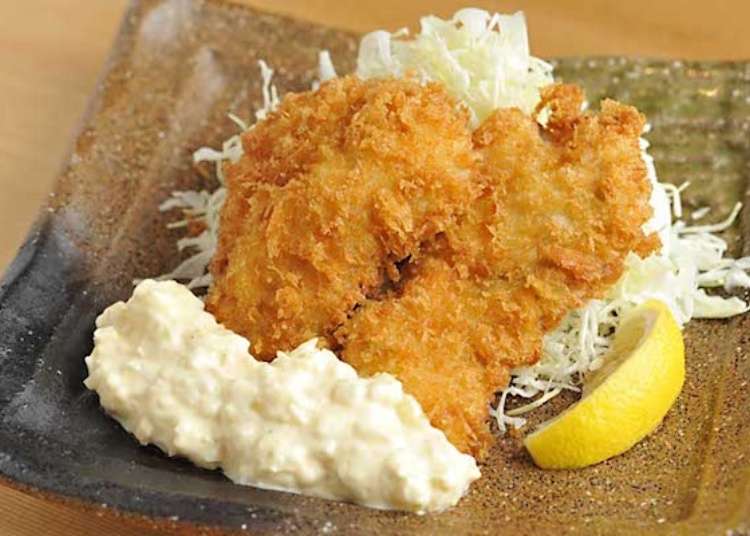 Speaking about wolffish - we do have a recipe recommendation for you. While the wolffish is particularly known for its sharp teeth and its very unflattering looks, few people are aware that fried wolffish is, no offense, as tasty as it is ugly. At Uoharu, this delicacy can be savored for just 550 yen and we guarantee you'll be surprised by the light and soft texture of the wolffish's meat. Especially combined with the restaurant's homemade tartar sauce, the fried fish is so good it's almost a letdown that it doesn't taste at least a little bit weird, befitting its looks.

Meet the Hagfish: We Swear, it Tastes Better than it Looks 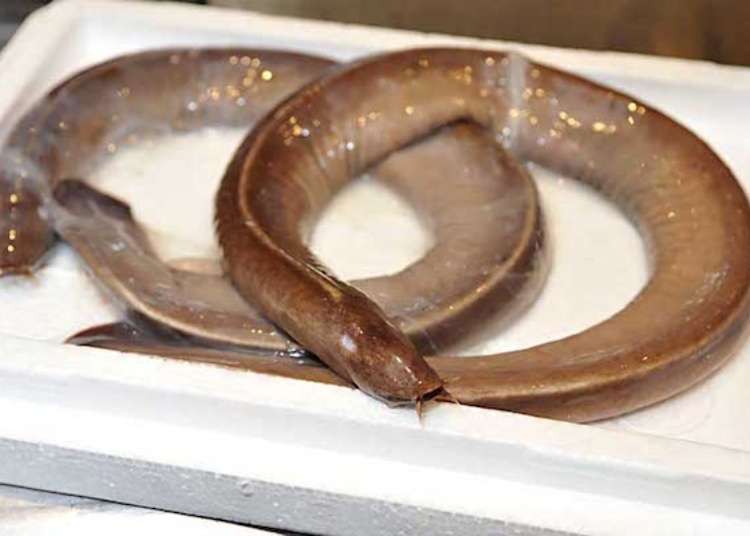 Hagfish is known to be a regional delicacy in Kanagawa's Miura Peninsula but Uoharu in Tsukiji brings this local dish to Tokyo. For all those who don't know what hagfish is: it is basically the eel version of the alien facehugger. On top of that, the hagfish absorbs a thick mucus covering its entire body when touched - which is actually a very smart and successful defense mechanism against predators but doesn't make the hagfish a very good pet. When fried in a spicy Korean-style way for 580 yen, however, it becomes a crunchy delicacy that is pleasantly firm to the bite. Tasting fried hagfish is certainly a unique culinary experience you shouldn't miss out on. 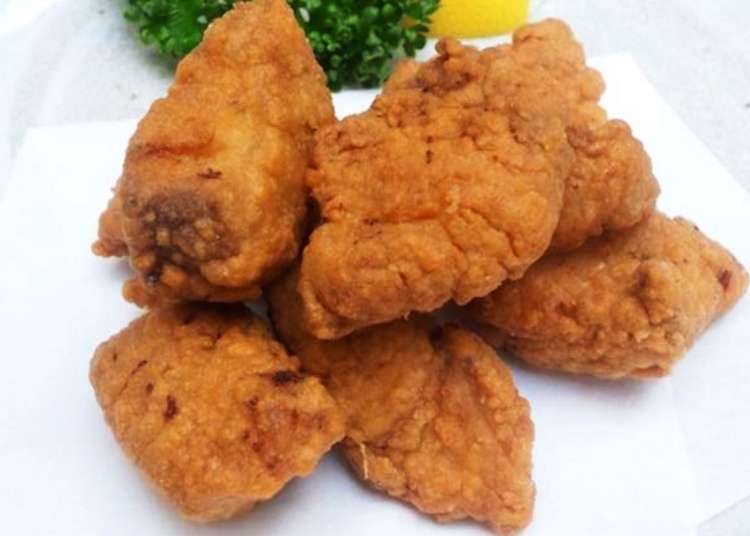 "Kome to Circus", which translates to rice and circus, is a Japanese tavern that serves authentic and traditional dishes made with wild game meat for typical tavern prices, offering guests to light-heartedly experiment with all kinds of culinary experiences. The ten different kinds of game, rare fish, and even bugs on the izakaya's menu have earned the place a rather unique catch phrase: "Delicious! Weird! New Experiences! Meat that makes you happy!" - certainly, this unique izakaya will provide a lot of "firsts" regarding cuisine. While meat is the focus of the menu, the place also has a lot of rare fish dishes to offer.

A Secret Tip with a Popular Menu 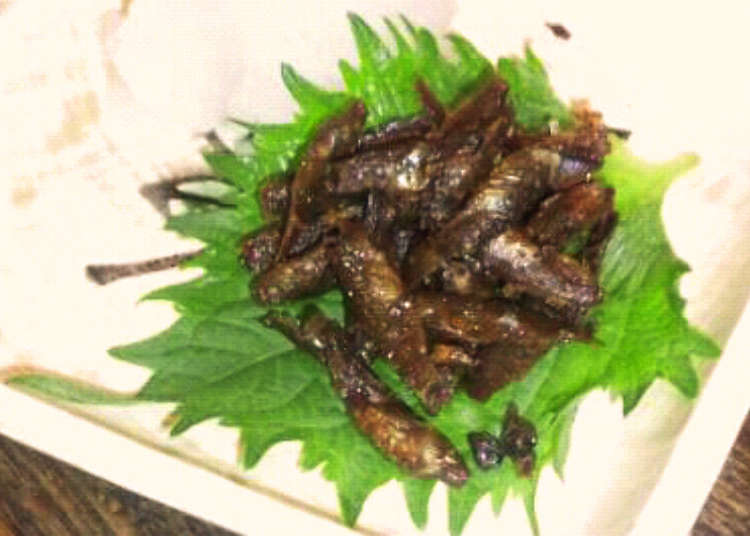 Let's look at some of these fish dishes that Kome to Sakasu has to offer. One of them is the medaka tsukudani for 600 yen, which is killifish boiled down in soy sauce. These little fish are almost as popular as goldfish - but only as pets. Usually, no one would come up with the idea of eating the tiny fishes. In Niigata, however, killifish have been eaten since ancient times and are an inherent part of the regional cuisine. Tasting both a little bitter and a little sweet, they make an excellent snack to enjoy alongside a nice drink. Once you've started to pop them into your mouth, you won't be able to stop.