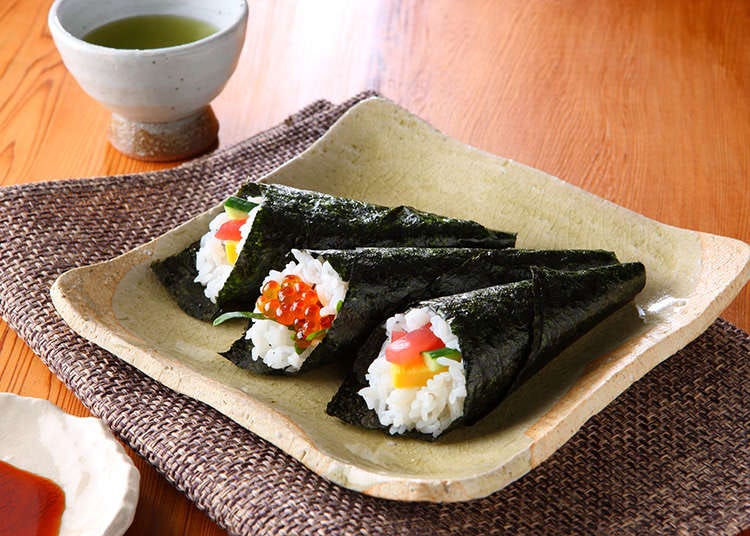 Japanese cuisine, cultivated from Japanese customs and culture, has many unique dishes.

The History of Japanese Cuisine 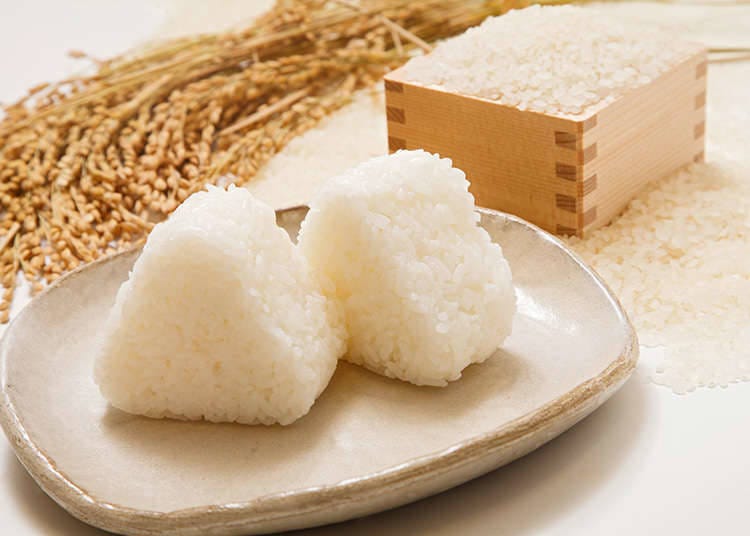 Rice cultivation was already occurring in Japan by the 3rd century B.C., and the people were already finding ways to cook. Through Buddhism, fried food and tea also spread to Japan, and karaage(fried chicken) and fermented items such as natto (fermented soy beans), were being eaten over 1000 years ago. By the Edo period, local food such as the lucky "Edo Cuisine" was developed. The culture of not eating meat changed with the influence of western cultures, and more and more original Japanese dishes were created.

The "One Soup, Three Side Dishes" Custom 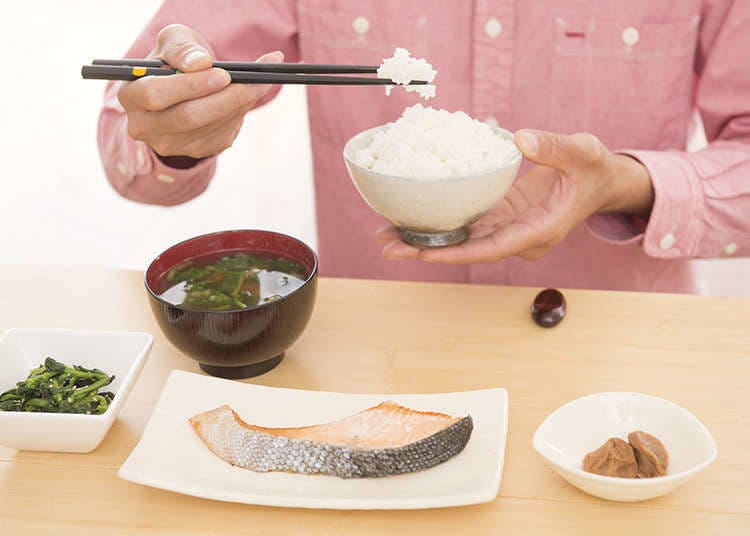 The standard form of Japanese cuisine is a menu that incorporates one soup and three side dishes. This menu is comprised of one soup dish, one main dish, and two side dishes. The main dish is a dish with fish, meat, or eggs. The side dishes mainly include those made from vegetables or beans, such as "tofu". With this system, you can eat a variety of food in just one meal. 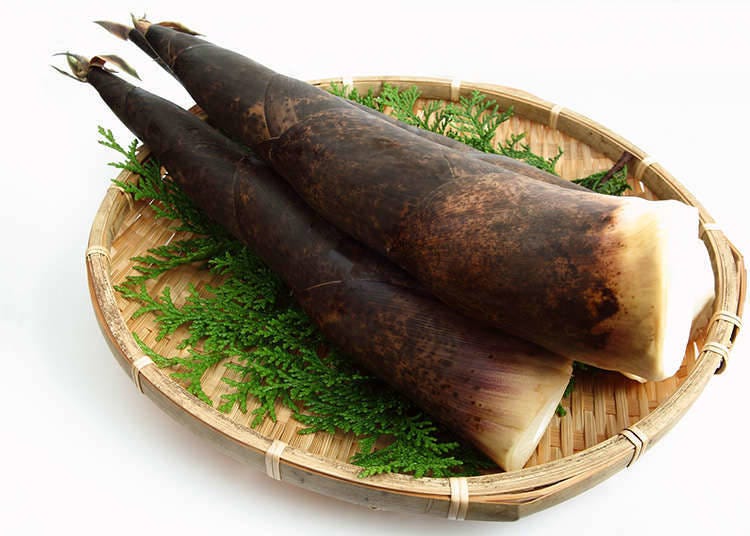 Japanese people have a knack for matching food with each season. Bamboo shoots and Spanish mackerel are best enjoyed in spring. In Summer, cucumbers and sweetfish are recommended. In fall, persimmons and saury are often eaten, and in winter, Chinese cabbage and amberjack are some of the foods that people look forward to.Japanese cuisine is loved for its dishes that bring out the taste of seasonal ingredients.

Multifaceted Cuisine for Every Season and Event

Seasonal and event-related food are very important in Japanese cuisine. On New Year's Day, people eat special New Year's food such as "osechi" (a special New Year's bento) and "ozoni" (a type of soup only eaten over the New Year). There are many other Japanese dishes that go with particular seasons, events, or holidays. For example, on December 21st, the day of winter solstice, people eat Japanese pumpkins to prevent colds. Also, on special occasions, a celebratory "sekihan," red rice made from glutinous rice and red beans, is prepared and eaten.