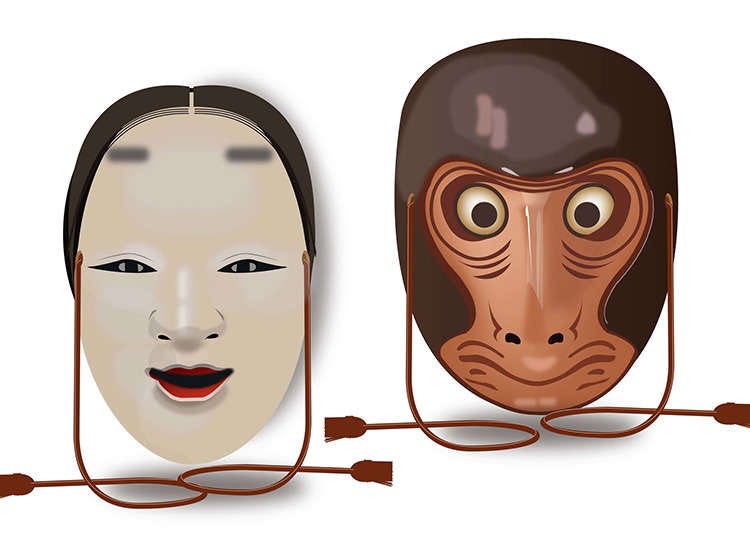 Nohgaku or Noh Theater, is a traditional Japanese public form of entertainment which includes the performing art known as noh, and kyogen (the comic theater that occurs during the interlude). It has been registered by UNESCO as an Intangible Cultural Heritage. The dances and stories performed by the actors on stage and the music played aren't the only points. Nohgaku also displays a unique sense of Japan.

Look up establishments by Noh 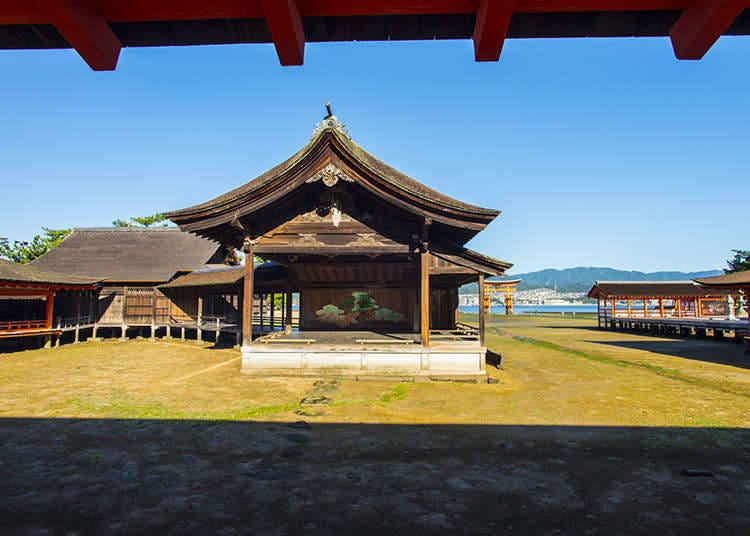 Nohgaku's origin can be traced back to the Nara period in the 700s, when sangaku was introduced in Japan from China. Sangaku, which employs comical performances and acrobatics, as well as mimicry, was a popular entertainment in temples and shrines and had spread among the masses. Nowadays, nohgaku is well-received even abroad and can still be enjoyed all over Japan as public entertainment and as a Shinto ritual. 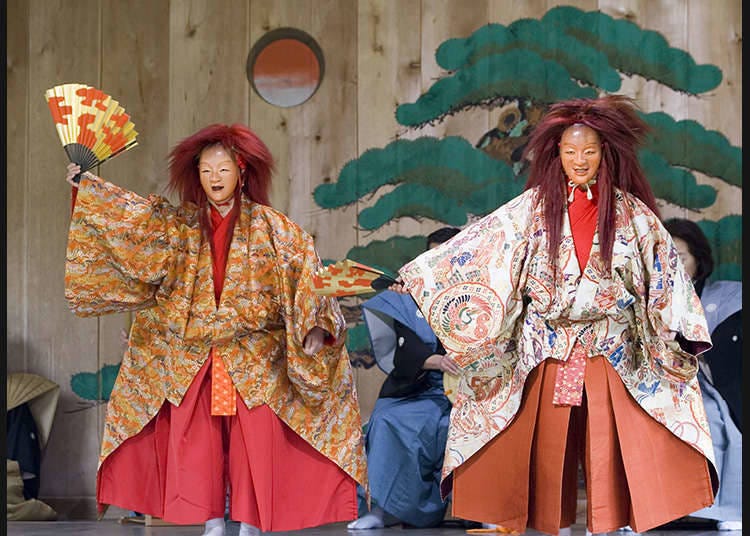 The protagonist in nohgaku is called "shi-te". Aside from taking the role of a human, the shi-te can also be a god, a warrior's ghost, a woman's ghost, a madwoman, a tengu (a supernatural mountain spirit with red skin and a long nose), or a dragon god, among a wide variety of roles. The counterpart of the shi-te is called “waki,” a role that is indispensable in most performances.

The Music of Noh 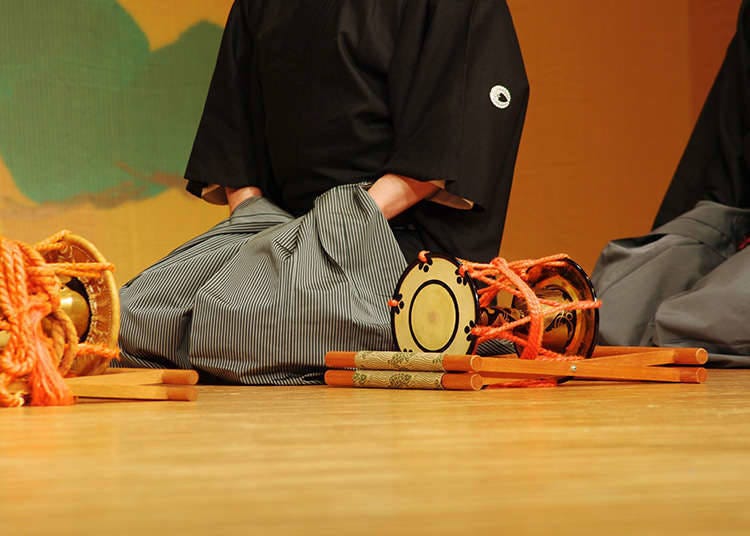 On the stage, aside from the performance of noh actors, musical accompaniment that matches the scene is also essential. An important factor is the instruments they use, such as a transverse flute called nohkan, kotsuzumi (shoulder-drum), otsuzumi (hip drum) and taiko (stick-drum) as well as the voice of the percussionists making sounds like "yo," and "ho," as they hit percussion instruments, such as taiko, and liven up the stage. 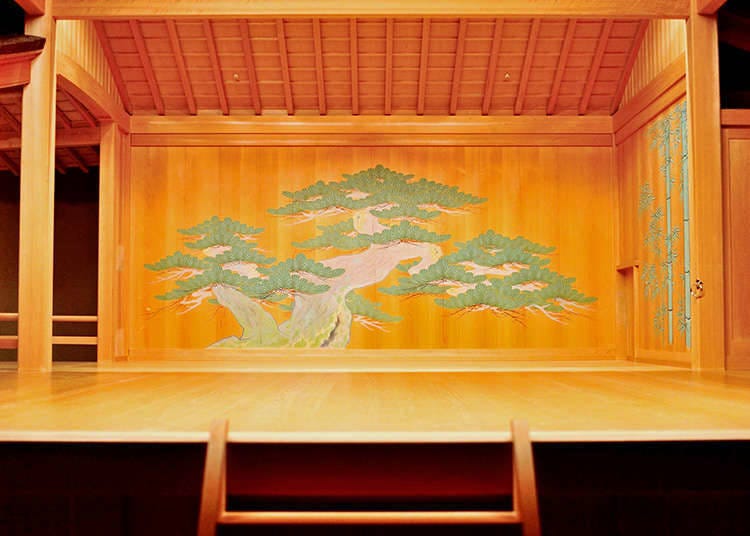 The noh stage is made from Japanese cypress. Among these, two of the most popular places for noh are the National Nohgaku Theater, which is a public theater and the nohgaku theater built on top of the sea at the World Heritage Site, Itsukushima Shrine.

Points to Attending the Theater 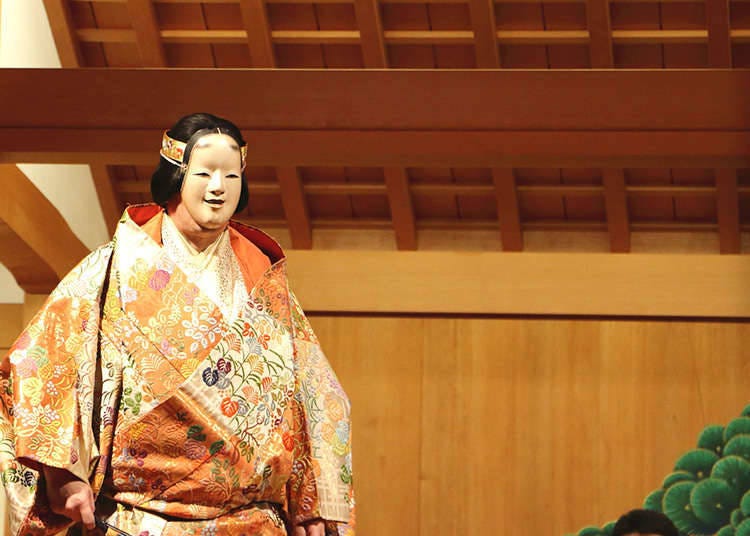 Before going to the theater, many audience members buy the written shisho (poetry and prose) at the theater shop in order to further enjoy nohgaku. The flow of the story is thoroughly written on the shisho, which is the program's script, as well as the position of the characters, their emotions, and the period background. 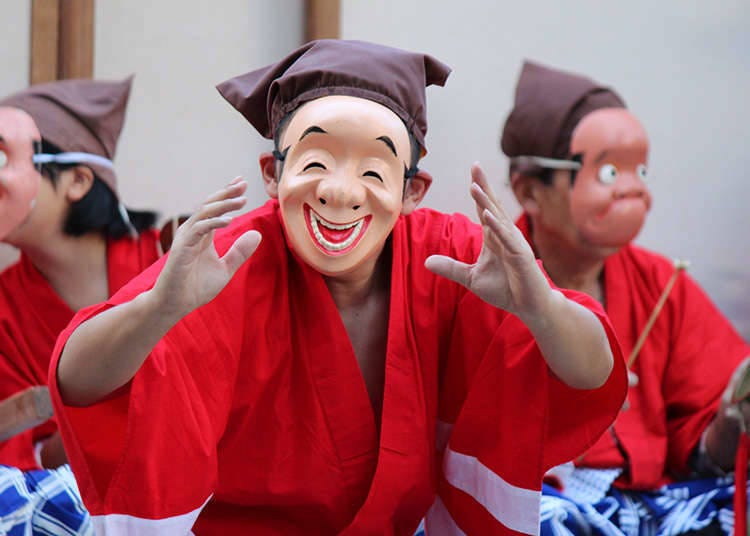 Look up establishments by Noh
*This information is from the time of this article's publication.
*Prices and options mentioned are subject to change.
*Unless stated otherwise, all prices include tax.