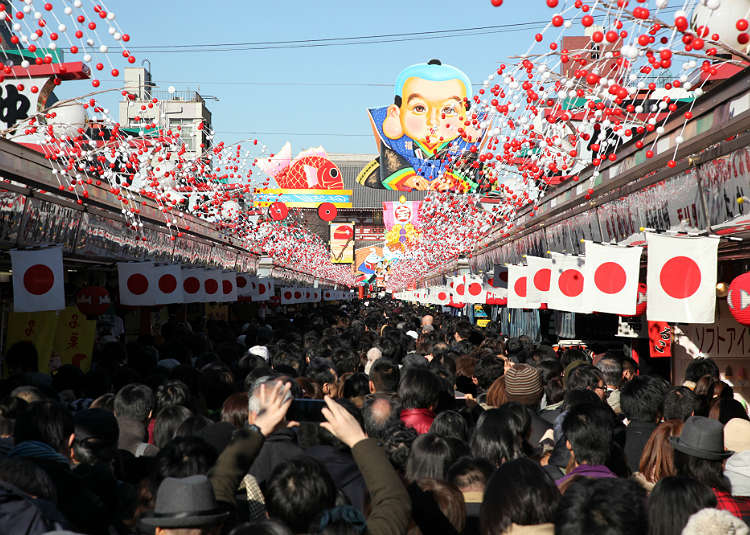 The past and present of Asakusa and Ueno

Asakusa and Ueno are must-see places when sightseeing in Tokyo. Here, we will introduce Asakusa and Ueno, where you can delve into the traditions and history of good old Japan.

Overview of Asakusa and Ueno 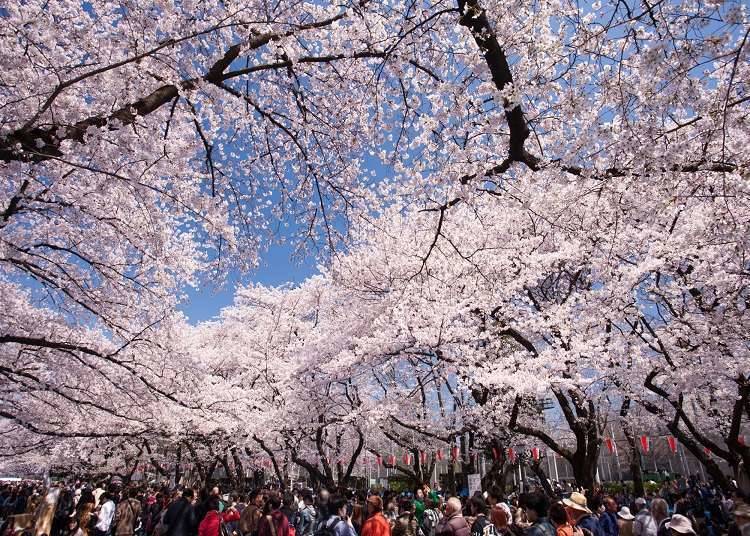 Asakusa and Ueno are popular among tourists. They have many aspects such as temples and streets with the time-honored elegance of Japan and an area with a chain of museums that expose you to the art. The number of tourists increases year by year, so they are making more facilities for tourists.

The origins of Asakusa 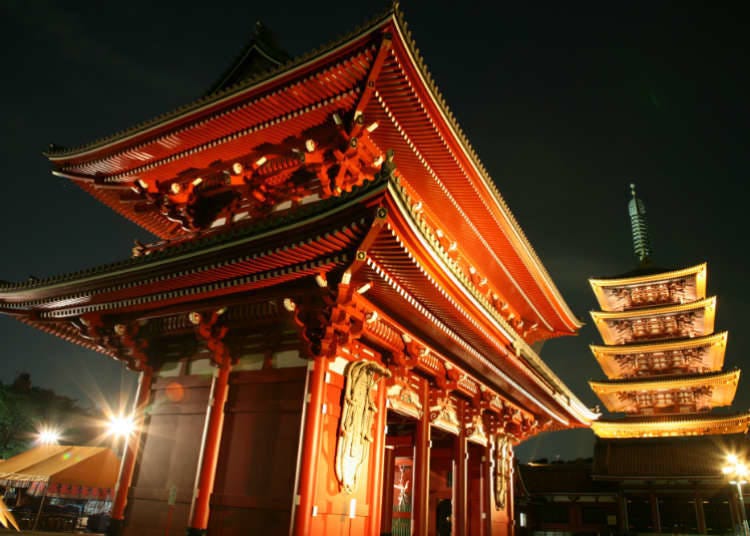 In around 1590, Edo was constantly expanding due to land-reclamation. The east of Asakusa used to be part of the sea, until Tokugawa Ieyasu, the founder of the Edo shogunate, made this place a harbor for the transportation of goods. This helped Asakusa flourish, and shops and warehouses for storing rice were made. It became a town where people, goods, and money flowed in. It suffered great damage during the Great Kanto earthquake and World War II, but was reconstructed impressively. While maintaining its atmosphere of the past, Asakusa has also seen various developments.

The origins of Ueno

Tokugawa Iemitsu, the third Shogun of the Edo Shogunate built a temple to house the tomb of the Tokugawa shogun family. The tombs of famous shoguns are kept here, and the temple is thus protected with great care. The area flourished, and came to be called Ueno. Cherry trees were planted around the temple, and cherry blossoms can be sighted in spring, making Ueno a popular site for cherry-blossom viewing even now.

The history of the development of Asakusa and Ueno 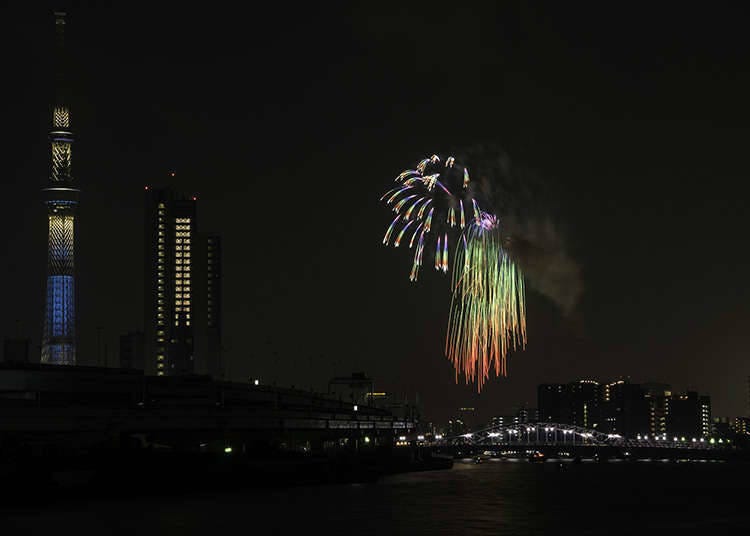 Ueno's development first started when a station was constructed for the transportation of goods and mail. After which, the subway linking Ueno with Asakusa started running, and Asakusa saw an increase in the number of visitors. After the war, its development slowed down temporarily, but the number of tourists began rising again, boosting further development of Asakusa and Ueno without losing its atmosphere from the old days.

Enjoy Asakusa and Ueno with its accessibility 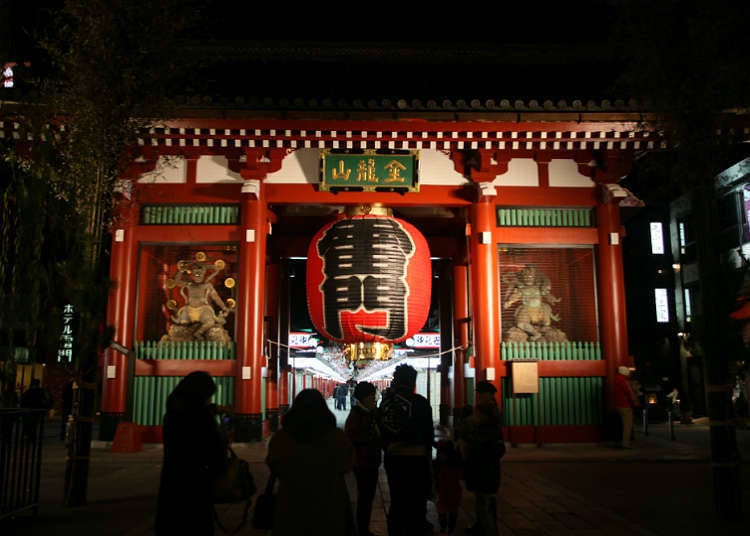 Ueno station is a huge station with major lines passing through. Naturally it attracts many people and the town developed around the station. There is a big park close to the station, which is home to art galleries and museums, thus attracting even more visitors. In Asakusa, attractions such as "Sensoji temple" are located close to the station, and you can visit various sightseeing spots within a few minutes on foot. 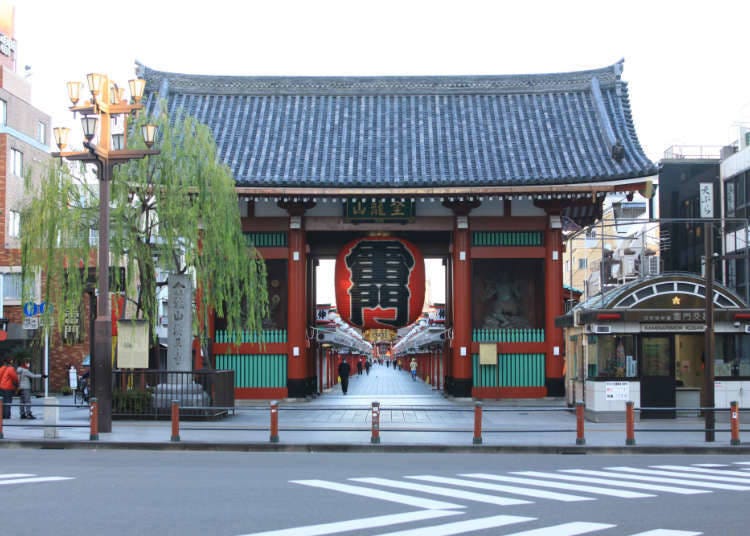 Asakusa developed as the hub of public entertainment with the building of playhouses, teahouses, and people who were pursuing their dream of being entertainers moved here as well. In 1907, the first movie theater was built here, and films and plays started gaining popularity. Also, Ueno is home to the oldest theatre in Japan. Many people, regardless of age or gender come to enjoy the rakugo-ka's (Japanese-style storyteller) rhythmical stories. Asakusa and Ueno also have many tourist attractions, including cheap local restaurants and temples, which will definitely be a place for you to make great memories of traditional and modern Japan.