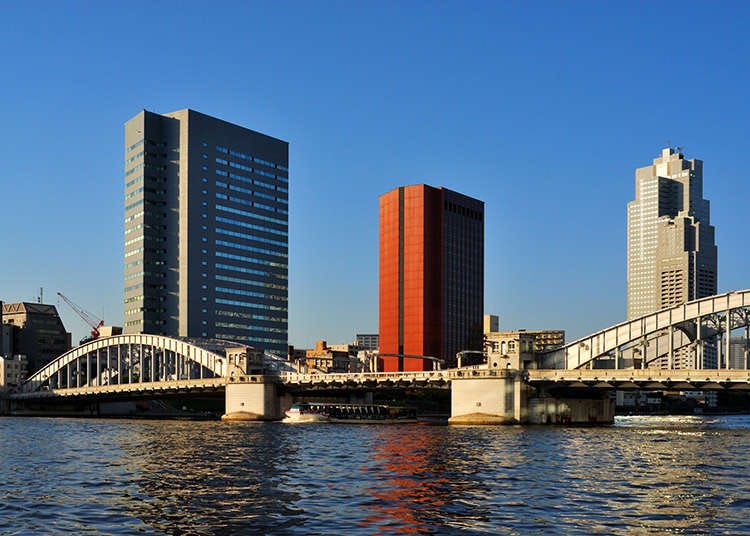 The past and present of Ginza and Tsukiji

The Ginza and Tsukiji areas are places you'll want to go when you visit Tokyo. We will introduce the histories and famous places in Ginza, the center of fashion and restaurants, and Tsukiji, where every kind of Japan's foodstuffs are gathered. 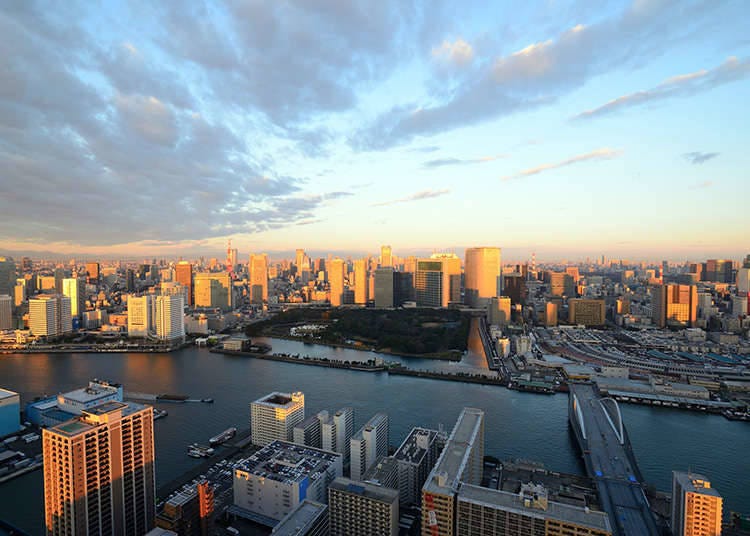 Ginza is a town for shopping. A lot of world-class top-brand stores line the streets so you can do some quality shopping. At night, the luxury night clubs and bars sparkle and offer you quality services and liquor with a glamorous, top-class atmosphere. Tsukiji, next to Ginza, is thought to be the kitchen of Japan which delivers various fresh seafood from all over the country. In order to get the high-quality goods, a type of auction called "seri" is held. While the Tsukiji Metropolitan Central Wholesale Market relocated to Toyosu in October 2018, the Tsukiji area is still much as it was!

The repeated revivals of Ginza 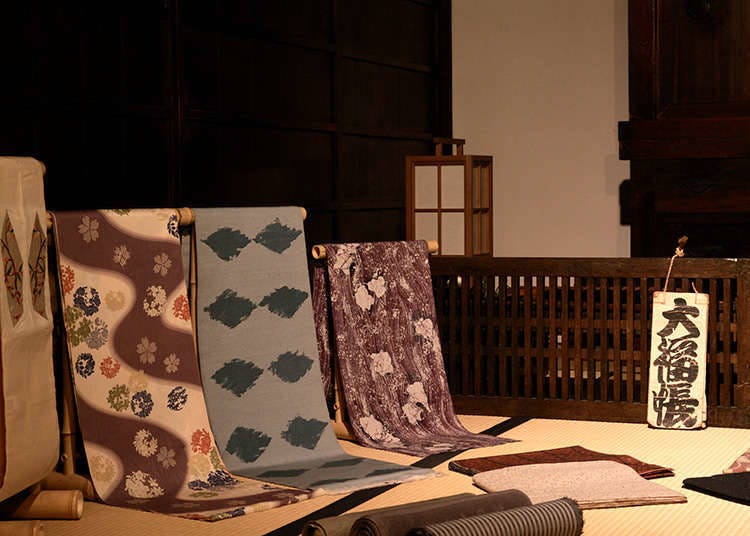 Now Ginza is known as one of the most prominent areas in Japan. However, it had been completely destroyed 6 times in the past due to disasters and wars. Each time, the revival was carried out by the merchants sustaining Ginza. The origin of Ginza dates back to the Edo period, when the official name was Shin-Ryogaecho. At that time many gofukuya (kimono drapers) were prospering and many Noh actors lived there. Upon entering the Meiji period, the town's official name was changed to Ginza.

Gin-bura and moga, the symbols of stylishness 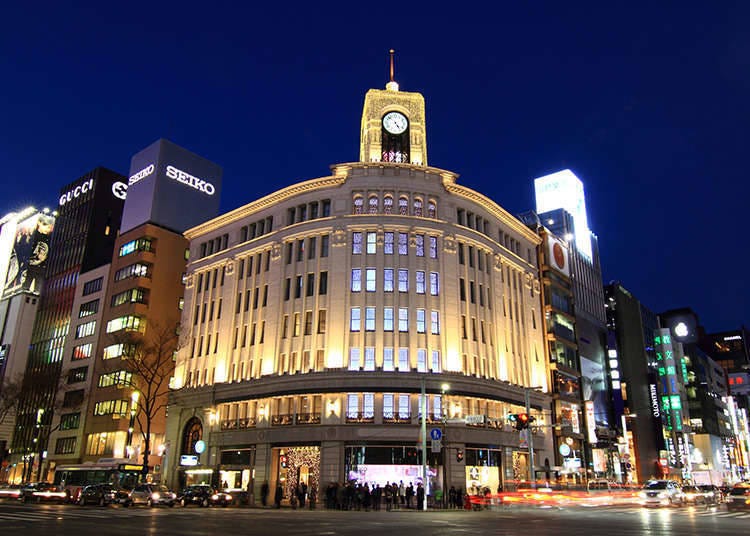 Ginza became the symbol of a sophisticated urban city from the Meiji to Taisho period, and people adored it. The words gin-bura and mobo/moga clearly showed what that symbol stood for. Gin-bura means to stroll around Ginza. In those times it was popular among young people to look at the cutting-edge western clothing while window shopping, wandering around department stores, and having tea at cafes where scholars and artists were also frequenting to relax. Ginza gave people the joy of feeling stylish, and cool thing among young people. Mobo (modern boys) and moga (modern girls), terms to specify young people who wore outfits influenced by art deco, also enjoyed ginbura. Those young people with a modern sense of the aesthetics gathered in Ginza and made the town even more refined.

Tsukiji, the place continuously protected by the fishermen 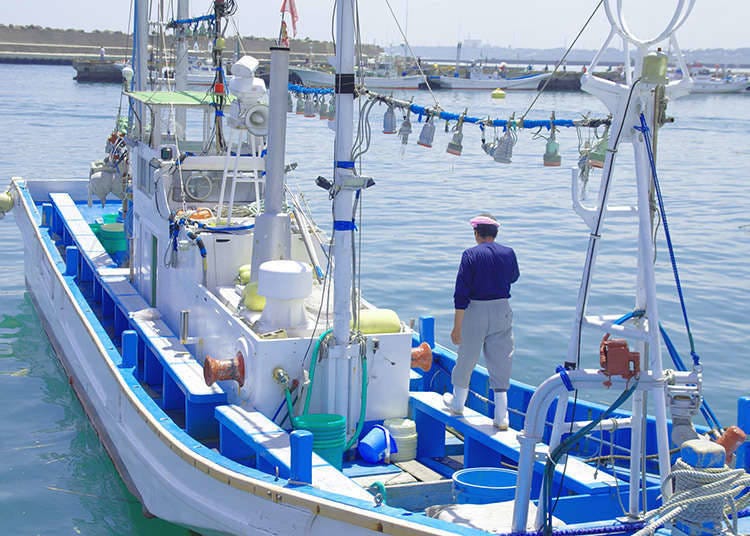 Tsukiji market is situated on land reclaimed from the sea in the Edo period. The reclamation was done by fishermen who lived around the area. Later, the shogun ordered the fishermen to sell the remaining fish at Nihombashi. This was the beginning of Uogashi (riverside fish market). At the end of the Edo period, the area was also thriving as a town for foreigners clad in colorful Western attire. Uogashi was entirely destroyed in the Great Kanto Earthquake of 1923. Nowadays it has been moved to Tsukiji and opened as the Tokyo Metropolitan Central Wholesale Market. Now food-related wholesalers open their shops there, and the scale of the market is still expanding more and more. Despite the fish market's relocation to Toyosu in 2018, the former market area of Tsukiji remains bustling with seafood restaurants and other shops, and is a fun area to explore!

Walk around Ginza and Tsukiji 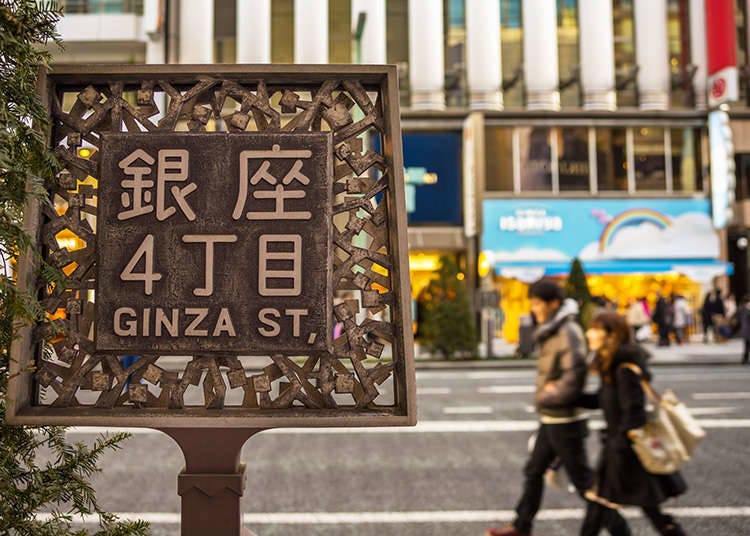 You can easily move between Ginza and Tsukiji on foot. Go straight from Ginza 4-chome intersection towards Kabuki-za along Harumi-dori and you will arrive at Tsukiji in about 10 to 15 minutes. Once you get out of Ginza's business district, you will feel the atmosphere of Uogashi little by little. Do walk around town and enjoy the cityscape!