HOME Categories of Currency and Their Functions 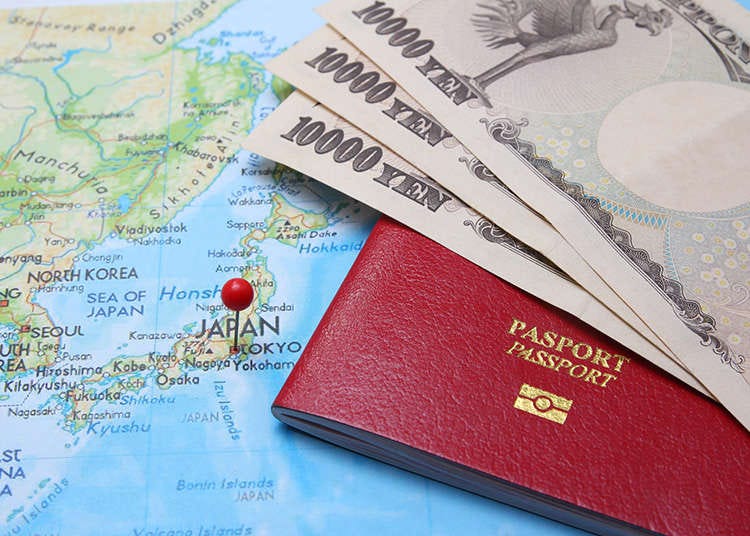 Categories of Currency and Their Functions

Cash is the one thing that really shouldn’t be forgotten when going on a journey, next to one’s passport. This is especially true for Japan as many restaurants and attractions don’t accept credit cards, especially in the more rural parts of the country. Handling a foreign currency can be a bit overwhelming, however, especially if there are many different coins and bills, which is precisely why we’ve compiled an overview of the Japanese Yen and its bills and coins, as well as their different functions! 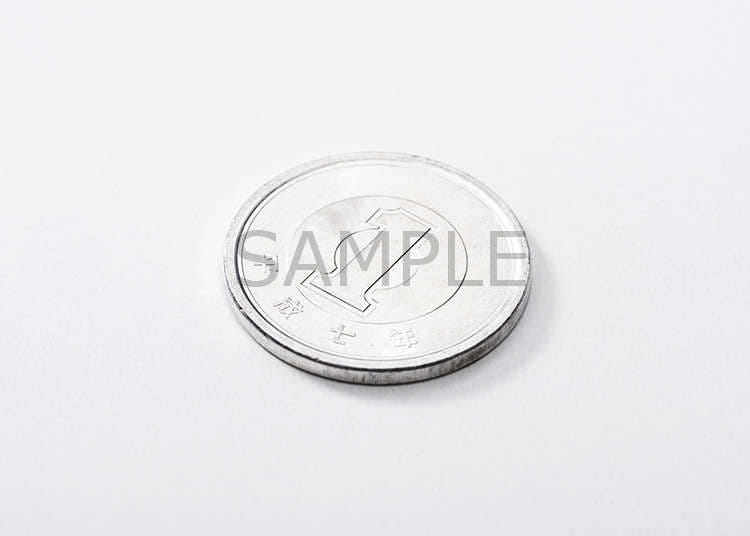 The one yen coin made from pure aluminum and is the smallest as well as the lightest coin of the Japanese currency. A young tree and the characters "一円" (1 yen) and "日本国" (Japan) can be seen on one side. Inscribed on the other side is "1" and the production date. The young tree, which is of a simple beauty, is actually a fictional plant. Here’s a fun fact: making the one yen coin costs around two yen. The vast majority of vending machines or ticket machines at stations won’t accept these coins, however. 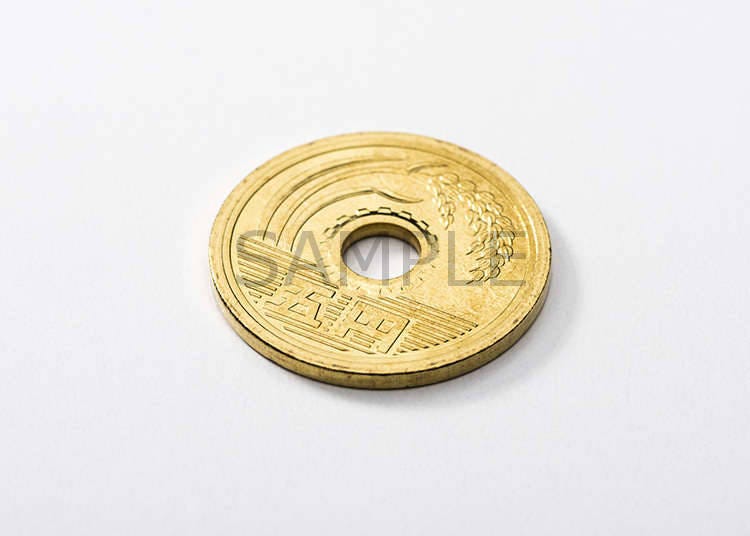 This coin is made from brass and has a hole in the middle. On one side you can find the design of an ear of rice, water, and a cog wheel which represent Japan's main industries during the time this coin was issued, which were agriculture, fishing, and manufacturing. Inscribed on the other side is "日本国" (Japan) and the coin's production date, as well as a sprout. Coins with a hole in them are rare around the world, so this coin is popular as a unique lucky charm souvenir – as most vending and ticket machines don’t accept five yen coins, making a charm out of your five yen coins is actually a great way to use leftover cash! 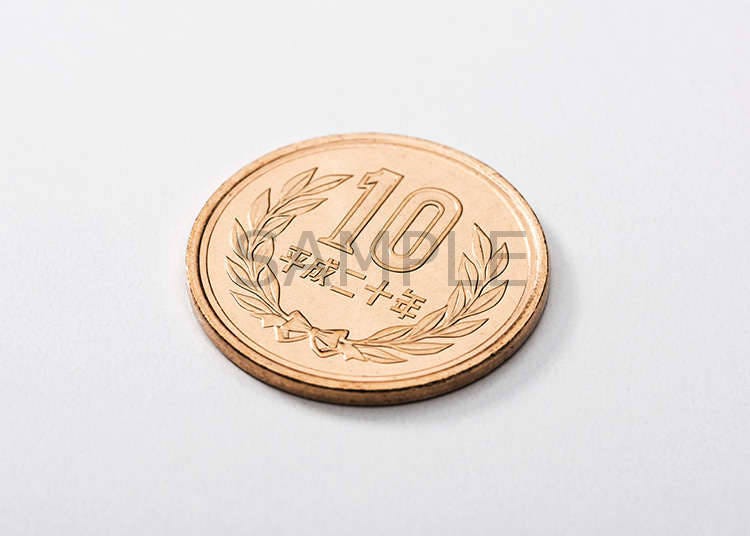 This coin is made of copper. The Cultural World Heritage Site Byodo-in Temple's Phoenix Hall and arabesque patterns can be found on the coin's head side. In addition, inscribed on it are the characters "日本国" (Japan) and "十円" (ten yen). On its other side are branches of an evergreen tree, "10," as well as the production date. This coin can be used for a lot of things such as in vending machines, for public transportation, and payphones, among others. Carrying around a few of those will come in handy in almost any kind of situation involving cash. 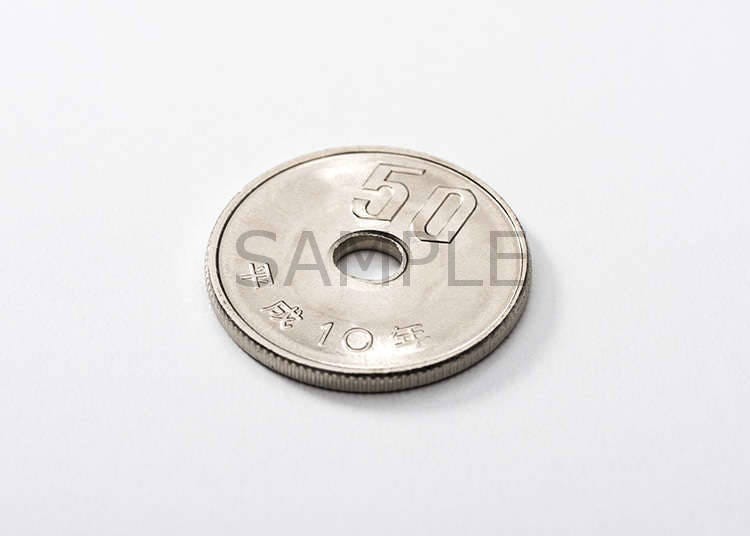 This coin with a hole in the center is made of nickel and copper alloy. Chrysanthemum patterns, as well as the characters "日本"(Japan) and "五十円" (fifty yen) can be found on the coin's head. Inscribed on the other side is the number "50" and the coin's production date. Just like the one yen coin, its design was decided by public proposals. 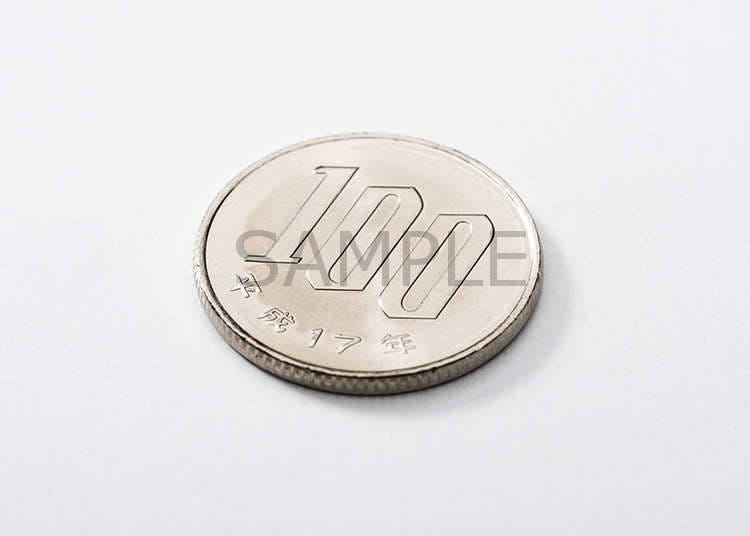 Just like the fifty yen coin, it is made of nickel and copper alloy. A beautiful double cherry blossom pattern, as well as the characters "日本国" (Japan) and "百円" (one hundred yen) can be found on one side. Inscribed on the other is the number "100" and the coin's production date. This coin is frequently used for vending machines, public transportation, and payphones, among others – just like the ten yen coin, this is a useful coin to carry around. 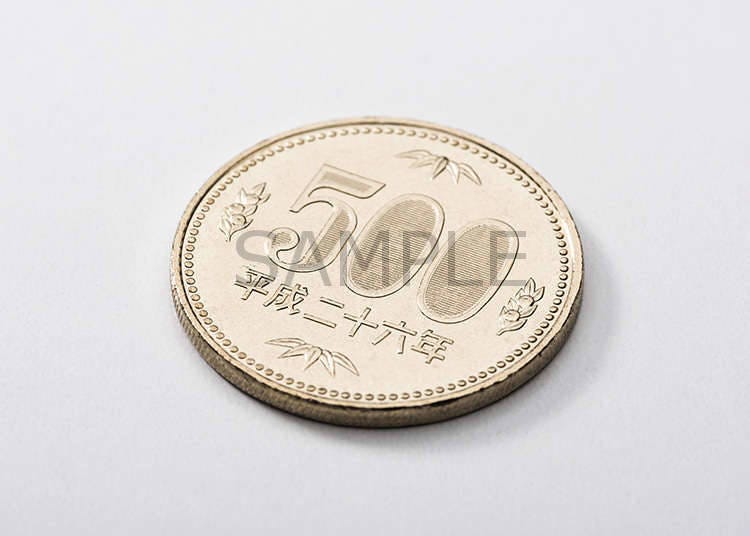 This is made of nickel brass and is the largest among the Yen’s coins. A Paulownia tree pattern, as well as the characters "日本国" and "五百円" (five hundred yen) can be seen on one side. Inscribed on the other are bamboo and tachibana patterns, as well as the number "500" and the coin's production date. 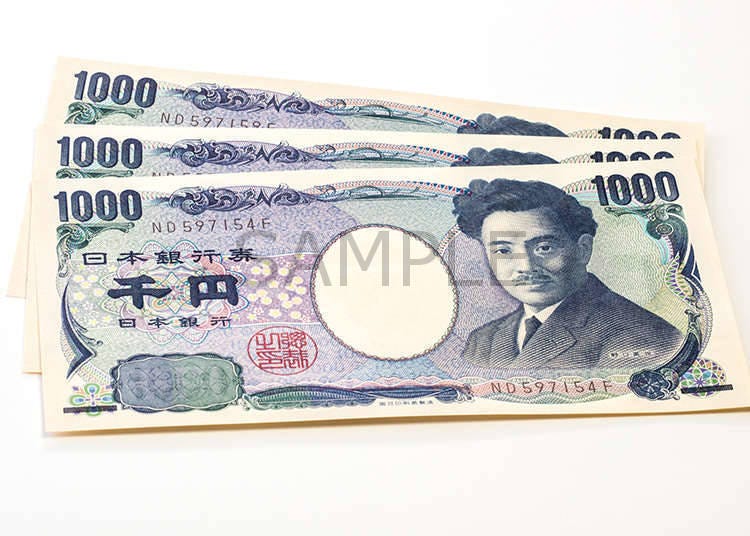 The portrait of Hideyo Noguchi, a Japanese scholar, can be found on the front of the bill. Drawn on the back is an inversed Mount Fuji and cherry blossoms. Although you can't use larger bills in vending machines and in other things, there are many instances when 1,000 yen bills can be used, so having a lot of these is usually a good idea. 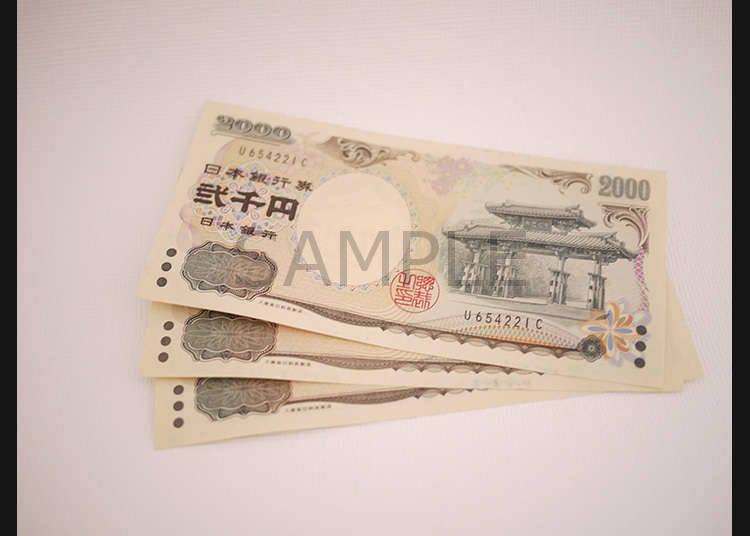 The image of Shureimon, a famous temple gate in Naha, the capital of Okinawa Prefecture, is printed on the front. One part of the 38th Chapter of the Tale of Genji, which is considered a national treasure, as well as a portrait of its author Murasaki Shikibu can be found on the back. This new bill, which was issued in 2000, uses the newest counterfeit prevention technology. However, this bill is not meant for daily use and thus very rare to come by. 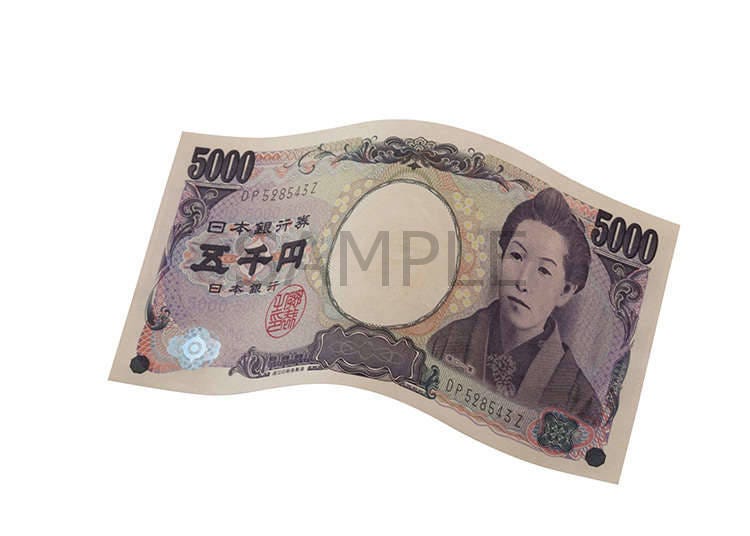 The image of the writer Ichiyo Higuchi, also called Japan's first female prominent modern writer, can be found on the front of the bill. On the back is a beautiful image of irises, which was drawn by the famous painter Korin Ogata. 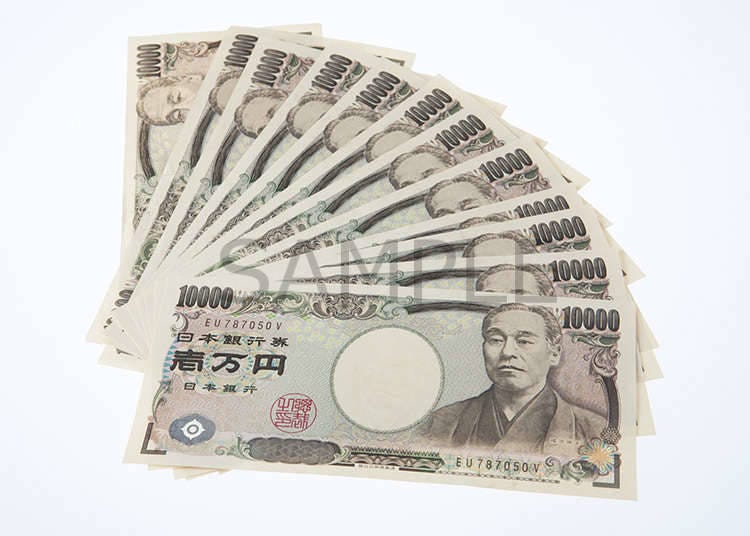 An image of the teacher, Dutch scholar, and thinker Yukichi Fukuzawa can be found on the front of the bill. On the back is an image of the phoenix statue found at the Byodo-in Temple in Kyoto. It's the largest among the bills.