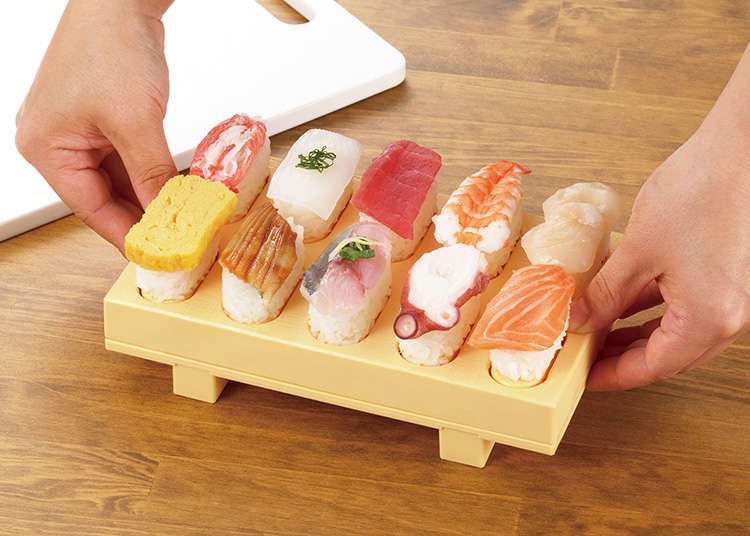 Here is a list of hot items in Japan, such as anime goods, Japanese idols' portrait photo prints and unique gadgets. Get a memorable souvenir something about the current Japanese pop culture. 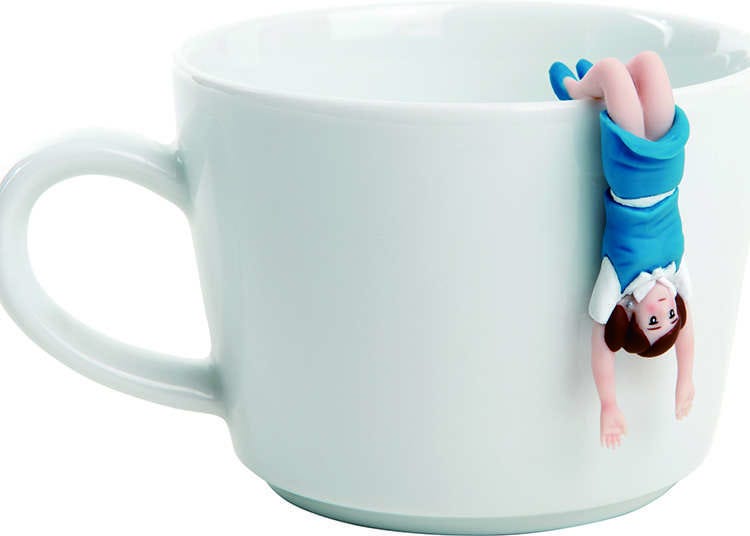 Capsule toy vending machines are very popular in Japan. Insert coins, turn the lever and then a toy in a capsule comes out. These machines are installed in toy stores and a toy section of department stores and large electrical stores. Fuchico series is a mega hit capsule toy in Japan. You may put a small Fuchiko figure on the edge of your cup. A variety of poses are available. Over 10 million toys are sold so far. More than 50 different poses are available. A piece is from 200 to 300 JPY.
(C) Katsuki Tanaka / KITAN CLUB 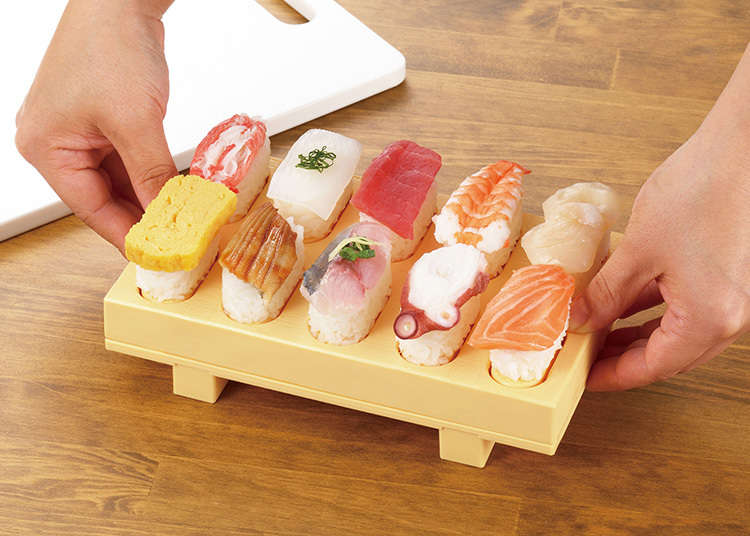 Sushi is globally well-known Japanese food. Tobidase! Osushi (Pop-up Sushi) is a tool allowing you to easily make sushi at home. First of all, you put vinegared rice into molds and lightly press rice with hands. Then put sashimi on the rice. Now push the rice from the bottom to serve. 10 pieces of sushi pop out from the molds. You can enjoy sushi anytime you want without shushi making skill. It is available at DIY stores such as Tokyu Hands. The retail price is 1500 JPY (excl.Tax). 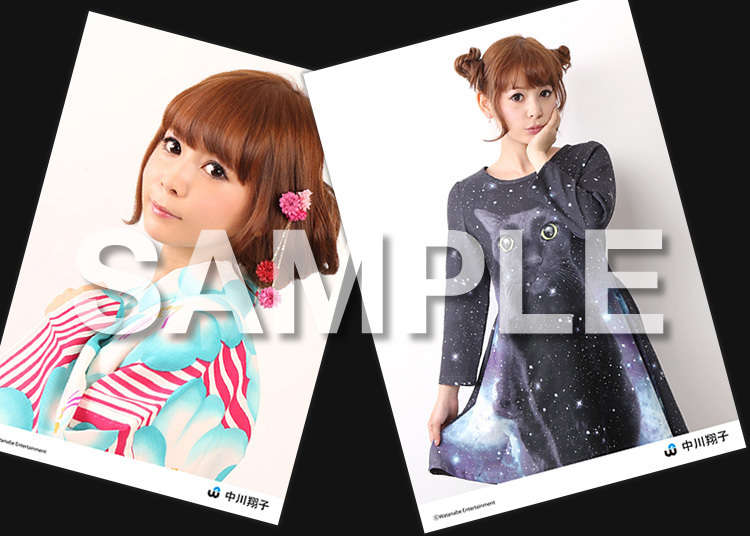 A store operated by a pioneer of Japanese entertainment industry, Watanebe Entertainment. Portrait photo prints, T-shirts and DVDs of the actors and singers belonging to the office are sold there. Especially Shoko Nakagawa called Shokotan is very popular among young people. She is an idol singer and actress active in various fields. Her portrait photo print is 160 JPY (incl. Tax) per copy. 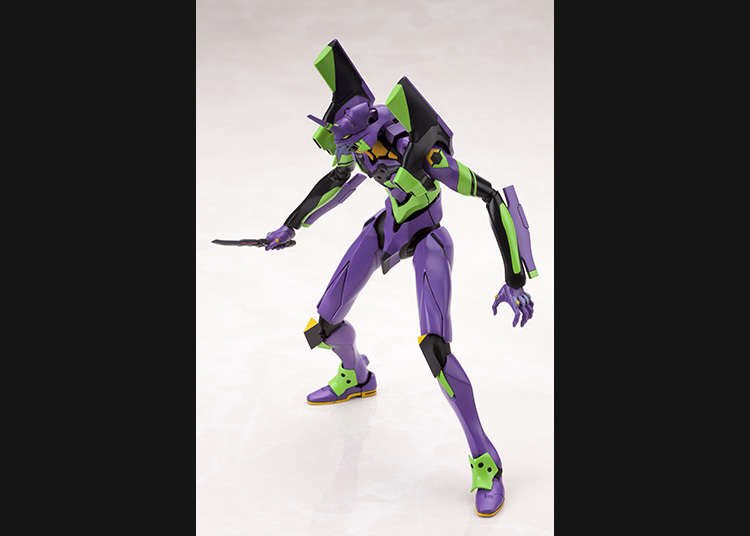 Neon Genesis Evangelion is a SF animation TV series in Japan. As soon as its broadcasting was started in October 1995, it became super popular and a social phenomenon. It is still going strong and many fans come to cinemas every time a new movie is released. If you wish to buy the goods of the latest movie, you must go to Kotobukiya Akihabara. The plastic model in the photo (5400 JPY excl.Tax) is 1/400 scale plastic model (about 19 cm tall) of the first machine which the hero Shinji Ikari rides. Its superb combination of detailed design of joint parts and sophisticated form is highly appreciated by the enthusiastic fans.
(C) Color

T-shirts and goods of anime characters 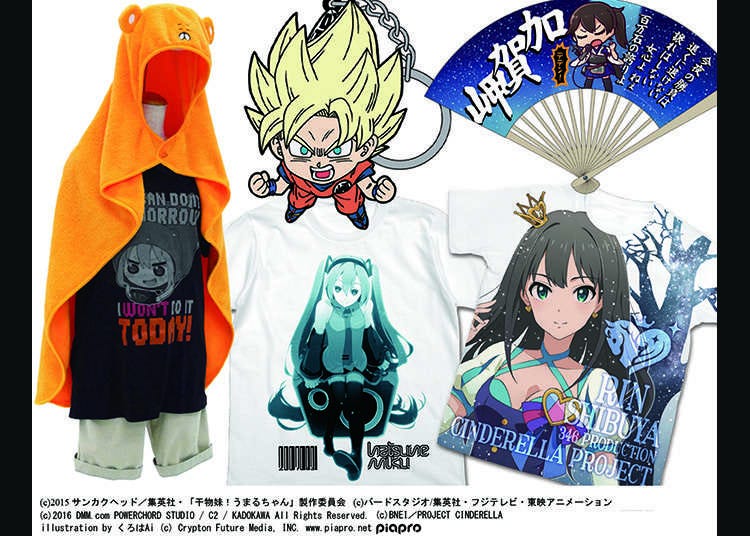 Japanese anime is now world-class entertainment. New works are produced one after another and attract many people mainly younger generation. Anime, game and manga fans from all over the world come to COSPA / Nijigen COSPA GEE!STORE Akiba where goods including T-shirts, keyrings and mugs of globally famous characters such as Dragon Ball, Hatsune Miku and Idol Master are available. There is COSPA Akihabara Satellite Station in Narita Airport which is very handy to stop by if you use the airport.