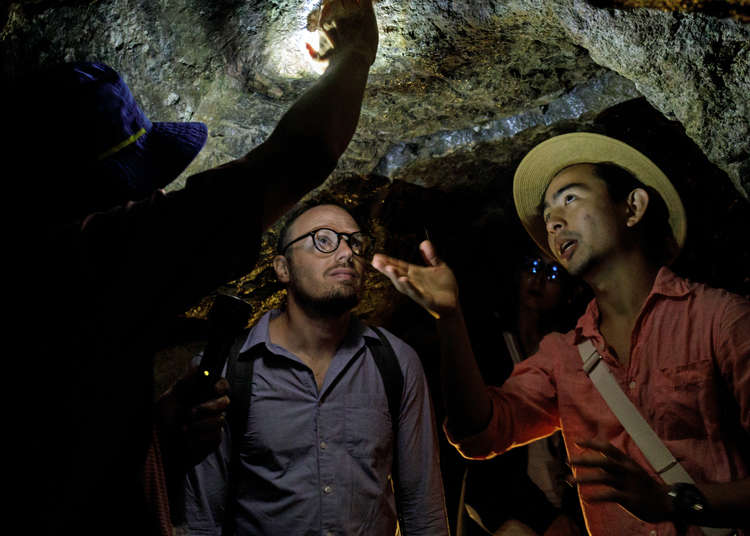 Iwami Ginzan Silver Mine and its Cultural Landscape was designated a UNESCO World Heritage site in 2007. Visitors here can get insight into the area's fascinating history through guided tours (including a trip on the Ginzan-Kodo course to one of the tunnels into the silver mine.) Reserve a spot on a tour with a friendly and knowledgeable guide for a more in-depth travel experience in Shimane.

Engaging and educational guided tours of the Iwami Ginzan area 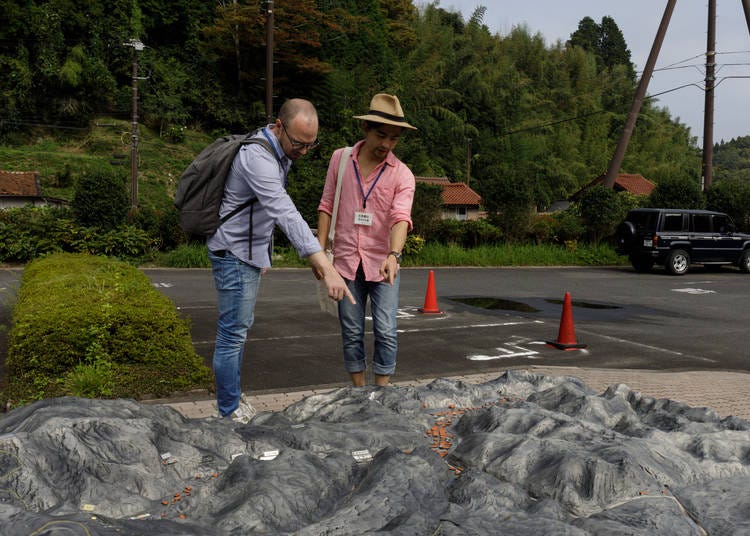 Learning about the mountainous terrain

Before we begin our guided tour of Iwami Ginzan Silver Mine on the Ginzan-Kodo course, our guide tells us that you can't fully appreciate Omori Town and the mine without knowing the background. Around two and a half hours later, after we'd completed the course, we had a new-found appreciation for the area and its importance in Japanese history.

Today, there might only be 400 residents in Omori Town - although this number is steadily growing thanks to successful local-community re-energization - there was a time when thousands of people lived here. Extreme population changes are not the only way the area has transformed over the centuries. 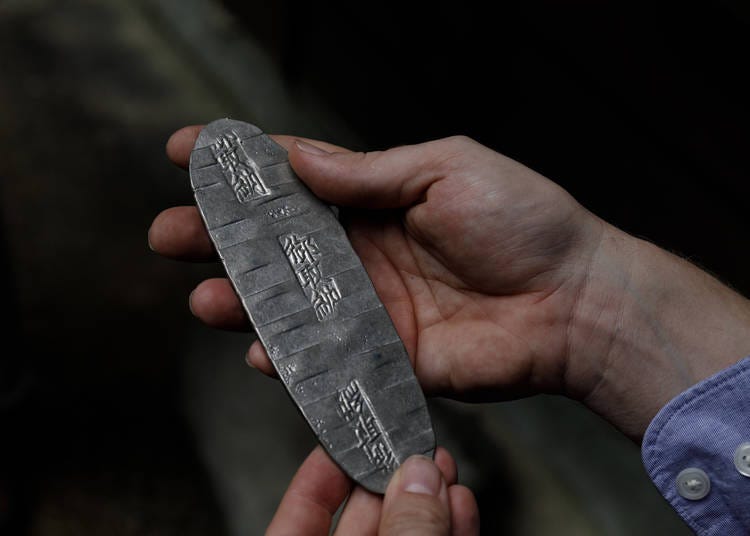 Silver was big business for Shimane and Japan

The scenery has altered wildly, too. However, unlike the general trend for sacrificing the natural environment for the human-made, the reverse is true here. Nature has reclaimed what was hers: Greenery has covered the scars of the heavy mining industry, and the mountain slopes are thick with forest and wildlife. 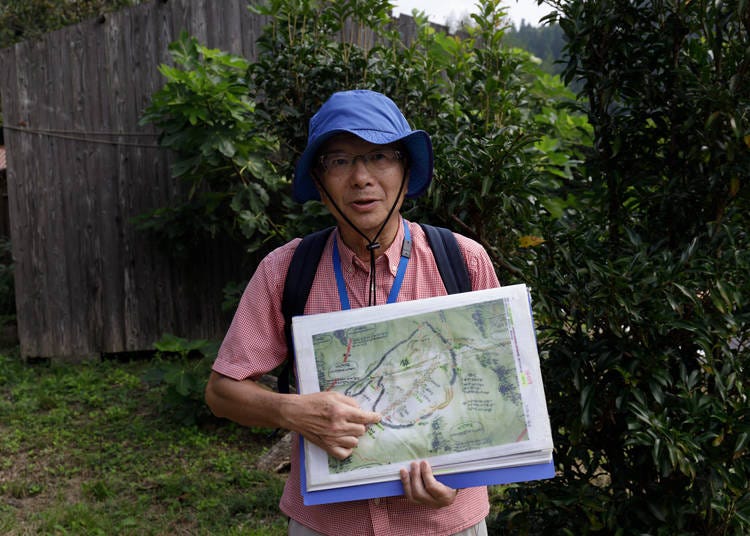 Mr. Tanimoto of the Iwami Ginzan Guide Service Organization led the tour and was joined by Shunichi Ito - an English and Japanese bilingual guide. This pairing was key to the success of the tour. Mr. Tanimoto is highly knowledgeable and passionate about the area, and Shunichi's accurate and engaging real-time interpreting enables non-Japanese speakers to enjoy the tour in the same way as local visitors. Mr. Tanimoto is a treasure trove of historical fact, and Shunichi has a deep passion for the area's nature, and these contrasting yet connecting elements made for a well-rounded tour commentary.

The legend of the discovery 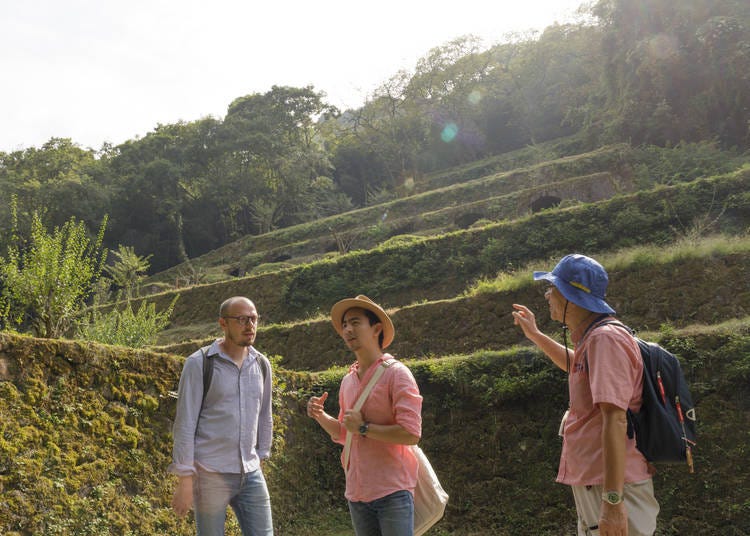 Standing at the foot of a once large silver-smelting site

Mr. Tanimoto tells us about some of the legends that surround the initial discovery of the mine. Some suggest that a beacon of light caused by silver glinting in the sun gave the position of the mountain's treasure trove away. (However, simple science renders this idea implausible as silver turns black when it meets the air.) Some suggest that it was the mountain itself that was gleaming to draw attention to itself, whereas another (probably more viable) idea is that a shrine used to sit on the mountain top, and a religious man hiked the mountain to pay his respects to the deity and discovered the mountain's bounty. Whatever the reason, this insider knowledge adds plenty of interest and intrigue into the tour. 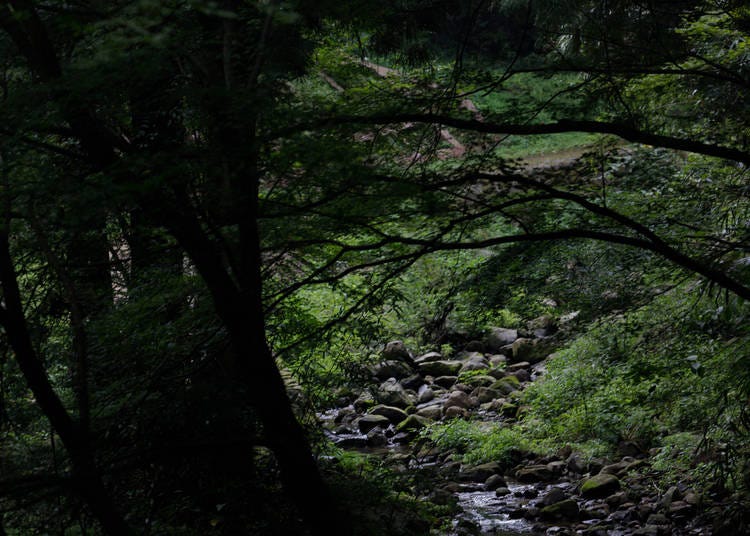 The Ginzan-Kodo course begins in the center of Omori Town before winding through the town's streets of historic buildings and up the steadily inclining track to one of the mine's main tunnels. Mr. Tanimoto's argument that understanding the background adds to the experience becomes clear very early on. He points up to the highest mountain peak and says, "There used to be a whole town up there." Looking at the verdant forest that now grows there, it's very hard to imagine. Thousands of people lived in the mountain-top town during the heyday of the silver mine, where employment was varied from mining, silver smelting, livestock handling, and many others. 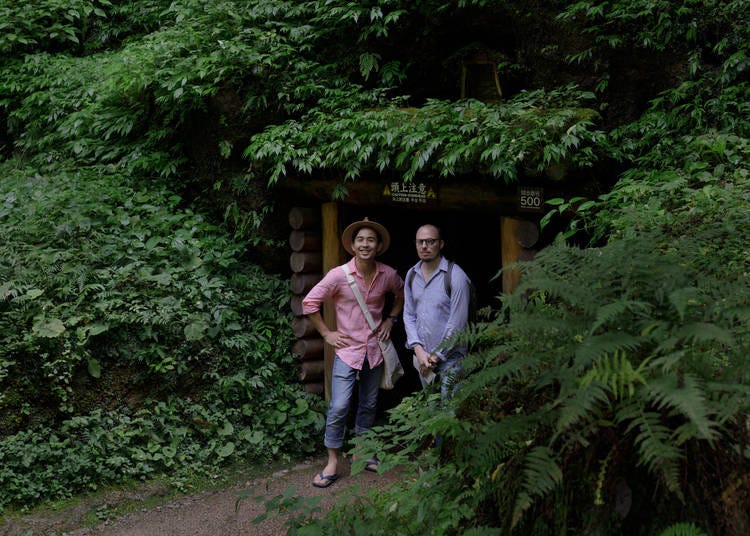 One of the main mabu, or entrances to the mine

Along the path, Mr. Tanimoto explains how the area used to be divided up, with certain sections run by the shogunate - the samurai government that ruled over Japan between 1192 and 1868 - and private owners. Silver mining was a serious business, and there were heavy penalties for anyone who mined where they shouldn't. Halfway up the mountain, Mr. Tanimoto points out three holes that form a triangle mark on the side of the mountain. It would have gone entirely unnoticed if we didn't know where to look. He explains that the mark acted as a kind of family crest to show who owned the mine. 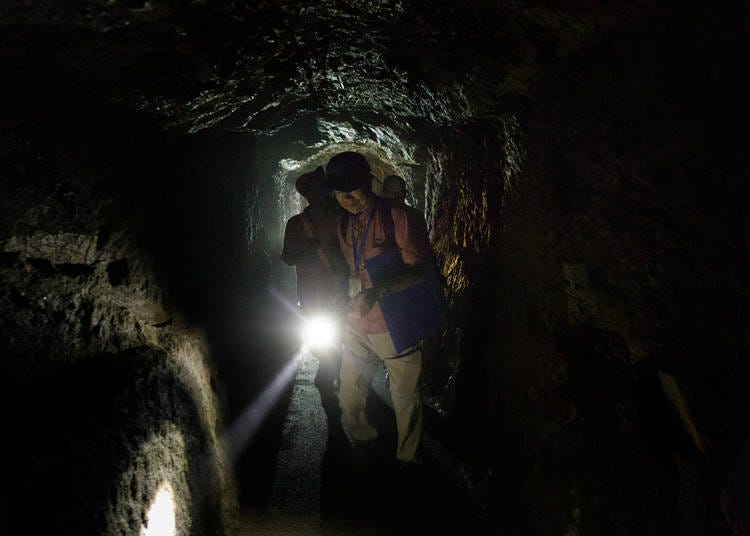 Mr. Tanimoto leads the way into the Ryugenji mabu

As we climbed the path deeper into the mountain, small tunnels began to appear on the side of the mountain. Mr. Tanimoto explains that these are mabu - tunnels dug to mine the silver. They are all numbered, and right now, there are over 1,000 mabu in the mountainside. As we enter the Ryugenji mabu (the only mabu that is open to the general public year-round) a rush of cold air greets us, rather like walking past a doorway of a heavily air-conditioned shop in the height of summer. Shunichi tells us how the mine stays at a constant temperature all year.

Condensation drips from the rock as we enter and head down the sloping path into the mine. The track is slippery, and the tunnel gets narrow. We walk single-file as Mr. Tanimoto highlights changes in the rock face that show how the silver was mined - some by hand, some by dynamite - and the sections where silver veins were plundered, and spots where the miners gave up hope of finding any silver. The background information that Mr. Tanimoto and Shuinichi provided us with meant we had a comprehensive understanding of silver mining history and processes by the time we re-emerged into the light around 30 minutes later. 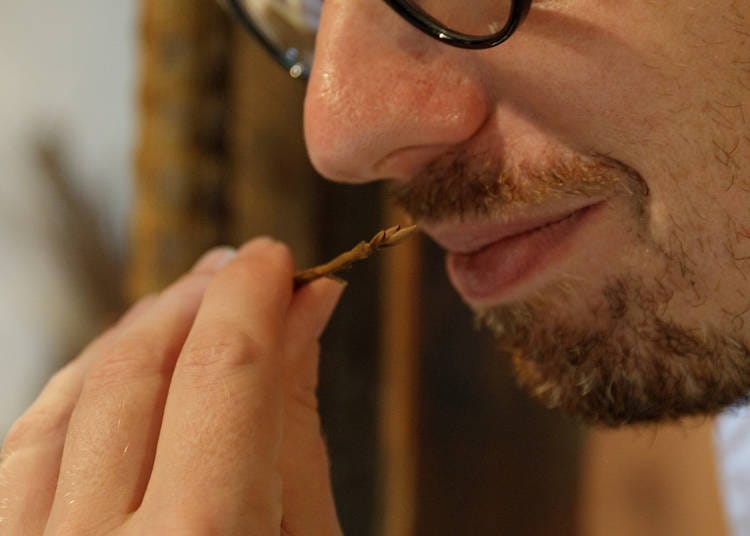 Kuromoji has a fruity and spicy aroma

The guided tour was not merely about the history of the silver mine and the process involved in mining the heavy metal. Shunichi explained the role the natural world played to help provide some relief for the miners."There's a reason there are so many plum trees around here," he says. Plums have certain antibacterial properties, so many trees were planted, and miners would smear them on their masks for "protection" when working deep underground. Herbs and other foliage such as kuromoji (spicebush), which are also prevalent in the forest, were fanned down into the mine as their medicinal properties were thought to provide some health benefits.