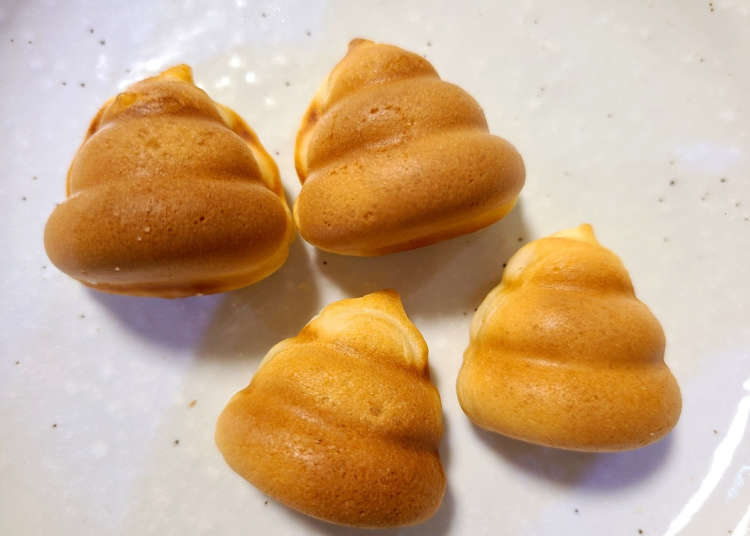 Are you even surprised we ended up trying these?


When we heard about the Wasshoi Unchiyaki that can make perfectly poop-shaped cakes, we knew we had to try it. So we recruited our Japanese-language reporter Maro to pick one up at the store for 1,430 yen (US$13.03) and test it out for us. Armed with a bottle of Costco pancake mix, Maro got to work.

▼ Okay, there’s not much work in making these with the premade mix. 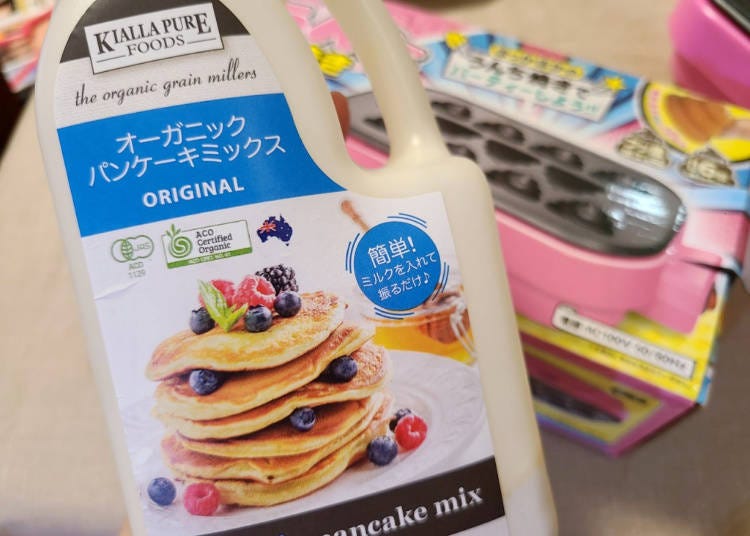 The plate had space to make 12 half-spiral poos, or six whole ones if you stick them together. Maro fired it up and let it warm up for three minutes as per the instructions.

▼ And the pan is even embossed with a cute smiling poop! 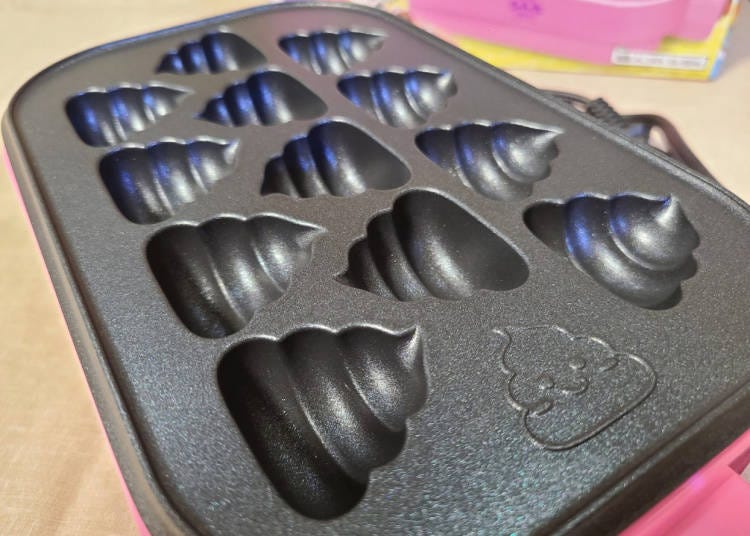 ▼ After greasing up the poo molds, she carefully poured the pancake mix into each half-poo. 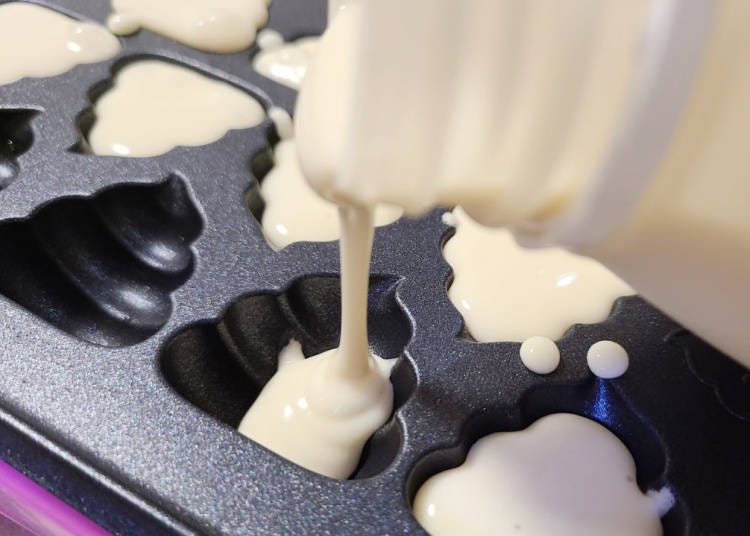 The instructions said to only fill the pancake molds seven-tenths of the way full, but Maro found that a bit difficult to guesstimate. She couldn’t afford to slow down, either, since the previous turds were already cooking!

After three minutes of cooking, she removed the half-poos and joined them together with their neighbors to form the whole shape.

▼ They looked a bit awkward, but hey, does the first pancake ever turn out well? 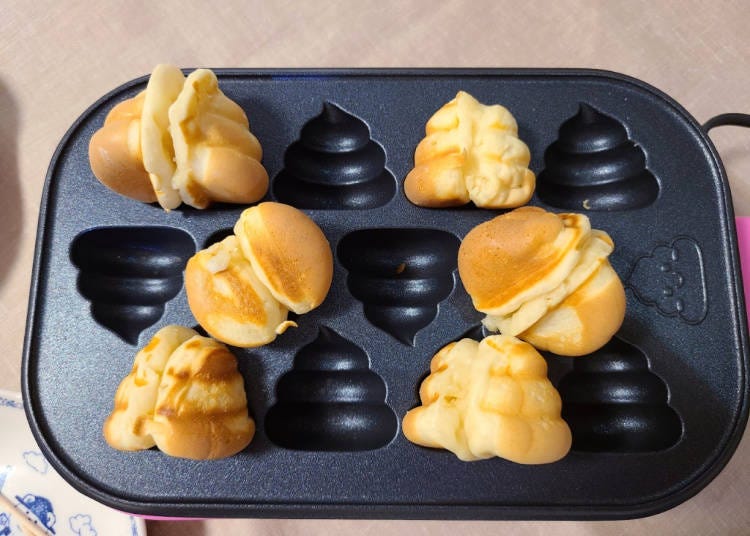 ▼ Even after putting a toothpick in to make a cake pop, Maro still wasn’t satisfied with the uneven shapes. 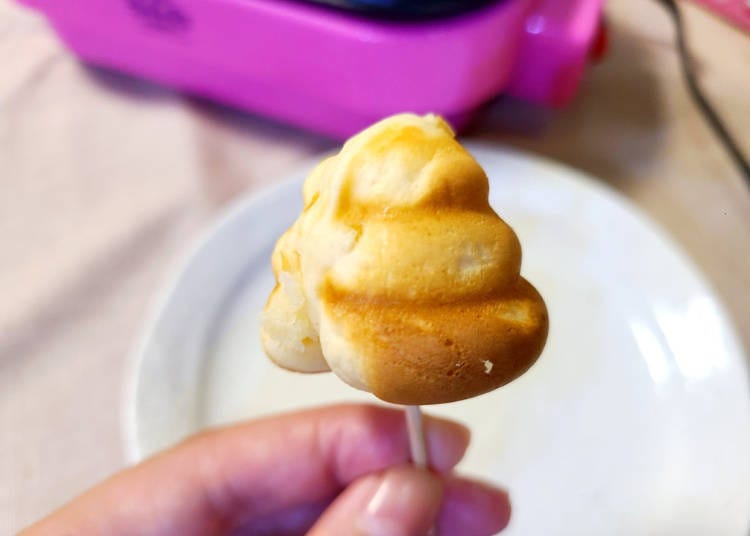 For the sake of science, and SoraNews24, Maro decided to give it another try. Her theory was that she added too much pancake mix the first time, so she poured in the pancake mix even more carefully this time so that it would create the perfect shape.

▼ She cooked each of the smaller half-turds for five minutes, then turned them over.

“Hey, these look better!” she thought. But upon closer inspection…

▼ …she noticed that the tip of the poop was missing. 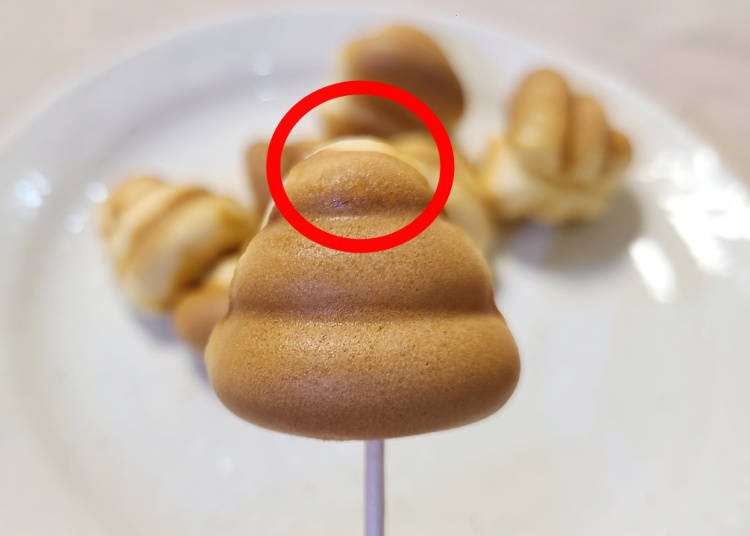 According to Maro, this is the most important part of making a perfectly cute poo shape. You know, the same shape as soft-serve ice cream. Determined to get it right, she decided that the third time’s the charm, no matter how full her stomach was at this point.

▼ Thankfully, after pouring very carefully, she finally perfected the shape! 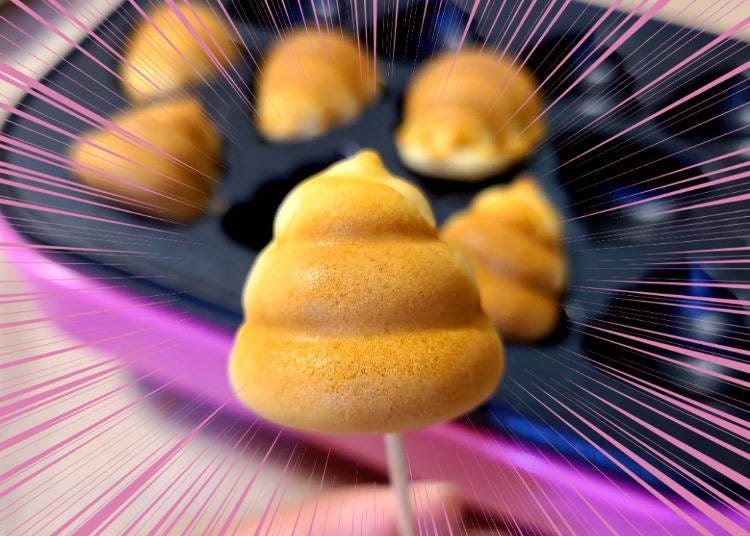 ▼ She was proud of herself for getting it right. For reference, here’s the first time (left) versus her final try (right). 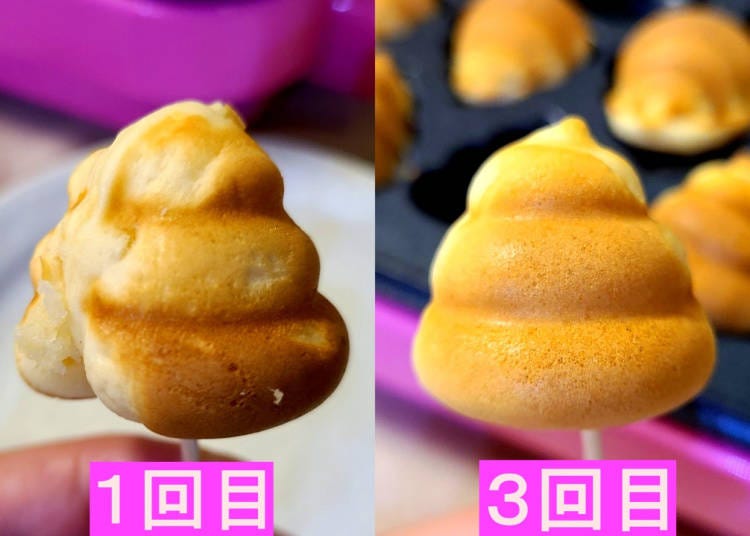 All in all, Maro was left feeling slightly disappointed that the molds were only for half-sized poops instead of full-sized ones. She really wanted that 3D effect. But if that’s totally fine with you, she thinks it’s a great way to chow down solo or with some friends, if you’re all into that sort of thing.

▼ You can even mix it up with different colors and flavors! 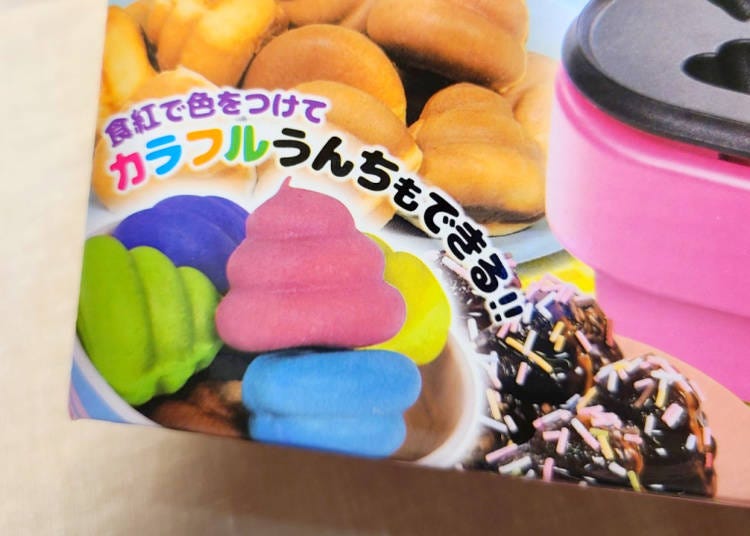 Would you try the poop cake toy? We think it would be the perfect dessert after your at-home izakaya or even as a follow-up to your curry rice machine experience!

How to make tonkotsu ramen at home 【SoraKitchen】
How to make a “curry rice bowl” using instant oatmeal instead of rice 【SoraKitchen】
Ultimate TKG: We’ll never eat tamago kake gohan the old way again! 【Sora Kitchen】
Cute Instagram cat teaches us about Japanese culture with hilarious cosplay photo collection
Who’s ready to make poop cakes with this Japanese cooking gadget?【Photos】
*This information is from the time of this article's publication.
*Prices and options mentioned are subject to change.
*Unless stated otherwise, all prices include tax.