HOME Tokyo and Surroundings Tokyo Tokyo Station Quirky Japanese Phrases: The Adaptable 'Daijōbu' and Appropriate Situations to Use It 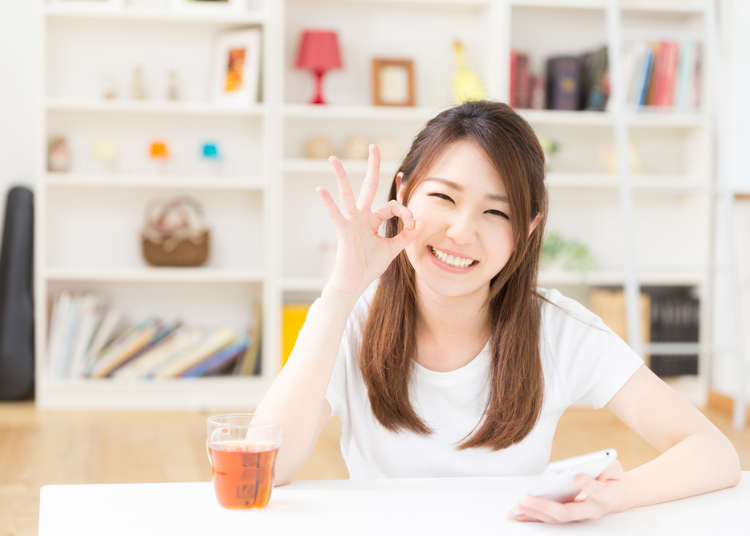 Quirky Japanese Phrases: The Adaptable 'Daijōbu' and Appropriate Situations to Use It

Daijōbu is a Japanese phrase that encompasses a few meanings. It can be taken as either a "yes" in certain situations, or a "no" in an entirely different one! Little wonder, then, that many foreigners find themselves perplexed about how exactly to approach this useful phrase.

By educating yourself beforehand about the variety of situations this phrase can be used in, however, you'll definitely find it easier to express yourself when in Japan and understand what your conversation partner is saying as well.

Here's a list of example sentences that will illustrate the various meanings daijōbu (大丈夫) can take on in different situations. 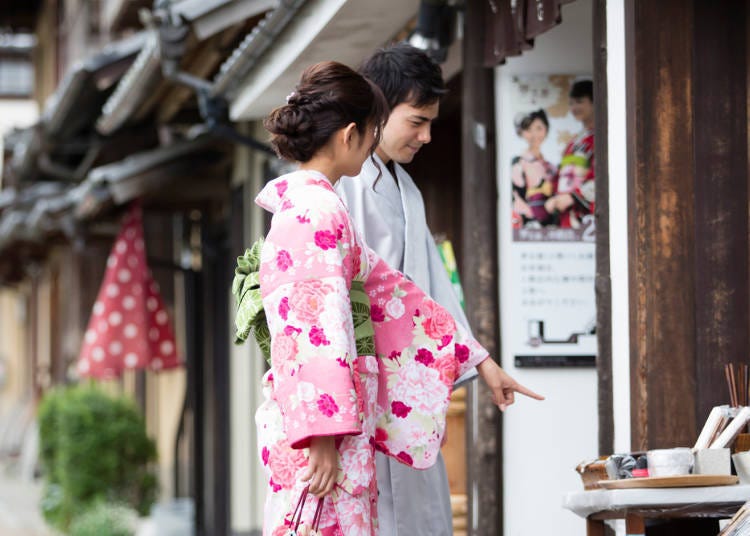 This is one of the original meanings of daijōbu. It is used to describe something that is resilient, safe, and secure.

Situation: When finding a souvenir that looks rugged enough to survive rough transport

The phrase can also be used on a person - for example, someone who is reliable, trustworthy, or capable.

Situation: While looking at a dependable tour guide

Daijōbu 2: Something certain and sure 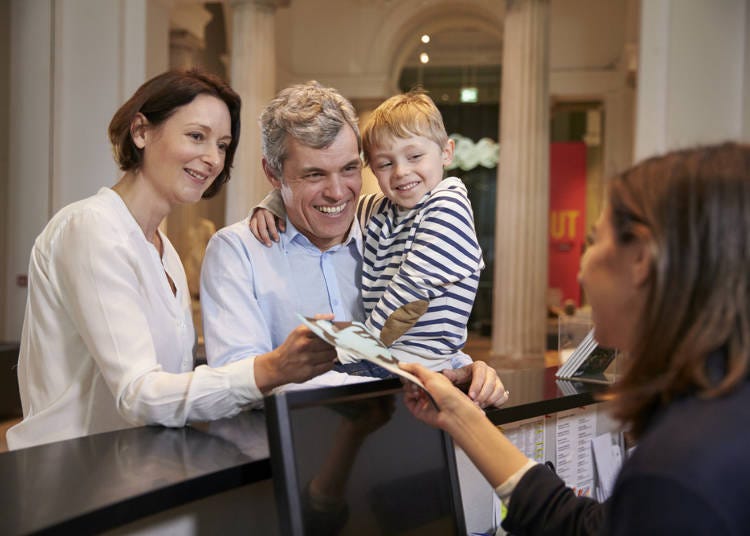 This usage is for checking the time.

Situation: When checking with a receptionist whether you still have enough time until a museum's closing hours

It's also used when wishing for something good to happen.

Situation: Encouraging a disappointed friend who is struggling to speak Japanese better

「今度はきっと大丈夫、上手くいくよ」
"Kondo wa kitto daijōbu, umaku iku yo!"
"You'll surely get it the next time. You'll get better!"

Daijōbu 3: Checking if something is needed or not 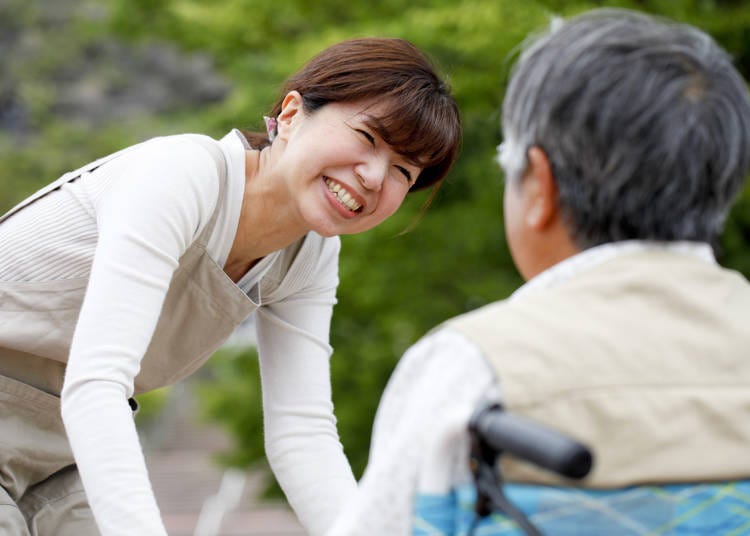 If you find someone on the streets looking for a valuable item they've dropped or feeling unwell, this phrase comes in handy to check if they need assistance.

Situation: When seeing an elderly person carrying something heavy-looking at a departmental store staircase

「大丈夫ですか？持ちましょうか？」
"Daijōbu desu ka? Mochimashou ka?"
"Are you okay? Shall I carry that for you?"

Situation: When finding someone looking confused about how to buy tickets at a train station 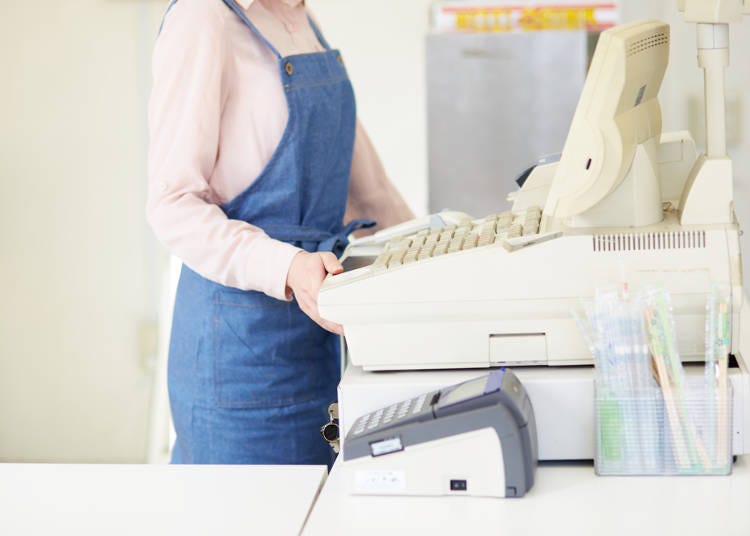 In recent years, this usage of daijōbu has become more and more common among the younger staff of restaurants and convenience stores as well.

Situation: When a waiter sees that a customer's water glass is half-empty

Situation: After buying a bento lunchbox at the convenience store

「お箸は大丈夫ですか？」
"Ohashi wa daijōbu desu ka?"
"Would you like a pair of chopsticks?"

「お箸は必要ですか？」
"Ohashi wa hitsuyou desu ka?"
"Do you need a pair of chopsticks?"

As such, those who don't need whatever is being offered will often reply, "Daijōbu desu (I'm okay)." 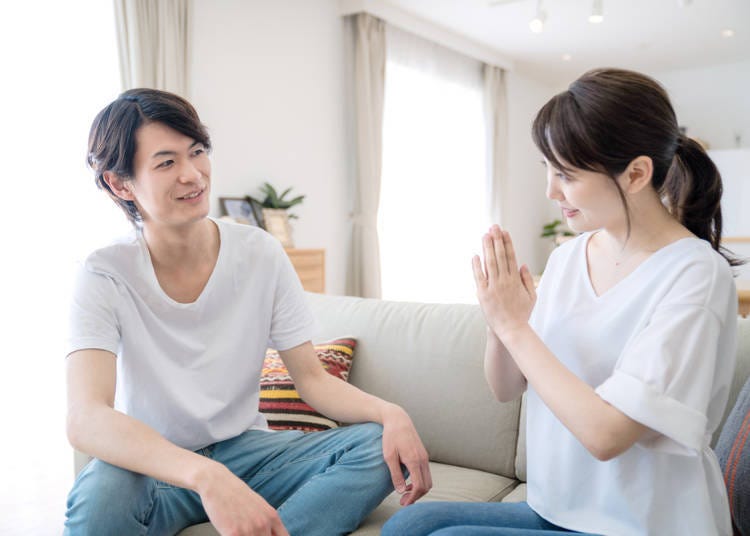 Daijōbu can carry the nuance of "no problem". The younger generation has also popularized "zenzen daijōbu (completely fine)" among themselves, which simply means "no problem at all" and is used to add stronger emphasis.

Situation: To a friend who came to a meetup late
「遅れてごめんなさい！」
"Okurete gomennasai!"
"Sorry I'm late!"

Daijōbu can also be used when you're feeling worried or concerned about something.

Situation: Finding out it may rain the next day, when you've planned to do some sightseeing
「明日の天気、大丈夫かな」
"Ashita no tenki, daijōbu ka na?"
"Is tomorrow's weather going to be okay?"

「これは生で食べても問題ありませんか？」と置き換えられます。
Daijōbu here can be replaced in such a way:
"Kore wa nama de tabetemo mondai arimasen ka?"
"It's not a problem to eat this raw?"

Daijōbu 5: Checking whether something is allowed or not 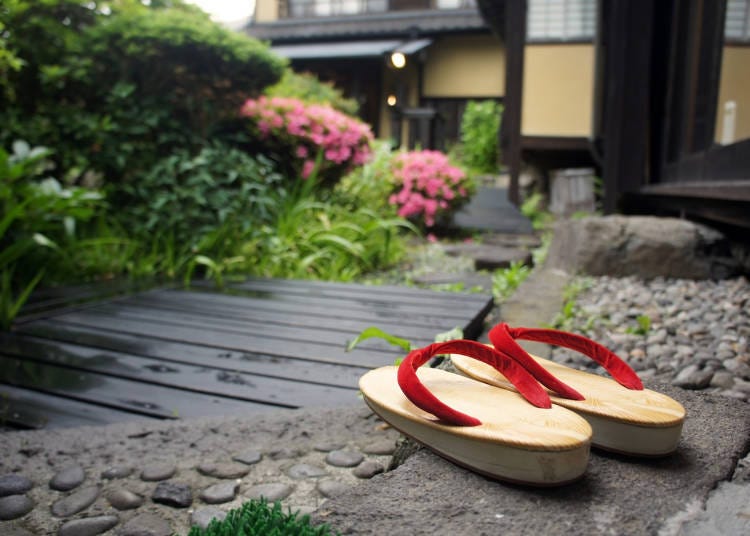 Daijōbu comes in handy when checking if something can be done or not, too. The unique Japanese culture and cultural rules can be quite confounding to a foreigner, so when in doubt, use daijōbu to check first!

Situation: When you're not sure if you can step into a Japanese-style inn with your shoes or not
「靴を脱がずにここに入っても大丈夫ですか？」
"Kutsu o nugazu ni koko ni haitte mo daijōbu desu ka?"
"Can I come in without taking off my shoes?" 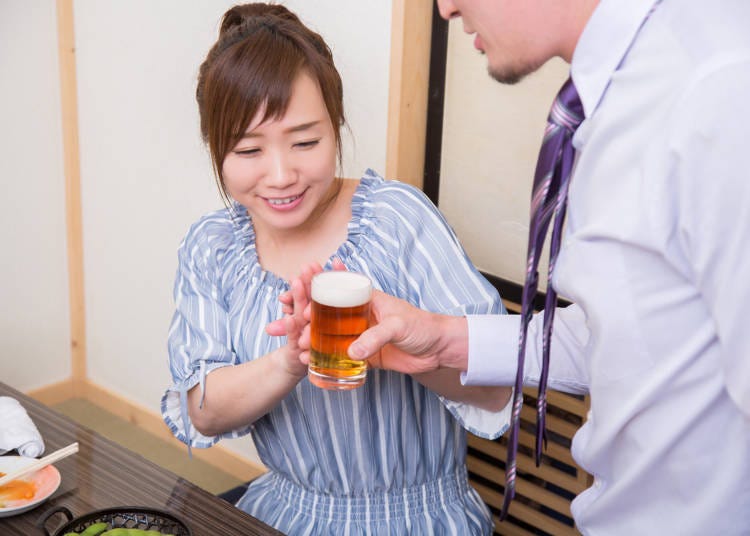 One more new usage that has developed in modern times is a gentle rejection of someone's invitation or help. This usage is more popular among the younger generation. It is a suitable phrase that implies the thought, "There's no need for you to take the trouble."

Situation: When the supermarket cashier starts putting your purchases into plastic bags
「大丈夫です、袋を持っています」
"Daijōbu desu, fukuro o motte imasu."
"It's okay, I have a bag."

Situation: When your Japanese friends ask you to try out some Japanese sweets, but it's not your kind of snack
「ありがとう、大丈夫です」
"Arigatou, daijōbu desu."
"Thanks, I'm okay."

In other words, using daijōbu in such a manner is the same as saying, "No, thank you," in English. However, because it's generally considered rude to outright reject someone who is older than you, this is a good alternate phrasing to fall back on depending on the situation.

The Japanese fear of rejection 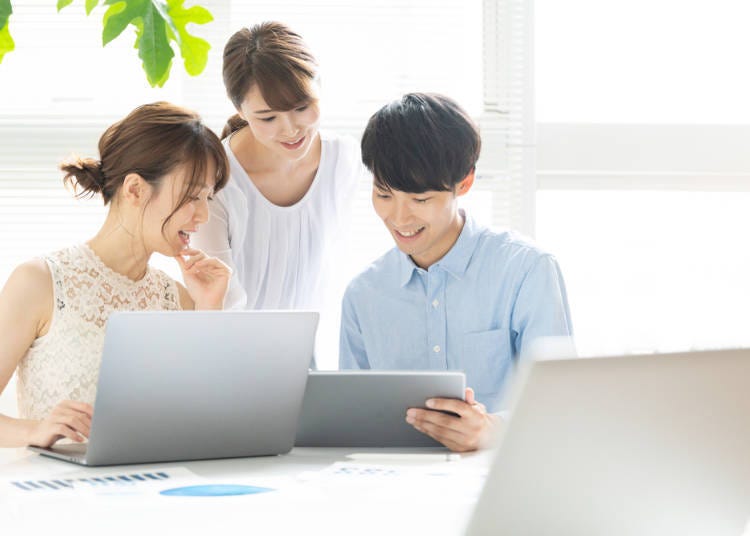 Japanese people are said to have an aversion to clearly saying no to someone or something. The Japanese word for "no" is "iie", but you'll hardly ever hear it being used in everyday conversation, an interesting trait of the language.

For example, if someone asks, "Would you like another drink?", the other party will usually shy away from saying, "No, thanks," and instead go with, "Daijōbu desu (I'm okay)." This is because most Japanese value keeping the mood amicable, even if it has to be at the expense of not being able to state their intentions clearly.

Master the useful and convenient "daijōbu" for all occasions! 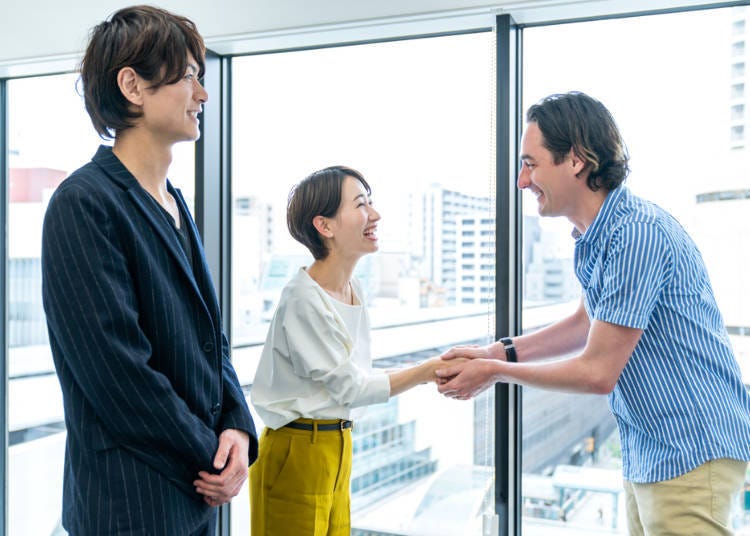 As we've discussed, daijōbu is a phrase that can be used in almost any situation. You'll hear it being spoken everywhere. To figure out how to use it to convey the proper meaning in the right context, we recommend taking into consideration the situation as well as the person's intonation and expression.

The exact workings of this phrase may not fall into place initially, but the more you expose yourself to its usage, the quicker you'll be able to wield it in conversation properly. When in Rome, do as the Romans do, right? Same for Japan! Don't be afraid to use daijōbu when the situation calls for it. It has the potential to make your time in Japan more enjoyable and comfortable than expected!