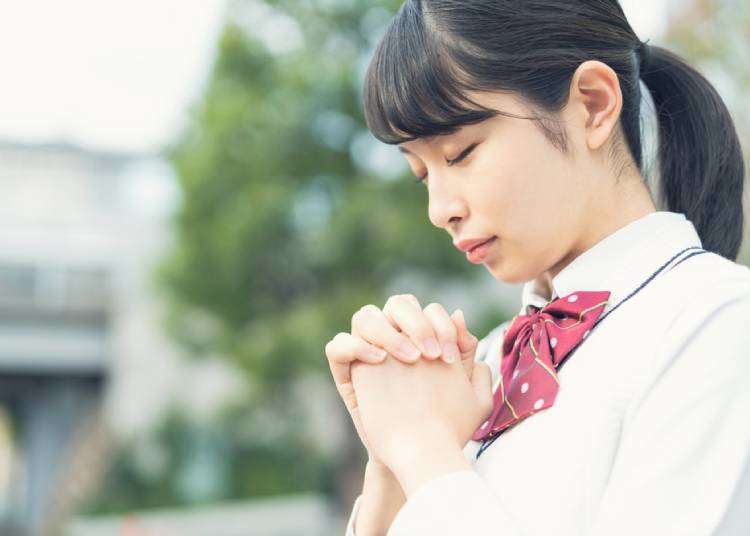 Behind Japan’s Elite Education—Insight Into its System

The “unmoving education gap” has recently become a fairly hot topic in Japan. In a nutshell, a child of parents with a university degree will also graduate from college, while a child of parents who do not have a university degree will also not get higher education after graduating from high school—the opportunities are unfair. 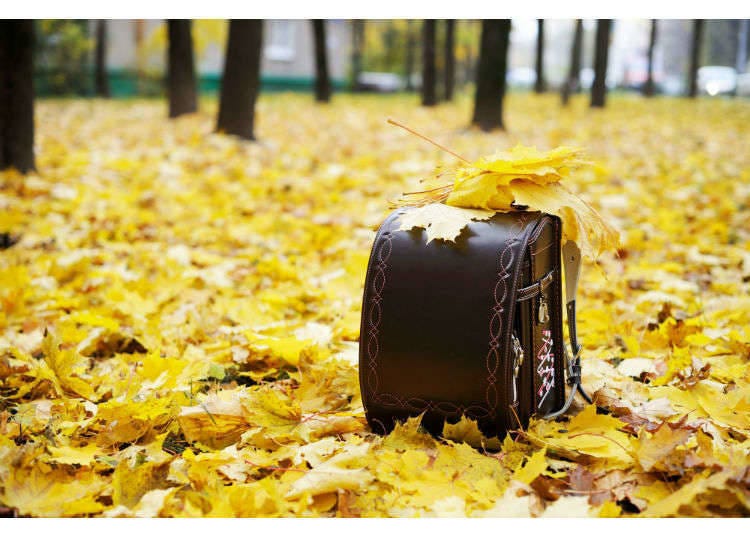 Until the collapse of the Japanese bubble economy in the early 90s, students used to enter public high school after public junior high, and students with superior grades naturally went to college with a prospect of a stable job afterwards. That was the common road of education. Nowadays, however, choices have become a lot more diverse and examination methods much more complicated, and parents have to strategically make their children attain a certain educational background.

So, what kind of choices make parents who want their children to get a good education? This strongly depends on how much emphasis is placed on learning English, whether they live in a rural or an urban area—the educational route of a child changes with these factors. Even Japanese society isn’t sure what can be called "elite" and what can’t, but let’s take a look at what is necessary to be admitted to one of Japan’s top universities (Tokyo University, Kyoto University, Osaka University, and other former Imperial Universities, as well as Hitotsubashi University, and the Tokyo Institute of Technology), national colleges’ medical schools, and upper private universities (such as Keio University and Waseda University).

From Preschool to Elementary School—An Entry Exam for Parents 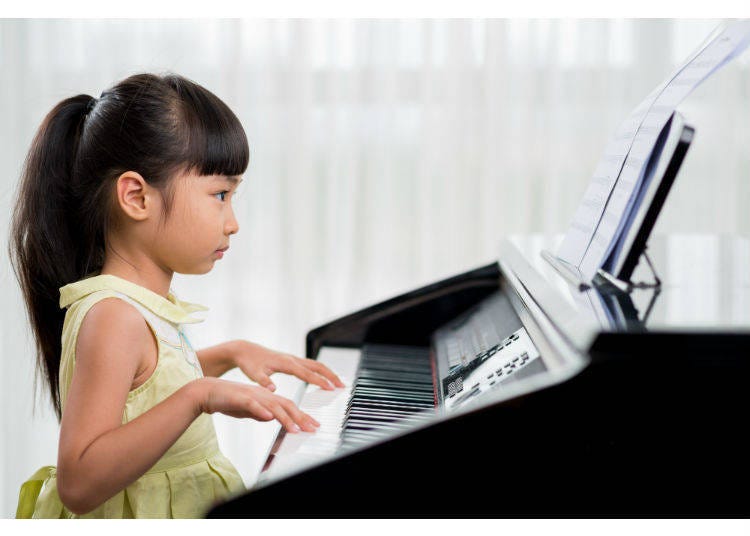 The majority of Japanese children start their educational path from the age of three. Classes such as piano and swimming practice are popular as “classes that Tokyo University students had.” Families that value learning English often choose English preschool or one that features certain English learning materials, bringing their child in contact with the language on a daily base. It is not unusual for these young children to have three or four different classes. 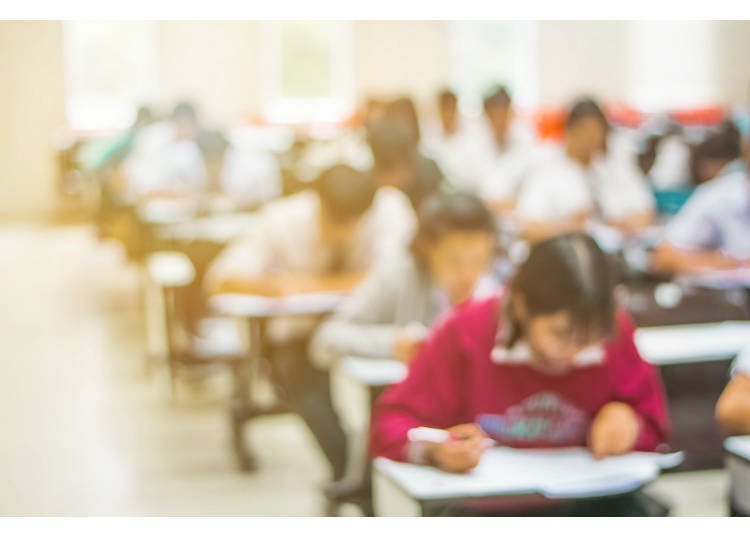 Meanwhile, wealthy urban families and families that place a lot of importance on education face a challenging examination for elementary school as their child turns six. Instead of looking at public elementary schools where students with diverse family backgrounds gather, and an education provided that also fits the needs of children with a lower academic performance (so as not to not leave them behind), parents seek to send their children to an “elite” private elementary school that focuses on a high standard of education.

Entry exams for elementary school aren’t regular tests of kanji and mathematics abilities but instead test for things such as seasonal knowledge with written tests, having the children play in a group to examine their behavior, and having them handicraft to evaluate their comprehensive abilities and hand coordination. Both children and parents are interviewed and strictly judged “whether their families fit the school’s educational policy.” There are even specialized lessons offered for these elementary school entry exams that provide detailed guidance for both parents and their children, as well as lessons on wording and expression, as well as appearance and mannerisms.

Even in Tokyo, the city with the largest number of elementary schools, only 4.9% of children learn at such an elite national or private elementary school, according to a 2015 survey by the Tokyo Metropolitan Government, a number that is astonishingly low. The tuition fee is also extensive—according to a 2014 study by the Ministry of Education, the average cost for the first year of school is 1,863,085 yen—roughly around US$16,600—including tuition fee itself and various other spending, such as donations. Some of those educational institutions are affiliated with universities, such as the Keiyo Primary School or Waseda Jitsugyo Elementary School, and allow direct advancement to these very hard to enter universities.

However, this “educational shortcut” isn’t among the most-named reasons as to why parents choose to take an elementary school entry exam. The main motivations seem to be things like wanting the child to spend time with children from families with a similar background to one’s own, wanting a high-quality education, or elevating one’s own status. This is why there are a lot of parents whose children do not advance from a private elementary school to its affiliated junior high but instead, there are many families that choose to take the hurdle of another entry exam for a unified private school, and yet another difficult entry exam for college.

Deciding on the Route of Elite Education—At the Age of 12? 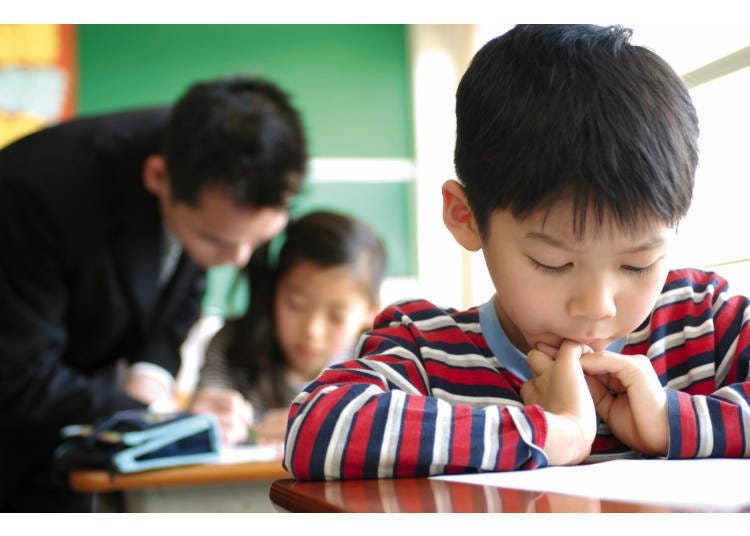 The number of Japanese students who take correspondence courses after entering elementary school or lessons at cram schools—Kumon being the most prominent one—is on the rise. These kind of courses are particularly popular with families that chose a public elementary school, thinking that the education at the school alone is not enough, and are also often used as preparation for junior high entry exams. Families that emphasize English education seek out cram schools for English conversation lessons, and so on. 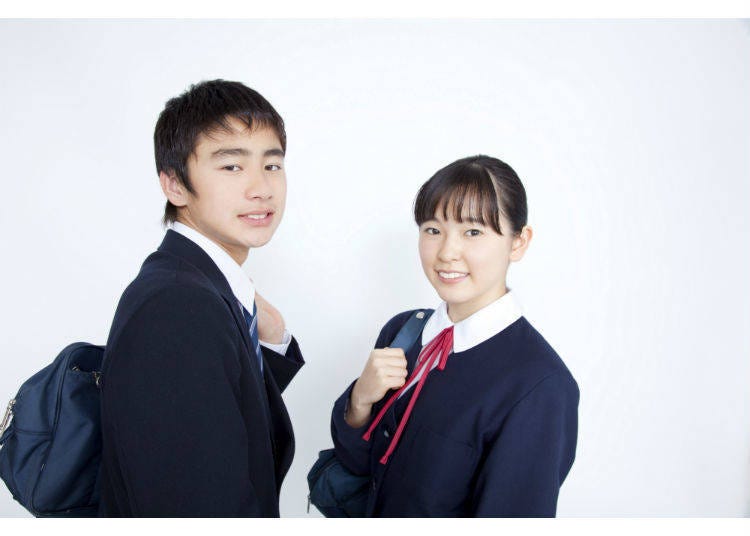 Advancing to Unified Private Schools
For students who aim for an “elite education,” the royal road starts with the entry exam to a private junior high. In the heart of Tokyo, there are many school areas that see an entry exam to a junior high as the standard, and the majority of students there regularly go to cram schools.

Once a student is in sixth grade, cram school lessons are visited 4 to 5 days per week, often lasting past 9 p.m. in the evening—and there are weekly tests as well. This is very difficult to balance with one’s hobbies (the aforementioned piano playing and swimming), and from the sixth grade onward, one’s daily life is all about cram school. There aren’t many schools who have an interview with the students instead of an entry exam, so there is a lot of academic competition.

At unified schools, those that combine junior high and high school, the curriculum advances at a very fast rate and students can focus on college entry exams from their third year in high school. Quizzes take place frequently, and students who do poorly are eligible for supplementary lessons free of charge, so it is relatively easy to prepare for colleges’ entry exams at such unified schools. There are even programs that focus on entering a university overseas, although small in number.

Annual fees for a unified school aren’t as high as those of elementary schools but they aren’t cheap either—around 92,000 yen (about US$820) for the first year, according to the Tokyo Metropolitan Government. Despite the costs, private and public unified schools are becoming more and more common in recent years, particularly in urban areas. Around 20 to 30% of students take entry exams at such a school, depending on the area.

As there isn’t yet another entry exam for high school to prepare for, students can dedicate themselves to their club activities throughout five years. There are institutions for learning foreign languages, well-equipped science labs to perform experiments—unified schools offer a diverse program, suited for the needs of many a student and their family. 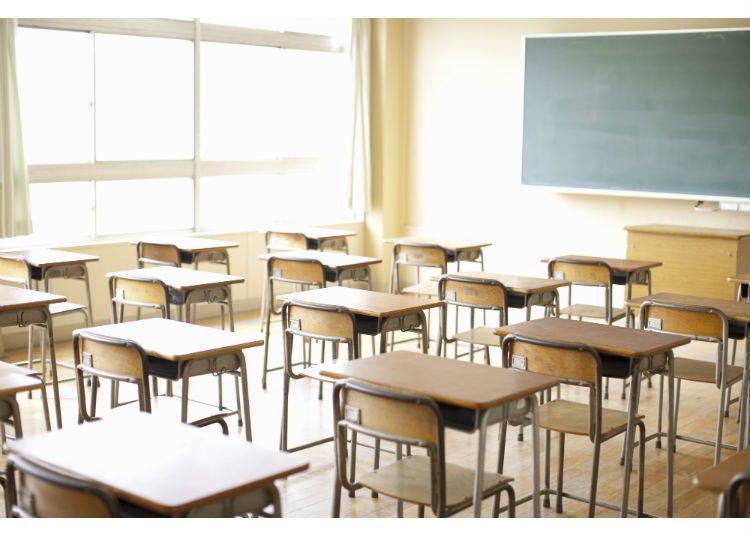 Advancing to Public Junior Highs and High Schools
After entering junior high, the advanced curriculum begins, including full-fledged English lessons. Thus, the scholastic disparities among students start to grow. To pursue an elite education starting from a public junior high, maintaining very high grades is important. The number of students who start to visit cram schools in preparation for their high school entry exam from their first year of junior high—or even from elementary school—is increasing as well.

The system of high school entry exams differs by prefecture, but they do have general points in common, such as the student’s school report (a document with evaluations concerning a student’s grades and attitude towards studying), the interview, and a short essay. This report carries the most weight, so students aiming for an elite high school not only need to have excellent grades and results in their written exams but also need equally excellent evaluations in regards to their attitudes towards classwork, submission of work, active participation in school events, and more. Students who achieve particularly outstanding results in club activities can also enter a high school via a so-called “sports recommendation.”

The number of high school students who apply for the University of Tokyo is the highest each year, but there are also junior highs and high schools who are also consistently at the top of popularity rankings. The path of public junior high → elite public high school → elite university has become a considerably narrow one.

Enrolling at a University—Institutional Reforms promise an Uncertain Future 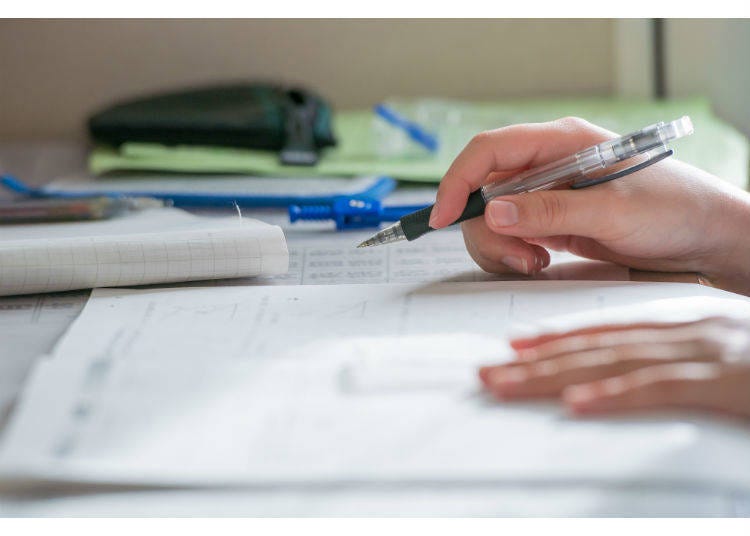 High school students in their third year have to choose their path. Law school, commerce and economics undergraduate departments are said to be the top choices when it comes to the humanities, but disregarding elite universities, humanities are on rather equal footing nowadays. Sciences seem to be closer connected to one’s later career, often directly linked, and the number of applicants to sciences is on the rise.

Furthermore, the majority of famous private universities concentrate in certain areas, such as Tokyo and Kansai. A lot of young people move to Tokyo to attend university, living by themselves, but the burden of expensive living costs is a heavy one in addition to the tuition fee. In Japan, even scholarships are basically a loan and thus need to be repaid at some point, adding yet more financial pressure. This naturally leads to many a student not seeking higher education at all, which is another major problem for fixing the education gap.

From 2021, the entire system of entrance exams to Japanese universities will change significantly. The classic National Center Test for University Admissions, a standardized multiple choice test which is taken into account by a lot of both public and private universities for applications, will be abolished entirely. It will be replaced by a test that measures a student’s knowledge and a test that measures critical thinking, judgment, and ability of expression. English skills will no longer be evaluated only in regards to reading and writing, but instead by listening, reading, talking, and writing.

These reforms are a response to the lack of active learning with a connection to “living ability” (a term that hasn’t been elaborated on as of yet), and English communication skills are lacking in Japan’s curriculum up to high school, among other things. The details of this reform and the tests haven’t been disclosed yet, however. The main theme is to evaluate a large number students impartially.

This also means that the curriculum of junior highs and high schools will change, in accordance with this new entry exam system—there are a lot of changes on the horizon, and Japan’s elite education itself clearly is in a period of transition.