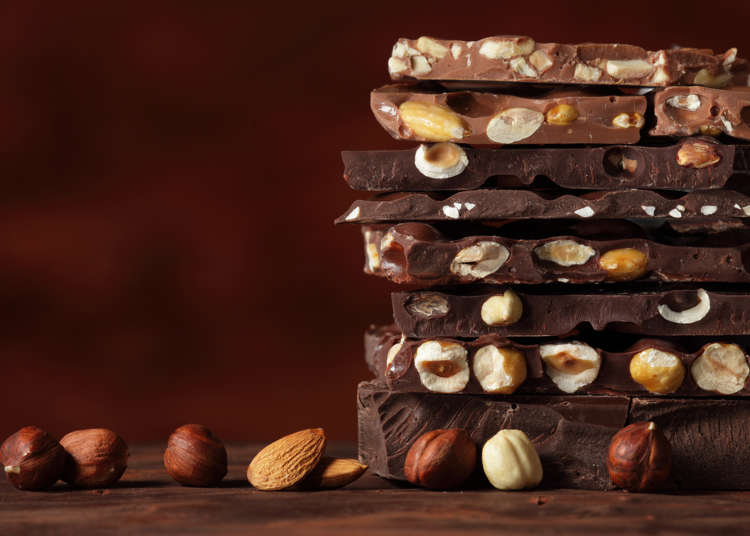 From Chocolate to the Knife Blade: Japanese Stationery with International Roots

With an incredibly large amount of all kinds of stationery that are very high in quality as well as handy and fashionable in design, Japan can easily be called the “Stationery Kingdom.” The world of Japanese office and school supplies is so large, you’ll be surprised to find one gadget or another that you’ve never seen before.

While the majority of stationery sold in Japan was thought of overseas, in all kinds of different countries, various things keep being enhanced by Japanese ingenuity, in a basically endless pursuit of usability, convenience, and design. This is also a reason why one of Japan’s many nicknames is Stationery Kingdom. Let’s take a look at the most ingenious stationery creations, based on day to day products that are known throughout the world but have been enhanced to “version two” in Japan.

Mechanical pencils, masking tape, or aqueous markers: they all have an interesting history of origin along with their more handy side, so let’s dive right in!

The Mechanical Pencil: A Multinational Endeavor 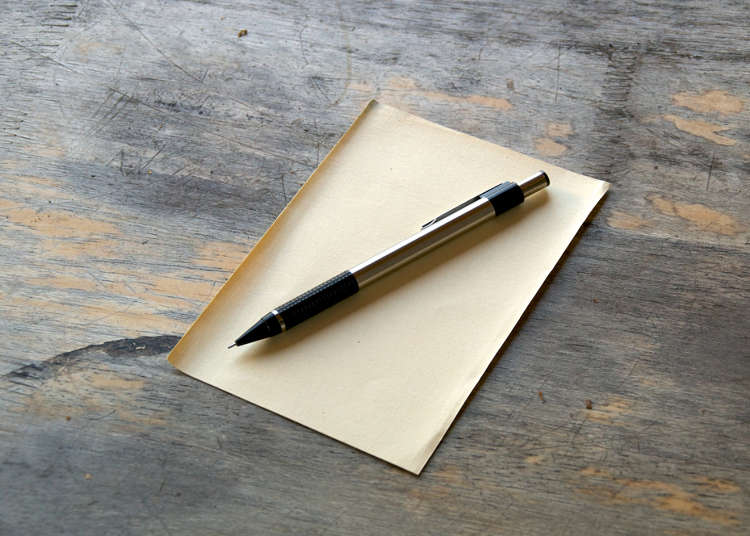 The wonderful mechanical pencil, used by offices and artists alike, was patented in 1822 by two British men, John Isaac Hawkins and Sampson Mordan as a co-created invention.

It was around 1877 when the first mechanical pencils began to be imported to Japan. In 1915, the British invention was improved by a company then called Hayakawa Metal Industrial Laboratory, which enhanced the internal mechanisms of the pen and it became an instant success in Japan. This is where the mechanical pencil’s other name comes from: propelling pencil.

After further enhancements that centered on a smaller core, the company renamed the pencil to “Ever-Ready Sharp Pencil” – and Hayakawa Metal Industrial Laboratory, founded by the same-named metal worker Tokuji Hayakawa, got a new name as well: Sharp.

Until around 1955, the mechanical pencil kept using Sharp’s initial extension mechanism which extends the lead via a small screw. All of a sudden, however, knock type pens became more and more popular and replaced the old extension type as the new mainstream mechanical pencil standard. Knock type refers to the kind of pencil that is handled by pushing the button to extend the lead. Fun fact: the knock type was invented in the States by Charles Rood Keeran roughly around the same type as Sharp’s screw-based pen.

Interestingly enough, it was falsely proclaimed in 1960 that a Japanese maker had come up with the knock type pencil, because in Japan, no one knew of Keeran’s patent of 1915.

Sharp’s screw-based mechanical pencil is a unique success story of how a British invention was enhanced by a Japanese company that would become a global player decades later.

The Plastic Eraser: Born from Coincidence 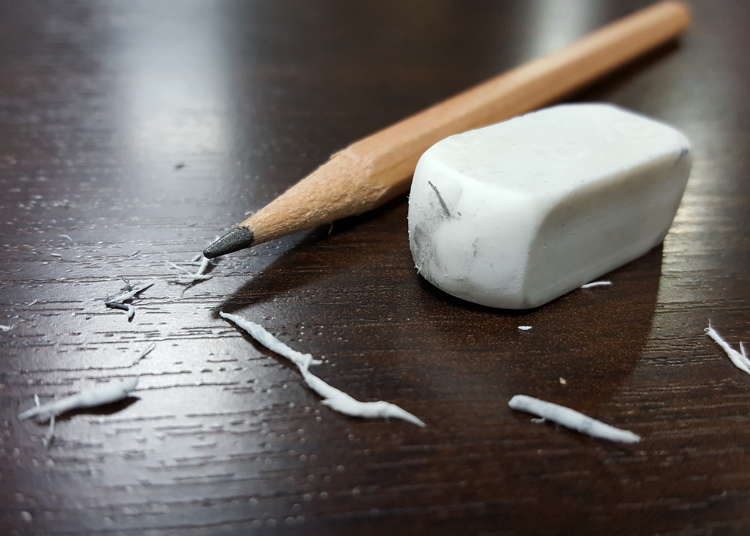 The next Japanese enhancement in the world of stationery is yet again from the United Kingdom: in 1770, a famous British chemist called Joseph Priestley made a note of the excellent erasing quality of what he called vegetable – actually, he had just discovered the rubber eraser.

Once again it was during the Meiji Era when this little erasing helper was brought to Japan. In 1886, Japan’s first domestic eraser production began in Tokyo.

So how did this lead to the first plastic eraser? It was actually discovered by an engineer who studied the different properties of vinyl chloride in a trial and error method and one day, while writing down his findings, he didn’t have an eraser at hand. Instead, he reached for a small piece of vinyl chloride right next to him.

Purely by chance, he realized that this piece he had reached for actually erased much more than natural rubber. The story spread rather fast and various companies took it upon themselves to produce vinyl erasers, also known as plastic erasers.

Among them was Seed Gum Industries, today known simply as SEED Co.,Ltd., a company that succeeded in created a soft vinyl chloride resin which was even able to erase ink and quickly patented the process of making this very resin. In 1955, the first plastic eraser as we know it today was finally born.

The immense erasing ability of the plastic eraser has conquered the world figuratively in the blink of an eye. It’s a bit hard to imagine that such a standard stationery product was born merely by chance, in a small factory in Tokyo. If it wasn’t for this little coincidence, would somebody else have invented the plastic eraser or would the world only know its rubber brother today? 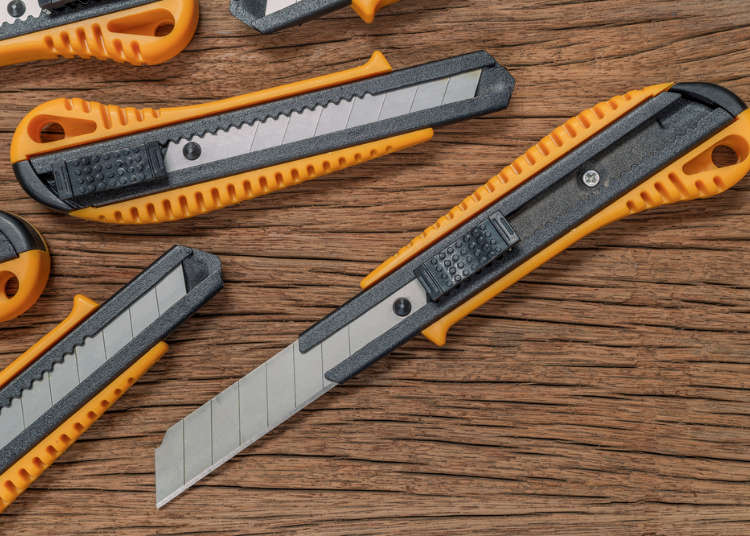 Essential in every office – and quite a lot of other places – the cutter knife, or snap-off blade utility knife, is a genuinely Japanese stationery invention. It was created by Yoshio Okada, the founder of Olfa Corporation, as a knife that retained its initial sharpness until the very end by breaking off small partitions of the blade once they become dull. It is said that he came up with this idea in the 1950s when he was working in a printing business and thought: “I’d love to have a knife that lasts long and can cut paper easily.”

One inspiration for the cutter knife were the paper makers of old who cut their paper with sharp pieces of broken glass. The second one, however, is much more unlikely: Mr. Okada took inspiration in partitioned chocolate bars that the occupying US forces brought with them – the “crack!” of the chocolate became the “crack!” of the cutter knife’s snap-off blade. The first prototype was created in 1956.

However, no company in Japan was interested in the idea of mass-producing Mr. Okada’s idea and so he founded Olfa, his own company. As gradually as his snap-off blade cutter knife conquered Japan, it also spread throughout the entire world.

By the way: the angle at which the blade is broken, as well as the blade’s size, are standards used worldwide. Both of them have been set by Olfa. The snap-off blade cutter knife is a wonderful example of how Japanese ingenuity had a major influence on global stationery. 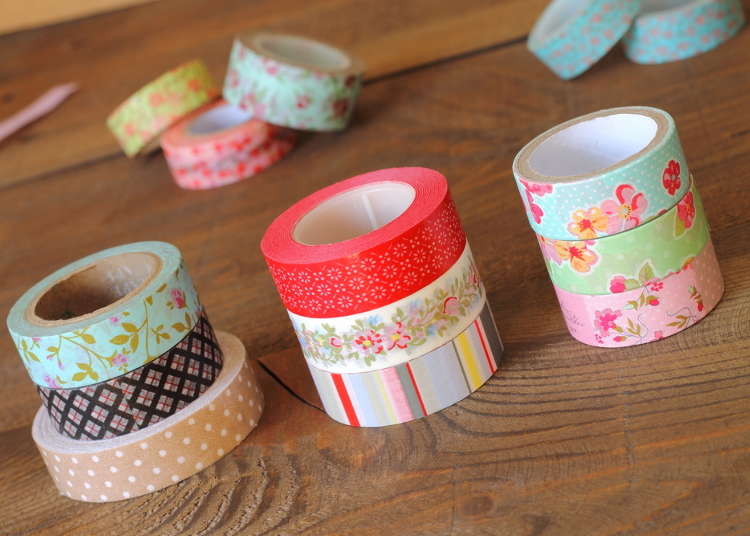 Everybody knows what masking tape is and pretty much everyone uses it in their day to day life. The extremely handy pressure-sensitive adhesive was created by Richard Drew in 1925, an employee of the company 3M.

In Japan, however, masking tape has gone a rather different way. In 1938, the Japan Adhesive Tape Corporation, now known as Teraoka Seisakusho, started to produce masking tape made from Japanese paper for gunpowder packaging.

Recently, the classic masking tape has undergone a beautification and in shops all around Japan, masking tape with colorful patterns and prints can be found. This kind of adorable adhesive is often used for artistic and crafty purposes and has set a new worldwide standard when it comes to stationery. 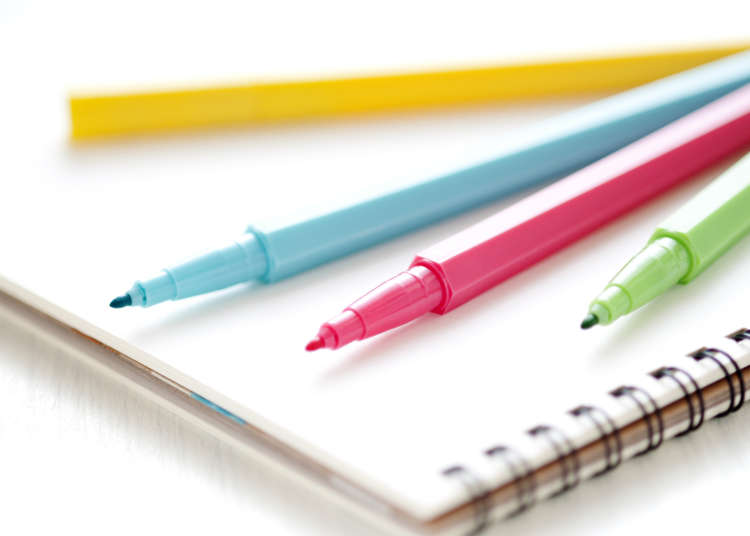 Did you know? The permanent marker was born in the United States but the aqueous marker is a Japanese creation! The former was invented during the Second World War and began to be sold in Japan in the year of 1953.

The permanent marker is well known for its amazing feature to be able to write on pretty much any surface, such as glass and metal but has the disadvantage that it bleeds through paper. While the classic permanent marker was, of course, widely used in Japan, a company called Pentel tried to get around the paper bleeds and released their “Pentel Felt-Tip Pen”, a water-based marker.

Surprisingly, the felt-tip pen sold rather terribly in Japan and it wasn’t until it was picked up at a stationery international trade fair in Chicago that it became a massive success. And its most famous patron? None other than American President Lyndon B. Johnson, who ordered 24 dozen felt-tip pens, a total of 288 markers, after discovering their existence.

Reported as “The President’s Favorite Pen” by American media, the Japanese company experienced a large order rush from the States. Ever since then, the felt-tip marker is a standard of stationery goods all around the world.

By the way: while the Japanese term for the marker, “sign pen”, is a registered trademark of Pentel, numerous manufacturers keep on creating their own aqueous markers under this very name, which has become sort of an umbrella term.

Were you surprised by one or the other Japanese enhancements? The majority of these stationery products are standard equipment in our day to day lives, so we hardly think twice about them – and yet, it’s interesting to know the history of the things that we regularly use. Want to get your hands on some of the goods we introduced? Stationery can be found in pretty much every Japanese department store or supermarket, abundantly available and in a lot of different designs!