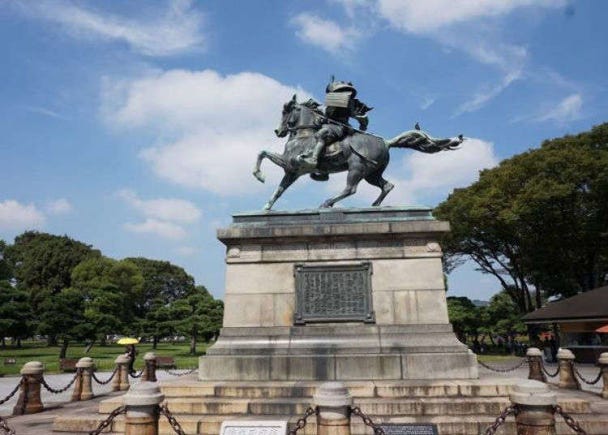 A thorough look at the sight-filled Imperial Palace

If you are sightseeing in Tokyo, the Imperial Palace, which is the residence of the Emperor, is a must-see spot. Since it is rather large, knowing the appealing points in advance will make the tour more enjoyable. 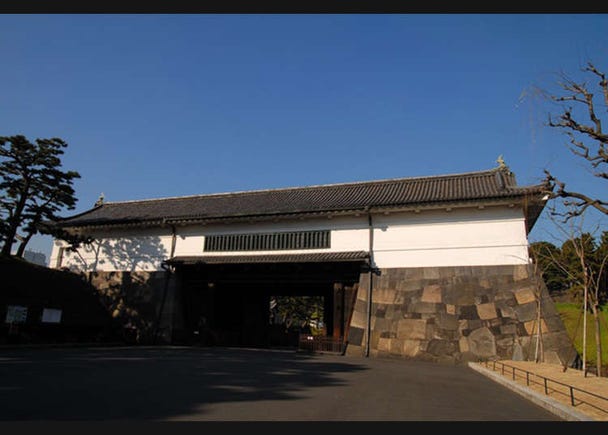 The imperial palace was in Kyoto for a long period. It is now called Kyoto Imperial Palace. Because of modernization in Japan, the shogun (general) who had ruled the country since the 16th century left the political post and surrendered Edo Castle. In 1869, the emperor moved in from Kyoto and made the Edo Castle home. Afterwards at the imperial palace, the gosho (the historical title for the residence of the person of high rank) which was the residential space for the emperor and empress, the palace to carry out various events and the government office building for the Imperial Household Agency were made. If you are to visit the Imperial Palace, you can have a smooth tour by firstly walking along the general visiting course, and then going to the East Gardens of the Imperial Palace.

How to make applications for the visit

If you plan on visiting the Imperial Palace, you must not forget to apply for the visit. If it is only the East Gardens of the Imperial Palace, you can have a look without a reservation. But if you are going all the way there, you might as well have a fulfilling tour including the general visiting course. Please make reservations at the "Application for visit" page of the Imperial Household Agency website in advance. Other than applying on the internet, there is a way to apply directly at the window in charge of visitings at the management section of the management division at the Imperial Household Agency. 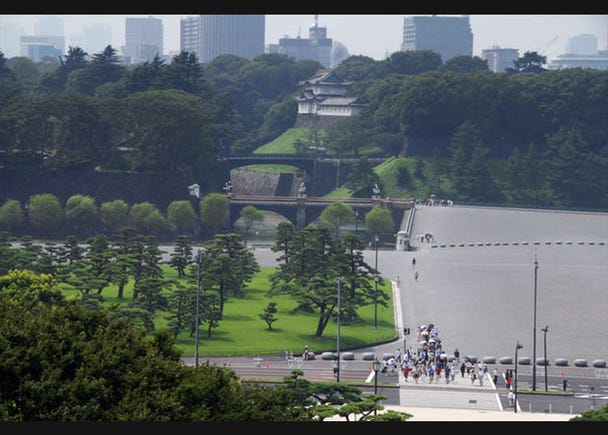 The general visiting course starts from Soumeikan, which is 10 minutes walk from Otemachi station and Nijubashi station on the Tokyo Metro line and 15 minutes walk from JR Tokyo station. The route is set to a course which is easy to walk for the visitors, starting from the building of the Privy Council of Japan followed by the Fujimi-yagura, Hasuikebori, Fujimi-tamon, the building of Imperial Household Agency, Imperial Palace Grounds, the palace, Nijubashi, Fushimi-yagura, and Yamashita street. It takes about an hour and 15 minutes, and the route is about 2km long. You can also buy rare souvenirs which are only sold to the visitors of the Imperial Palace. 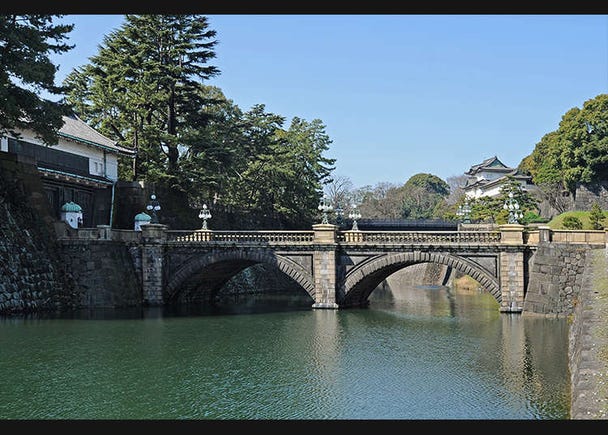 There are many sight-seeing spots in the Imperial Palace, but Nijubashi is the most popular. The gallant appearance of the stone bridge of the Imperial Palace Main Gate with Fushimi-yagura at its back makes it a perfect photographic spot. This name (meaning "double bridge") is said to come from the original double structure in 1614. It is a beautiful bridge with creatively artistic Western architecture design.

The East Gardens of the Imperial Palace 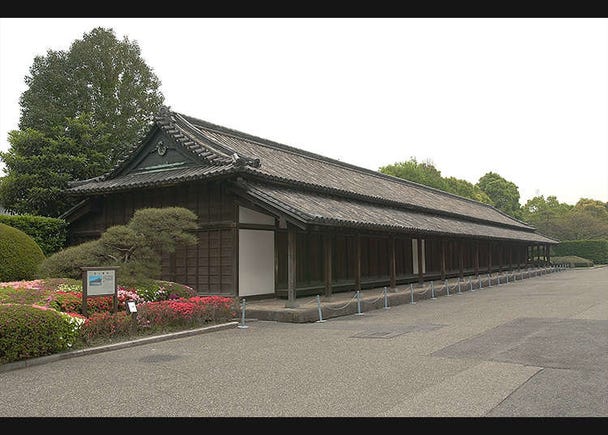 After the general tour, one should visit the East Gardens of the Imperial Palace. It is free to enter and you can look around freely, but they have closed days such as Monday, Friday and the New Year's holidays. Please check before you set out. There are various sight-seeing spots in the East Gardens such as the Honmaru part of the Edo Castle ruin, the Ninomaru garden and the Museum of the Imperial Collections. A plain looking yet interesting building is the Hyakunin-bansho (the facility of 100 guards). This Hyakunin-bansho is the largest checkpoint of Edo Castle which leads to Honmaru and Ninomaru, and 4 groups of gatekeepers called Teppo-hyakuninkumi (literally "100 firearms men") used to guard it working in shifts of day and night.

Leisurely over a whole day 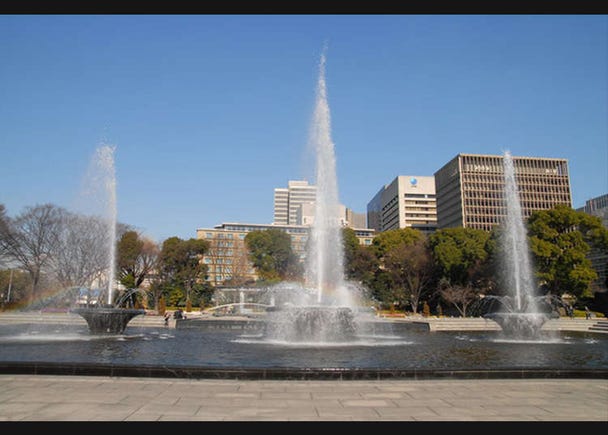