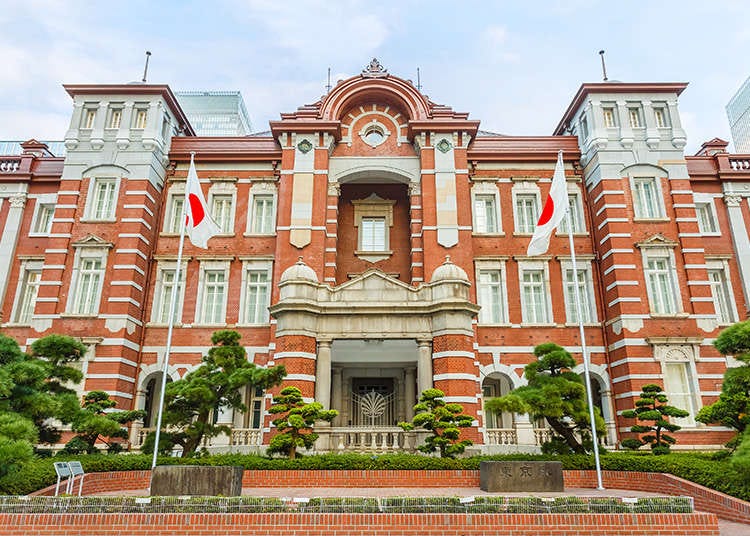 The Marunouchi station building at Tokyo station was renovated to its original state after preservation and restoration works were completed in October 2012. Make sure to stop by and take a picture of the red brick station building to commemorate your trip. 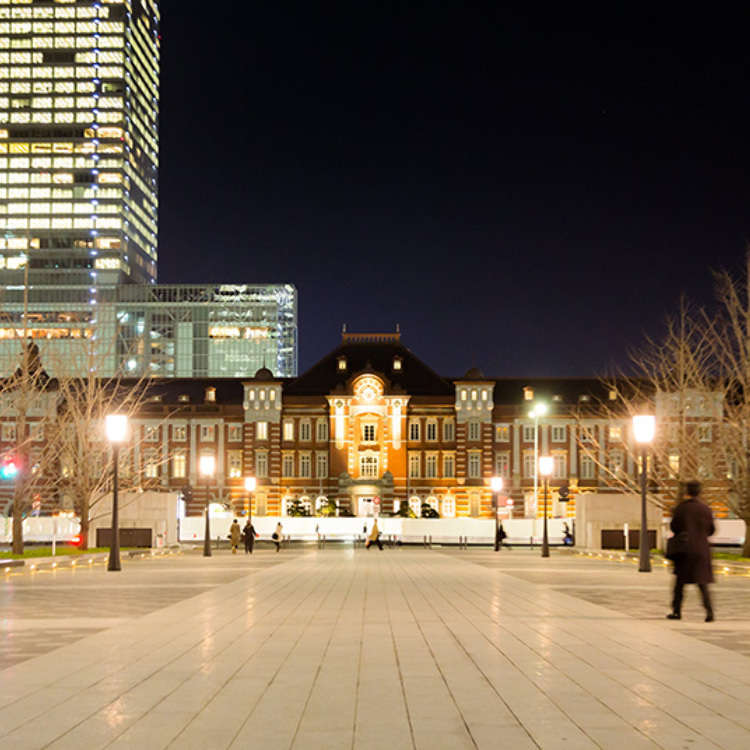 The Marunouchi station building at Tokyo station looks the best when pictures are taken from the front. Go to the central front gate if you want powerful images of the station building. Try standing in the center to take a photo as this building is symmetric. Also, a picture with the ginkgo trees that line up along "Miyuki-dori", which links the front of the station and the Imperial Palace, is also an amazing shot. Try to get your picture from 11:00 a.m. to 2:00 p.m. while it is still bright. The illuminations on the station building are also attractive at night.

The Symbolic South and North Domes 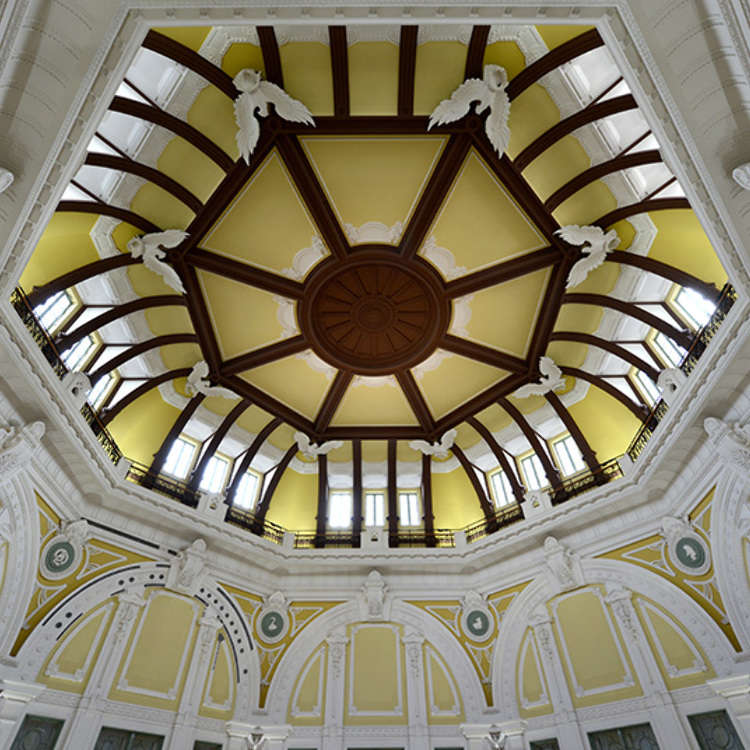 An attractive point about the station building are the South and North roofs. Each concourse at the south and north exits at Marunouchi station are dome-like, and if you look up, you will see a bright and colorful ceiling over your head. First, stand in the center of the open area and take some photos while looking up. Next, use the zoom function and take some photos of the stone murals. Every corner of the octagon-shaped ceiling space under the dome roof has an eagle looking to the left, which was restored to its original design. There are also stone murals of 8 animals to represent the 8 directions further out from the eagles. Don't forget to capture a picture of the beauty of formative art.

Nijubashi at the Imperial Palace 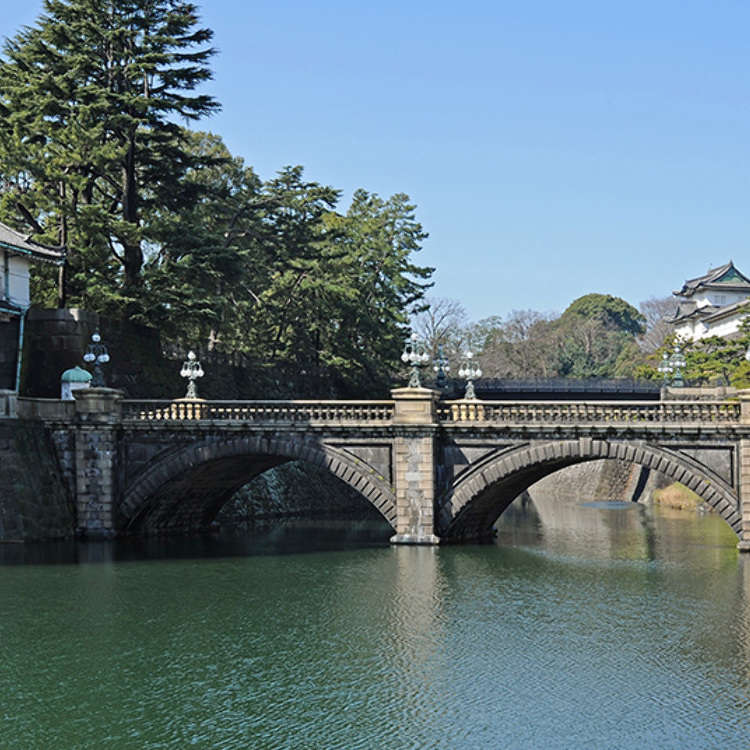 The Imperial Palace consists of a gosho (the palace where both the emperor and empress reside), kyuden (Imperial Palace), and chosha (office). It is a 15 minute walk from Marunouchi central exit at Tokyo station, and the Imperial Palace East Garden and Kokyo Gaien (a large park located near the Palace) are free to enter. The recommended photo-spot here is at Nijubashi. Nijubashi refers to two bridges built over the open space in front of the Imperial Palace that leads into the palace itself. If you look over Nijubashi from the open space, the bridge looks like a pair of spectacles as the bridge is reflected in the water. As such, it is commonly known as "Meganebashi" (spectacles bridge), and is a famous spot for commemorative photos. However, if you want to go past Nijubashi, you will need to go submit some paperwork in advance.