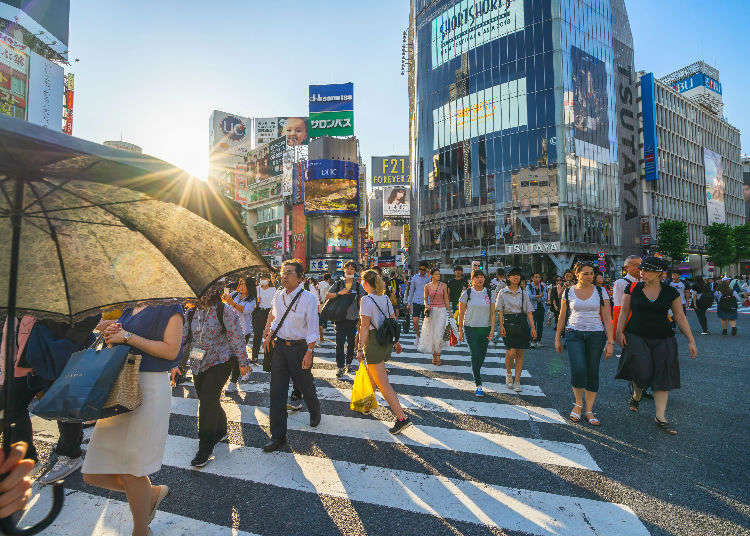 Is Japanese a Vague Language? Unraveling the Truth

Japanese is a mysterious language. Everything depends on how something is written, the “feel” and “flavor” of a text as it is conveyed to the reader change by the character information. Indeed, among the languages of the world, Japanese stands out as being somewhat complex. Three kinds of syllabaries called kanji, katakana, and hiragana, are used for the same language, on top of the necessity of the keigo classification of honorifics. There are a large number of homonyms, and even pronunciation may sound similar, the meaning depends on the context, the setting, and the characters used.

The Root of the Peculiarity of Japanese 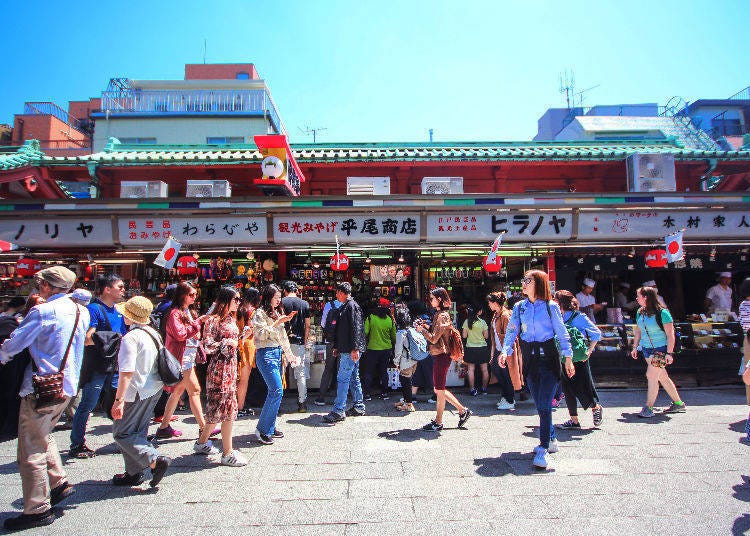 For the most part, kanji and hiragana are used for a Japanese origin, while katakana are used in the case of expressing a foreign origin. The diversity of these language types is what makes Japanese one of the “most unique languages in the world.”
Compared to English, for example, the strength of the tone of voice and nuances can basically only be crafted through grammar and precise words. In Japanese, skillful manipulation of these three syllabary types makes it possible to influence how something is received. In other words, Japanese is a language in which there may be a big difference between the information that is transmitted and the information that is actually heard – Japan is a high-context culture.

Diversity of Expression in Japanese: Words Based on Situation, Feeling, and Point of View 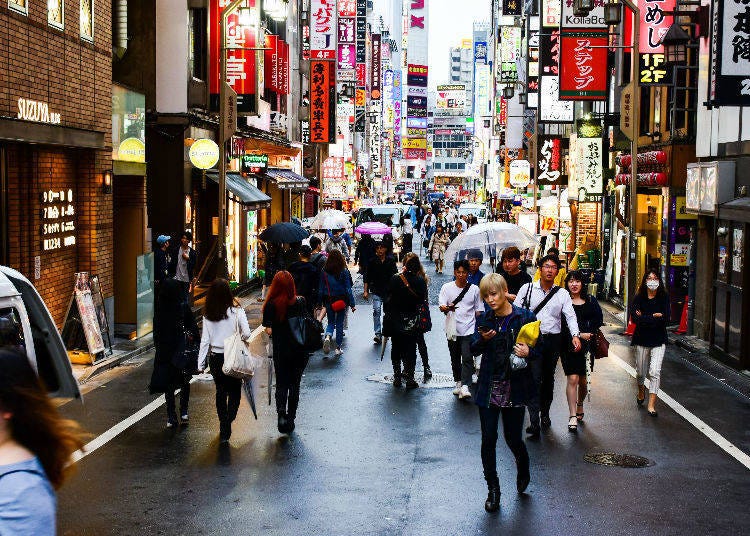 Watashi means “I” in English, and in the latter language there is basically no other word referring to oneself beyond than this. In Japanese, there are watashi, atashi, uchi, ore, jibun, boku, tōhō, kochira, and others that can be used to change the impression of yourself that others get. If you write, using hiragana or katakana further has a big impact on this impression. Furthermore, the person you are facing can be addressed with anata, kimi, omae, and so on, each imparting a sense of the relationship between speaker and listener.
The methods of expression in Japanese clearly has the nature of being spun into fine nuances and peculiarities as well. The end of a word can change everything and make all the difference, adding a smooth sound, a polite nuance, an adorable note, a diplomatic tone, and even altering the meaning itself. 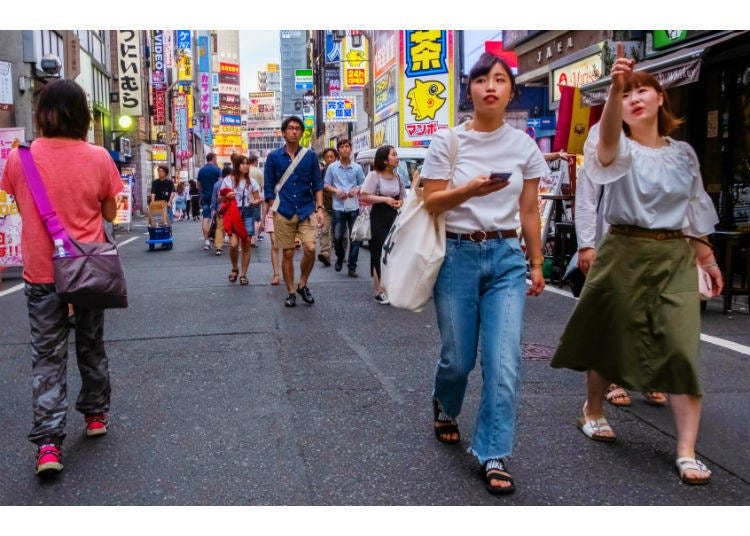 For example, imagine if you have an orange in your hand and you’re asked by someone: “What is that?” The impression of the answer changes in a diverse manner, depending on who the speaker is and who asked the question.

Every sentence has exactly the same meaning, but changing the ending adds an entirely different impression.

Japanese Uses Different Synonyms Depending on Dialogue Partner and Situations 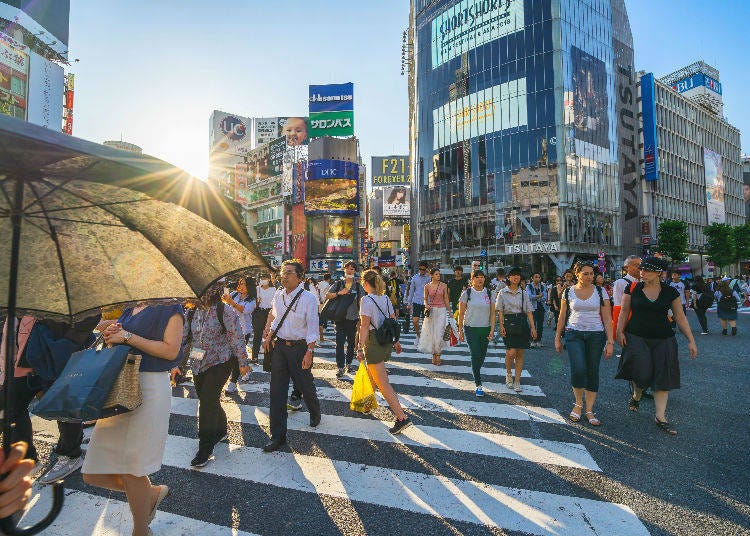 Japanese has a lot of expressions that share the same meaning. There are also words that have a lot of meanings by themselves, to the point where it might just be the most confusing language on the planet. Taberu (“to eat”) is a good example. “To eat” can be also expressed by using shokuji suru or kuu. These words have linguistic differences and range from casual to polite. There are numerous words for “to eat,” including honorific expressions, that are used depending on the dialogue partner and situation, such as meshiagaru or itadaku. Even the simple action of eating requires a choice of word depending on the situation in Japanese. If the person you talk to is a superior and you want to encourage them to start the meal saying tabete kudasai, you’d use meshiagaru instead and say meshiagari kudasai. On the other hand, if you’re the one eating, you use itadaku and say itadakimasu. 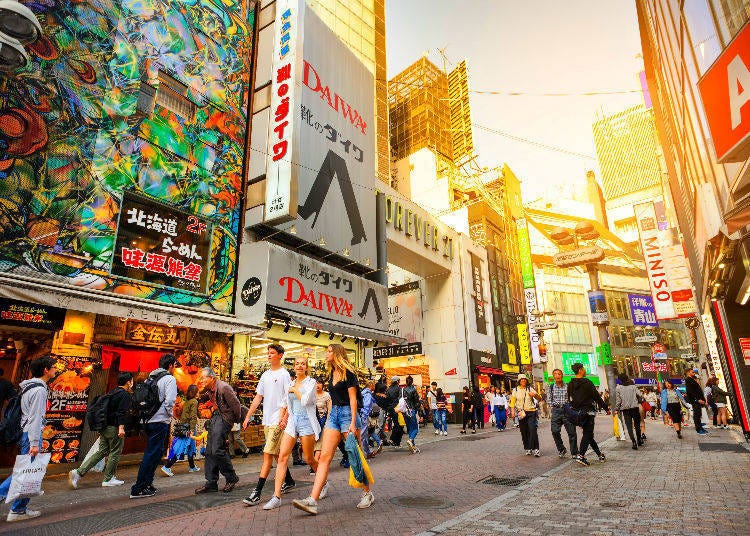 English also has synonyms for “to eat,” such as “have,” “take,” “dine,” and so on. They basically all have the same meaning and can be used temporarily depending on the setting and preference. Even if there is this distinction, the change will still only be with the grammatical tense, such as “ate (past tense),” “eating (present participle),” and so on. Besides that, the change depends on third parties other than the speaker and listener (when “eat” becomes “eats”) or the singular and plural of something.
If we compare the structure of the English language with Japanese which, opposed to English, uses different words depending on who the dialogue partner is, we can understand how diverse the Japanese language is.

So, how does English produce a wide range of expressiveness? One way is with phrasal verbs. Let’s take the example of “tired.” If we add “of” to the word, we get the phrase “be tired of” which is expressed as unzari suru in Japanese. Just “be tired” means tsukareta in Japanese, but adding “of” turns it into an entirely different expression. Of course, it can be used for any kind of unpleasant situation.
English has a lot of idioms of verbs plus adverbs and prepositions, but it uses the alphabet and hence is restricted to 26 letters. It is likely that a lot of words were born by using words that were already there, expanding the language through vocabulary and idioms. The difference is noticeable when comparing that to Japanese, which has three systems at its disposal: hiragana, katakana, and kanji (of which there are about 2,000). Comprehensively speaking, no language is superior or inferior when it comes to the expressiveness of its words and phrases, but because Japanese has such various methods of expressions, it is able to avoid being too direct and instead of expressing something in a roundabout way.

Japanese is a Language of “Deception” 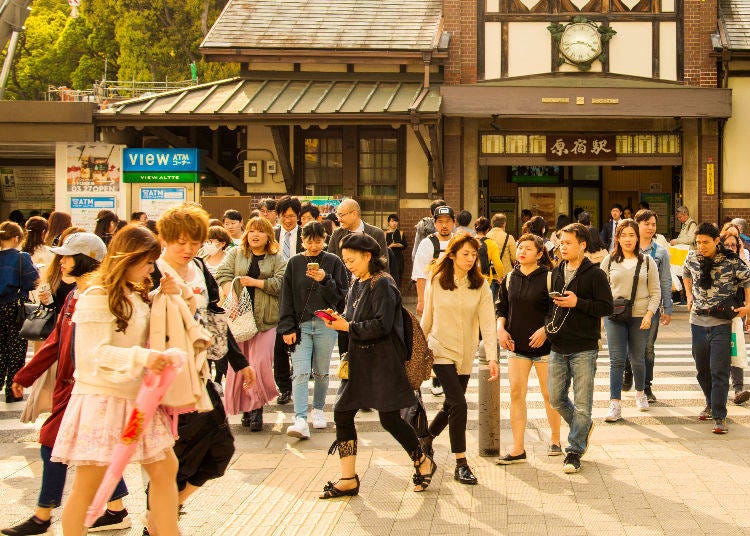 Japanese is a language that features conversations that can take place entirely without a subject. In addition, the speaker avoids taking responsibility by not making clear who or what the subject is and ambiguous expressions such as ka na or dakedo at the end of a sentence further help to make a statement an assumption rather than an assertion. In Japanese, this plays a big role in conversation and communication, “reading the air” is a major factor and these ambiguous expressions are even important for interpersonal relationships.

Here’s an example. Person A is thinking of going to Osaka for the first time and wants to ask others about their opinion, so they approach Person B. Roughly translated, a conversation in Japanese between the two of them would sound like this:


A: “Thinking to go see xyz in Osaka; ever been there before?”
B: “Yes, and thought it was kind of fun. Suppose it maybe depends on what you like; not really sure if you would find it enjoyable or not.”

Such ambiguous expressions are, of course, part of other languages such as English as well. In Japan, however, rather than focusing on “the individual character of a person,” it seems to be part of the national character to “not be responsible for one’s words and use ‘insurance’ terms.”
In the conversation given as an example above, Person A asks a friend to help with their decision, but in Japanese, the entire conversation progresses naturally while omitting the subject entirely. Person B is in the situation of wondering: “Who goes to Osaka?” In that sense, Japanese is a mysterious language. 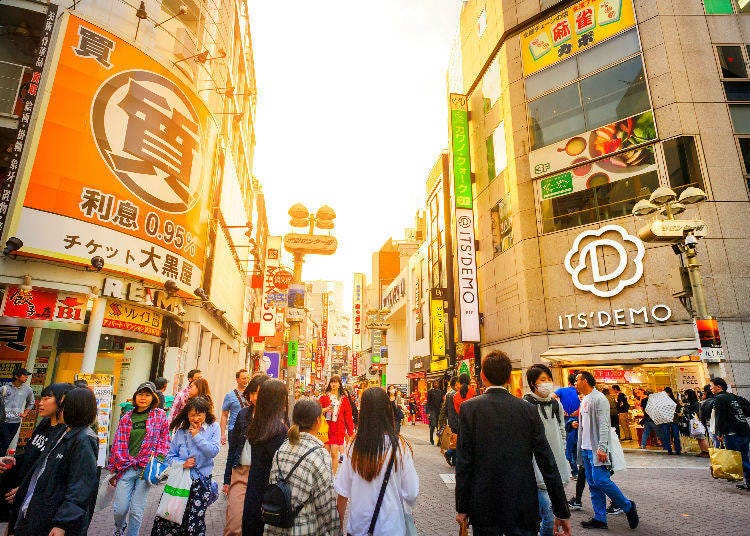 The stance of “always acting with the awareness that one’s surrounding is watching” is a remarkable characteristic of the Japanese people, and makes this linguistic expression even more solid. If by any chance “the information you convey leads to trouble or a mistake, it is important to not disappoint your dialogue partner,” so it is common to use expressions that indicate “that you are not 100% sure” as a form of deception.
Furthermore, there is another aspect of “when talking straight, even when you speak with pride while paying attention to the other’s facial expressions, the end of the sentence will still be a hint of denial or ambiguity to weaken previous words.”
Japanese politicians also can be seen using these sort of ambiguous words, mystifying their expressions so that there seem to be differences regardless of the listener’s “interpretation.” That leaves them with several options on how to act or how to make decisions.

The English language, on the other hand, is very logical. There are a lot of grammatical rules that Japanese does not have, such as sentence syntax, plural (“do,” “does”), articles, (“The,” “A”), and so on. Disregarding these rules, the meaning might be entirely different from the one originally intended, and in some cases, nothing is conceived but the mere fact of the wish to communicate. However, when it comes to determining who was wrong in what way in a conversation, it can be said that “the responsibility for a misunderstanding while communicating” is made very clear when compared to Japanese.

In Japanese, the Point of an Argument Comes at the End 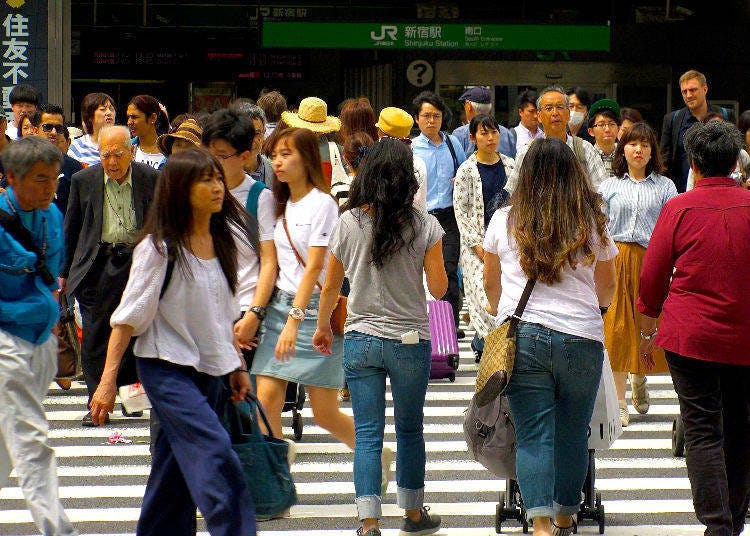 Imagine a situation in which you have to talk to a colleague about the progress of creating documents that you were tasked with.
“It seems that the documents should be finished by tomorrow...” And from that point, you can add “I don’t think that...” at the end of the sentence in Japanese, completely negating what has been said up until now. This confusing aspect is what makes deception easy in Japanese.
In English, such a negation is typically at the beginning of a sentence, starting with “I don’t think that...,” immediately conveying the intent. In the Japanese sentence structure, however, this is possible because verbs are at the end of a sentence.

The Culture of the Japanese Language’s “Holding Back” 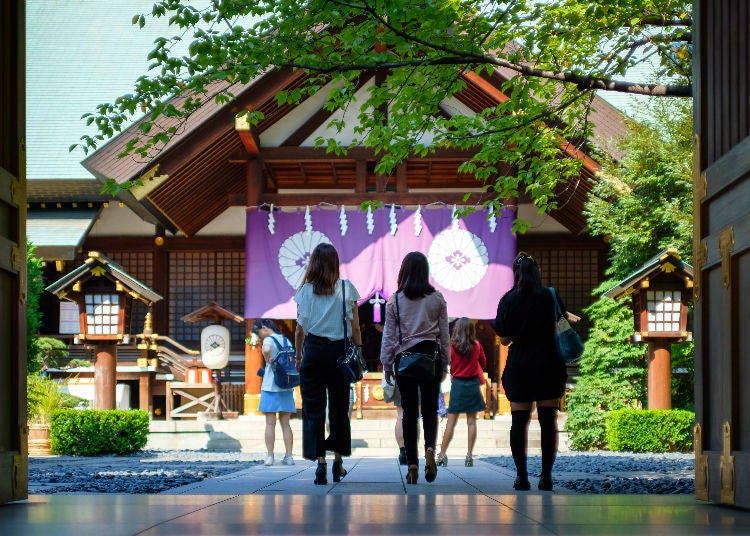 In Japan, interpersonal relationships based on words only, such as conversations, read the atmosphere to take the dialogue partner’s intention into account, so confirming this directly is sometimes considered as insignificant.
For example, when given only one piece of information, it is natural to hold back according to the setting and to, for example, conceive 10 things that are likely to occur right now or in the near future regarding the speaker. Depending on how this is interpreted, these ambiguous words can lead to the point of view of “Japanese people do not always express things directly.” It seems that this culture of “holding back” and not telling everything explicitly is deeply rooted in Japanese culture since ancient times, creating complexity and ambiguity. 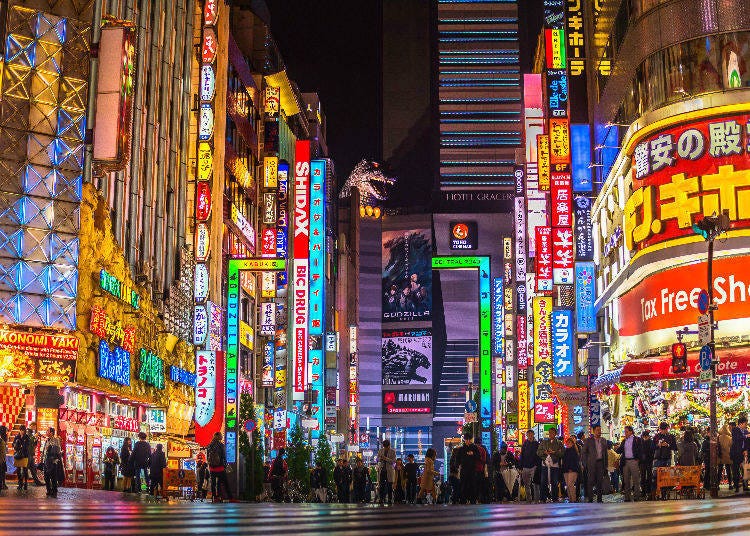 Japanese people generally act based on the perceived (or actual) relationship and power distance vis-à-vis the other person. This may have developed Japanese into a language that is ambiguous and diverse. Rather than everyone telling their thoughts and impressions, Japanese weave their language based on the feelings of dialogue partners every day, so as not to intentionally be ambiguous or complicated.