HOME Tokyo and Surroundings Tokyo Shibuya 'What's in Shibuya?' 5 Ways the Shibuya Area Is Way Different From What Tourists Expected 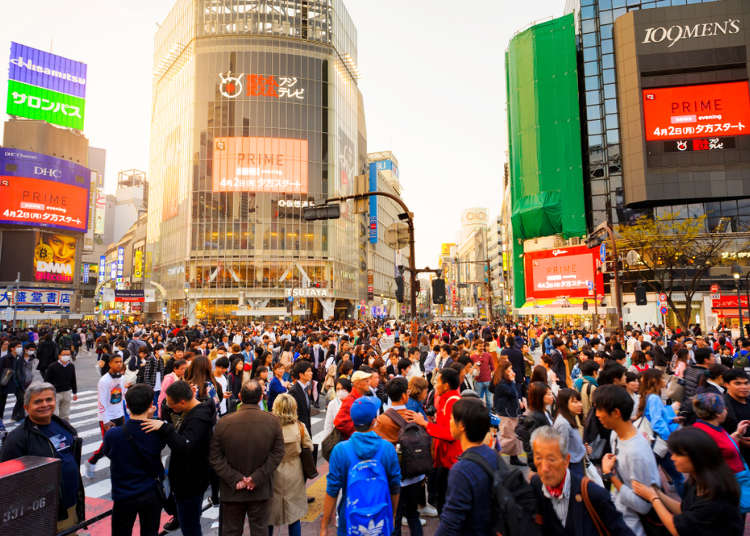 'What's in Shibuya?' 5 Ways the Shibuya Area Is Way Different From What Tourists Expected

Shibuya is one of the world's leading tourist destinations, well-known as the birthplace of the latest and greatest in popular trends. But really, what's in Shibuya? What do most foreign visitors think about this iconic and beautiful modern city that's often seen in feature films and TV shows, before and after they visited?

To find out, we interviewed five "Japanophiles" who are either residing in Japan currently or visit the island nation regularly to hear their thoughts about what's in Shibuya what shocking things they found out about the area when they actually stepped foot onto it! 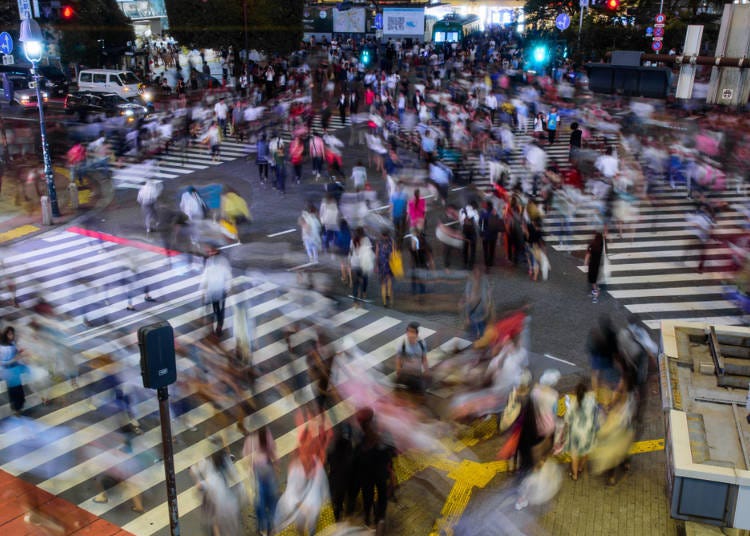 "I'm a New Yorker, and I didn't think Shibuya was going to be as metropolitan as New York. When I thought about what's in Shibuya, I also had the impression that Shibuya's scramble crossing was probably something like Tokyo's Times Square, which is always packed with tourists and you seldom see local New Yorkers hanging out there. Nobody wants to go to a crowded square if there's no need to!
"But when I actually started staying in Tokyo, I realized the scramble crossing was also being used by so many local Japanese as well! And when I saw the huge waves of people using the intersection even during the day on work days, I honestly thought it was ridiculous, haha!
"One more thing: There are a lot of pests like cockroaches wandering around in Times Square, but you'll see no such bugs on the scramble crossing. Japan is such a clean place, compared to the United States... That was a real shocker to me as well, in a sense!" (American man in his 20s)

It's true that Japan's scramble crossing is not only used by tourists, since there are a lot of locals living in Tokyo as well. This intersection, said to reach peaks of more than 3,000 pedestrians crossing at once, does give rise to philosophical questionings such as where do these Japanese pedestrians come from, and where are they going? It can indeed come as a real shock when you catch yourself ruminating over such questions while observing a traffic crosswalk!

■Impression 2: Most Japanese in Shibuya are shy and polite 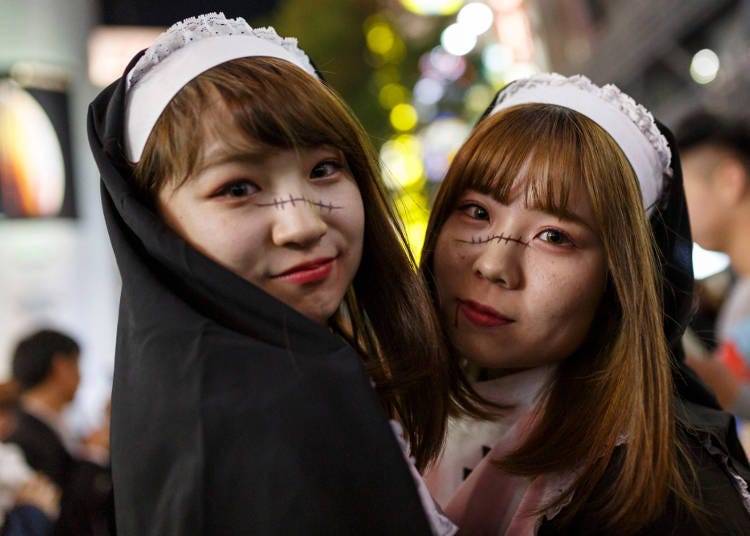 "When I came to Japan, I had the impression Shibuya would be an easy place to shop in. Then I got completely lost in the complicated diagonal side streets and stuck behind impassable throngs of humans in Center Gai. Needless to say my impression changed quickly into, 'What a tough place to shop in!' And that's absolutely true for anyone who isn't used to the shopping culture here!
"Another thing that gave me culture shock was Shibuya during Halloween. You'd think that most Japanese are shy and polite, but during the festival, you see everyone dressed up in realistic costumes and high-fiving anyone they pass by on the streets whether they know each other or not! This is really surprising and completely different from the image of Japanese people that I had before!" (Taiwanese woman in her 20s)

The seething masses of people milling about in Center Gai at any one time is certainly a force to be reckoned with for someone just trying to get to a store of their choice for some quick shopping. The annual Halloween festival held in Shibuya in recent years also turns the town into a lawless jungle then, finally culminating in arrests being made during the 2018 event.

For our Taiwanese friend who had the impression that Japanese were mostly polite people, that sort of commotion must have come has a real shock! And now she's more privy to a side of the Japanese population not many know about or care to seek out... 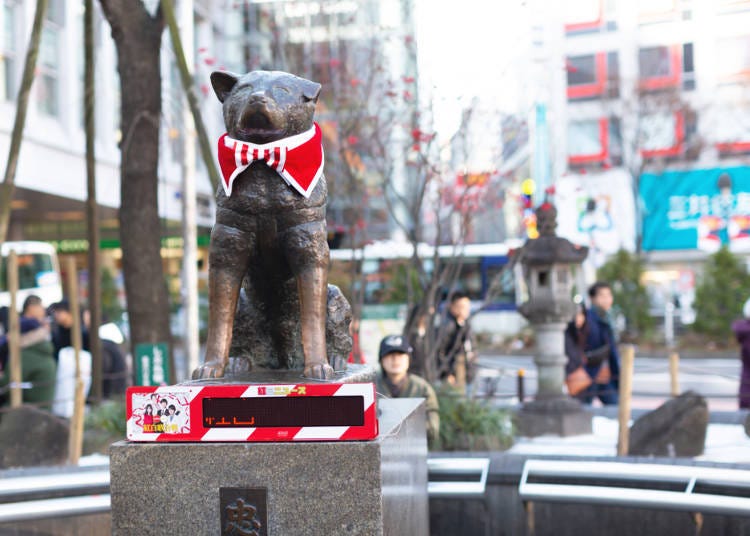 "Actually, when I thought about what's in Shibuya, I had always thought of Shibuya as an office town, because I heard it's full of IT companies not unlike how Silicon Valley is structured. So I guess I was shocked to see how it wasn't that much like Silicon Valley at all. In fact, it turns out Shibuya is more of a tourist gathering spot than anything else!
"I wasn't expecting the scramble crossing to be that big, too. Its size was a shock to me when I actually visited it, and the sheer amount of people crossing it added to my surprise. I don't know why, but I can't help but feel excited every time I cross that intersection!" (Italian man in his 30s)

Shibuya also has the moniker "Bit Valley", so named after its Silicon Valley cousin because of the great number of IT venture firms that have made the area home since early 2000. It's not surprising, therefore, that people who visit with this impression in mind become bewildered by the vastly different town the current Shibuya actually is.

Just the stretch of town from Hachiko Exit - an exit of Shibuya Station with a statue of the loyal dog Hachiko - to where the scramble crossing is located is already a clearly different scene than what they've been expecting to see for sure!

■Impression 4: It's easy to change trains in Shibuya since they're all part of the same system 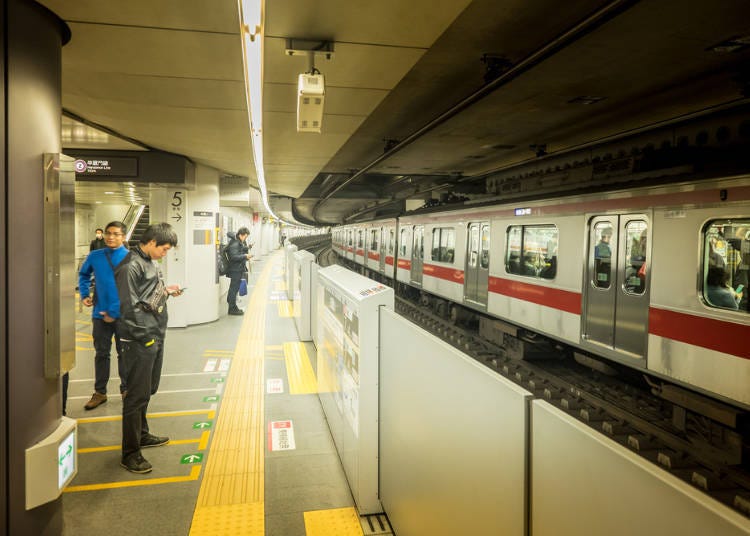 "I'll tell you what really shocked me about what's in Shibuya: The unbelievable amount of people here! On the one hand, you see foreign visitors who are so surprised by the scramble crossing they're standing there and taking all the photos and videos they can, and on the other hand, you see the local Japanese crossing the intersection like it's just another regular road. How can they be so nonchalant about something so impressive? That really perplexed me.
"The other thing that really shocked me was how difficult it was to change trains. I remember trying to change from the Fukutoshin Line to the Ginza Line at Shibuya Station once, only to find out there's no platform for the Ginza Line anywhere! That's the most surprising part - the trains are called chikatetsu, or subway trains, and yet their platforms are located aboveground, haha! After that realization, I learned to always plan a lot of leeway in my traveling time whenever I needed to change trains at Shibuya Station." (Chinese woman in her 20s)

The confusing conundrum of changing trains at Shibuya Station is a pain even local Japanese understand. To facilitate transfers between the Hanzomon Line and Fukutoshin Line, a new Ginza Line platform will be built at the East Exit by 2019 year-end. Hopefully, Shibuya Station's infamous reputation for perplexing even savvy locals trying to transfer between the different train lines will improve by the year 2020, a critical year for the tourism industry when the Olympics descends upon the island nation.

■Impression 5: Shibuya is full of people who are always in a hurry 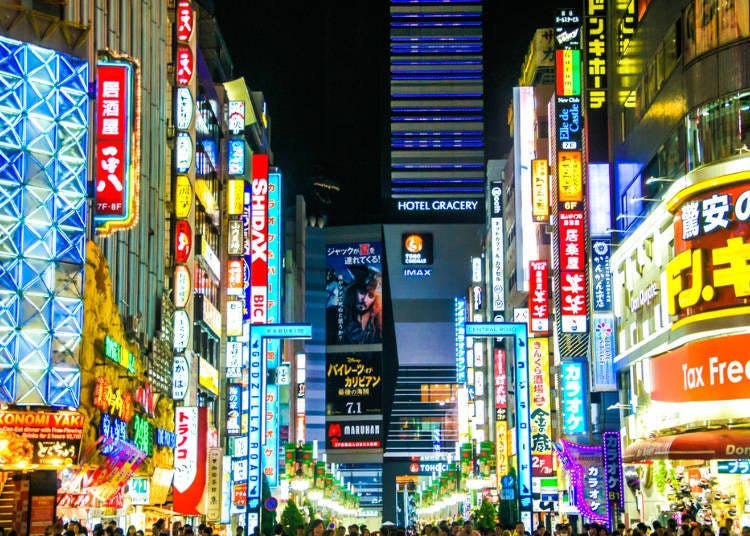 "I've always had the impression Shibuya is a busy town, but the reality is...it's even busier than the rumors say! The sheer amount of people here is mind-boggling! I've honestly never been to a busier place. The ability of the locals to endure these living conditions and thrive in them came as a shock to me. I would really prefer to pass my time somewhere with a more relaxed and mature atmosphere." (French man in his 30s)

Looks like our interviewee, who was born in Paris, was shocked by the great number of people plying through the streets of Shibuya daily. It is true that Shibuya's electrifying atmosphere may not appeal to everyone. Perhaps these ones would find themselves more at home in a Shibuya with much lesser people, but would it still be Shibuya then...? There are certainly no easy answers here!

For better or for worse, the dynamic town of Shibuya has the propensity to leave behind strong - perhaps even shocking impressions on foreign visitors. And it can be because of anything, from the visitor's background to unfulfilled expectations. Nevertheless, being able to catch glimpses of cultural differences by comparing reactions of people from different countries to the same subject matter has certainly made for an interesting interchange of cultural sensitivities!