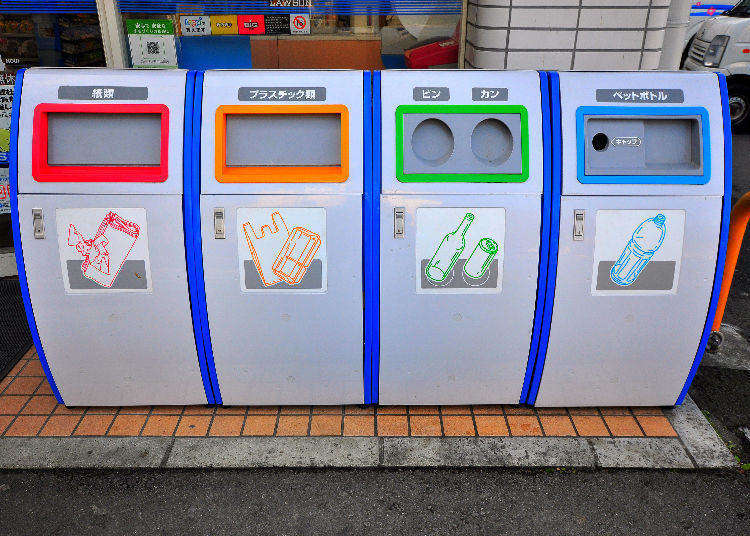 “How is Japan so clean even though there are so few trash bins?!” This is something commonly heard by tourists visiting Japan. For many, it’s one of the first things they notice! So just how can such a large city stay clean without many places to throw away your rubbish?

The rules and manners revolving around waste disposal here are quite strict, so most Japanese people usually will just keep their garbage with them until they find a place to throw it away. Of course it proves to be inconvenient for most to carry around their waste wherever they go, so what should you do if you’re put in the situation of having nowhere to throw your trash away?!

The History Behind the Lack of Garbage Cans: The Sarin Gas Attack of 1995 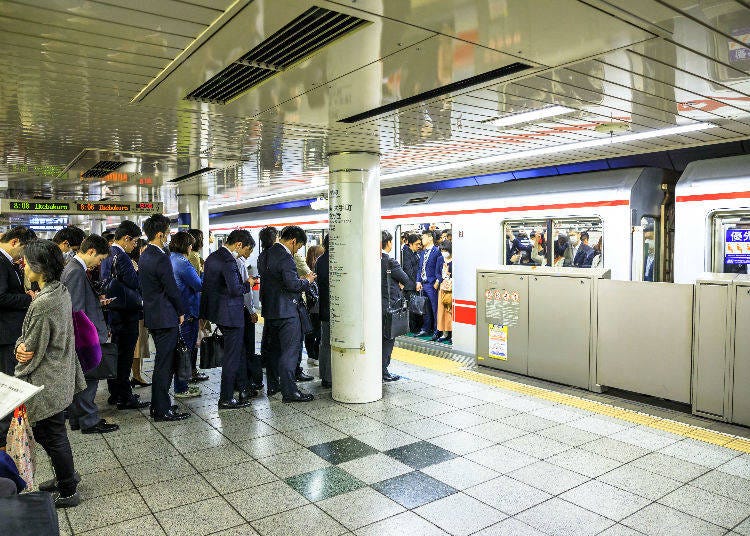 In March 20th, 1995 during the morning rush hour, the Tokyo subway system fell victim to a deadly terrorist attack using extremely lethal sarin gas. This attack was organized by cult members of Aum Shinrikyo and injured over 5,000 people. Because sarin gas has no scent and is also colorless, many affected by the attack did not realize until they began having symptoms later on.

Although the cult members were eventually arrested, many were scared of further attacks. To ease these fears, trash cans were taken out of many public areas (especially train stations) because they could potentially hold terrorist weapons.

Fast forwarding to now, over 20 years later, Tokyo still has very few trash cans and train stations are still always on alert for suspicious items or anything that could be possibly linked to further incidents.

So...Where Can I Throw Away My Trash?! 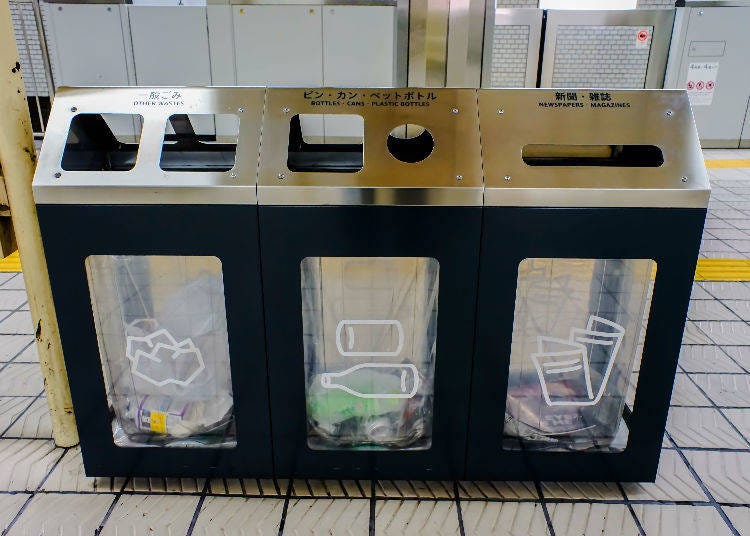 Although you may have to search a bit, most train stations will have garbage bins that you can use in front of the ticket gates, and sometimes on the platforms. Some stations will have neither, so it might be best to be ready to carry your garbage a little bit longer! 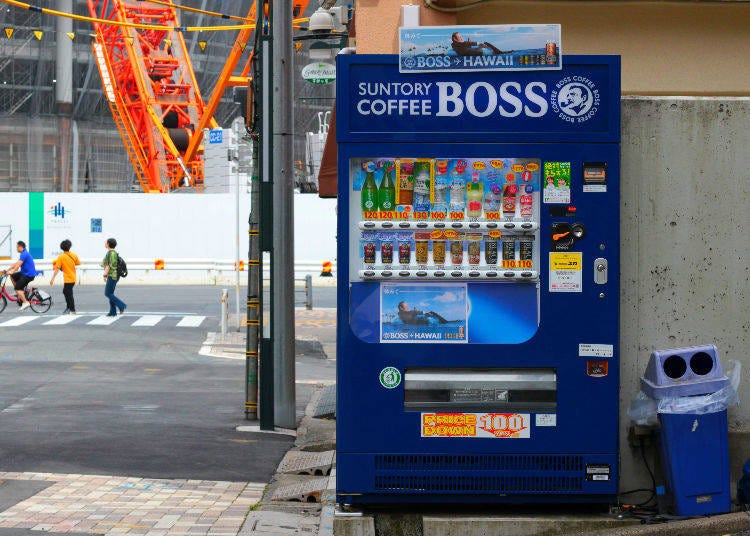 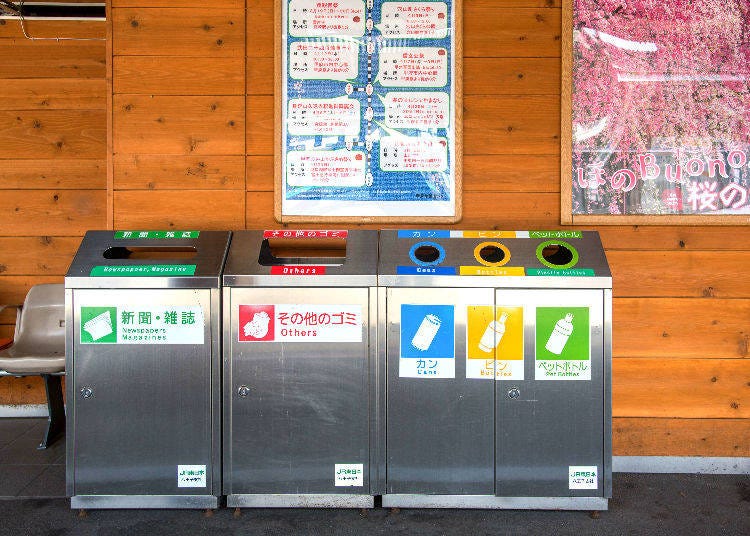 Because many Japanese people enjoy having picnics or drinking in the park, you can often find garbage cans without many issues at most parks! You may have to walk a while to get to one, but you will usually be able to find a rather large garbage bin fairly easily. 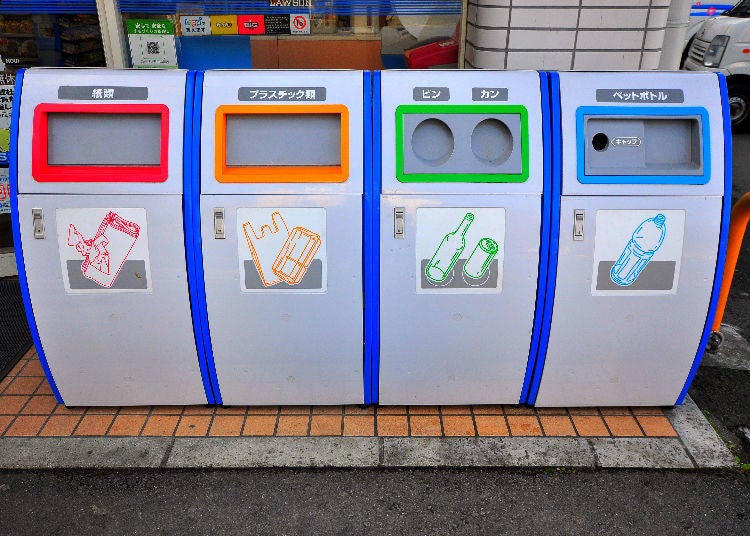 Sometimes you can find garbage cans at your local convenience store, but there have been some issues regarding them. These garbage bins aren’t considered public, so if you’d like to use them it’s best to buy something from the store beforehand.

Most convenience stores originally had the garbage cans outside of the store but had to move them because too many people would throw things away there making it problematic. It’s best to keep in mind that these are for customer use to avoid any issues! 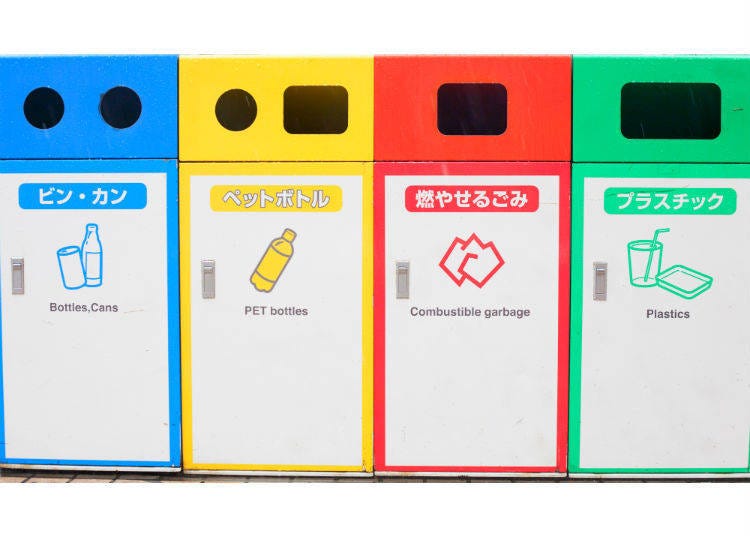 Japan is very strict about separating their garbage. Garbage is most commonly separated here by the following: combustibles, incombustibles, cans, glass bottles, and plastics.

Most countries don’t separate as much as Japan does so it can be difficult at first, but it’s best to follow the rules while you’re here—sometimes they won’t collect your trash if it isn’t separated properly! 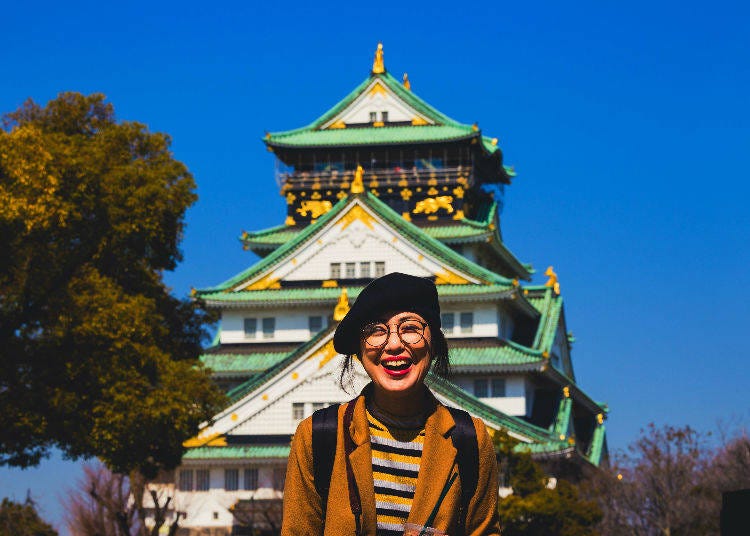 While it is likely that you will have to carry your garbage around at some point when you are here in Japan, knowing the information listed above can hopefully make your trip all the easier.