HOME Tokyo and Surroundings Tokyo Ningyocho / Monzen-Nakacho / Kasai A spy of the Shogunate? Follow the tracks of Matsuo Basho! 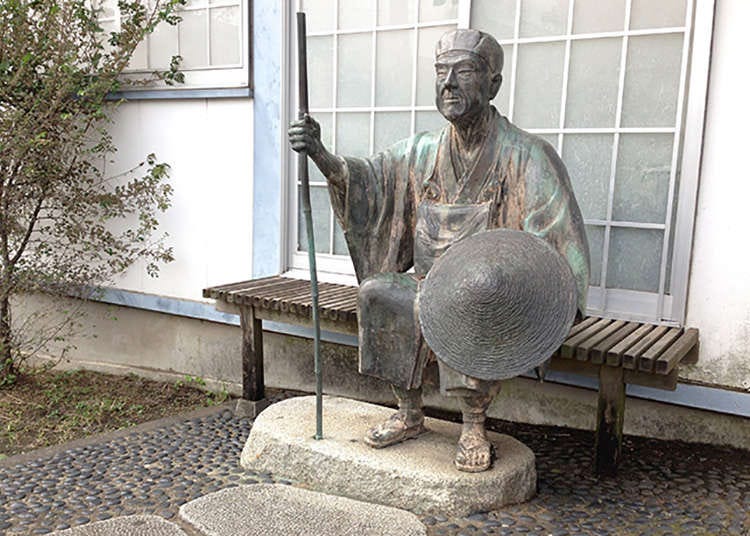 A spy of the Shogunate? Follow the tracks of Matsuo Basho!

A lot happened in Edo, Tokyo. All Japanese people know of the famous haiku poet Matsuo Basho. However, that may have simply been a cover. There are rumors that he was actually a spy hired by the Shogunate on a secret mission. We took a walk around Fukagawa, where Matsuo Basho used to live. 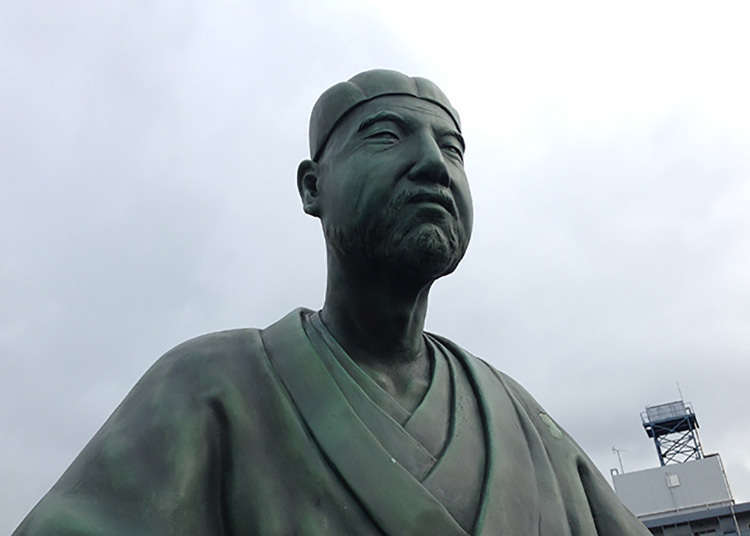 As for the "Matsuo Basho Was a Spy" theory, they say that "The Narrow Road to the Deep North," was not a journey to seek poetic inspiration, but a chance to secretly spy on the Sendai Date Domain. At the time, the Date Domain had been in charge of repairing the Nikko Tosho-gu shrine. Thus, the burden of fixing the shrine fell heavily on the Date Domain, to their dissatisfaction. The Shogunate needed someone to infiltrate and check on the Date Domain to make sure they didn't do anything suspicious, so perhaps Matsuo Basho was selected for the job? 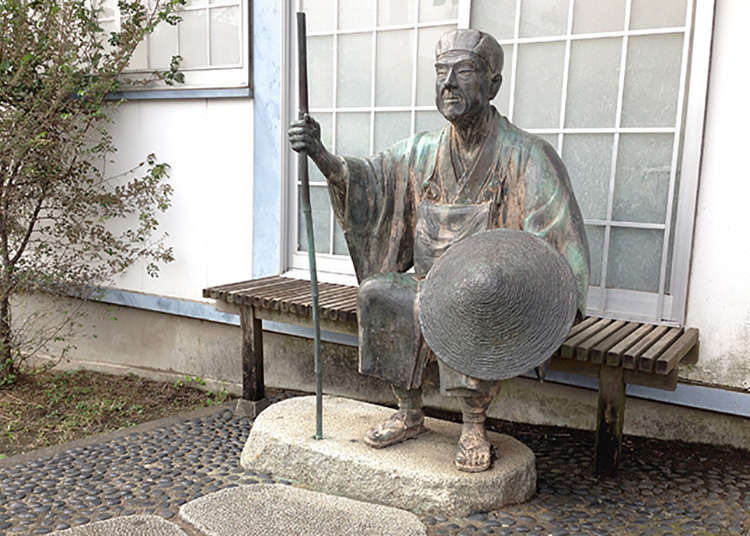 Actually, espionage was done by poets on inspirational journeys quite often. Basho's jouney started in 1689, when he was 45 years old. By Edo life-expectancy standards, he was already considered a senior citizen, yet he sometimes traveled over 50 kilometers a day. Conversely, It seems unnatural that he stayed in the Sendai domain for so many days. Parts of his records do not match up with the diary of his disciple, Kawai Sora, who had been accompanying him. Furthermore, Matsuo Basho is from Iga-Ueno, a ninja village. After collecting that much circumstantial evidence, one may start to believe that this theory is not just an urban legend. 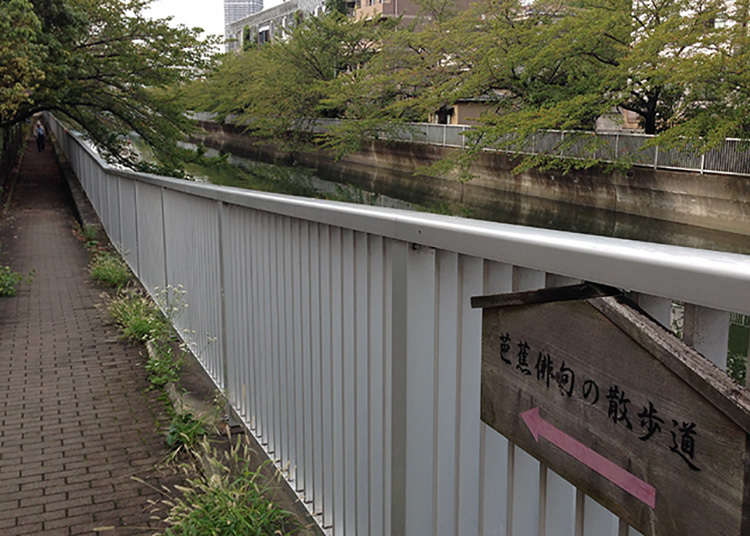 The starting point of "The Narrow Road to the Deep North" was Fukagawa Ichome. Saito-an is located on the banks of Umi-be-bashi. Take a boat from there, and ride on the Sumida River north towards Senju. The remains of Saito-an located on the river banks of Umi-be-bashi are now kept as part of the Basho Haiku Walking Path. You can enjoy a walk there while reading Basho's poems, which have been written on wooden planks, such as:

Up here, a stillness-
the sound of the cicadas
seeps into the crags. 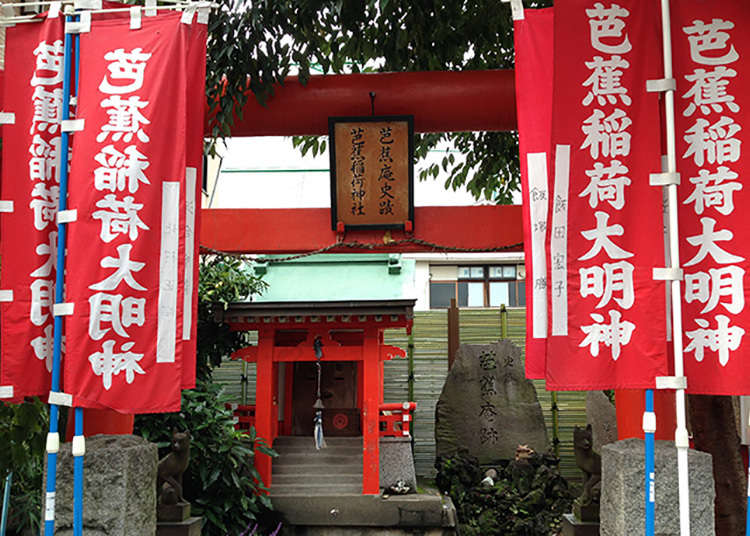 Next, across from Kiyosumi Garden, is Basho Inari Jinja Shrine. Here is the location of Basho-an, where Basho used to live. 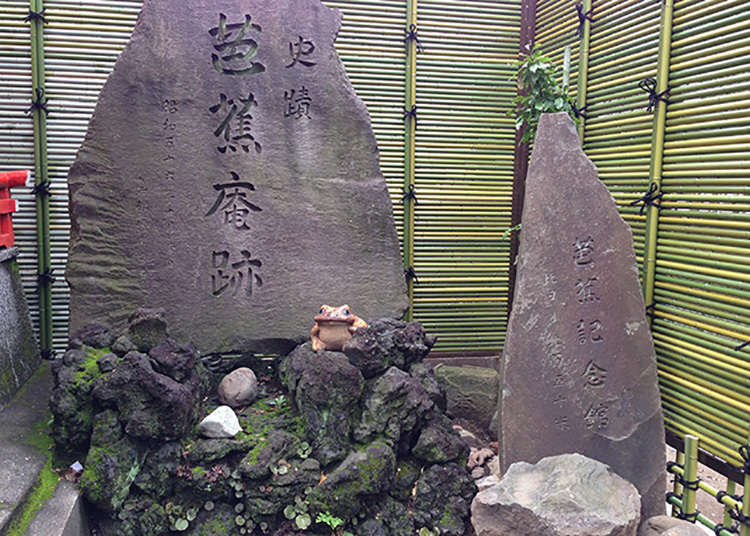 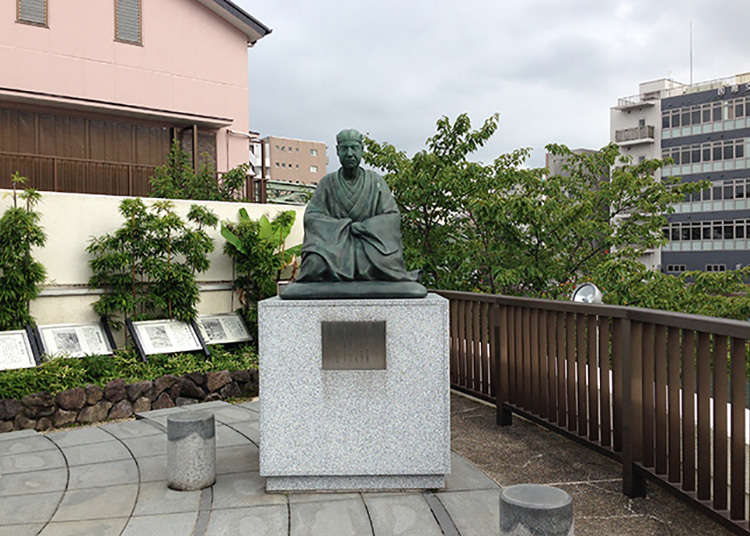 Further north along the Sumida River is the Koto Basho Museum. There, they have a Basho exhibit room, a library, meeting rooms, and workshop rooms. 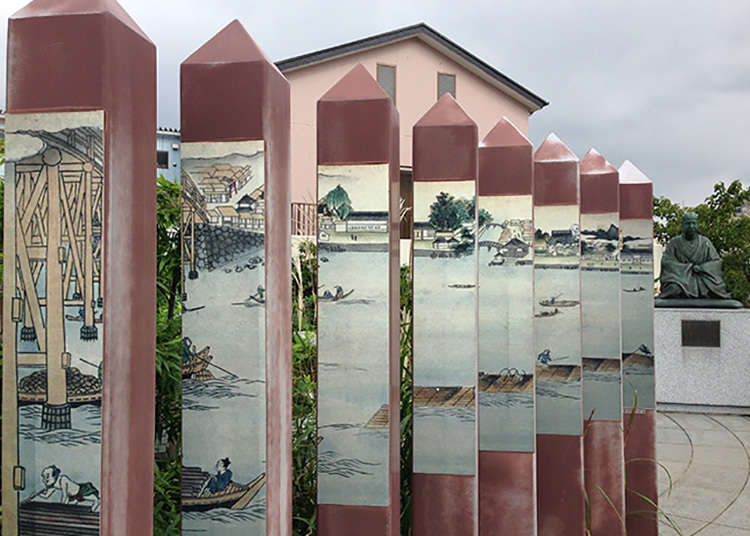 Near Basho Inari JInja Shrine is Shiseki-Tenbo Park, which overlooks the Sumida and Onagi rivers. There, they have a statue of Basho himself. The statue rotates at 5:00 p.m. every day. His posture looking over the Sumida River when it's lit up is very spy-like! 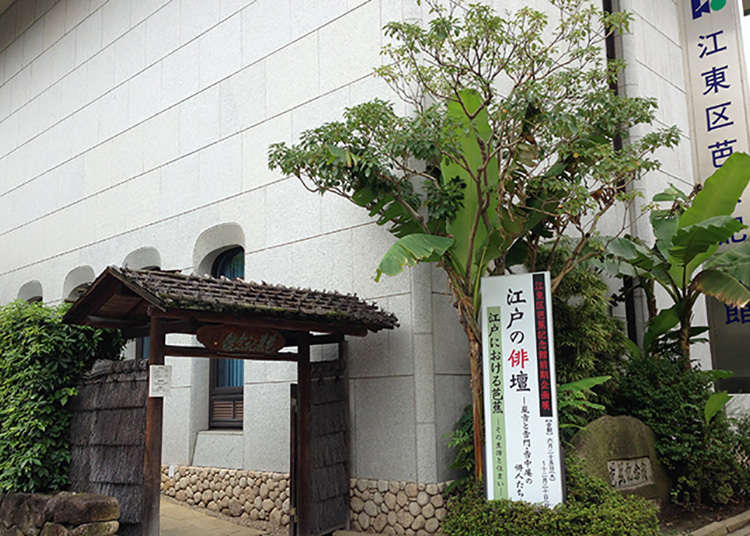 Further north along the Sumida River is the Koto Basho Museum. It is still a mystery why Basho, who originally lived in Nihonbashi, suddenly moved to Fukagawa. One common theory is that it was because his mistress, Jutei, had eloped with his nephew, Toin. 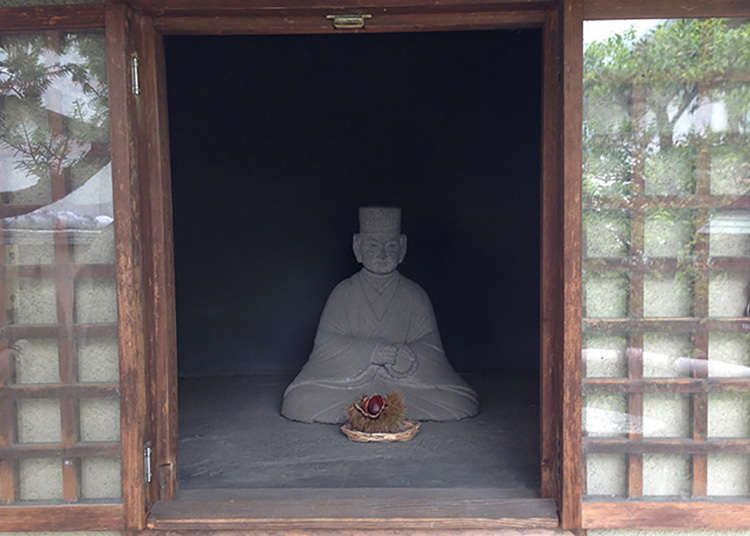 Basho, a spy!? Looking at it from its scandalous side, where he may have had a mistress, it is much easier to visualize a living portrait of the man. If you go to places related to people in your history textbooks and look at them from a different viewpoint, they suddenly seem more relatable and interesting. I recommend this place even if you're not interested in history!