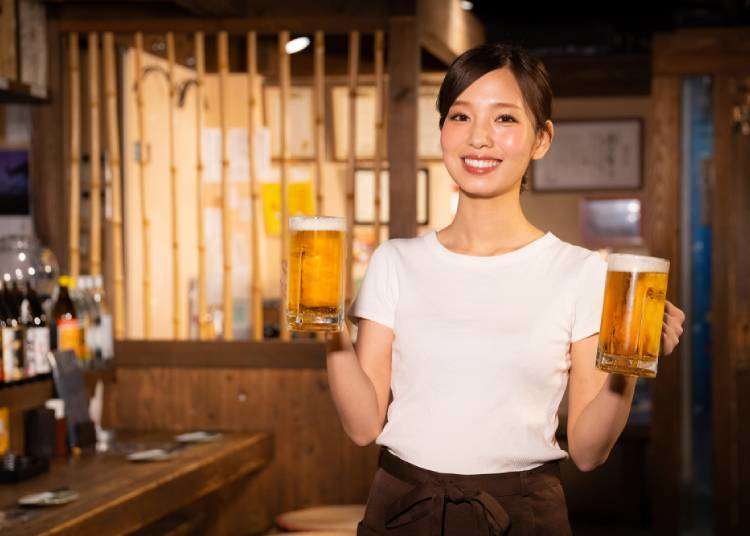 With the 2020 Tokyo Olympics fast approaching, Japan is attracting worldwide attention. Something that many people know about Japan is its reputation for hospitality and great customer care, or “omotenashi”, and people want to experience it for themselves.

But what is it like to actually experience omotenashi at a restaurant from the perspective of someone who isn’t Japanese? We asked some people who stayed in Japan for two years studying at ARAI Academy Akamonkai Japanese Language School about their experiences. Were they satisfied with the omotenashi they experienced at restaurants? Let’s find out!

Hot Towels are Free! In China, You Have to Pay for Them 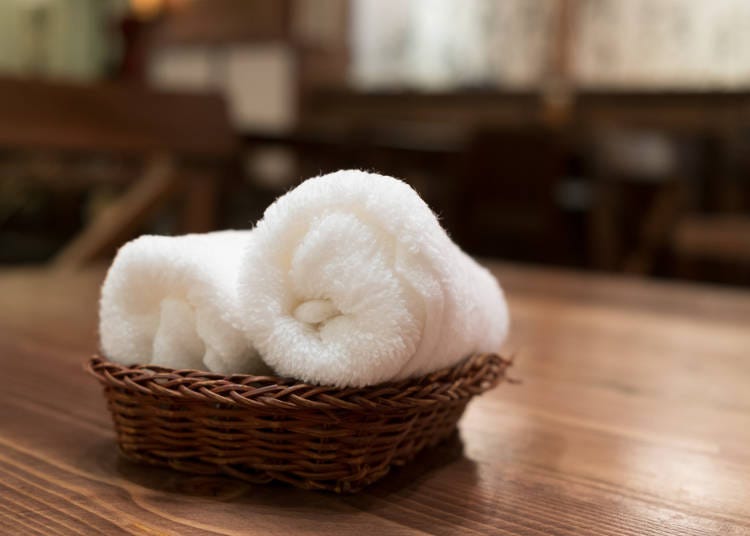 “I was so surprised to be given a towel when I sat down in the restaurant. In Shanghai, you have to pay for it if you want one. I was really worried that they had given it to me but I would have to pay for it at the end!” (China / Male / 20s)

In Japan, almost all restaurants with a seat will offer you a towel or “oshibori” at the start of your meal, free of charge. But in China, it’s not uncommon to hear of people visiting the a restaurant and being given a towel without a word, only to find out they’ve been charged later! What this man found shocking about Japan is definitely something that would shock a Japanese person if they went to China!

Water is Free Too?! 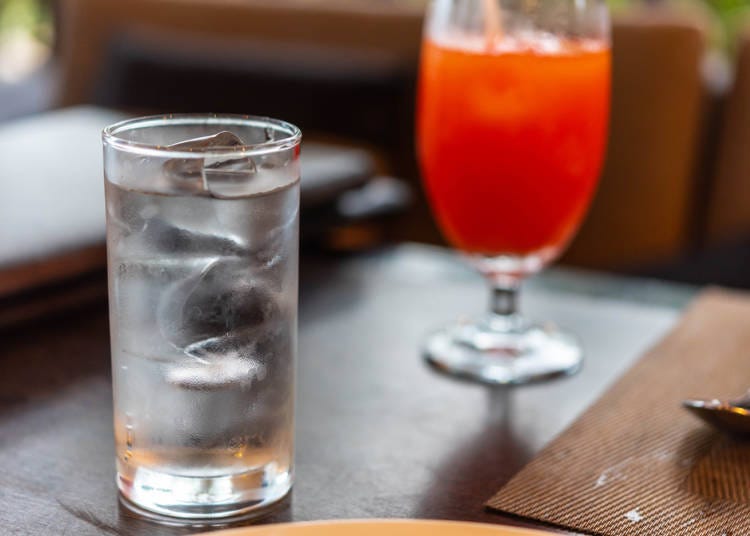 “In Denmark, water is about 300 yen. Other drinks are even more expensive, so I was very happy to get water for free in Japan!” (Danish / Female / 20s)

“In the Netherlands, we have to pay for water. It’s about 500 yen? Even when I’m really thirsty I’m hesitant to order any!” (Netherlands / Female / 20s)

“In the UK if you go to a slightly fancy restaurant, you need to ask for tap water to get it for free! Just because I’m at a fancy restaurant doesn’t mean I want everything to be expensive!” (UK / Female / 20s)

In restaurants in Japan, just like oshibori, water is usually provided free of charge. Most Asian countries provide you with free water, but it looks like there’s a charge in some parts of Europe. In some places I’ve heard beer is cheaper than water... If it were me, I think I would choose the alcohol!

The Atmosphere is so Warm – I Love Talking to the Staff 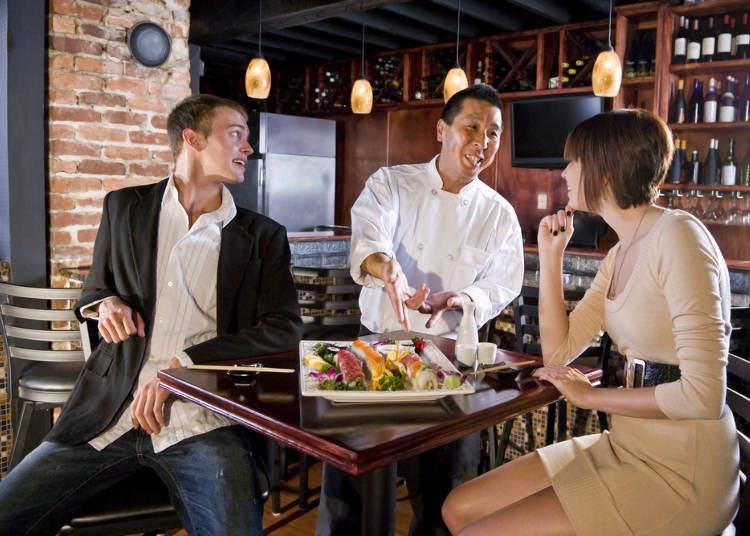 In the UK, people don’t go out for meals as much as people do in Japan. Going out for dinner is often saved for a special occasion (or a nice end to the week!). But in Japan, there are a lot of family restaurants and other casual restaurants where it is easy to have a conversation without worrying about the noise. A good thing about that is that you can have conversations with the staff, meaning that it’s a lot easier to tell them if you need anything.

Sushi Trains are Amazing, I Want One! 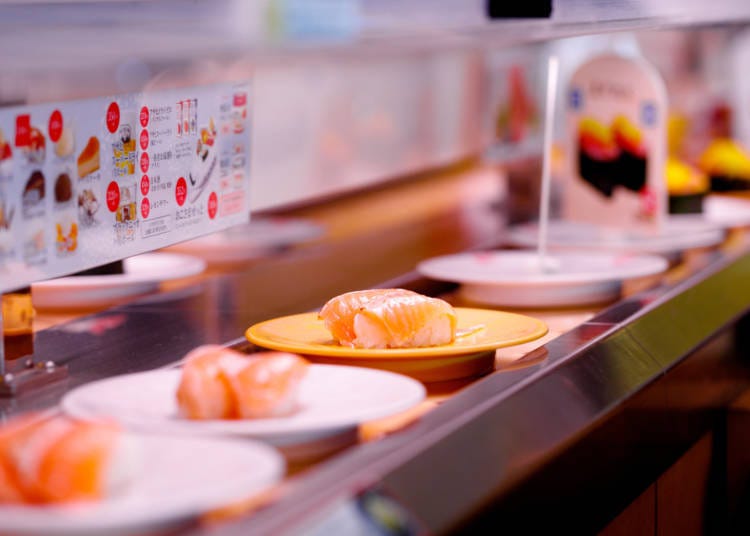 “Kaitenzushi is so much fun! I was so surprised when my sushi arrived on a little train” (Netherlands / Female / 20s)

Recently there have been a lot of new “kaitenzushi” (conveyor-belt sushi) restaurants with their own unique twist. There are places where the sushi arrives on a train, or even places where you can play a game based on how many plates you’ve eaten. These kinds of places are very popular among tourists, and it isn’t just restricted to sushi! There are so many restaurants in Japan where you can have fun while you eat.

“Rice is Free, Help Yourself to More” – Wait, I Can Eat and Eat for the Same Price?! 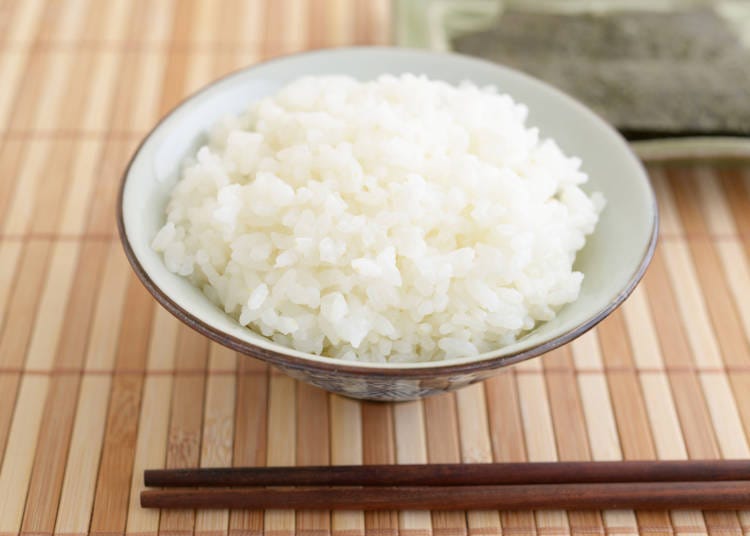 “You can have as much rice as you want and no-one will take any more money from you! There’s no way you could get free food like that in Malaysia.” (Malaysia / Female / 30s)

“Even though I didn’t order it, rice came free with my meal! As a student trying to save money, it helped me out a lot!” (Danish / Female / 20s)

In Japan there are quite a lot of restaurants where you can get soup or rice for free, or even free refills of food and drink, but that’s not as common abroad, is it? When you think about it, those who can experience this free food so often are really lucky!

There are so Many “Unlimited” Restaurants! 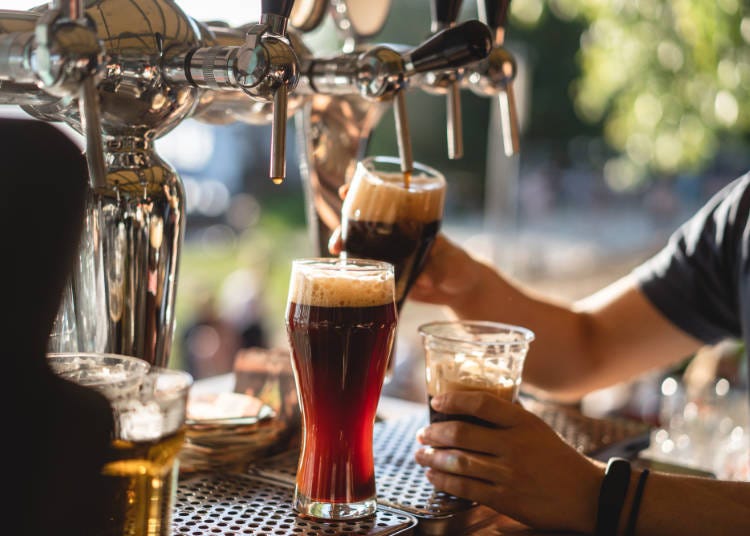 “You hardly ever see unlimited food or drink places in Europe. It’s great because I can save money whilst trying out lots of things!” (Netherlands / Female / 20s)

“There aren’t many places in Malaysia that offer unlimited food! I can eat to my heart’s content, so I go quite often!” (Malaysia / Female / 30s)

“Nomihoudai” (all-you-can-drink) and “tabehoudai” (all-you-can-eat) are very popular in Japanese restaurants. There are so many different types too; Japanese, Korean, European... the list goes on! It’s so nice to be able to drink and eat as much as you want without worrying about over-spending – just make sure you watch the clock, because many of them are time-limited!

So Many Types of Alcohol! Japan is an Alcohol Lover’s Paradise 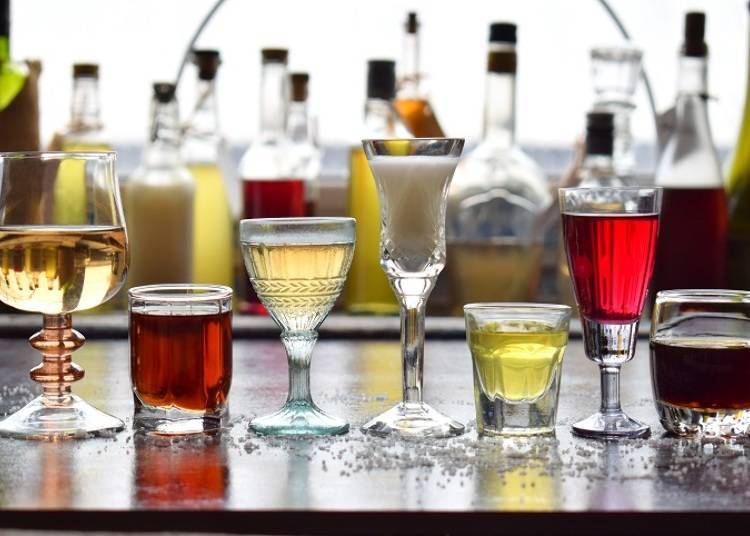 “There are so many different drinks in Japanese restaurants. I have a lot of fun choosing what to drink each time.” (China / Male / 20s)

Japanese restaurants often have a lot of different types of alcohol, from beer and lager to sake and wine, one place can have it all. Many restaurants even have their own original cocktails, more than people usually see abroad. On the other hand, some people are disappointed at the lack of options regarding soft drinks, somewhat leaving out those who don’t drink alcohol. Particularly around Southeast Asia, there’s usually an abundance of fruit drinks, something people wish were the case in Japan.

A Lot of People Smoke, huh? 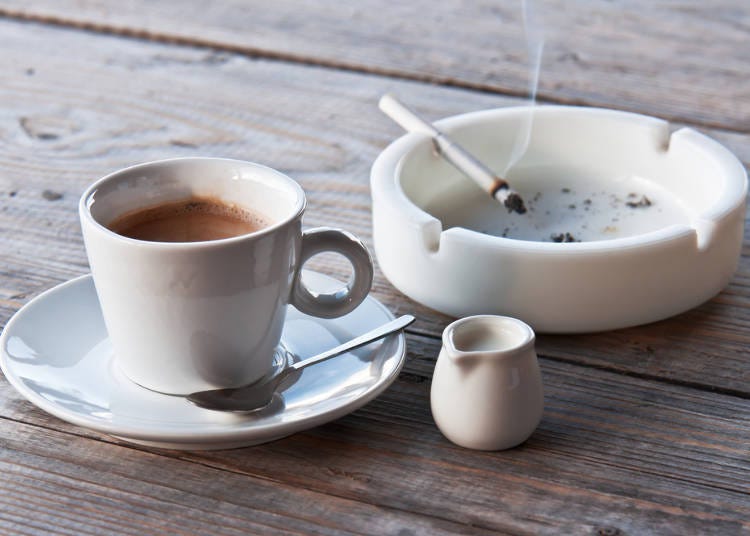 “There are a lot of places in Japan where it’s still OK to smoke indoors. I avoid going to certain places based purely on that.” (Malaysia / Female / 30s)

Although more and more establishments in Japan are implementing smoking bans, in comparison to other countries there are still quite a lot. In the west smoking is mostly banned in restaurants and public places, but in Japan it is still up to the discretion of the owner. However, in more recent years, many places have designated smoking areas, and generally advise against smoking. Regardless of whether you smoke, it’s good to be able to go to a place that makes everyone feel comfortable. 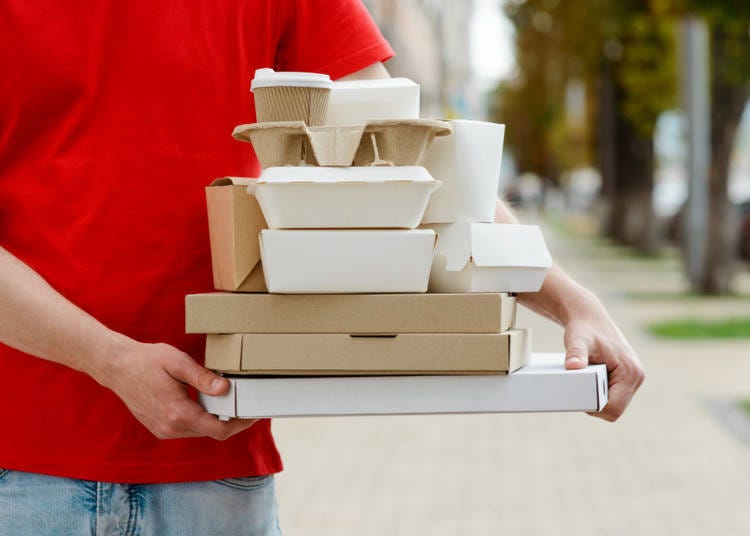 “There are a lot of places that deliver to your home in Shanghai, but hardly any in Japan!” (China / Male / 30s)

Although delivery apps are becoming more and more popular in Japan, and the number of participating stores along with it, the number is still quite low in comparison to other places around the world. For Japanese residents as well, there isn’t a shortage of people who would love to be able to taste the food of a pro in the comfort of their own homes, so it’s a service with quite a potential market!

Here we’ve heard resoundingly positive feedback about restaurants in Japan, with many people saying they prefer Japan’s services to those of their own country. People have mentioned that they love being able to talk to staff, and the added extras you can get with no added cost. Of course there are plenty of other pros and cons to dining out in Japan, and we hope you enjoy experiencing it for yourself!