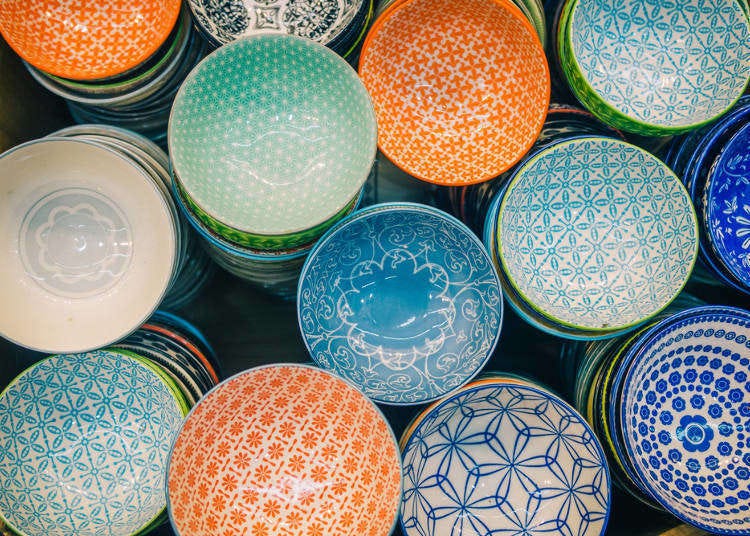 'What a Shocking Bargain!' Top 7 Useful Items for Japan Travelers at Daiso and 100-yen Stores!

100-yen stores are brimming with items sold for just around US$1. Aside from daily necessities, you can also buy chic decorative items, towels and even perfect souvenirs.

In recent years, these stores have been flooded by foreign visitors, so naturally, we were curious about they buy in these 100-yen stores. That's why we asked foreigners who are currently in Japan about items that shocked them in Japan's 100-yen stores. 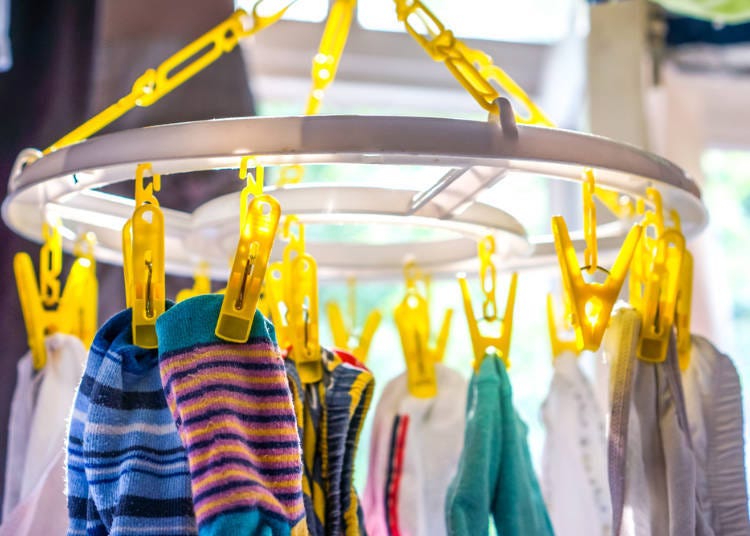 When asked about shocking 100-yen store items, the first thing they mentioned was... laundry hangers!

"I've never seen a laundry hanger with a lot of clothespins in Australia. If I want to dry a lot of things, I have to use the towel rack where I can hang a number of towels. It's amazing that you can buy one for 100 yen." (Australia, Female, 20s)

"I was shocked with the laundry hanger. It's my first-time seeing Japan's 100-yen store. It's really convenient." (Korean, Female, 20s)

This clothes hanger has clothespins that can be used to dry laundry. It is sold at 100-yen stores, but a lot of foreigners have never seen clothespins arranged in this form! A lot of them seem to use the towel rack when they want to dry several pieces of clothes and towels.

This clothes hanger is best used for drying small items like socks and hand towels. They seemed surprised that this item is only being sold for 100 yen. On the contrary, I was surprised that laundry hangers aren't a thing in foreign countries. 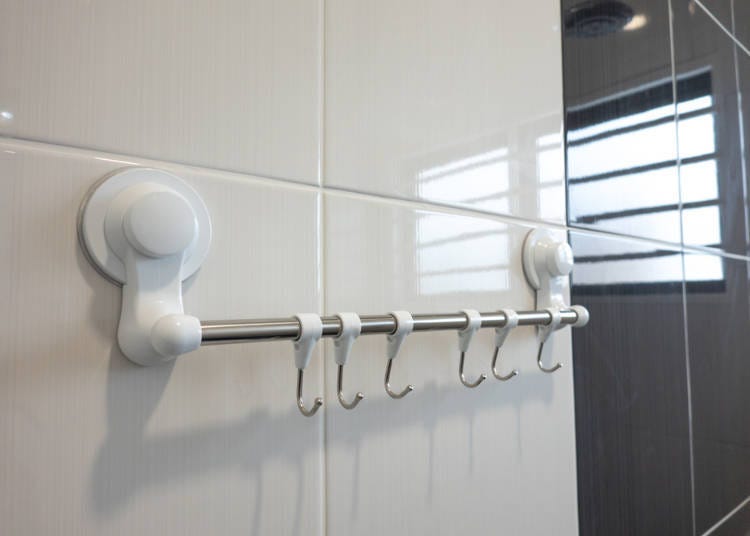 Next on the list of surprising items in 100-yen stores is towel hangers. These stores sell a variety of towel hangers like those with suction pads that you can attach to washing machines or those with hooks that can be adjusted according to the towel’s size.

"I was shocked by the adjustable towel hangers. It's convenient that you can change its length depending on the location and towel size!" (China, Female, 20s) 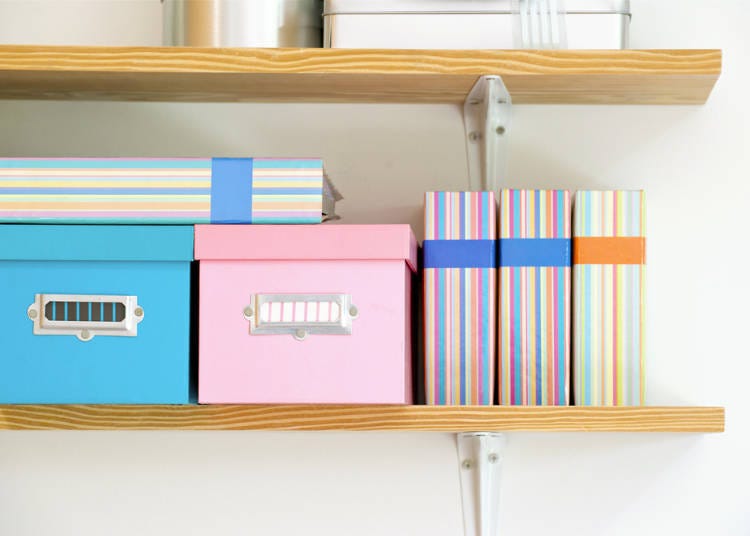 Boxes of various sizes are also sold at 100-yen stores. These boxes are available in different designs from the usual square boxes to partition cases and storage boxes.

"It's really convenient that 100-yen stores have different kinds of boxes. I can put cosmetics and clothes in it. They also have cute boxes that can also work as decorative pieces." (Korea, Female, 20s)

100-yen store boxes appear to be popular with foreign women. These chic boxes are available in every size and type, which makes it a perfect addition to a room. It's easy to use because there are a lot of things that improve a room's appearance just by keeping them.

The 100-yen store is a godsend especially for exchange students, who are in Japan for a fixed period and want to glam up their room but are on a tight budget. These 100-yen store boxes are recommended if you want to add some style in your room. 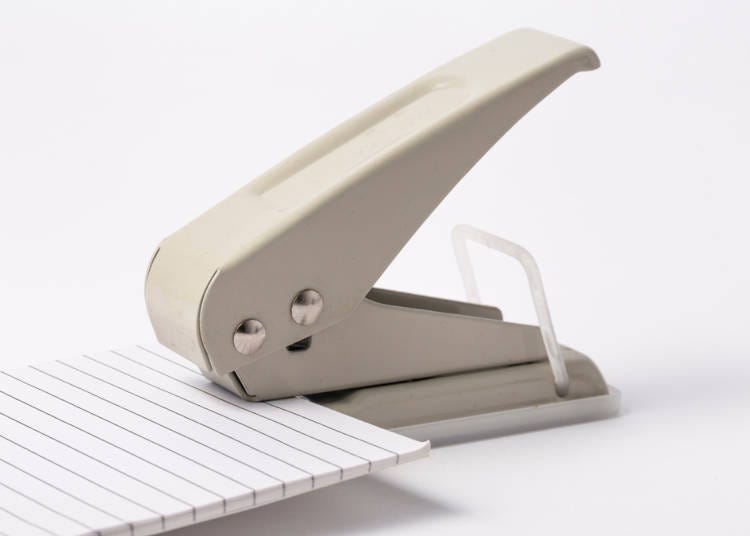 Fourth on our list are hole punchers which have been used for a long time for stationary. Most punchers open two holes, but these foreigners seem to have found something different in Japan's 100-yen stores.

"We have punchers that open two holes in Australia, but it was my first time seeing a one-hole puncher in Japan's 100-yen store." (Australia, Female, Teen)

These one-hole punchers sold at 100-yen stores can also be used if you want to hang bags and paper boxes with a hook.

They also have hole punchers for arts and crafts. These craft punchers can cut holes in various shapes like a star or a heart. Not only is this a practical item, but it can also be used to create unique decorations. Foreigners found this item to be very unusual. 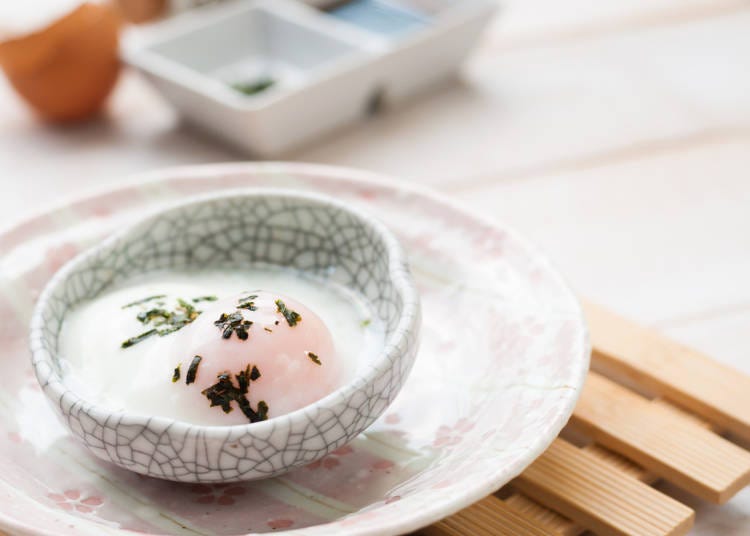 Foreigners love boiled eggs and they are great on top of a salad but adjusting the hardness of the yolk to your liking is unexpectedly hard. However, it seems like 100-yen stores have a machine that makes onsen tamago or poached egg.

"I saw a machine that makes onsen tamago, so I immediately bought one. It allows you to check the boiling, so you will know the hardness of the yolk. It's very convenient." (China, Female, 20s)

Normally, the hardness of the yolk can be changed with the cooking time so you can have anything from a syrupy to a hard yolk. However, the poached egg maker sold at 100-yen stores is easy to use since you can check how boiled the egg is. There were even foreigners who bought it on the spot.

Aside from poached egg makers, foreigners were surprised that they also have an abundance of simple cooking goods like items that allow you to boil pasta or cook rice in a microwave oven. 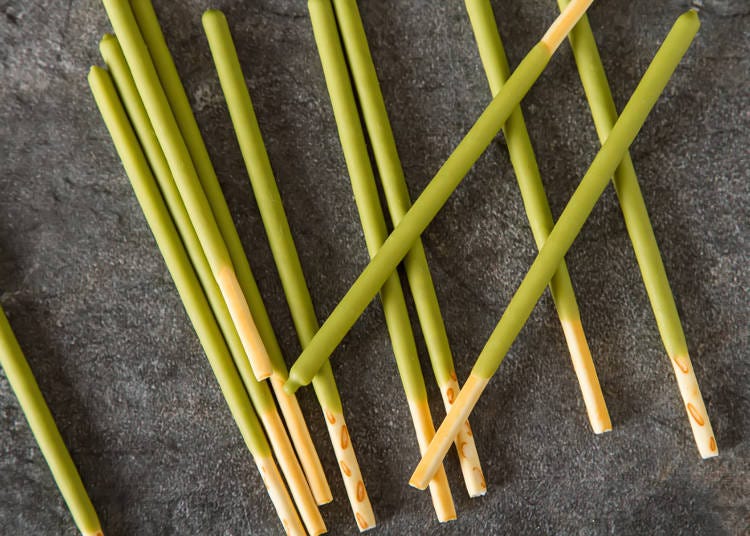 Japanese sweets were the most mentioned product on our list of surprising 100-yen store items. Let’s see why they were so shocked to see Japanese sweets.

"There are a lot of sweets in 100-yen stores that you can't find in Australia. They have plenty of small sweets, so I'm thinking of buying them as souvenirs. They also sell melon bread, so I want to buy that before going back to my country!" (Australia, Female, teens)

"I like Japanese sweets like Jagariko. I was in awe when I saw how many kinds of sweets were in 100-yen stores. (Korea, Female, 20s)

Japanese sweets are highly popular with foreigners, and it seems like they really liked the fact that they can buy all these sweets for 100 yen. These stores also offer popular Japanese sweets at affordable prices, so some people are planning to buy them in bulk as souvenirs before going back to their country.

In addition, 100-yen stores also have bread, and the melon bread seems to be on top of the bunch. Melon bread can only be found in Japan, so several foreigners seem to love it. A few people even said that they want to bring the delicious melon bread to their own country. 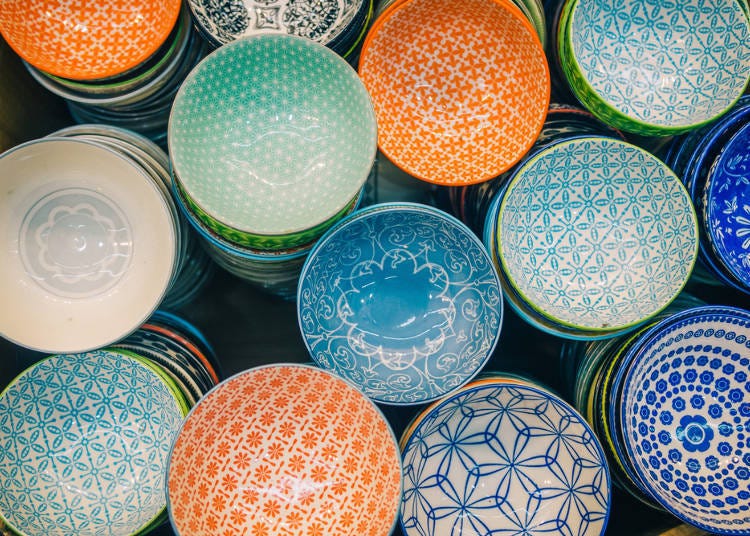 Next to sweets, cute tableware was the next popular item on our list of shocking 100-yen store items. These are available in various materials and designs, so we found foreigners who are using these 100-yen store tableware.

"They have a lot of tableware with cute designs. I was really surprised that all of them were being sold for 100 yen. You can't find 100-yen tableware anywhere in Australia." (Australia, Female, Teen)

The 100-yen store has a wide-array of tableware made with various materials from ceramic to wood. They were surprised that these stores were selling tableware with quality beyond that of a 100-yen item. Like sweets, several foreigners also wanted to buy them as souvenirs before going back to their home country.

There were several people who were shocked to know that even items like decorative plants are being sold for 100 yen in these stores. In the first place, there are no 100-yen stores in Europe, so as expected, they were really taken aback that you can buy items with such good quality for only 100 yen.

These 100-yen store items might be the perfect souvenirs for your friend when going abroad, so feel free to refer to this article!