HOME Tokyo and Surroundings Tokyo Asakusa What 'Omakase' Really Means (And How Japanese Use It From Sushi to Fashion, Even Hairstyles)! 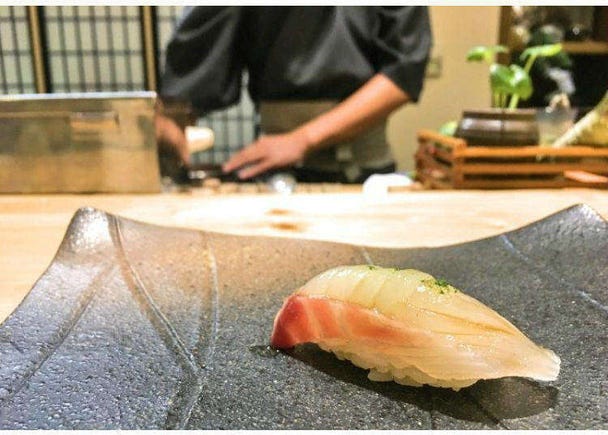 What 'Omakase' Really Means (And How Japanese Use It From Sushi to Fashion, Even Hairstyles)!

You've probably heard of "omakase sushi" but never really thought about what it means. In Japan, "omakase" simply means that the customer leaves the details to an order to the shop.

Ordering up an "omakase" in sushi is quite straightforward - where ingredients may somewhat be arbitrarily placed on a plate. However, "omakase" can drastically differ from the "osusume", or what a shop would actually recommend to a customer.

So why is Japan's omakase system so pervasive, and how do shop staff choose what to serve? Let's delve deeper into the charm of Japan's Omakase system.

When was the Omakase system introduced? 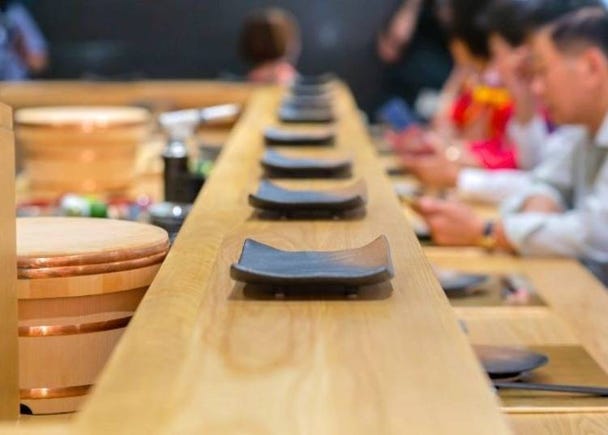 Contrary to what you might think, omakase is not some centuries' old tradition. It's said to originate with sushi restaurants, where the term was popularized during the 1990s.

Before the 90s, sushi restaurants had something of a high barrier to entry. They could be relatively pricey, and it was common for gourmands who really knew the ins and outs of fish to enjoy the fine artisanship of sushi. They would often do this without drinking much alcohol, out of respect for the skill of the sushi chefs.

Along came the Japan's bubble economy. In step with the sudden affluence, along came many newcomers to sushi shops. These customers, with pockets filled with cash, were relatively unfamiliar with the 'high culture' of sushi, but would nevertheless enter high-end sushi restaurants. They craved what had previously been inaccessible, and while they did not know much about fish, they knew knew they wanted different kinds of side dishes and liquor.

As a result, sushi culture changed in response to the change in what kinds of products were demanded. Sake and side dishes were offered, and customers were happy with these familiar menu items. But as many newcomers did not actually know much about fish, there was a need for a way where they could place an order and leave it to the chef - and spared the embarrassment of not knowing a particular fish name, particularly when seasonal fish were used. To help them save face, "omakase" was born.

Chefs tended to enjoy omakase as well, as it let them serve fish and other ingredients that they had on hand, without disappointing customers when it wasn't. And it was easier for customers to simply leave everything to their trusted restaurant hosts and carry on with their conversations with friends and coworkers, as opposed to having to decide on specific items.

Why do Japanese people choose Omakase without choosing? 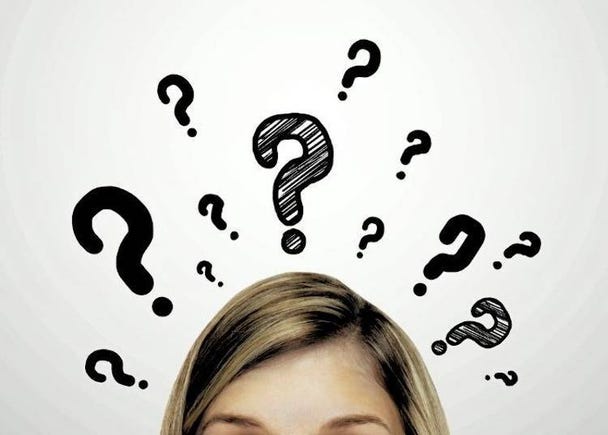 Reason 1. It's annoying to think and decide!?
Omakase is a system that is perfect for indecisive people who can't decide on what they want - or who have no particularly strong opinion when with a group.

There are many other reasons why people may hedge on a decision, even at a restaurant. For instance, they may want to appear humble when out, and not want to become responsible for making an order for the group. So the omakase system is incredibly convenient: the decision is simply deferred to the shop staff.

Reason 2. Saving face?!
Anyone who needs specialized knowledge when ordering, such as sushi in an upmarket sushi restaurant or a fine wine in a French restaurant, will be nervous. At sushi restaurants, customers' perceptions of each other can be at stake: how well do you know your fish? And do you know what's in season, what isn't? Or the ideal order of fish to order up?

Similarly, in a French restaurant, you might be impressed with someone's knowledge by the way they select a bottle of wine. And your relationship with that person - coworker, lover, friend - can also bear on the impression you want to make with your own knowledge.

But instead of making a mistake, you can simply defer to the expertise of the staff - "omakase" - and not bear the weight of the decision, but still score points with your companions.

Reason 3. People trust professional opinions!
Shop staff are professionals and know how to read customers. They also know their products very well. While you can ask for an "osusume" (recommendation), you can also leave the full choice up to them.

And, if what's for dinner is left up to the staff as well, then they can come up with the ideal pairings for you. Many Japanese know this, and are happy to trust things to the pros.

What kind of services are available for Omakase? Learn about Omakase from restaurant menus to fashion, travel and moving! 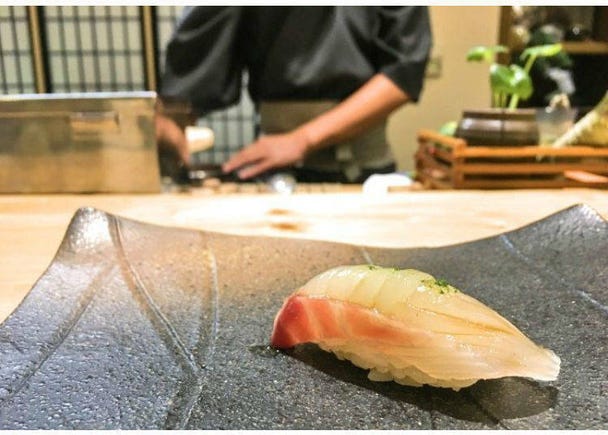 In general, expensive fish and relatively inexpensive fish are harmonized with seasonal fish, resulting in a pleasantly filling course at a reasonable price.

Even if you don't know what kind of fish you have, you can enjoy delicious seasonal fish because the sushi chef picks out makes their selection at market that day.

At a high-end sushi restaurant where there is no menu, omakase is especially handy. 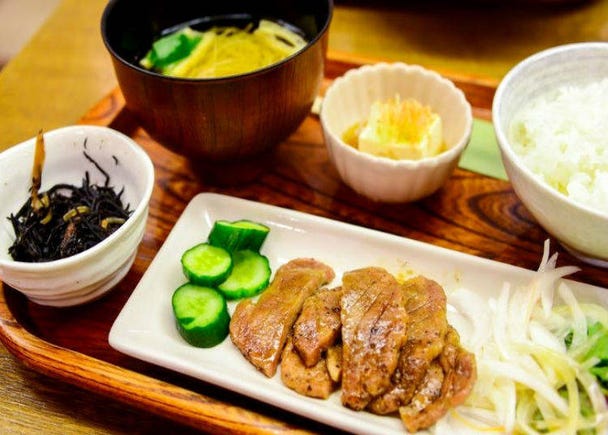 Most regular customers order without seeing the menu. And other newcomers will visit a particular shop simply because of its reputation for great food, and less for a very specific dish on the menu. So if you don't mind just letting the shop staff surprise you with something awesome, "omakase" it! 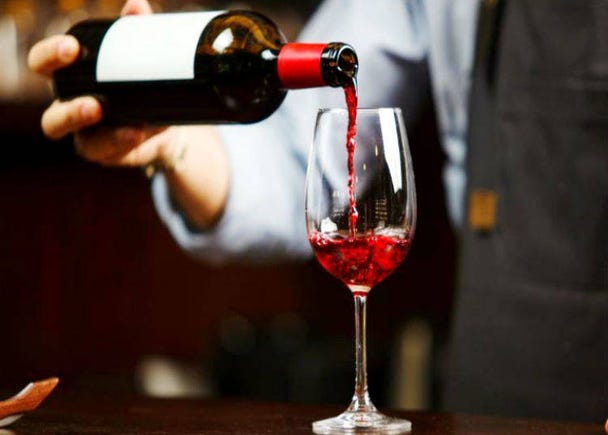 Restaurant wine omakase
Have you ever looked at the wine list in a sophisticated upscale restaurant and weren't aware of the brand or grape variety?

Ordering a sommelier's recommended wines will leave you with a lack of knowledge of wine and willingly agree with professional choices and judgments. If you instead share your budget with the staff and omakase it, they will pick the right wine for you - and you can enjoy just the right pairing at just the right price.

Omakase cocktail at bars
Head to a bar in Japan and you'll often hear people ordering their "usual" or their "special." Other times, you'll people asking for something "clear and easy to drink" or "sweet just like they are." Perhaps you're in the mood for something new and exciting, but aren't quite sure what to have. Omakase it!

Bartenders are also often looking to create something unique and new, so they are likely happy to be challenged by creating a surprise cocktail! 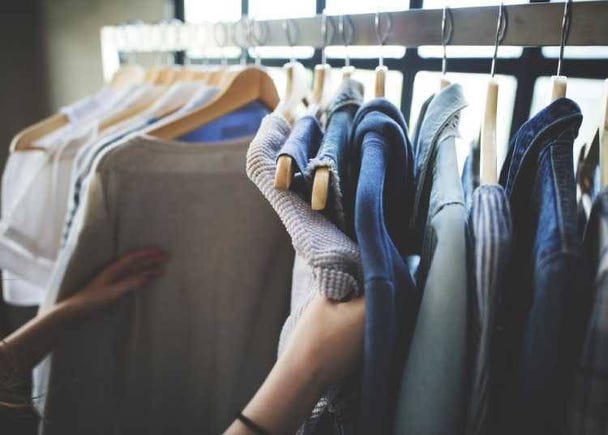 Fashion omakase
In recent years, fashion omakase services have been popping up in Japan, letting someone else make the decision of what looks best on you.

If you fill out the questionnaire with your preferences, the items you want to apply, your preferred pattern or color, accessories for body shape, size, and budget, the stylist will refer to this and your past purchase history. They then ship about 5-10 items and customers can buy only the items they want. It is a new sense of Omakase service that satisfies a variety of customer needs, such as those who can't take time out of their busy schedule to get new outfits, or who feel they don't have a good fashion sense. 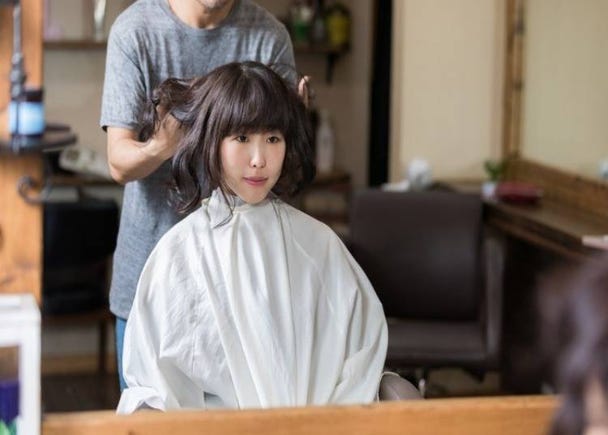 Omakase hair style in hair shops
In Japan you'd often see people leave their hair entirely to the hair stylist at their favorite hair salon. Some people insist on sticking to a certain hairstyle, while others just accept the new one suggested by the stylist. If you have a stylist who knows your tastes in consideration of the type of hair, the shape of your hair, and the like, you may want to try a Omakase Cut.

Fukubukuro (lucky bags)
In Japan, there is a product called Fukubukuro bags, which are sold at department stores and consumer electronics stores just after the New Year. Fukubukuro will often have a label telling what kind of contents they have inside and how much it costs, but nothing about specific products that are inside. Hence it can be seen as a kind of omakase gift set.

Generally, the value of what's inside the fukubukuro is several times the amount actually paid. If you don't mind being surprised, then these mystery bags are perfect for you. 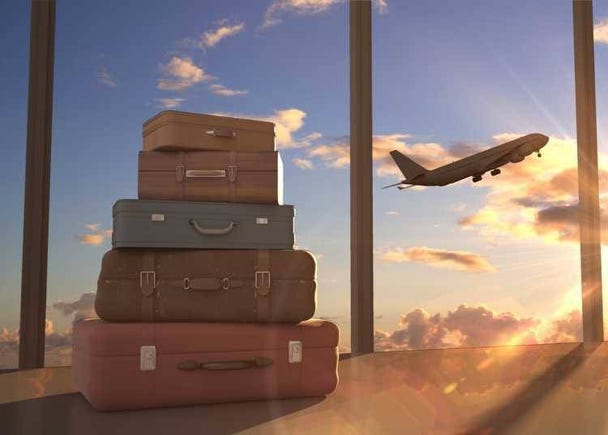 Destination Omakase Mystery Tour
Omakase even knows how to go on vacation! Surprisingly, in Japan there are services called Mystery Tours, which takes Omakase fully to your destination.

These kinds of trips are quite popular with people who want to "travel somewhere", but who either can't make up their mind about where to go - or who just enjoy being surprised. As the destination isn't disclosed, there's a thrilling feeling of anticipation too!

Director Omakase Pack Service
Even Japanese moving services include a package called the "Omakase Pack." With this, they take care of everything from packing to bringing in, opening and layout - and even handling garbage from the beginning to the end. In this way, people who do not have time to move or pack up quickly or who have difficulty moving, can have turnkey service.

Dinner menu Omakase
Even online meal services offer Omakase service! With these they regularly deliver dinners or dinner ingredients to busy people; simply choose what kinds of things you like and dislike, and they do the rest.

Is it possible to set conditions when asking for makase? Can I cancel? 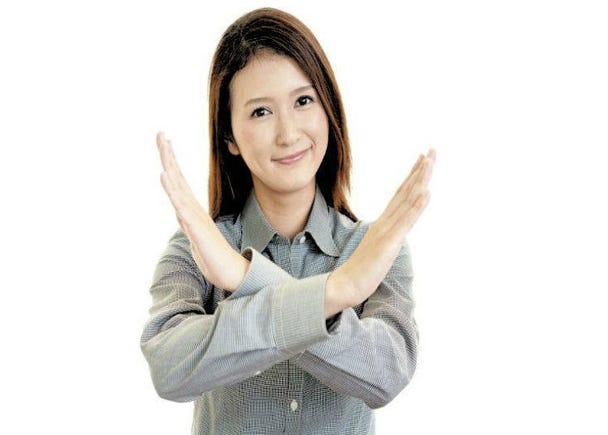 If you choose to go Omakase, it's polite to leave it all up to the professional. Few people ask for a sommelier's wine choices and ask them for something different after they've made their order and the bottle is opened. However, for food such as Omakase sushi, you can check and confirm the ingredients you don't like beforehand, and share allergies with the staff then too. If you have communicated your preferences or conditions beforehand, please enjoy the resulting adventure of Omakase!


How did you feel about the Japanese Omakase system? If you are new to an area, don't hesitate to leave it to the pros. New discoveries and joys you've never seen or eaten may be waiting for you.