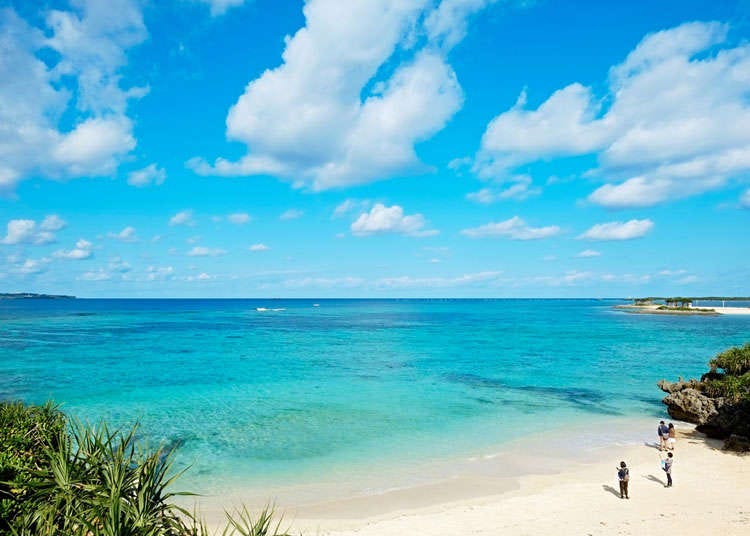 Guide to Marine Sports in Japan!

Many people have been familiar with swimming in the sea since they were children, and fishing is also a popular activity in Japan as it is surrounded by the ocean. Marine sports such as surfing are popular among Japanese as well. 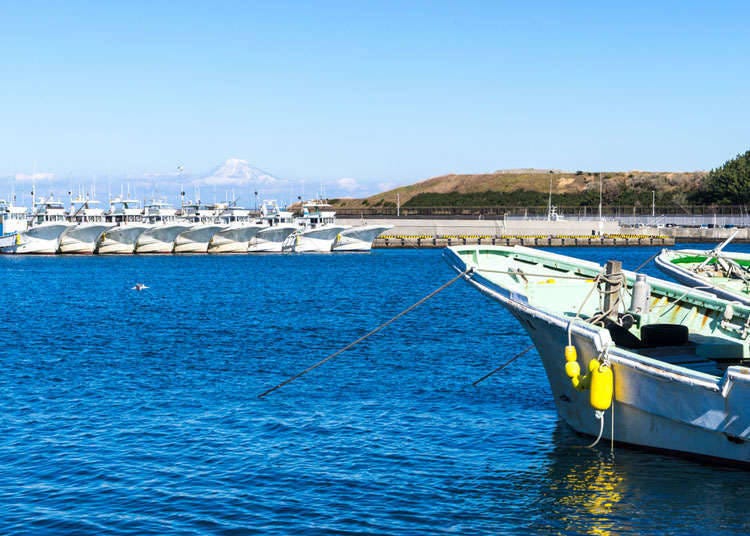 Please keep in mind that swimming is not permitted at many beaches after August due to the increasing number of typhoons and jellyfishes. Sea fishing is a popular activity, and you can go boat fishing as well as enjoy fishing at the port of each area. There are fishing boat tours available for a price, and the lectures for the beginners are also available, so we recommend trying them out especially if you like fishing. Surfing and scuba diving are also popular activities in the warm areas, and there are tours to experience sports that utilize motor boats or water crafts including parasailing and jet skiing. 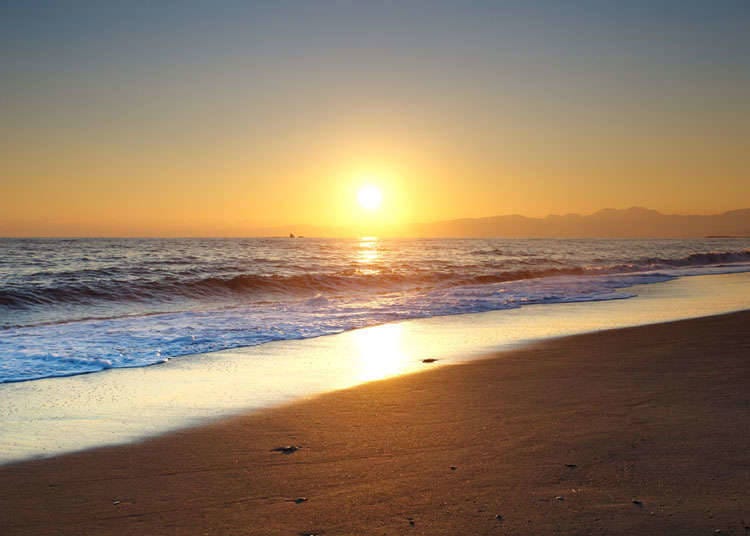 Enoshima Island, Fujisawa and Chigasaki in Shonan area of Kanagawa, Kujukuri in Chiba, and Oarai in Ibaraki are the most major surfing spots, so these places can get crowded on the weekends during summer. Many resting places called umino-ie (seaside clubhouses) are built in the Shonan area during the swimming season from July to August, where you can eat and drink. The sight of people relaxing in the seaside clubhouses has been considered as a Japanese summer tradition. Izu and Shimoda in Shizuoka are a little further away from Tokyo, but the beautiful beaches there also attract many people.

When is beach season in Japan? 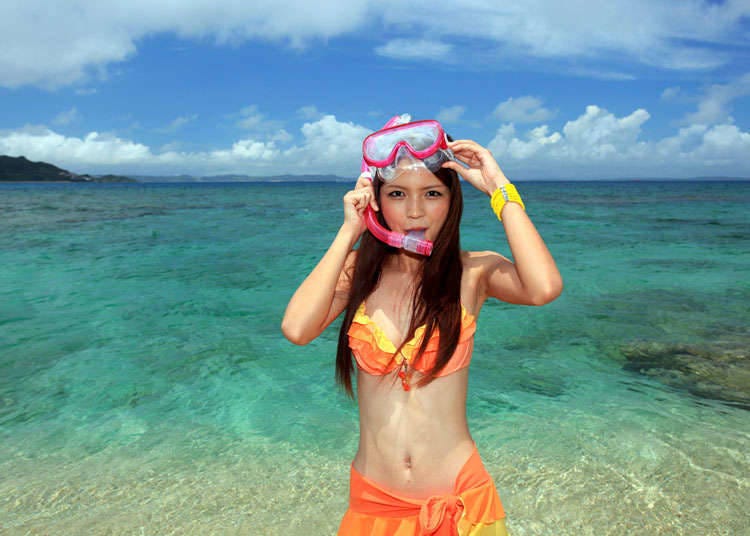 In the Shonan area, swimming is permitted from the beginning of July to the end of August, and swimming in the sea in the other periods are basically prohibited.

Because Okinawa is located in south of Japan and has a higher average temperature, you can swim in the sea there from April from October, so it is considered as the Mecca of marine sports. There are rental surfboards available at the major beaches such as those of the Shonan area. Rental snorkeling equipment and canoes are available at the popular tourist areas like Okinawa.

Slice of Paradise! 10 Serene Beaches In And Around Tokyo 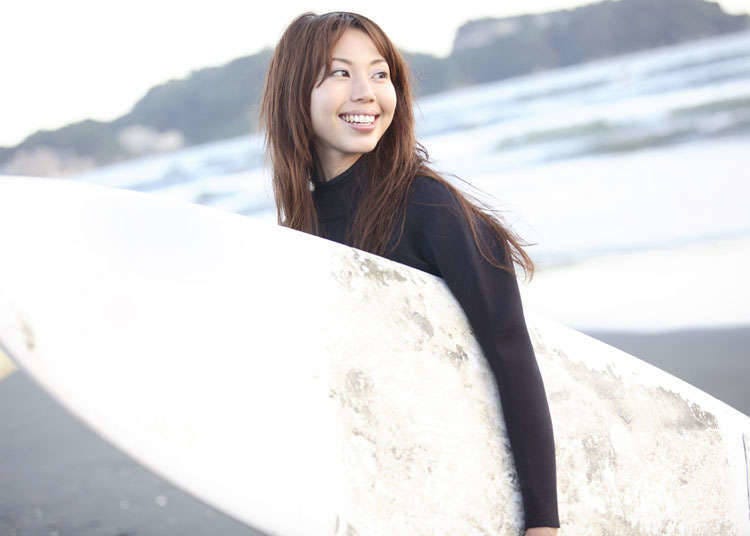 Surfing has become a fad since the late 1970s in Japan, and in the Shonan area, there are many people who enjoy surfing before going to work. The long boards used to be the standard equipment, but the short boards are now getting popular throughout Japan. Body boarding has become a fad since 1995, and stand up paddle surfing is also becoming popular. The rental equipment is often available near the surfing points. 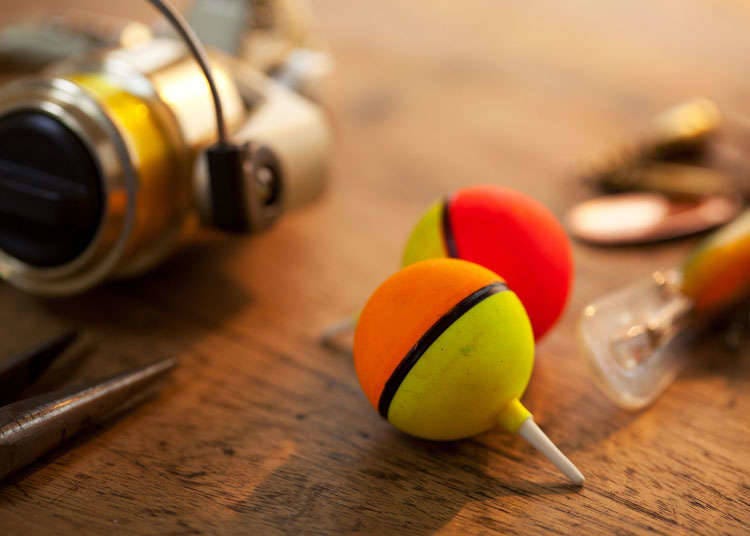 You can fish various types of fish including horse mackerels and sardines at the sea surrounding Japan. Japan fishing tours are also available.

One of the popular fishing styles is the one using a fishing float. There are also other finishing styles such as the lure fishing style, and the styles vary depending on the location and/or purposes. Rental lures are not very common, so be sure to check the availability in advance to enjoy fishing.

Snorkeling and Scuba Diving in Japan 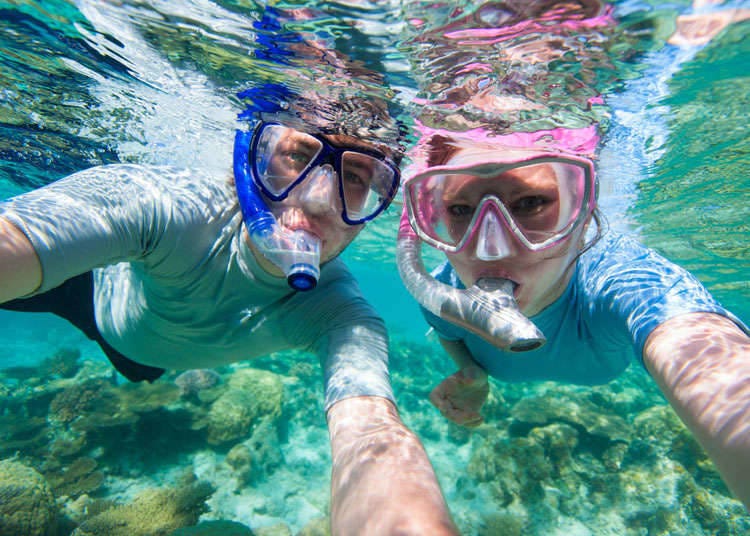 Scuba diving and snorkeling are popular activities, and many people enjoy them at beautiful beaches such as Izu, isolated islands including Ogasawara islands and Okinawa. Under the law of Japan, to enjoy scuba diving, one needs to have a license or take lecture courses about scuba diving. Most of the lecture courses in Japan are held in Japanese, so if you are not fluent in Japanese, make sure to get a license in your home country. Children can enjoy snorkeling as it does not require any license. You can easily rent equipment at the beach in many tourist areas.