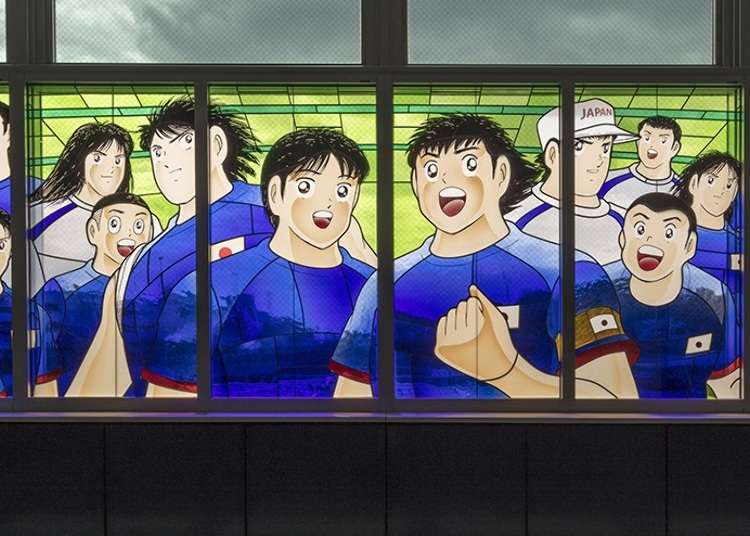 There’s no anime fan who doesn’t know of Captain Tsubasa, Japan’s most famous soccer export! The character even made a prominent appearance during the Olympic Games of 2016, when he teased Tokyo’s 2020 games alongside other pop culture icons. Now, Captain Tsubasa and his team grace Urawa-Misono Station in Saitama Prefecture as beautiful stained glass art! 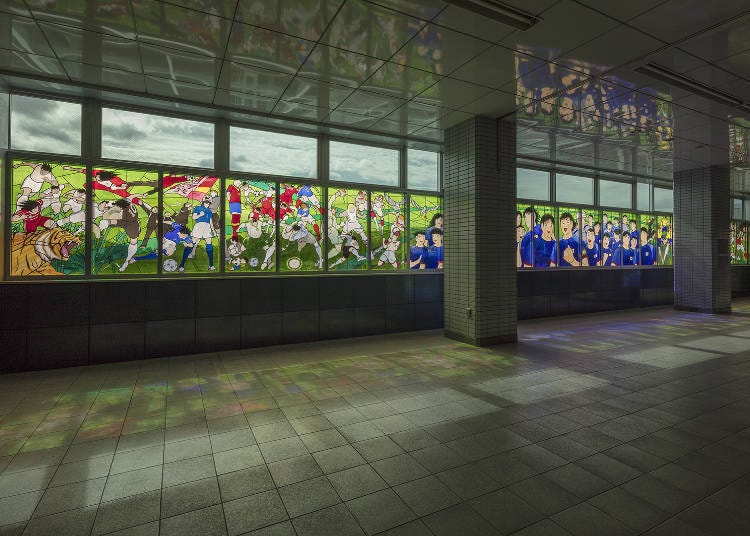 This Captain Tsubasa stained glass piece is the 526th work of the Japan Traffic Culture Association. Its proper name is Captain Tsubasa : Spread Your Wings Around the World — and was, of course, illustrated and supervised by none other than Yōichi Takahashi, the creator of Captain Tsubasa himself. This massive public artwork spans 20 meters in width and depicts a total of 99 characters from the famous series. Captain Tsubasa hasn’t only been a massive success in Japan but also overseas, particularly in countries with a love for soccer itself.

This artwork wasn’t just created to bring a smile to the faces of commuters, but also to attract both soccer and anime fans from Japan and all around the world. It makes the station more than a pure necessity and infuses it with character, making people pause in their step and thus spreading the charm of Japan’s pop culture to every passer-by! From locals to tourists, standing face to face with Captain Tsubasa is sure to make for an unforgettable memory and to brighten everyday life! 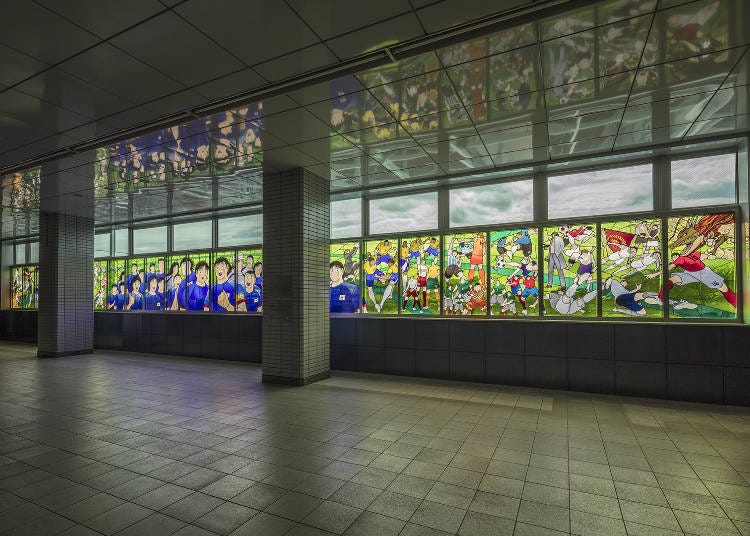 The work’s mission:
・This artwork seeks to both showcase and spread the importance and charm of public art, via the iconic work of the world-famous mangaka Yōichi Takahashi and the beauty of stained glass.
・Another goal of the stained glass work is to introduce people to art and thus raise public morale.
・Revitalizing Saitama and the local area by boosting tourism. 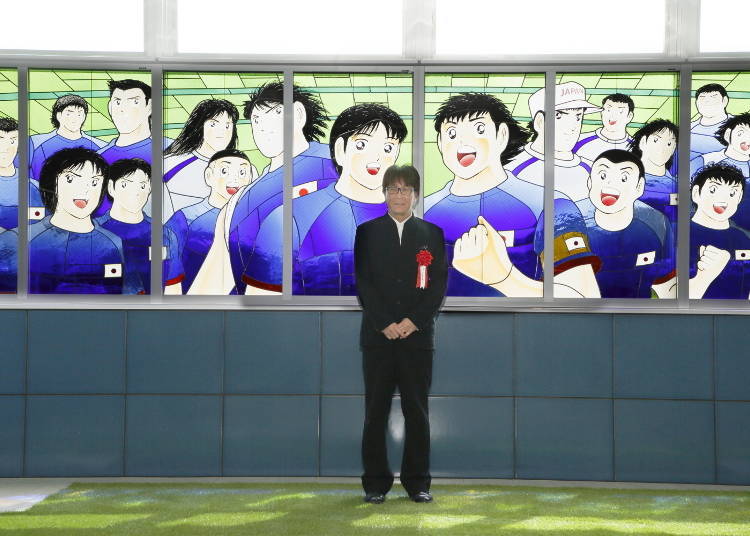 Artist’s Profile:
Yōichi Takahashi (高橋陽一)
Born in Katsushika Ward, Tokyo.
In 1980, he debuted as a mangaka with Captain Tsubasa (published by Shueisha). This work was turned into an anime in 1983, contributing to the popularity of soccer in Japan and internationally. Captain Tsubasa even inspired now-famous soccer players all around the world and is a popular anime even today.

Currently, Captain Tsubasa: Rising Sun is published in the Grand Jump magazine. In June of 2016, the series celebrated its 100th volume and an all-new Captain Tsubasa anime will start airing in April 2018. On top of being a manga artist, Yōichi Takahashi also is an active supporter of Katsushika’s Nankatsu SC soccer club. 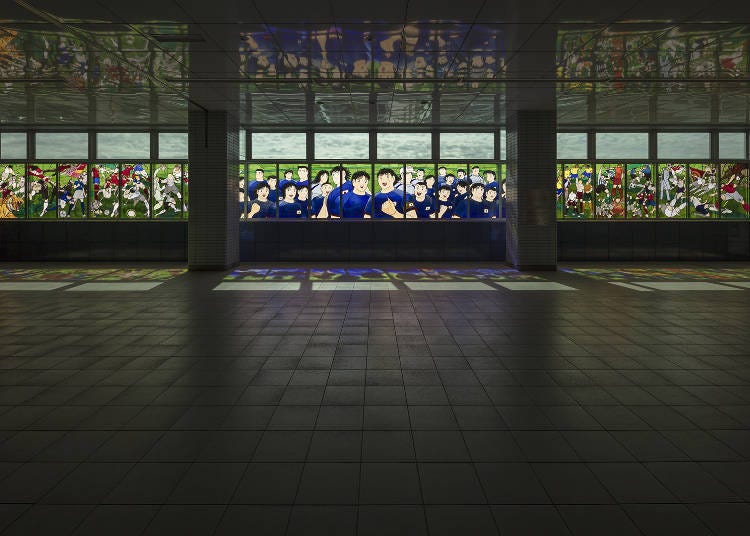 (C) Yōichi Takahashi／Shueisha
*This information is from the time of this article's publication.
*Prices and options mentioned are subject to change.
*Unless stated otherwise, all prices include tax.