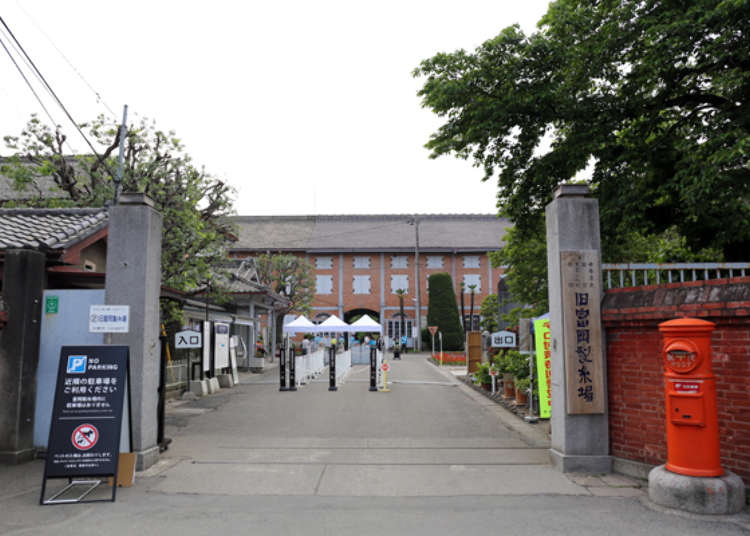 Opened back in 1872, the state-owned Tomioka Silk Mill was Japan's very first industrial factory that used modern Western technology. Over a century later, the entire complex was registered as a World Heritage Site in 2014. The many historic buildings offer an amazing and vivid glimpse into Japan's industrial past and are a must-see for both national and international tourists!

The History of Tomioka Silk Mill 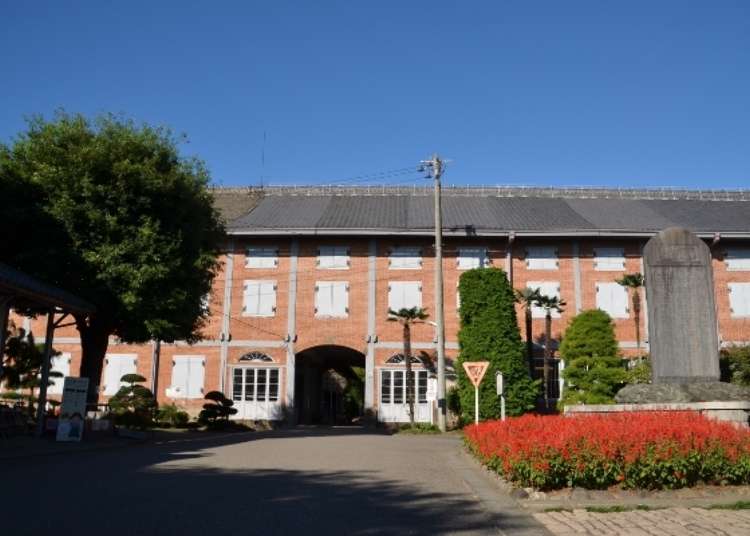 The end of the Edo era also marked the end of Japan's policy of seclusion, and with this figurative opening of gates, both diplomacy and trade immediately started to thrive. In particular, the overseas demand for Japanese raw silk was huge demand overseas - but this very demand also caused a lot of low-quality produce to flood the market. Finally, the Japanese government felt compelled to intervene and the Tomioka Silk Mill was built as the new national standard for raw silk production. While the management changed numerous times, the silk mill continued its operations throughout the Showa era. Only when the raw silk demand dwindled, Tomioka Silk Mill closed its doors in 1987, after an astounding 115 years of operation. Today, parts of the mill are open to the public to be explored.

Making Use of Guided Tours and Audio Guides 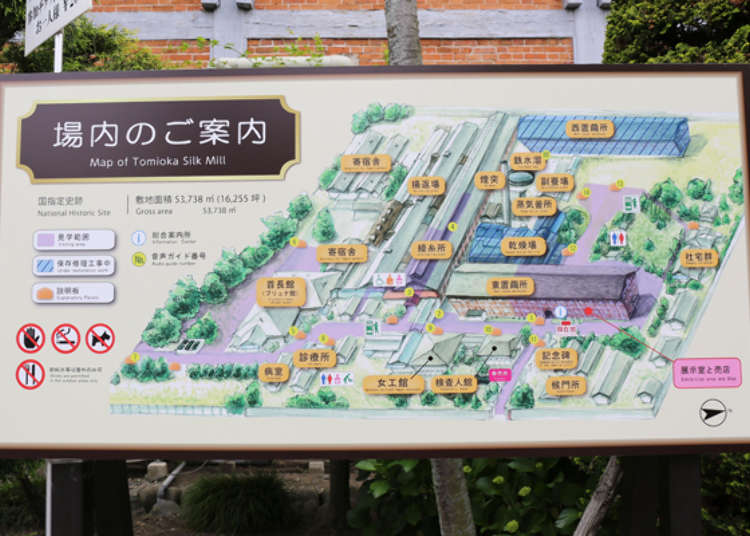 Two of the buildings that are currently open to visitors are the East Cocoon Warehouse and the Silk-reeling Plant. Audio guides in multiple languages can be rented for 200 yen, offering useful explanations while walking the historic site. Another way to explore Tomioka Silk Mill is by making use of the QR codes scattered around the buildings - with a quick smartphone-scan, explanations about the various things to see will pop up on the device's screen. Guides also offer yours, giving unique insight into the silk mill. The tours are available in Japanese only, however. 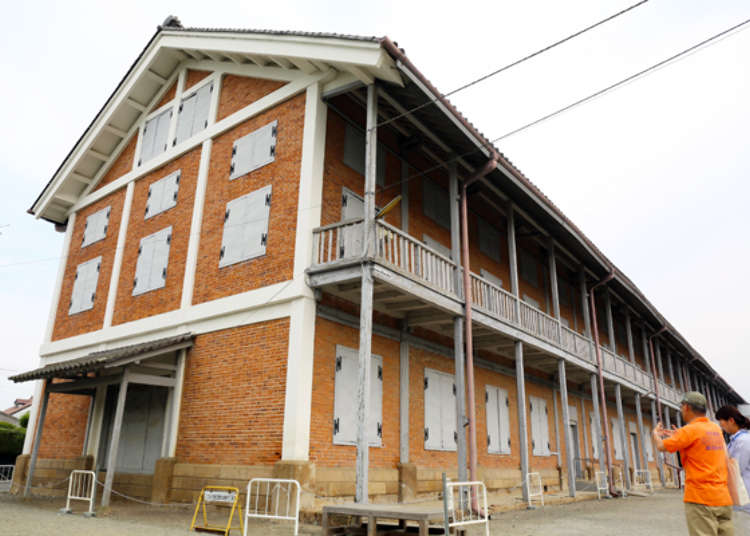 The huge, two-story West Cocoon Warehouse was primarily used to store cocoons. Japanese craftsmen constructed the building under French leadership, which is precisely why the warehouse has such a distinctive Western architecture with its timber-framing. On the first floor, silkworms are being exhibited to get an idea of what the little critters actually look like. Besides other exhibition rooms, there's also a shop that sells high-quality "Tomioka Silk" products, woven from cocoons raised by Tomikoa's silk farmers.

Getting Crafty: the Silk Reeling Demonstration 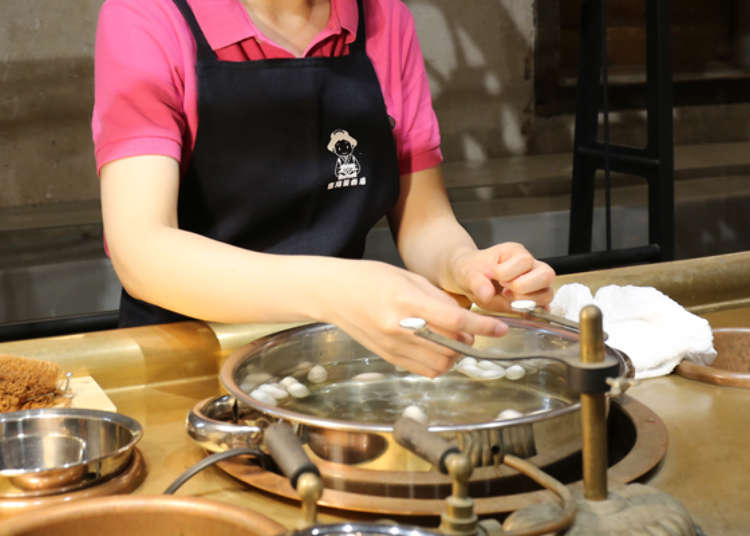 From Monday to Friday, demonstrations of the French silk-reeling machines can be observed next to Tomioka Silk Mill's shop. On Saturdays, Sundays, and national holidays, visitors can even glimpse further back into history, as the traditional silk-reeling machines are being demonstrated then, those that outdate the French inventions. The quick, rhythmic hand movements with which the silk is reeled aren't only mesmerizing but it also gives a vivid impression of what the work of a silk reeler actually looks like.

Slip Back in Time at the Silk-Reeling Plant 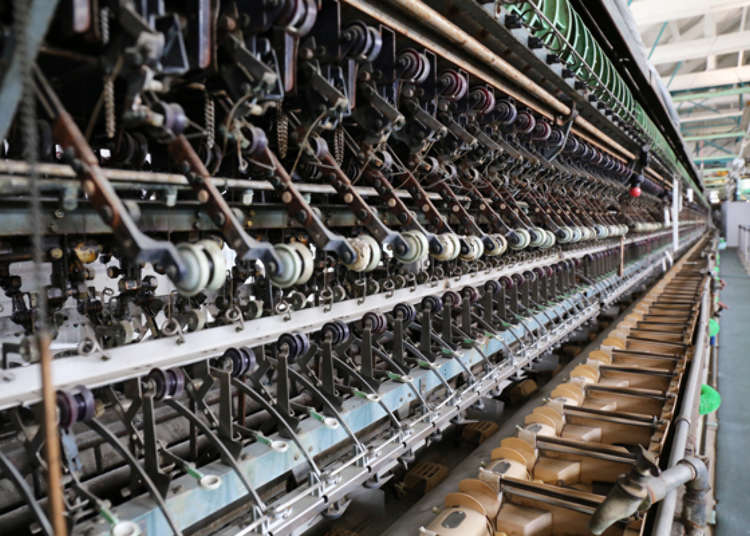 Tomioka Silk Mill's Silk-Reeling Plant seems like it has been untouched by time ever since the opening of the factory. The massive French reeling machines line up next to one another, once in constant movement, now shut down to be examined by curious visitors. It seems like they have been frozen in time, along with the legacy of this historical place. 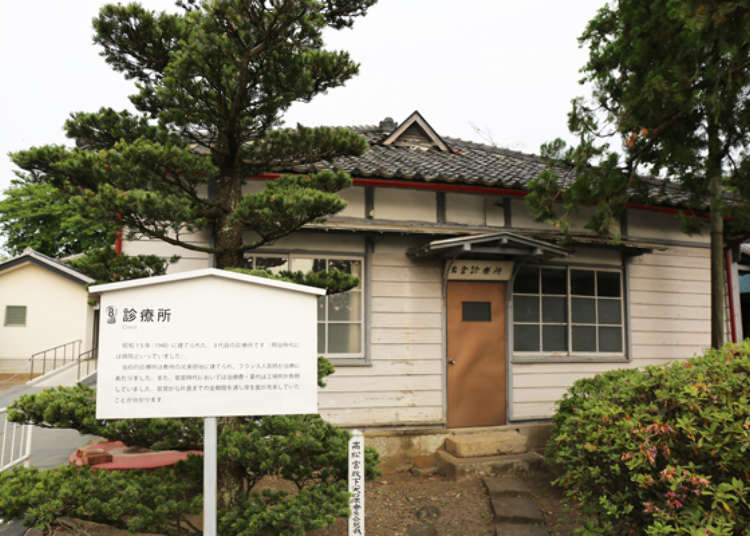 Paul Brunat was the French director of Tomioka Silk Mill and did not only supervise its construction but also the silk production. He and his family lived in a beautiful colonial-style house right next to the factory and after he left, his house were turned into the sleeping quarters for the female workers. Next to sleeping, the building was also used for leisure and education activities of the workers - Sunday was their day off. Not far from the house is the complex' clinic and while it cannot be entered, it is still worth a look from the outside.
The West Cocoon Warehouse is currently undergoing renovations that are scheduled to be completed in 2019.