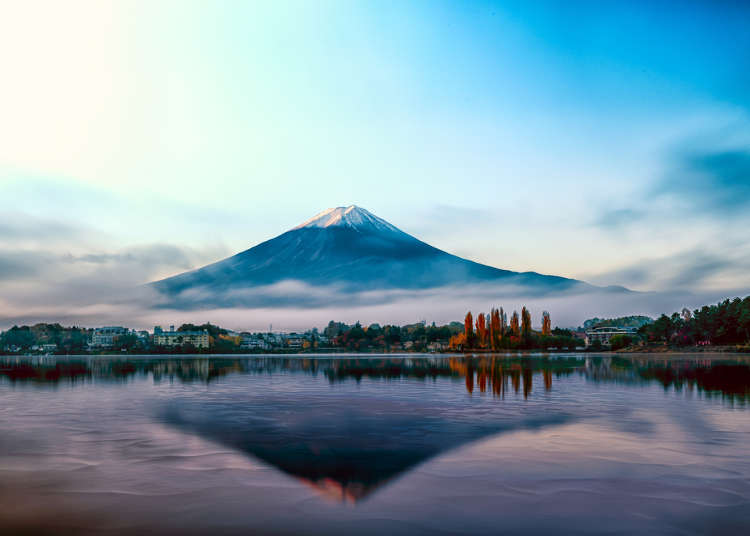 "Mt. Fuji Has a Hidden Meaning?" 10 Weird Mount Fuji Facts You Can Brag About Knowing!

Mount Fuji is Japan's most famous mountain, its iconic shape present in the country's art, currency, and even pop culture. But while you might be familiar with Mount Fuji, how much do you really know about it?

Here we've included several lesser-known trivia about the mountain that is super interesting! For example, what is Red Fuji, and why is it considered an auspicious sight? Also, is there really an unidentified mysterious animal called Mossie lurking in the nearby Lake Motosu?

Join us on this intriguing journey through a few Mount Fuji facts, and let your curiosity be tickled! 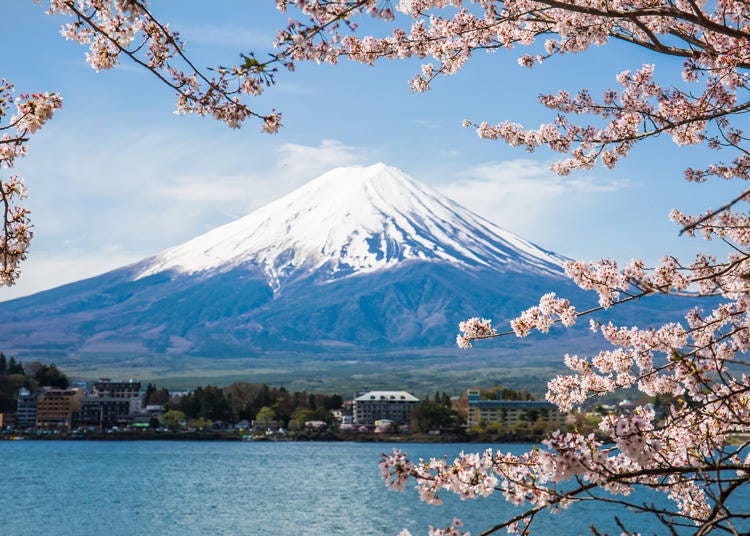 Mount Fuji has several meanings behind it!

What is the significance of Mount Fuji's name? Plenty of possibilities have been proposed regarding its origin.

Currently, the way Mount Fuji is written in Japanese (富士山), it means Prosperous Mountain, but a popular theory says the name was originally written to mean Peerless Mountain (不二山), since it is a mountain that is like no other in Japan.

Another theory suggests that the elixir for immortality mentioned in The Tale of the Bamboo Cutter was concocted at the peak of Mt. Fuji, so the mountain's name was originally Immortal Mountain (不死山).

Yet another theory claims that because snow never disappears from the summit, the name originally meant Inexhaustible Mountain (不尽山). Of course, these are just hypotheses that can't be verified, but it's certainly interesting to know how Mt. Fuji can mean so many different things to different people!

2. Why is Red Fuji considered auspicious? 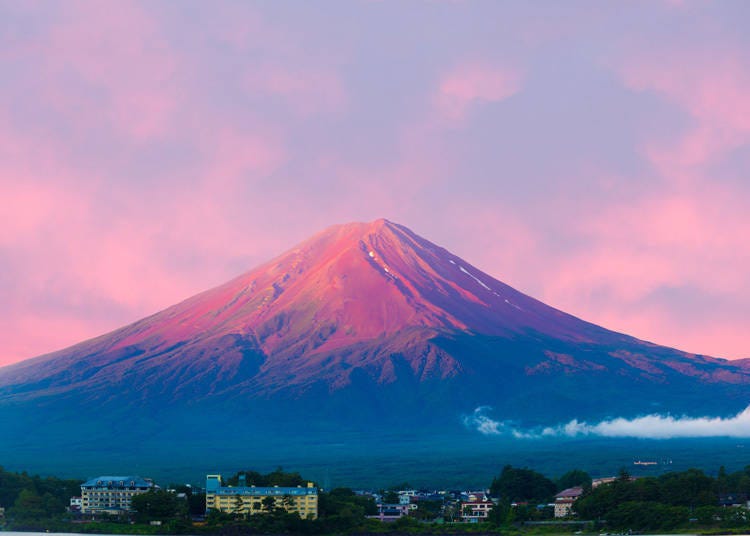 Some time between the tail end of summer to the start of autumn, the rising sun sets Mt. Fuji alight with a fiery color in a phenomenon known as Red Fuji. Since this sight is only visible for a very limited period of time, those who manage to catch a glimpse of it are considered lucky, and many believe this rare sight will bring about business prosperity for them or ensure that their wishes come true. Another traditional belief about Red Fuji is that it increases fertility, since it seems to make Mt. Fuji resemble a pregnant lady dealing with birth pangs.

3. "Dokkoisho" is said to have originated from Mt. Fuji 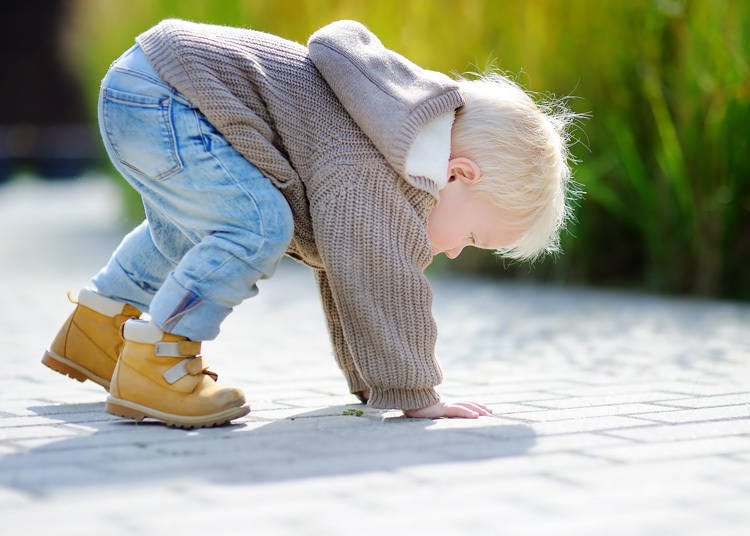 "Dokkoisho" is something like the Japanese version of "heave-ho". This is a phrase many Japanese say when making some effort to stand up from a seated or lowered position, and there is a theory going around that the phrase originated from Mt. Fuji.

The mountain has a long history of being a central religious site for the Japanese, and pilgrims were thought to have chanted the phrase "Rokkon Shōjō" as they made their way up to the peak of this sacred mountain as part of their pilgrimage.

Rokkon refers to the six sense organs of humans - eyes, nose, ears, tongue, body, and mind. The phrase Rokkon Shōjō literally means to purify the six sense organs, and when spoken with an accent, it sounds like Dokkoisho, becoming the basis of this theory. 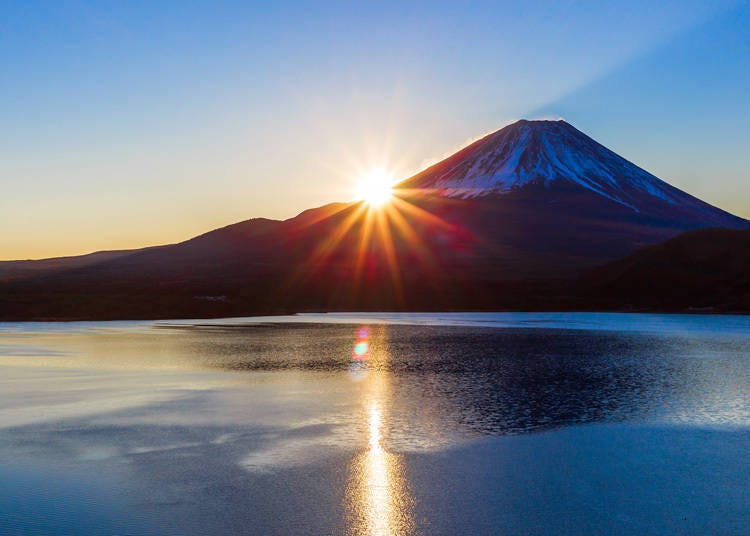 Japan has a Loch Ness Monster of its very own?!

In the 1970s, an unidentified mysterious animal (UMA) later named "Mossie" was sighted in Yamanashi Prefecture's Lake Motosu, and it caused a huge stir at the time.

Mossie is said to be 30 meters (about 98 feet) in length, with a few humps on its back and a crocodile-like rugged body. Like Nessie, however, the real identity of this UMA remains enshrouded in mystery down to this day.

Nevertheless, there are many theories. One of the most well-accepted one is that it was probably an enormous sturgeon that was released into Lake Motosu during the time of its alleged sighting.

Sturgeons don't usually grow to the size of the reported UMA, but the conjecture is that being released into Lake Motosu gave it a unique growth environment, allowing it to reach the size purported in the claims. 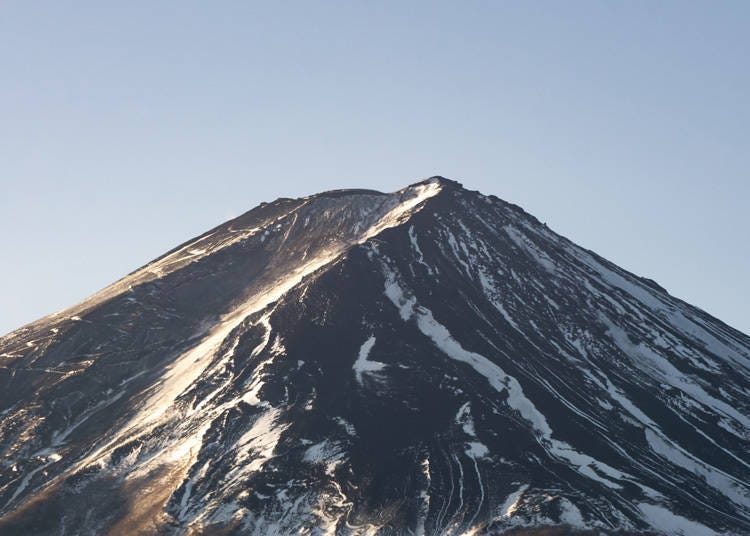 It's common knowledge nowadays that Mt. Fuji is the highest mountain in Japan, but there was a period of time when it was actually runner-up, that period of time being between 1895 and 1945, when Taiwan became Japanese territory as part of the Treaty of Shimonoseki after the Sino-Japanese war.

In Taiwan, there is a mountain called Yushan which is 3,952 meters (about 12,965 feet) above sea level - that's slightly higher than Mt. Fuji!

Because Yushan was one of the highest mountains on Japanese soil back then, it was given the name Niitakayama (meaning "new high mountain").

6. Mt. Fuji was the first ski site in Japan 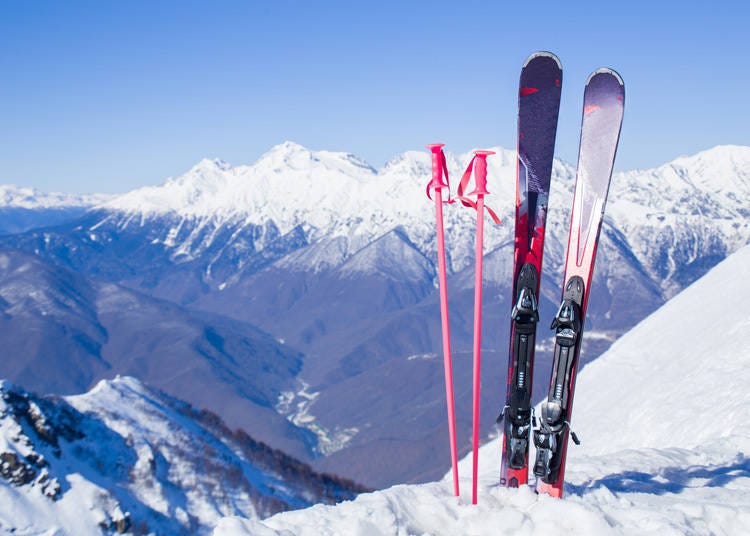 Skiing is a representative sport of the winter season, and many today still flock to ski resorts when winter rolls around to have a bit of fun in the snow. Bet you didn't know that Mt. Fuji was actually the site of the very first bout of ski activity in Japan!

Back in 1911, when Austrian soldiers, Major Theodor Edler von Lerch - known as the father of skiing in Japan - and Egon Edler von Kratzer skied down from the 9th stage of Mt. Fuji, it marked the start of the sport in Japan.

There's still a plaque on the 5th stage of Mt. Fuji commemorating this event down to this day! Here's another trivia for you: The first two Japanese to successfully ski downhill from the Fuji mountaintop were Kōki Takei and Hajime Katsuda in the year 1935.

7. The peak of Mt. Fuji is private territory 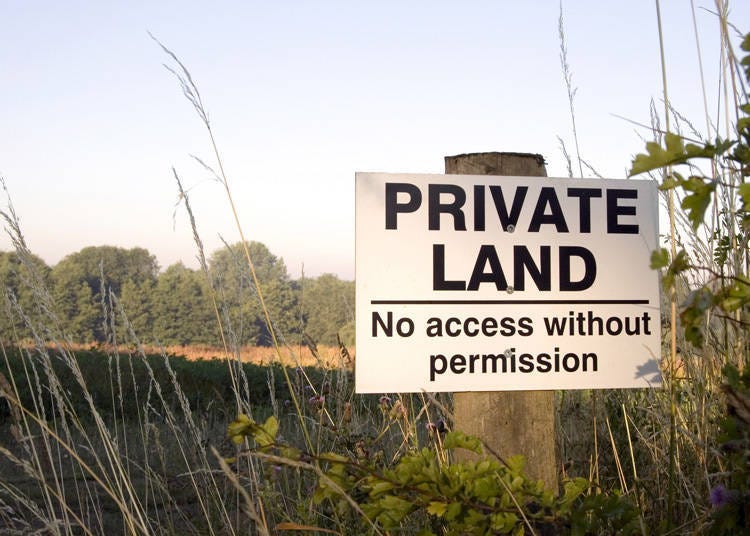 Mt. Fuji strides across Shizuoka Prefecture and Yamanashi Prefecture, so debates about who actually owns the place come up from time to time.

Many naturally assume as a Mount Fuji fact that such an iconic mountain would be owned by the state. But the truth is, from the 8th stage and upwards, Mt. Fuji is the private territory of Fujisan Hongū Sengen Taisha, which owns more than 1,300 temples around the island nation.

For a period of time in 1871, the Meiji government did in fact nationalize Mt. Fuji. After World War II, government-owned sites from around the country were returned to the temples and shrines they originally belonged to, but the mountaintop of Mt. Fuji remained nationalized.

Sengen Taisha took the country to court and won a judgment recognizing them as the rightful owner in 1974. In the year 2004, the land was officially returned to Sengen Taisha. 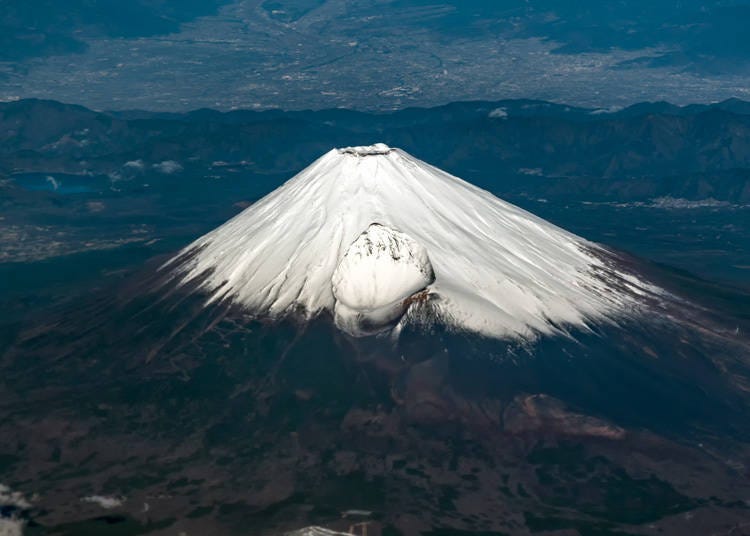 Mt. Fuji is a popular place that many mountaineers try to tackle during the summer climbing season, giving the impression that it's completely safe and harmless. But, wait! Did you know that Mt. Fuji is actually still considered an active volcano?

Because the last time Mt. Fuji erupted was more than 300 years ago, for a while it was classified as a dormant volcano. Some time around the 1960s, however, the Meteorological Office changed the definition of an active volcano to all volcanoes that have ever been recorded to erupt before.

9. The first woman to climb Mt. Fuji disguised herself as a man 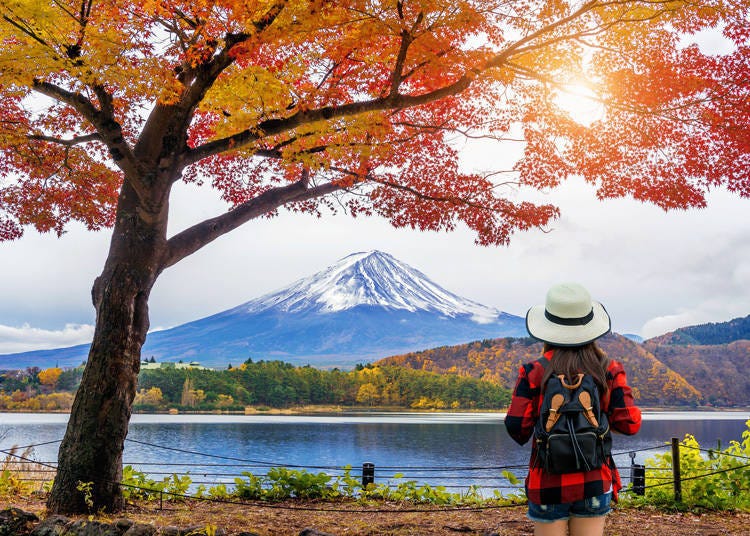 Until 1872, women were prohibited from climbing Mt. Fuji

Nowadays, Mt. Fuji is an enjoyable mountain climbing site for both men and women, but did you know that women were prohibited from this activity until 1872?

Specifically for Mt. Fuji, women were only allowed up to the 2nd stage.

Back then, pilgrims would journey up Mt. Fuji for seclusion training, and having women around apparently interfered with the training, hence the prohibition.

Therefore, when Tatsu Takayama, a woman who really wanted to climb Mt. Fuji made her climb, she had to clip her hair short and dress up as a man to do so - a show of her steely determination.

In 1833, Tatsu and five other men reached the summit without incident, and that's why she's said to be the first woman to climb Mt. Fuji.

After this, Tatsu became an advocate for gender equality and worked towards lifting the prohibition on women climbing Mt. Fuji.

10. Who was the first non-Japanese to climb Mt. Fuji? 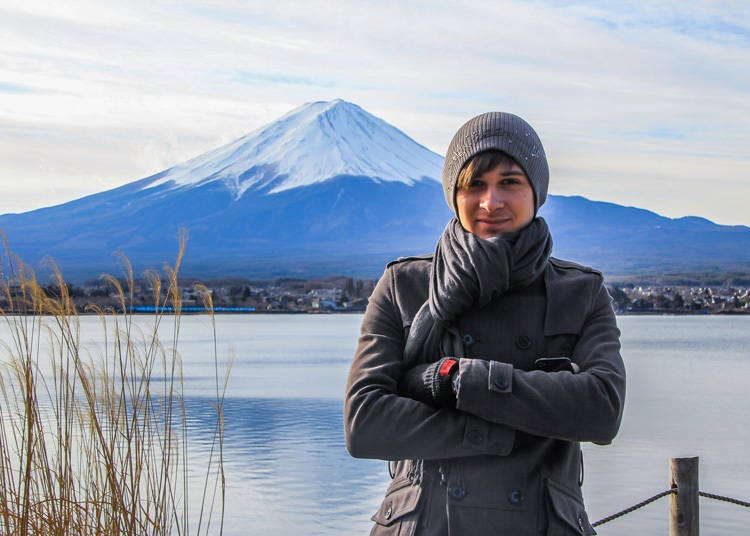 Sir Alcock was the first British ambassador in Japan. He reached Mt. Fuji's summit in 1860 together with his pet dog and 100 guards and is said to be the first non-Japanese to climb Mt. Fuji to the top.

This experience was recorded in one of the books he later wrote, The Capital of the Tycoon. The first non-Japanese woman to reach Mt. Fuji's peak was Lady Fanny Parkes in the year 1867.


What a ride that was! We hoped you enjoyed picking up some new Mount Fuji facts. As a sacred mountain that has been an object of reverence for many Japanese throughout history, Mt. Fuji has a treasure trove of relatively unknown legends and traditions that have been passed down from generation to generation, and we've barely just scratched the surface here.

Hopefully, the trivia presented in this article has made you more interested in getting to know this beautiful and iconic mountain better!