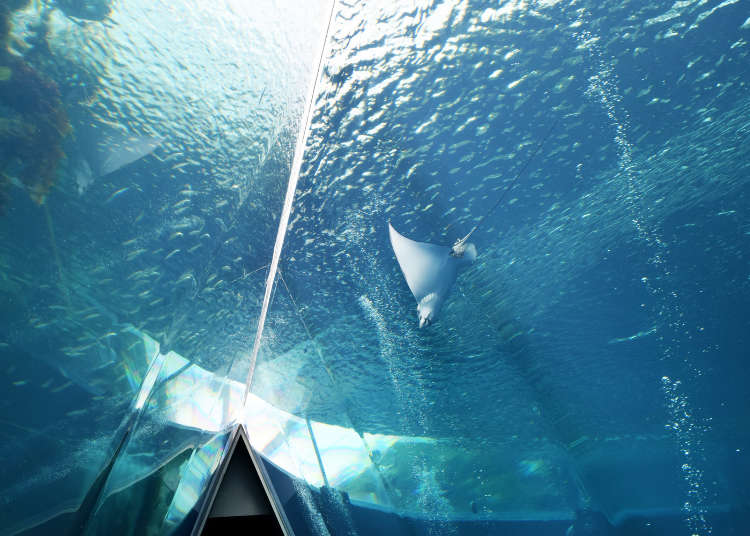 Aquamarine Fukushima - officially, Marine Science Museum of Fukushima Prefecture, is one of the largest aquariums in Tohoku.

Here, around 800 types of animals - 70,000 creatures in all - are living inside of the glass dome. The exhibition reproduces the life of living creatures allowing you to see them as they are. There are some creatures which you can see only in this aquarium.

Where is Aquamarine Fukushima? 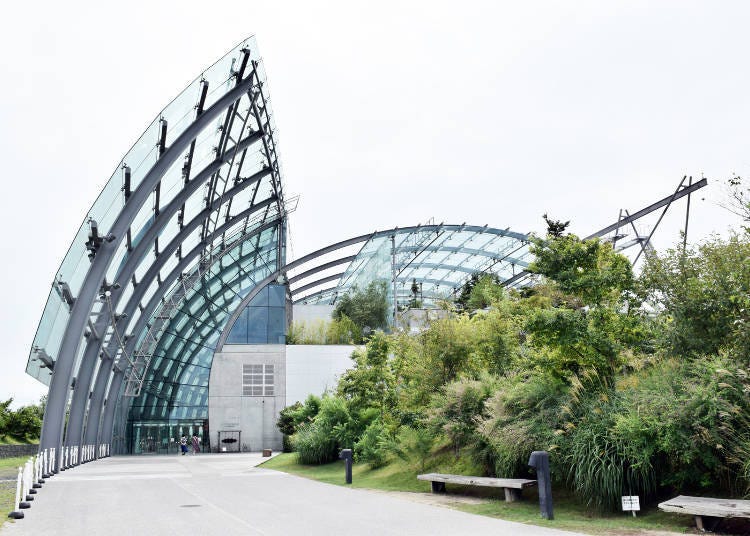 Aquamarine Fukushima is located in Onahama, Iwaki City, Fukushima Prefecture, which is in the southern part of Tohoku. It takes about 2 hours and 10 minutes using the Joban Line Limited Express of JR Ueno Tokyo Line from Tokyo Station. A 15-minutes ride in a taxi or bus leaves you at the gate. Express busses run three times a day between Onahama and Tokyo mainly on Saturdays, Sundays and holidays. 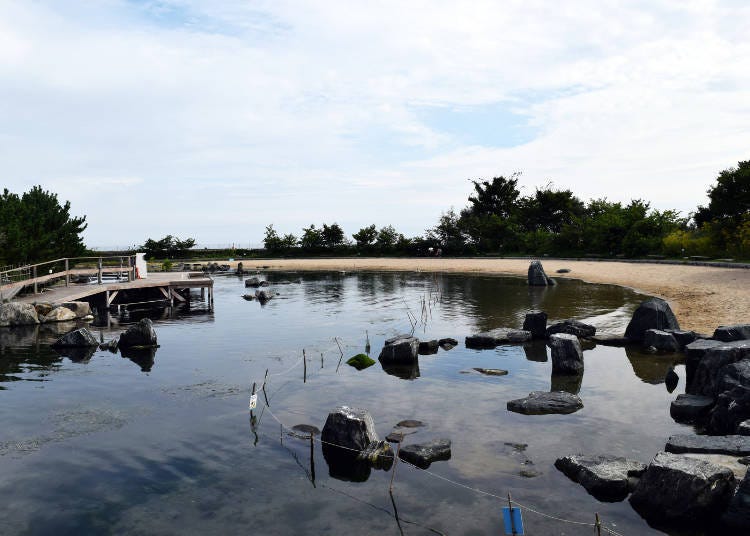 This Fukushima aquarium takes good care of reproducing the environment where their creatures live.

For instance, in the “Fukushima river and coastal region” and the ”Waterside of tropical Asia”, the environments have been reproduced in such a way that you might forget you are inside of an aquarium. Also, its ceiling is well thought out. It’s made of glass to show you the surrounding wildlife.

There is a 4,500 square meters outdoor man-made beach which is called Janome Beach. You can enjoy the beach and touch starfish, sea urchins and other living things.

Let’s walk under the sea! Shiome-no-Umi: A huge water tank 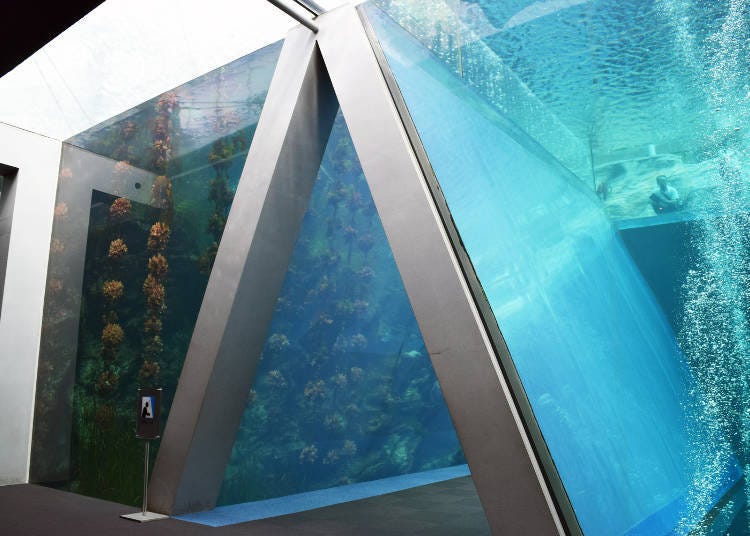 The left and right sides of the aquarium are divided into the Kuroshio area and the Oyashio area. There are skipjack tunas and sardines swimming on the Kuroshio area. While the other side is filled with the greenery seaweeds and sea squirts living in a group. 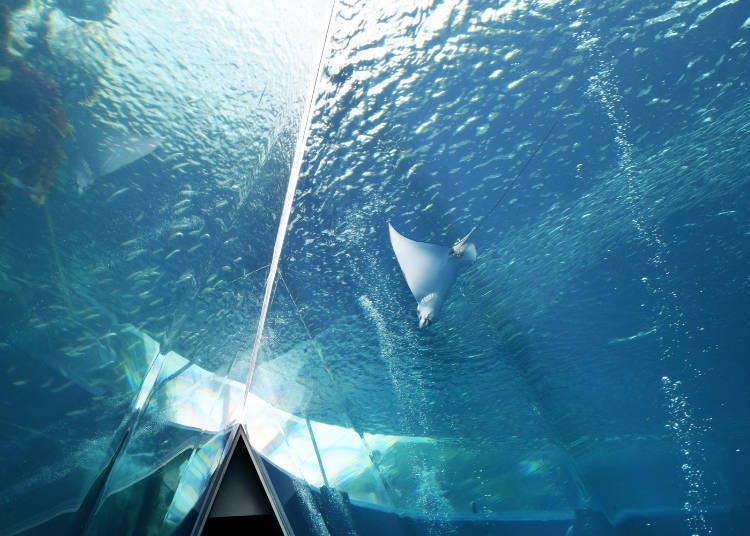 There is a reason for the shape of this Fukushima aquarium. It makes you feel as if you are walking under the sea when you through the aquarium with the sunlight coming from above. This water tank is well known as a good place to take pictures. The pictures tend to come out more beautiful especially in the mornings.

Enjoy Sushi while gazing out at this Fukushima aquarium 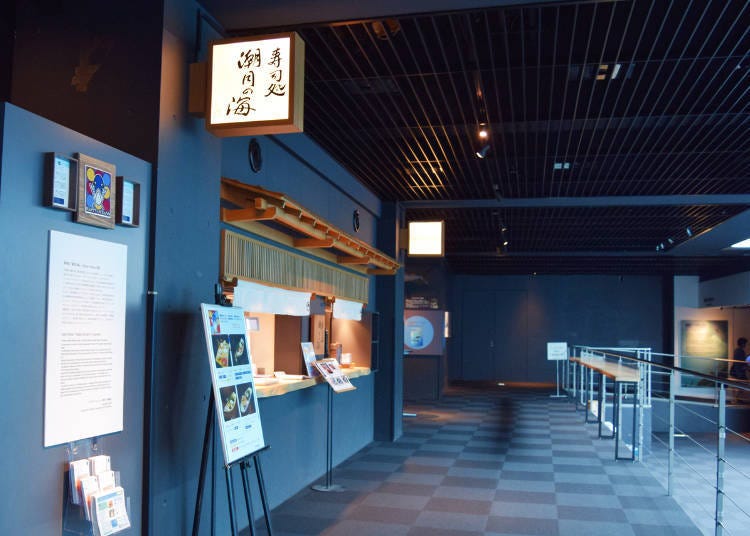 Surprisingly, there is a sushi bar in across of Shiome-no-Umi, called “Sushi dokoro Shiome-no-Umi”. There is bar counter in the restaurant, and you can enjoy eating sushi while watching the fish swimming inside the triangular aquarium. This restaurant incorporates the desire of the aquarium to offer the visitors fish which is obtained through fair trade and a stable environmental stock. 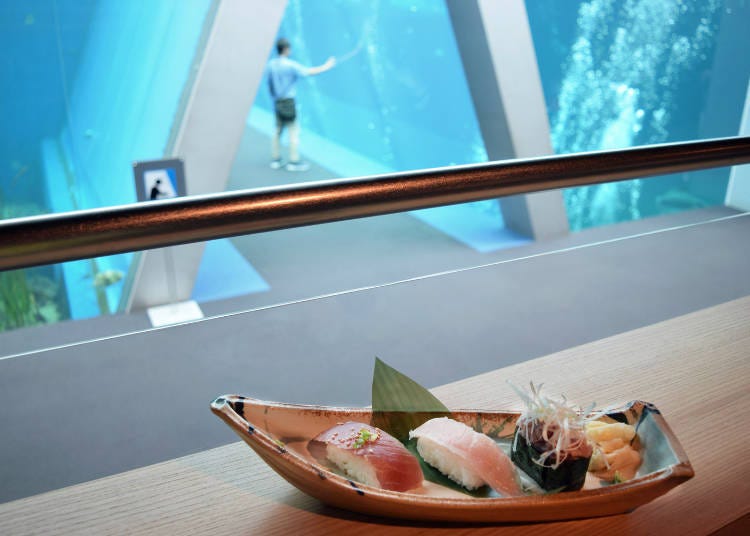 For example, the yellowfins and long fin tunas which have a stable catch through all season are used in the “Earth number one/Chikyu Ichigo (tuna Dzukushi)” (825 yen). Also, they have “Shiome no Sushi/Sea Tide” (1,650 yen) which has 8 pieces of sushi and “Naminori Sushi/Surfing sushi” (715 yen) which comes with a small rice bowl together with 2 pieces of sushi. Although the sushi toppings change every day.

Why don’t you enjoy the sushi in the aquarium? 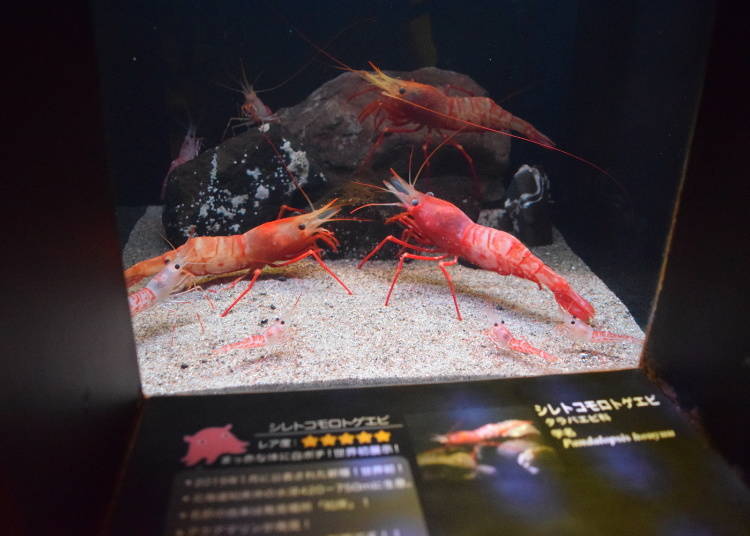 One of the features of “Aquamarine Fukushima” is that a lot of rare aquatic creatures are on display. Those aquatic creatures are collected by staff in nearby local places. As a result, sometimes they happen to find some rare creatures. You can enjoy watching the new kinds of shrimp like “Rhubarb key Jin Shrimp” and” Snow White shrimp” or “Hagoromo konjac Walsh” which was an unidentified fish in Japan.

This exhibition is placed in “Oyashio ice box” area of the second floor.

The mystery of the “living fossil” - Coelacanth 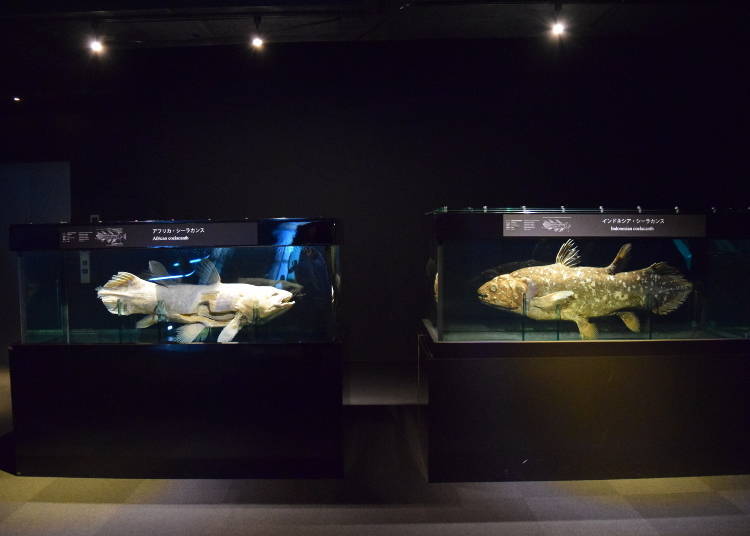 The Aquamarine Fukushima staff has been studying about the coelacanth since the aquarium opened. Surprisingly, they took the world’s first picture of juvenile Indonesian coelacanth. It is available to watch the precious video in the “World of coelacanth” on the first floor.

Also, the exhibition of the coelacanth two specimen is opened in the “evolution of sea-life” area which is next to the “World of coelacanth”. The coelacanth currently inhabit are two of African coelacanth and Indonesian coelacanth. These two kinds of specimens have been displayed in the area. This simultaneous exhibit can only be seen in Aquamarine Fukushima in the whole world. This exhibition is open by May 2020 (planned)

There are many experiential learnings for the visitors 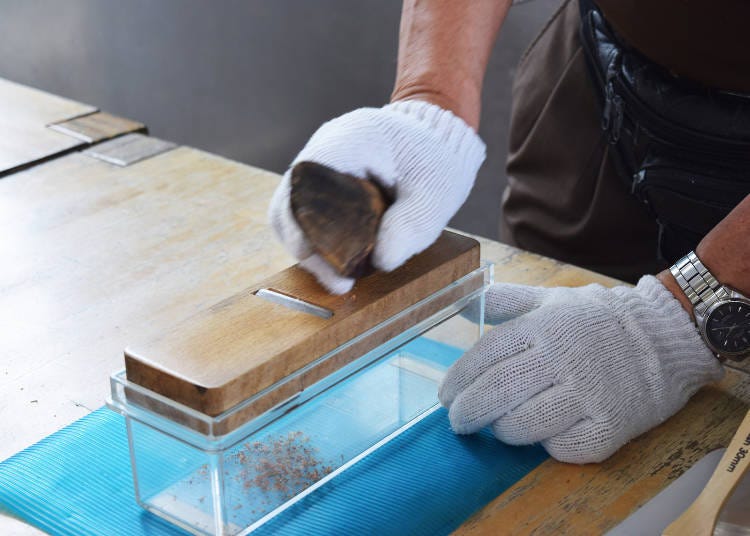 “Aquamarine Egg” on the first floor offers a workshop, making canned food, and another experiential learnings every day. (Payment is required, no reservation needed.)

In addition, a special guided tour (free, no reservation required) is also very popular. Here, you can go behind the scenes and visit the back of an aquarium which you usually can't enter, such as a tank management machine and a room for preparing food for creatures.

These tours are held between 9:30am and 3:30pm, it takes about 30 minutes. Up to eight people can participate at one time, and will start as soon as the number of people is complete.

A must-see exhibition when visiting Japan! 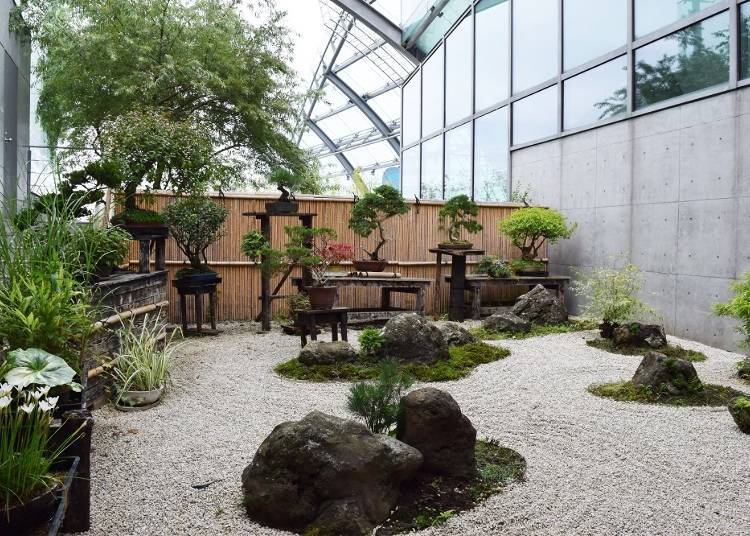 Bonsai are neatly arranged by the Onahama Bonsai Study Group regularly so that you can see them beautifully anytime.

The shape of the aquarium tanks differ according to the types of goldfish to see the most beautiful figures of each.

It has a pamphlet which is available in 4 languages (Japanese, English, Chinese, and Korean). The guide boards are also written in those 4 languages.

In addition to selling the entrance tickets and distributing the pamphlet in the reception, they also have a service to keep hold of for large size luggage. If you are unsure, feel free to ask the reception.

A Trip to Tohoku, Fukushima: Favorite Tourist Attractions for Shopping and Fun
*This information is from the time of this article's publication.
*Prices and options mentioned are subject to change.
*Unless stated otherwise, all prices include tax.