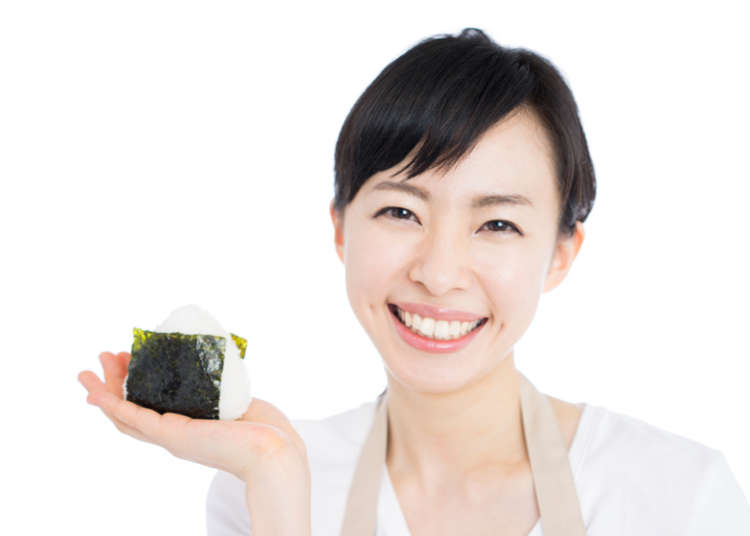 Japanese Seaweed: All About 6 of Japan’s Most Popular Varieties!

As an island nation, Japan harvests numerous types of seaweed from all around the country, such as hijiki from the crevices of rocks by the sea, and kombu from the shallow waters off the coastline. Seaweeds—and seaweed-derived products—have been central ingredients of Japanese cuisine for thousands of years and are still widely enjoyed today. Healthy, low-calorie, and packed with fiber, minerals, and flavor, Japanese seaweeds are used in everything from preparing dashi broth, to salads, soups and wrapping sushi rolls. Here is a guide to the seaweeds that are commonplace in both Japanese restaurants and homemade Japanese meals, so that you can enjoy these delicious and nutritious alternatives to land-based green vegetables! 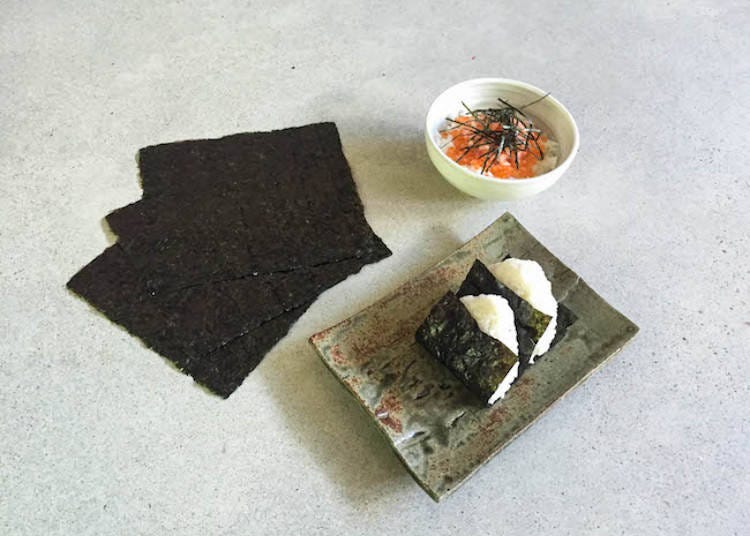 Nori, or dried laver, is perhaps the most familiar seaweed to those outside of Japan, as it is the variety used to make sushi rolls. With a savory, salty taste, nori is almost always eaten dried, and is sold in sheets or strips for making sushi, wrapping onigiri (rice balls), and for eating plain as a snack.

Nori not only adds flavor variety to each meal, it also often serves a rather practical purpose such as keeping the rice together in sushi rolls or as a place to hold without getting your hands sticky eating onigiri (though some people prefer to use the plastic in store-bought onigiri nowadays).

Dried nori sheets are produced by pressing shredded edible red algae into thin sheets and drying it, similar to the process of papermaking. Other forms of nori include kizami nori (shredded nori), for garnishing dishes such as donburi (rice bowls), and aonori (powdered nori), used as a condiment on foods such as okonomiyaki and yakisoba. More than adding texture and flavor to the meals, it’s aesthetically pleasing as well.

Flavored nori (ajitsuke) is also available, with common flavorings including soy sauce, salt, and sesame oil. If you’re a little intimidated by the sound of the word “seaweed” as a food product, nori is the place to start as it is a taste that’s virtually loved by everyone! 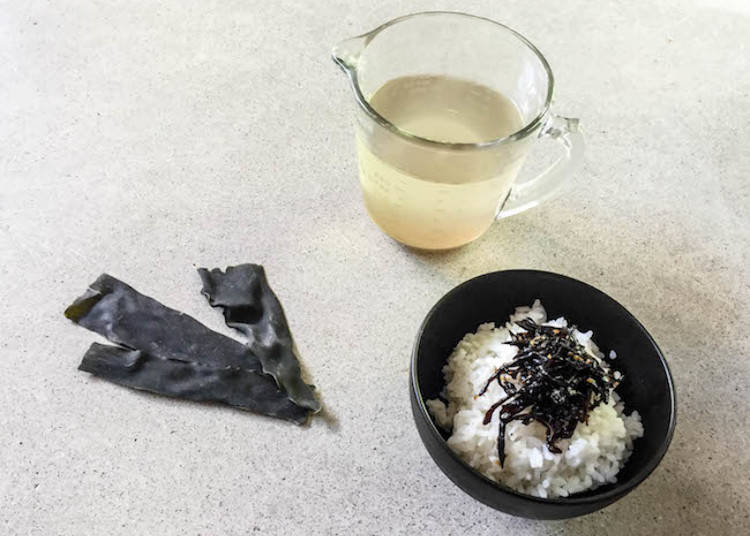 Kombu is a variety of bull kelp gathered mostly off the coast of Hokkaido in northern Japan. It has a tough, leathery texture and must be rehydrated before use. Packed with calcium and iron and a savory umami flavor, kombu is one of the main components of dashi broth, an essential ingredient in almost all Japanese dishes.

In addition to being used for stock, kombu can be cooked in “tsukudani” style, where it is caramelized in soy sauce, sake, and sugar until the color darkens and the texture becomes soft and chewy. This type of kombu is a popular filling for onigiri, a topping on rice, and addition to salads and vegetables.

Kombu can also be used to prepare as a type of tea—kombu-cha—in which dried kombu pieces are steeped in water. While its namesake is identical to the healthy fermented beverage that's all the rage in many Western countries, Japanese kombu-cha has different properties than the other Asian variety. Since it also has a lot of health benefits, many Japanese drink it regularly to take good care of their bodies. 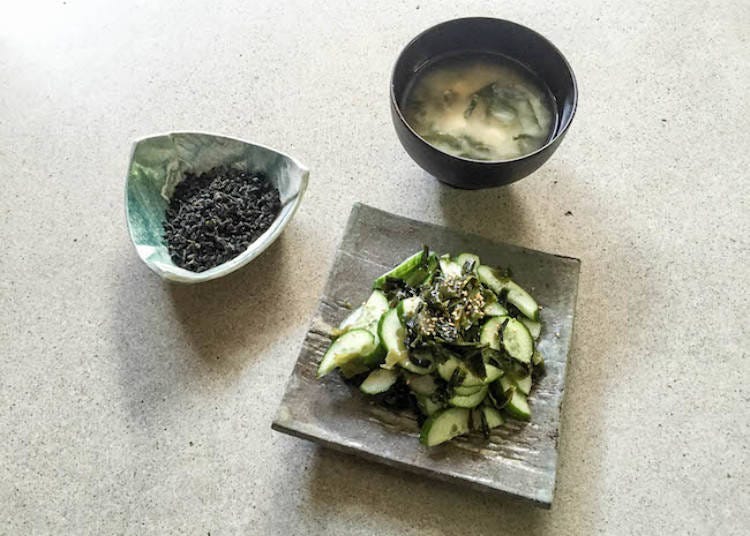 Wakame is one of the most commonly consumed types of seaweed in Japan and has a mild, sweet flavor. You may have seen this if you’ve had miso soup at your favorite local Japanese restaurant before. Fresh wakame is harvested from the Sea of Japan from February to June, but dried wakame is available year-round, and can be easily reconstituted by soaking in water or another liquid.

Wakame is a common addition to salads, sunomono (vinegar-pickled vegetables), and possibly most importantly, miso soup. Easy to make and containing many health benefits, miso soup is a staple food in most households as it quite commonly eaten with every meal which means this is another type of seaweed that is consumed quite frequently. It can also be lightly stir-fried to make yaki-wakame for a tasty treat. 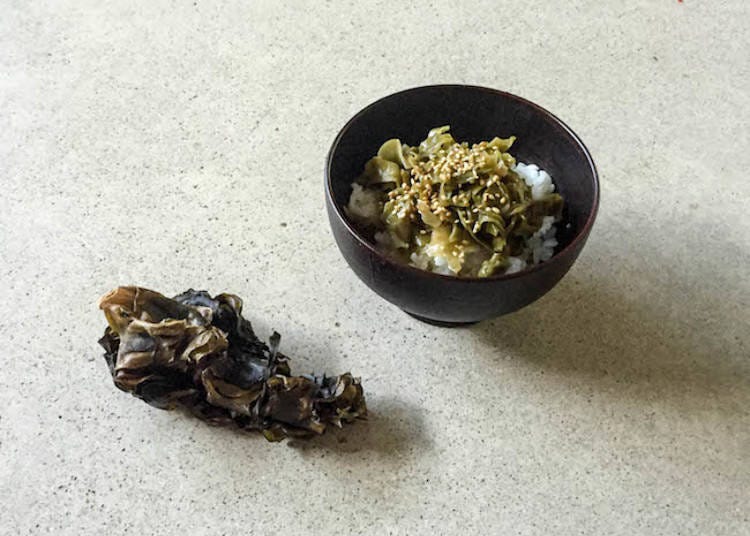 A seaweed with a bit more of a peculiar texture than the others, mekabu is the flowering part of the same sea plant as wakame, found just above the root. It’s a briny, yet mildly sweet seaweed with a somewhat slimy texture that classifies it as one of Japan’s “neba-neba” (slimy) foods (see natto or uni). Mekabu is available either whole or shredded, dried or fresh. Try not to let the sliminess put you off—the briny flavor of mekabu is highly refreshing when paired with citrus-based ponzu dressing or some vinegar and soy sauce. You can enjoy mekabu in soups, salads, as a dipping condiment for noodles, or as a topping over rice. 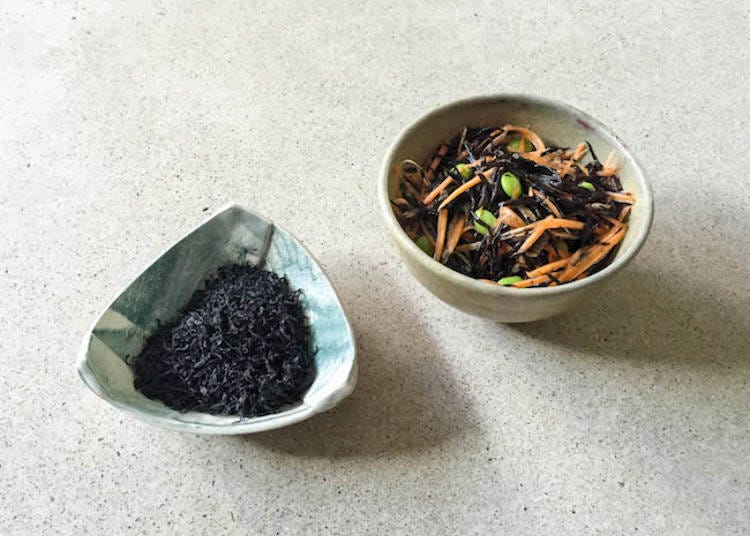 Hijiki is a type of seaweed collected from the rocky coastlines of Japan. This is yet another popular, healthy food as it’s rich in essential minerals and dietary fiber. It has a thin and knobby, somewhat branch-like appearance, and a nutty, earthy, slightly oceany flavor - without being over the top.

It is commonly used in stews and soupy dishes such as ochazuke, and in salads, where it is combined with ingredients such as fried tofu, julienned carrots, shelled edamame, konnyaku, lotus root, and other vegetables, dressed with sweetened soy sauce, and mirin. Hijiki is purchased in dried form, and for use it in salads, hijiki is first rehydrated in water then drained.

What is Kanten (Agar Agar)? 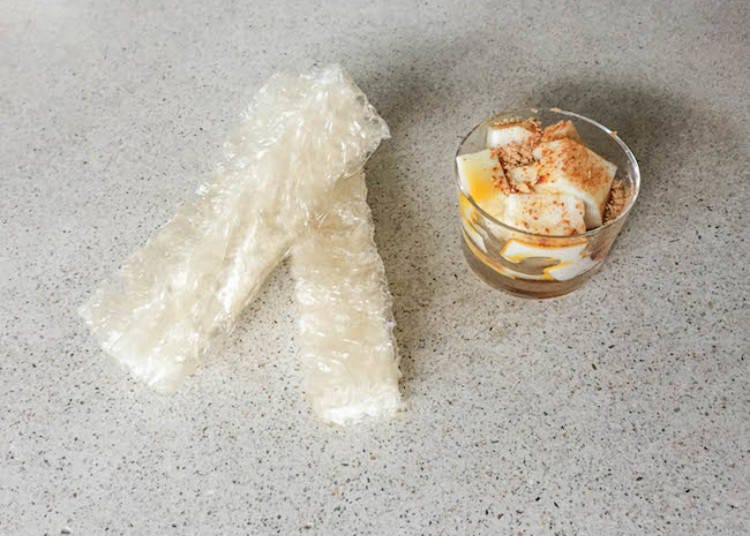 Kanten is an excellent plant-based alternative to gelatin derived from animal products, as it vegetarian and vegan-friendly. It can be bought in powdered, stick, thread and flaked form, and is dissolved in water then boiled before use. Kanten is more potent and results in a firmer jelly than animal-based gelatin, so if you’re using it as a gelatin substitute, the amount may need adjusting. This is a great alternative for vegetarians and vegans alike.

How to Buy Japanese Seaweed

Outside of Japan, the different varieties of Japanese seaweed can be found at Asian supermarkets, specialty grocers, health food stores, online retailers, and are also increasingly available in the international section of regular supermarkets. Another great to find Japanese goods like seaweed is Chinatown (ironically) if you have one in your area. Supermarkets in Chinatown often have several products from other Asian countries as well. In general, darker-colored seaweeds indicates higher quality, while a bright green color can indicate that food coloring has been added.

To assist you in finding the seaweed you’re looking for, Kombu is sold in thick, greenish-brown sheets with a leathery appearance whereas wakame is typically sold in big bags of leafy, dried seaweed that appear black when dried, but become green again when reconstituted with water. Mekabu may be difficult to buy outside of Japan, but can sometimes be found in health food stores and online retailers, most often in dried form, and can be either sold whole or shredded. Nori is quite common and can be found almost anywhere. Look for whole sheets for making sushi rolls, individually packaged strips for snacking, and shredded or powdered nori for decorating dishes. Hijiki is typically sold dried and packaged in bags and has an appearance like black tea. Kanten is sold in stick, powder, and flake form, and all forms are equally as effective for producing jellied dishes.

If you’re interested in Japanese food or want to eat more healthily, then you should definitely try the wide variety of seaweeds available in Japanese cuisine. It’s easy to start with something familiar like nori, which you may have already eaten in sushi rolls, and then move on to wakame in miso soup, before trying the slimy-textured mekabu or unique-looking hijiki. Don’t be fooled by the sound of “seaweed” as a food product as these are all quite tasty. If you like salad, you’ll be hooked on Japanese seaweed in no time. Itadakimasu!