HOME It's More Dangerous AFTER an Earthquake?! Secondary Disasters and What You Need to Know 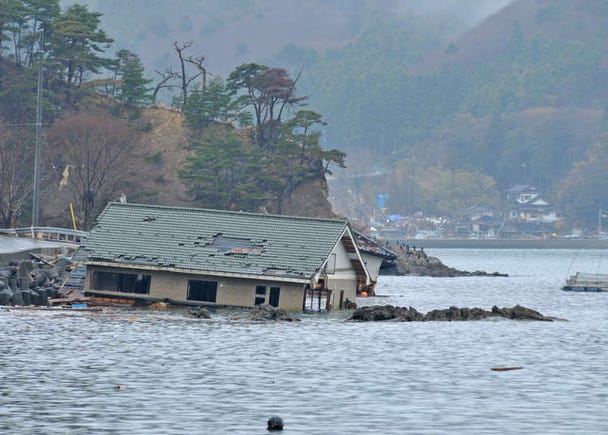 It's More Dangerous AFTER an Earthquake?! Secondary Disasters and What You Need to Know

Ever heard of the phrase "secondary disaster"?

There's always a possibility that foreign visitors of Japan may find themselves getting caught up in secondary disasters before they've even properly processed the primary one. The island nation is, after all, one of the most disaster-prone countries in the world. Here you can find out more about what kinds of secondary disasters could happen on your Japan trip, and let this knowledge empower you to stay calm should that unfortunate event occur.

There are a few secondary disasters one can usually expect to see after natural disasters such as earthquakes or typhoons. We'll be listing out some main types and what you should do when such incidents do happen. Feel free to use the information here as a frame of reference.

The Effects of Secondary Disasters 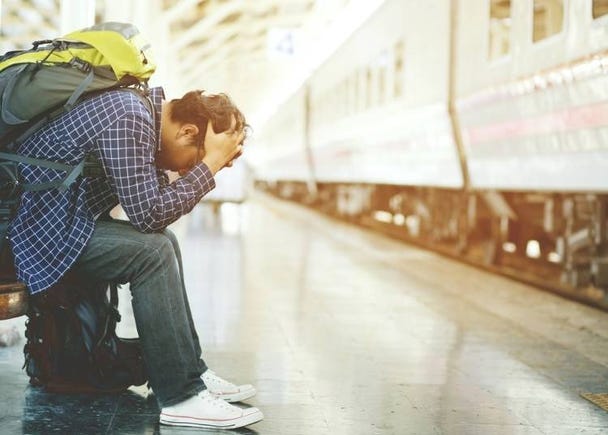 For visitors from overseas, the first thing on their minds after encountering a disaster is probably how they can get back to their home countries as soon as possible. In reality, however, this may be harder to arrange for than it seems due to various circumstances, and it can cause much undue stress and additional mental anguish.

What's more, if a tourist is unfortunately injured during a disaster, they'll likely need to remain in Japan to receive medical care first, since public transportation agencies may not be operational immediately after a disaster, making it virtually impossible for them to return to their home countries to seek treatment.

If there is widespread power outage, communications may be down as well, forcing them to have to choose between waiting the situation out in an evacuation center or at their present accommodations. These are all big decisions to make for visitors who were only planning to stay for a short period of time.

Foreign visitors aren't the only ones affected either. Local Japanese residents also need to depend on accurate and reliable disaster information to ensure their safety.

Information not being disseminated properly to travelers is usually the main cause of secondary disasters such as panic disorders and mental stress, so it's critical for all travelers to know where to find quick access to updated multilingual information immediately following a disaster. 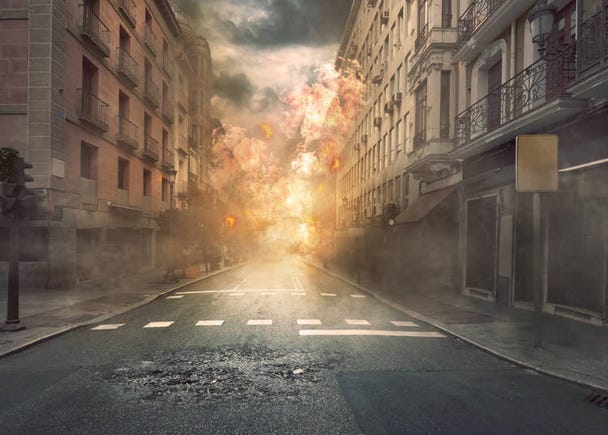 The three main direct disasters, or primary disasters of Japan are: 1) Earthquakes, 2) volcano eruptions, and 3) typhoons or heavy rain. It's important for you to understand and acknowledge that Japan usually goes through a number of these disasters every year. And, at the risk of sounding repetitive, we would like to remind our readers once more that the most amount of damage usually occurs during the secondary disasters that follow the primary one. 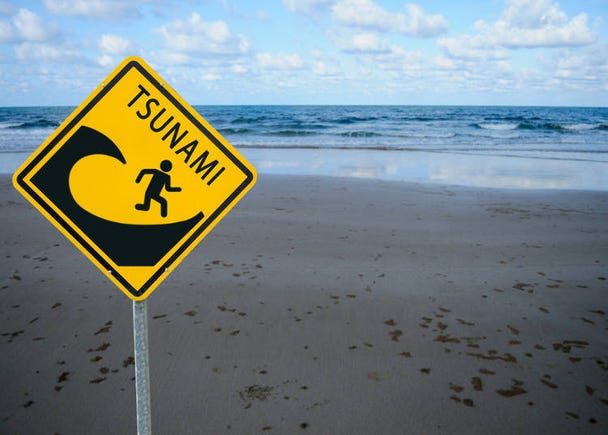 [Tsunami]
The 2011 Tōhoku earthquake was widely reported on by international media and remains fresh on the minds of many even today. The large scale of the earthquake resulted in equally large-scale secondary disasters, the most destructive of which was undoubtedly the tsunami. Because the tsunami came quickly after the quake, essential utility lines were severed, fires broke out everywhere, and there was a nuclear power plant accident. Damages quickly mounted up from the whole chain of events and became the cause of countless lost lives.

What foreign visitors can do: During the Tōhoku earthquake, the tsunami made even local Japanese residents fly into a panic. The most commonly suggested method to deal with this disaster is to evacuate to a high mountain or building as soon as possible. Rather than try to find a multilingual website with more detailed information and end up exposing yourself to more danger because of the delay, the most prudent course of action here is to simply look for higher ground you and your loved ones can evacuate to.

[Fire]
This happens often during winter, when electronic appliances like space heaters are in use by many. If there is a delay in putting out any fires because of the earthquake, even a small flame could lead to an uncontrollable inferno.

What foreign visitors can do: Quickly turn off all heaters and cooking fires and trip the breaker before evacuating the house or accommodations. Of course, you'll need to ask for details about the heaters and breaker in the house beforehand for this to work. 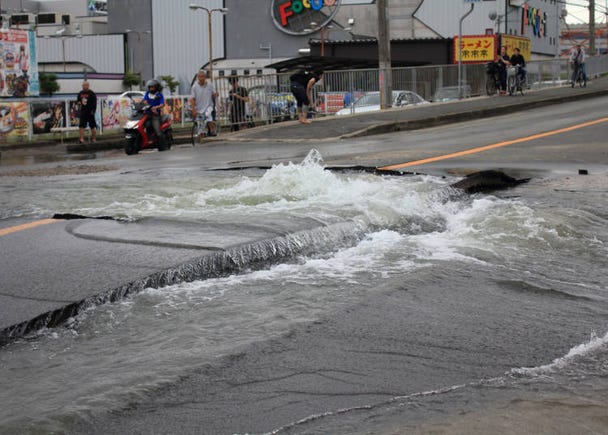 [Severance of Essential Utilities]
In the worst case scenario, not only will the traffic network be disrupted, all essential utilities like electricity, running water, and gas will be cut off as well, which means you may suddenly find yourself unable to carry out your usual daily affairs. Even in small-scale disasters, the transportation system is usually stopped for a time until they can be checked for safety. Electricity and gas services are sometimes stopped as well.
For travelers, this means you may not be able to go sightseeing or check into your next accommodation. It may take a few weeks to a month for electricity, running water, and gas services to be fully restored, and if it turns out you may have to wait things out at an evacuation center instead, this could have a big impact on your daily life.

What foreign visitors can do: If the transportation system is down and you're not able to arrange to return to your home country, switch gears and think about how you can take things one day at a time instead. The first thing you can do is ask your accommodations if they have space for you, or get someone to point you to useful information about homestays or evacuation centers.

You'll also want to find a way to get updated information about trains, buses, and airplane companies. Ensure that you have a way to charge your smartphones, or look for someone who can help you with that. If you don't have food or water handy, you may also want to consider securing some as quickly as possible.

You can also get helpful advice by contacting the Japan National Tourism Organization or the city hall, government office, or tourist information center of the disaster-stricken municipality, but be prepared to wait as phone lines may be congested because of the high number of other people calling in as well. It may be faster to try asking a local Japanese resident nearby about the situation instead, even if all you can do to communicate with them is gesture. 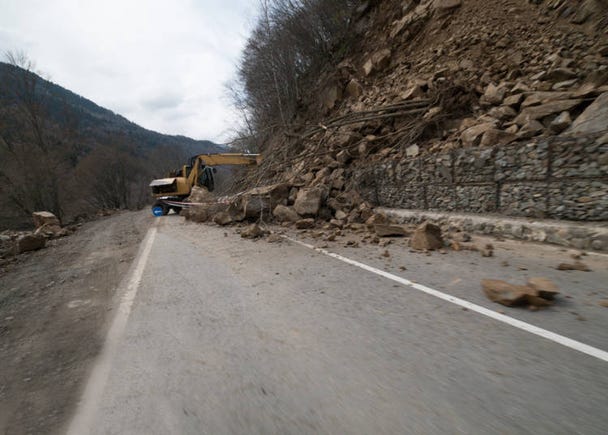 [Crack in the earth / Landslide]
When fissures start appearing on the earth, weakened foundations or inclined ground can collapse all of a sudden.

What foreign visitors can do: If you know there's a crack in the ground or landslide at your lodgings or wherever you're staying, avoid them at all costs no matter how minor they may seem. The same advice applies to cracks or landslides in hills, mountains, or cliffs. Evacuate to a safer place if that option is available.

[Economy Class Syndrome / Deep Vein Thrombosis]
This refers to blood clots that form in the veins of the legs, a syndrome often found among those living in evacuation centers due to infrastructure collapse. It occurs when someone sits motionlessly in the same position for a long period of time, causing blood to clot in blood vessels. This condition can be life-threatening in certain circumstances.

What you can do: Don't stay in the same position for too long. Stretch your legs often and keep in mind to stay hydrated at all times. 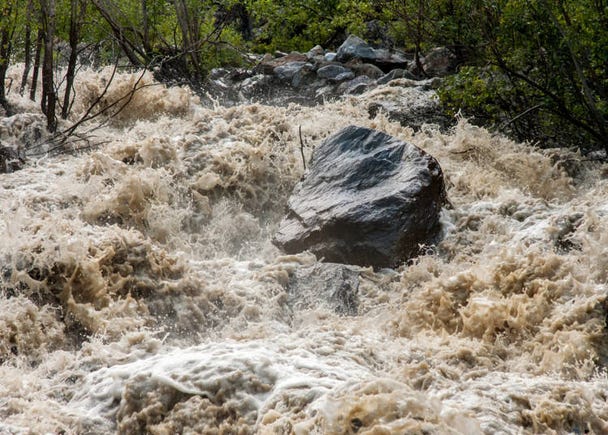 [Volcanic mud flow / mudslide]
When a volcano erupts, tons of foreign matter is spewed out as well, including volcanic mud flows or mudslides. The volume of such outflows is large enough to bury an entire settlement and cause fires and damages to an extensive area.

What foreign visitors can do: If you see warning signs that a volcano is about to erupt, such as thick and dense black smoke, you don't need to check on a website to know that it's time to evacuate! Once volcanic mud starts spilling out of the volcano, it travels at a deceptively rapid speed and may catch up to dawdling escapees. Avoid fatal incidents by quickly evacuating as soon as you become aware of an imminent eruption.

[Eye/respiratory/circulatory system health hazards]
If you breathe in the volcanic ash from an eruption or smoke from a secondary fire, your taxed respiratory or circulatory systems may start behaving erratically. If fine particles manage to get into your eyes, they may cause corneal abrasion or acute conjunctivitis as well.

What you can do: Wear masks or goggles when going outside and avoid using contact lenses. If you start coughing non-stop or manifesting other undesirable symptoms, seek medical attention as soon as possible, and try to evacuate to a safer area. 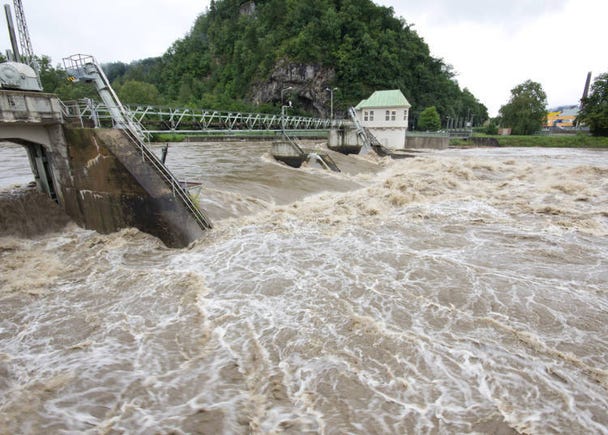 [River flooding]
For heavy rain caused by typhoons and atmospheric pressure, there's an increased risk of flooding in both small and large rivers. Even if the river doesn't seem particularly perilous, there's still the possibility that a dam failure further upstream may occur all of a sudden.

What you can do: When the river's water reaches a dangerous level, stay as far away from it as you can, because the risk of getting swept away is very high. If you sense that the situation seems especially urgent, evacuate immediately to somewhere higher than the river. If you happen to be near your accommodations, return there and wait for further instructions. 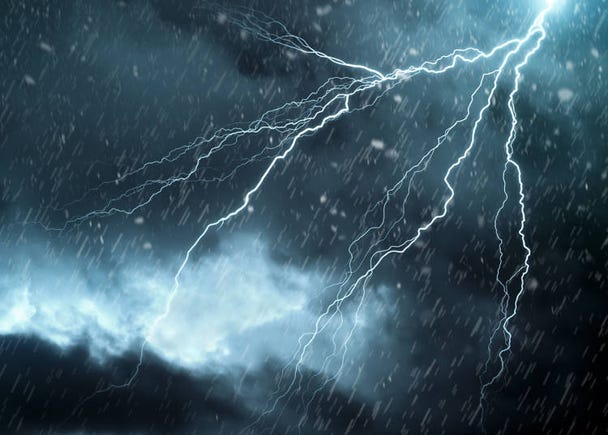