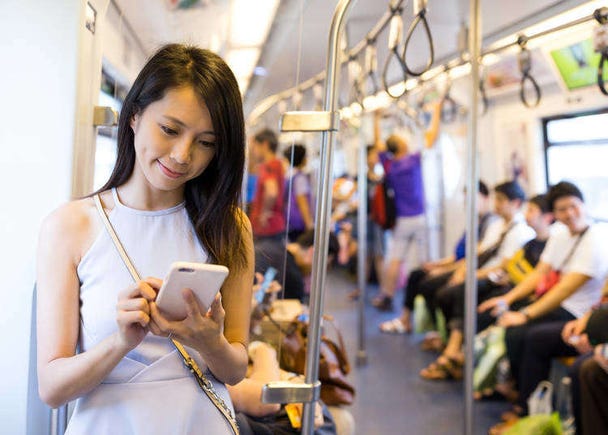 For foreigners living in Japan it goes without saying that over time they become used to Japanese culture, customs and the local lifestyle, while at the same time, perhaps without even realizing it, becoming more and more Japanese in how they live.

For foreigners living in Japan it goes without saying that over time they become used to Japanese culture, customs and the local lifestyle, while at the same time, perhaps without even realizing it, becoming more and more Japanese in how they live.

1. The unexpected opening of the automatic door of taxis! 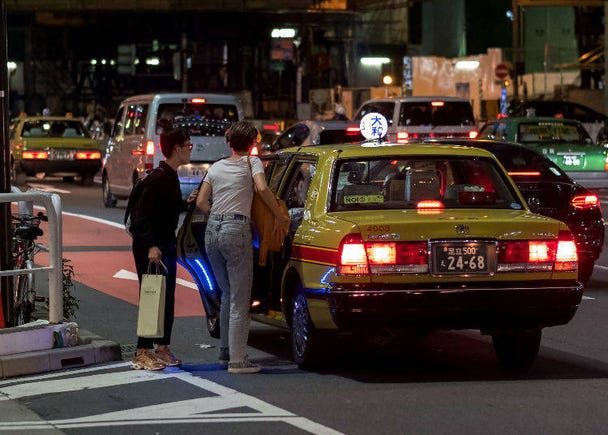 “In my country we have to open taxi doors, but in Japan they automatically open after they park up, or if you indicate you want to get in. I got so used to this that when I go back to Taiwan I end up standing outside taxis waiting for the door to open, and one time a taxi driver asked me if I was waiting for a bus!” (31-year-old female office worker – 4 years in Japan)

For many visitors to Japan automatic taxi doors may be unexpected, but after a while you just get used to it! 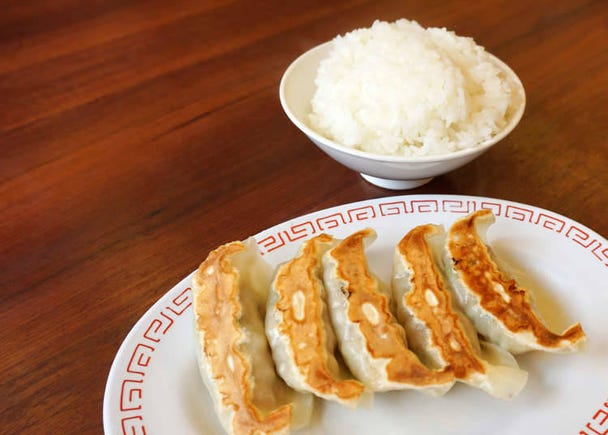 "In Taiwan we often eat fried dumplings, ramen noodles and rice, but we rarely eat them together. But in Japan it is quite normal to have a dumplings and fried rice or ramen and dumplings set. Now when I go to a restaurant I feel like it is normal to have this kind of mix of food.” (31-year-old female office worker – 4 years in Japan)

Restaurants in Japan often serve fried dumplings with ramen noodles or a rice dish, for Taiwanese people it is quite different and can take time to get used to. However, it is delicious, although it is quite unhealthy! 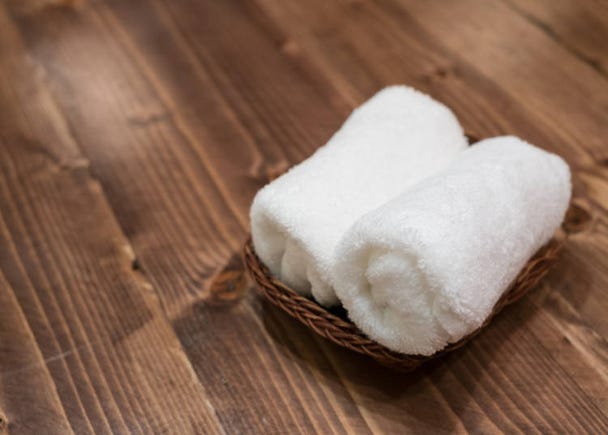 “Any Japanese restaurant you go into will give you a hand towel as soon as you sit down, which is normally hot but in low-budget restaurants will just be a cold wet towel in a plastic wrapping. This custom doesn’t exist in most other countries, but if you live in Japan you just get used to getting one so that you can wipe your hands etc. A little while ago I went back to Taiwan and when I didn’t get a hand towel I asked the waiter where it was, and then I remembered this isn’t normal in Taiwan!” (24-year-old male student – 2 years in Japan)

When I first came to Japan, I didn’t know what this towel was. I had a dinner with a few Japanese friends and everyone naturally opened the plastic wrapping and wiped their hands with the while mine stayed unopened on the table. After a while I noticed it and felt a little embarrassed. 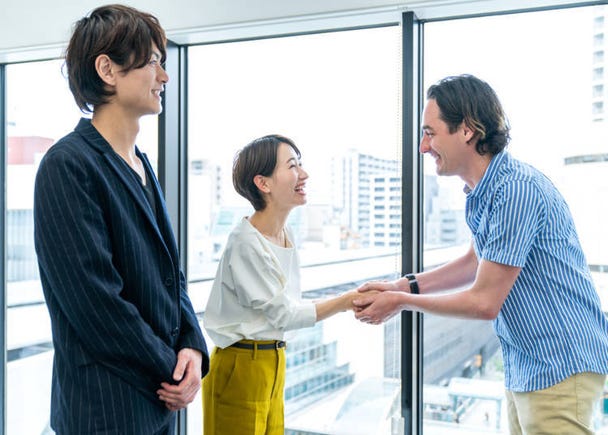 In Japan ‘hai’ means yes, it isn’t a greeting, but we hear it a lot.

“When Japanese people talk with each other they will say ‘hai’ a lot in order to let the other party know that they are listening, together with this they nod a lot too. I have got so used to this that I find myself saying ‘hai’ a lot when speaking, and even when on the phone I realized that I am nodding! That was the moment I realized that I had become just like Japanese people.” (30 year old female office worker – 8 years in Japan)

5. Karaoke should be sung in order! 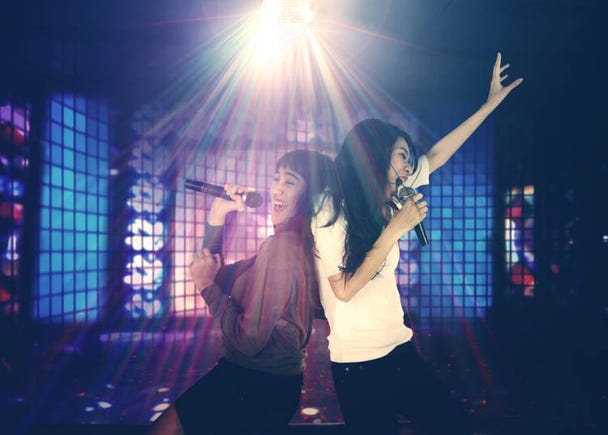 "When I go to Karaoke with my Japanese friends, no matter how good the friendship is, everyone will take turns singing songs and will strictly sing in order. I am so used to this Japanese way that when I go back to Taiwan and go to karaoke friends, I found that everyone, without thoughts of politeness, sing when they want to, and even sing along with other people’s songs. If I try to be polite then I won’t get a chance to sing! I realized that the way I was behaving was very Japanese.” (29-year-old female office worker – 7 years in Japan)

In Taiwan the most important thing is that everyone sings together, and everyone singing in order isn’t very important. It feels like doing something together, creating a fun atmosphere together, is key.

6. Waiting to eat, and having a toast! 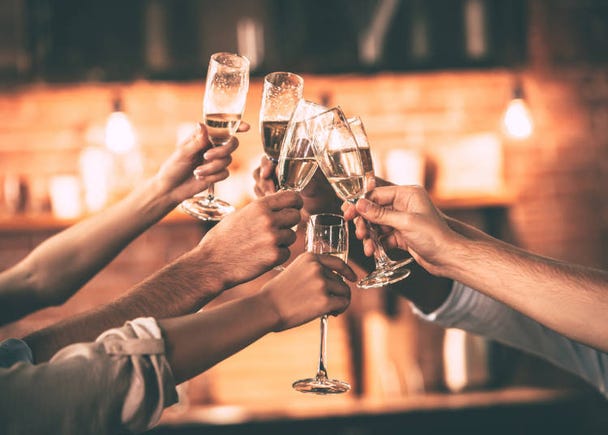 "When I have a meal with friends in Japan, even if I get my dishes first, I won’t eat. I always wait for everyone else’s meal arrives and then we all eat together after saying “いただきます” (itadakimasu – bon appetite). At drinking parties in Japan we don’t start drinking until everyone has got their drink, and someone has made a toast. I feel like these customs for eating and drinking is very Japanese, and it took me a while to get used to it. Now, even if I have dinner with Taiwanese friends I always wait to eat and drink.” (27-year-old male office worker - 4 years in Japan)

Regardless of the occasion, in Taiwan there really is no concept of "waiting for everyone to get together" and "having a toast first"; but in Japan, even if it is just a casual student get together, everyone does this.

7. Japan has amazing toilets, even in public! 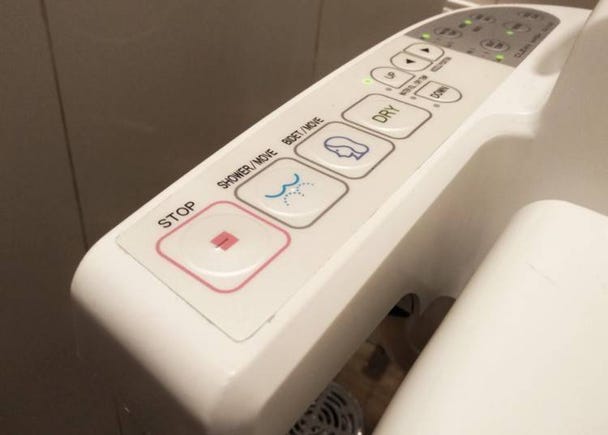 "I am really accustomed to Japanese toilets! I can't live without them! I will have to take one back to China when I move back there!" (31-year-old male office worker - 7 years in Japan)

Toilets are a great invention anyway, but in Japan it has become a technological art. Once you get used to the cleaning functions, it is really difficult to return to ordinary toilets. Another great thing in Japan is that even public toilets, which are very clean, have these toilets which can’t be seen in public toilets in pretty much any other country. Traditionally, in terms of electronics, Japan is famous for televisions, washing machines and refrigerators, but really today there should be a fourth one added to that list – toilets!

8. It is very safe to cross the road 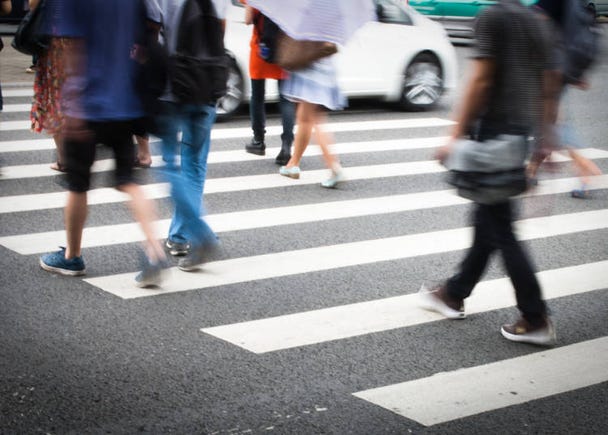 “Japanese car drivers are generally polite to pedestrians, so when you are crossing the road you don’t have to be super alert about vehicles. It is just very safe. You can cross the road in confidence, and safely. Many drivers in Taiwan are quite rude, and are really not very polite. This means that now I am used to how drivers are in Japan that when I go back to Taiwan I feel a bit in danger and really have to make myself pay attention.” (32-year-old female office worker – 4 years in Japan)

9. If you take the bus or tram, then please be quiet! 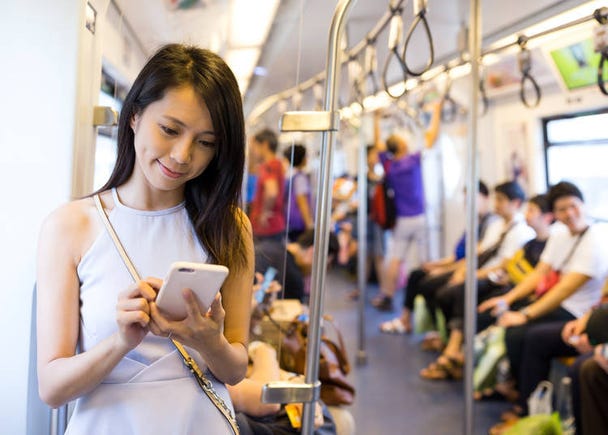 "When I take a bus or train in Japan people basically can’t talk on the phone. Even chatting with friends who are in the same carriage is frowned upon, so buses and trains are often very quiet. I got so used to it that when I go back to Taiwan I end up feeling like everywhere is so loud, on the buses and trains people are talking loudly, or on their phones. Even my parents, when they visit me in Japan, say that they can't understand why they can't talk in the train." (33-year-old female worker – 9 years in Japan)

There are many signs and announcements in trains in Japan asking people to put their phone on mute and to not make phone calls. But in Taiwan, and in other countries too, these kinds of restrictions on phones, and even general chit-chat, just don’t exist. 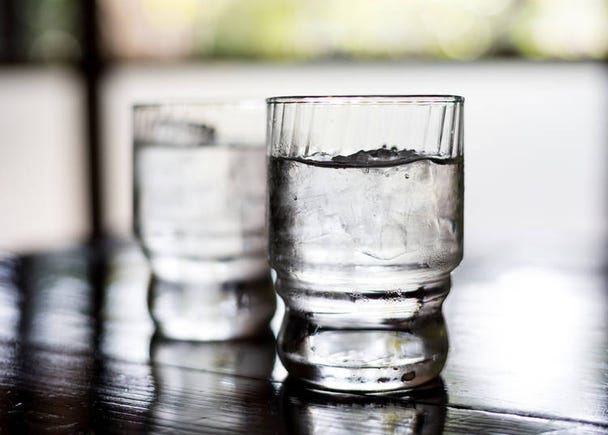 "After sitting down in a Japanese restaurant you will always get a hand towel and a glass of water with ice. Taiwan doesn’t have either of these habits, but in particular although some restaurants in Taiwan will give customers, but I have now got in the habit of drinking ice water. I realized that ice cold water with a meal is really good for washing away the aftertaste of food. I think many Taiwanese people who have just arrived in Japan find it hard to get used to getting ice water with a meal." (25-year-old female student – 2 years in Japan)

What do you think? Have you experienced moments like this or some other things? Although Japan and Taiwan seem to be very close, Taiwan has also been influenced by Chinese culture and thought, so some habits are still very different from those of Japan. The next time you have the opportunity to travel to Japan, or have a dinner with friends, have a look at what is different or surprising for you!

Are Japanese Ladies Really Like That?! Looking Into 7 Stereotypes About Japanese Women
*This information is from the time of this article's publication.
*Prices and options mentioned are subject to change.
*Unless stated otherwise, all prices include tax.